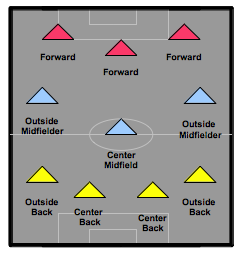 Down a goal? Wanna start the game in a 4-3-3 for some real offensive and defensive pressure on the opponent?

Get that early goal and take the game by the neck? Well lining up in this formation will definitely give your opponents something to think about.

More offensive minded and aggressive is this formation in a nutshell, so if you think you have the personnel to pull it off, make it happen.

So now you wanna know which professional sides use this formation and why it's successful for them?

As well as the requirements and demands this formation takes on from an individualistic and team stand point. Another great way to understand the formation you're playing in (other than playing in it and reading this amazing page) is to understand which formations work well against it.

When you learn which formation can hurt the 433 you will better understand its limitations, gaps and increase your IQ as a player overall. Learn the strengths and weaknesses of as many formations as you can so you know when, where and how to best take advantage of it while playing your next match.

Okay Klopp time to turn your team into the attacking side you've always dreamed of. No pressure.

1. Pressure On The Opponent

3. Best Attackers On The Field

1. Gaps On The Wings

2. Front Three Must Be Capable

4. Lots Of Work For Midfield Three

5. Tough To Flip The Defensive Switch

How Difficult Is The 4-3-3 Formation For Opponents To Handle? Which Formation Is The Best To Counter This Formation? 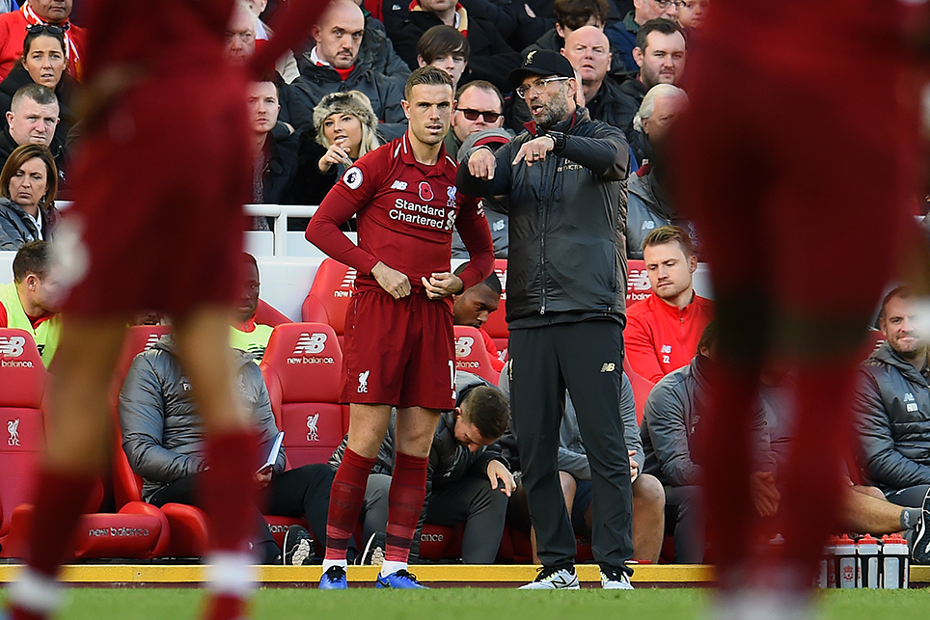 If played with the right energy and mentality the 4-3-3 can be a nightmare for opponents. A back four that has three strikers running at them for ninety minutes and pressuring them every time they so much as look at the ball can be quite a handful. As much as this formation promotes offensive play you need midfielders that can cover a lot of ground to be able to compensate for only three in the middle.

If you're playing in a 4-3-3 one of the toughest formations to come against is either a 4-5-1 or a 3-5-2 formation mainly because of their superiority in the midfield and width in attack.

This formation will make the front three of the 4-3-3 forced to drop back and defend the wide areas weakening themselves on offence at the same time. Proper service to the front three will be a challenge when the midfield three are constantly pressured and overrun in the middle of the park.

Your best bet is to play direct and skip the midfield line and go directly to the forward line from you defenders. This may cause challenges in build up play and transition but you need to find a way to beat the midfield five while not compromising what you do so well which is pressure and attack high up the pitch.

For a deeper analysis of the 433 and formations and it's flexibility feel free to read this article about how it can adapt throughout the game, 4-3-3 vs. 4-1-4-1: Tactical Flexibility.

Some More Strengths Of 4-3-3 Formation

-Perfect for a team with a plethora of attacking players

-A little slim in the middle of the park

-Gaps appear in the midfield when countered

-Lazy defending can leave a back line exploited

Pay close attention not only the positioning and responsibilities of where you play but also of your teammates to understand how the formation works as a whole.  Also you never know you may change positions and it is good to be familiar with the position you are moving to ahead of time and all of it's connecting pieces.

-Goalkeepers need to stay connected with the team as they move forward in attack to reduce the gaps between the defensive line and themselves.

-Bringing vocal energy, instruction and encouragement to all players throughout the match

-Flat back 4 laterally across the back

-Dominate the air, work to hold the middle of the park

-Defensive rocks, relied on to be neat and tidy in the back

-Release pressure by holding your form as a wide wing back

-Flat 3 across the middle (most common)

-Or other variations of the triangle standard or inverted.

As a unit the middle three should:

-Stay composed in the middle of the park, keeping their shape and not getting pulled out

-Keep the rhythm of the game

-Provide defensive stability along with service to wide areas

-Able to recover to assist outside back as much as possible

-Triangle with one in behind two up higher

-Triangle with two behind and one lone striker up top

-Staggered variations of the above sets

-High pressure on the back line of the opponent

Now that you know what it takes in this formation to be successful it takes a unique skill to get the right players to buy into a formation that is not only about all offense all the time.

To an untrained eye sure it seems like this is all offense all the time but to truly make the 4-3-3 effective it takes a combination of discipline defending and fearless attack.

Teams that are successful that line up this way have certain commonalities such as speed, creativity, perseverance and discipline. Instilling that in a side that sets up this way can lead to lethal injections of goals, assists and happy supporters.

Return From 4-3-3 to Soccer Formations Page