Ready for your pro Soccer Tryouts in Europe?
Here is What You Need to Know

Let'sss gooo!! Your agent got you some soccer tryouts in Europe and now all that's left is to train, get the right documents, book your flight, buy new pairs of cleats, get your visa and invitation from the club, did I miss anything? Okay so getting the tryout is obviously just half the battle then all the prep really begins. There's lots to know about soccer tryouts in Europe and about the clubs you may be trying out for so get ready to have a lesson on what it takes to get a pro soccer tryout in Europe, what you need leading up to it and what to expect while you're there.

5 steps to get soccer tryouts in europe 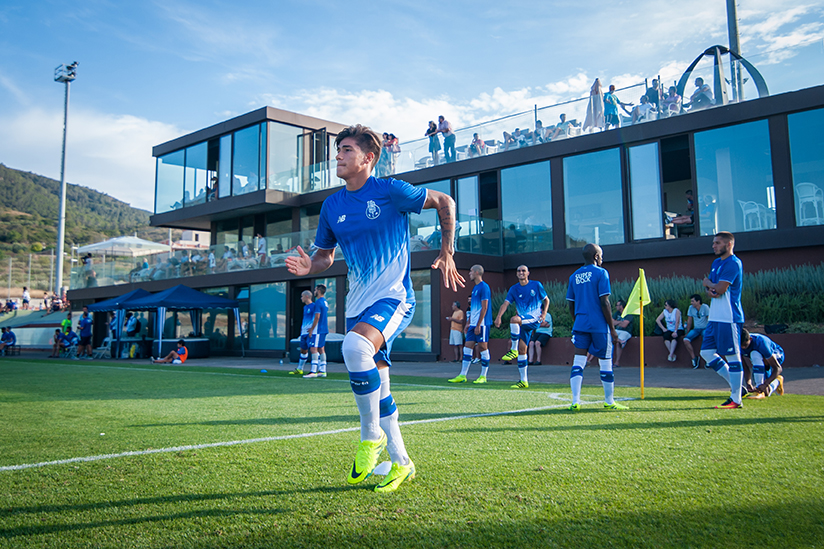 2. Create a Player CV (Resume) -  This player CV (resume) needs to have all your accomplishments, where you've played, your physical characteristics and any other important information you think an agent or a coach may need.

3. Contact FIFA Registered Agents - Now that you have the CV, highlight tape and full game tapes ready you are going to want to contact a registered FIFA agent who will shop you around different clubs looking for a player of your quality in your position. This is the single most important step to getting pro soccer tryouts in Europe.

4. Sign With A FIFA Registered Agent - After finding the right agent to match what you're looking for you will then sign a contract with the agent that typically has their cut of any pro contract you sign (6-11% typically) and other stipulations such as you won't work with another agent etc.

For more information on payment structure of agents and what goes into the contract feel free to read this article, But Who Actually Pays For Football Agents?

5. Agent Searches and You Train - Lastly you need to get prepared for this tryout like your life depends on it while you let your agent search for tryouts in Europe for you. Waiting to hear from the agent that you have a tryout lined up to start training will be too late as these things tend to happen quickly and you could be on a plane the next day.

1. Tryout Confirmation/Invitation - Many soccer tryouts in Europe will typically come with an official document form the club with regards to your official invitation. Not only should you get this prior to attending the tryout to confirm the tryout dates, location, the duration of the tryout and of course just confirm that you have secured the tryout. You can get this from the clubs manager

2. Travel Visa - Depending on where you are going for your tryout in Europe and where you're from you may need a travel visa and those take more than just a phone call or an email to obtain so get started on it right away.

3. Updated Passport - I hope this is just a reminder but be sure that your passport is up to date before you leave and doesn't expire while you're there or even a few months after you're there. Even if you're only going for a 1 week trial you never know if this tryout can lead to another one and how long you will be there so make sure your passport doesn't expire for at least 6 months after your tryouts.

4. Flight Booked/Confirmation - You obviously want to get your flight well in advance and not wait until the last minute to book it in case you're going somewhere in Europe where flights aren't common and you can't get the one you need. Purchase travel insurance because things can change quickly and you want to have the flexibility to change.

5. Club Contact Info and Location Address - Officials at the boarder will ask all the regular questions such as where you're staying, how long you're stating, why you're entering the country and of course an address that you will be at. You don't want to be umming and awwing through this process so make sure you have the address of where you're staying, the clubs address and contact information of the club.

are All Clubs and soccer tryouts in europe the Same?

All clubs are not created equal. You may be so pumped to play pro and wanted it your entire life that you don’t care where you end up, any pro team will do right? Wrong.

Don’t let the prospect of playing professionally allow you to settle for any old team or take any opportunity no matter the situation. I learned that lesson the hard way with one of my many soccer tryouts in Europe. 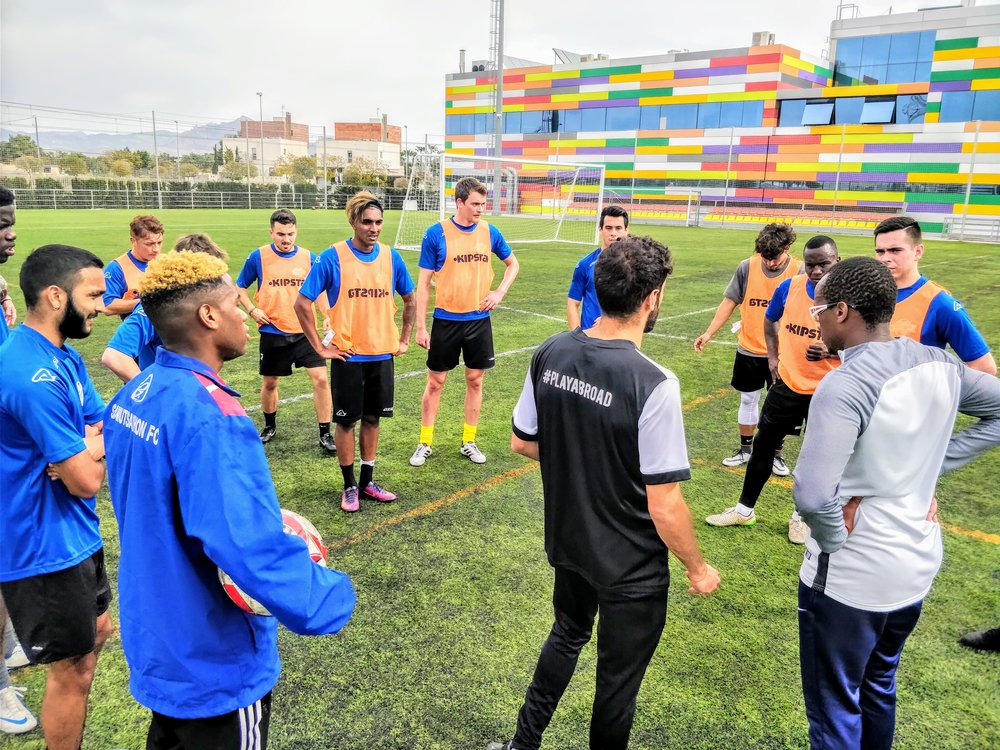 Typically the biggest difference from each division is of course the quality of the players you'll be going up against daily in training. Whether you're training with the first team, the reserves or a combination of both the level of play will no doubt be higher and more intense as you change divisions. Not only will the current members of the teams quality be higher but also the other players trying out if there are any will also be of a higher caliber as you can guess. The players trying out for Man City and Barcelona are quite different than the ones trying out for lower division clubs.

On top of that the amount of what is provided from a gear, accommodation and food stand point is quite different between each division. First division tryouts will typically give you somewhere to stay, food after each training and as much variety of training gear you will need for all situations. The second and third divisions might give you one or none of those things so expect to get nothing at your soccer tryouts in Europe and be pleasantly surprised when you do get provided with something.

how long are soccer tryouts in europe typically?

There is a pretty wide range of how long these tryouts can be, some can last one day (those usually don't go your way) and others can last up to a month. Of course prepare yourself for both and just roll with the punches while you're there. Typically if it is a serious tryout the coach will want to see you in a few training sessions, and some sort of match whether it's an exhibition game or a full field inter-squad game to really gage your level. They might even through in a fitness session or two so be sure to be ready physically for that.

how difficult are soccer tryouts in europe typically?

It's all about falling into the right situation. What I mean is finding a club that pays on time, is looking for your position, treats their players well and has high aspirations is the holy grail. Most clubs you tryout for won't be that perfect fit and will beat you down to your knees at times so saying it will be difficult is an understatement. If you're willing to persevere and understand that it may not be your first, second or fifth tryout you make but eventually you'll get there then you've got a shot at this.

I ended going on trial and staying with a club for a little while in some small town of Serbia. The wages were no good, never on time. The club treated you like a piece of meat and the general atmosphere of the club was negative. Every touch, sprint and pass was questioned and their way of dealing with every issue was to scream at it.

If you are willing to be dragged through the mud just to say “I played pro”. Then go for it. But remember, what you see on television in the EPL, Champions League etc is 2% of professional football, the rest is a grind and a fight.

How Do I Know if A Certain Country or Club is a Good Place to Go for tryouts?

Great question. Every country and every club is different but there are certain places in the world where you may raise your eye brow if you have an opportunity to play in.

Whenever my agent brings up a new location possibility and I want to know more about it I do a few things:

1) Ask my agent to ask other agents or contacts what that club and country is all about so I know I’m getting into a good situation if I decide to go on trial there.

2) Do some research myself on the club/country. Whether it’s online or wherever else.

3) Since I have teammates now all over the world I try and contact an ex-teammate who has played in that country or if I’m lucky that same club. If not I ask a bunch of teammates what they have heard about it. Somebody is bound to know something about it or crossed paths with that country and will know what quality of football is played there.

When Do I Get to Tryout for a Big Club?

Just like any job you need to build your resume, soccer tryouts in Europe are all about credentials. If a professional scout, coach or player has ever approached you, the number one question you are going to ask and be asked is, “where have you played?”

Nothing else matters or should matter; same as any job, you want to work for Google but before that you worked at Burger King and Wal-Mart, good luck! Oh you worked at Microsoft and Apple? Google will now be more inclined to give you an interview (trial).

That’s exactly how it is in the professional soccer world, so remember it takes time and takes a natural progression of you building your resume and credentials. That or marry the club presidents daughter!

No team will take a risk on an unknown, especially if they have hundreds of local kids or players already in their program with the same playing experience, or lack their of. If nothing else, playing on a lower club will give you the opportunity to build your portfolio and video highlights for marketing the next step.

What If I Have No Other Options?

If your options are down to one and it’s either there or nowhere you need to ask yourself if you’re willing to be dragged through the mud for a season. Because you don’t know the situation you’re entering you have to assume the absolute worst. If you say yes to that question then you have your answer. Soccer tryouts in Europe can lead you down a difficult path so you need to be prepared for everything.

Although it may have been a difficult time in the lower leagues at times before I worked my way up, you must realize that those experiences as difficult as they may be will prepare you to expect and be able to deal with anything later in your playing career.

If you have a bad experience with your first season with a club, or first trial don’t kill yourself over it. Head up, you must look forward and use that experience with whichever soccer tryouts in Europe or elsewhere you get next.

Not all clubs will be disorganized, disrespectful and unfair. Many of them are but several of them aren’t. Generally, the higher the team in rank (division) the better the wages, atmosphere and organization.

This is not always the case though; I’ve played in clubs in the second division of countries where teams had better financial stability along with everything else.

Use your ex-teammates, friends and history of the club to determine how a club functions day-to-day and over the years to understand a little bit of what you are getting into.

Like anything new in life be prepared for bumps in the road and challenges day-to-day and week-to-week. A path without obstacles usually leads nowhere; soccer tryouts in Europe are difficult for many reasons so be ready to roll with the punches, no matter how hard they may swing.