Soccer Positions with Detailed Specifics to raise Your game, ummm where do i stand coach? 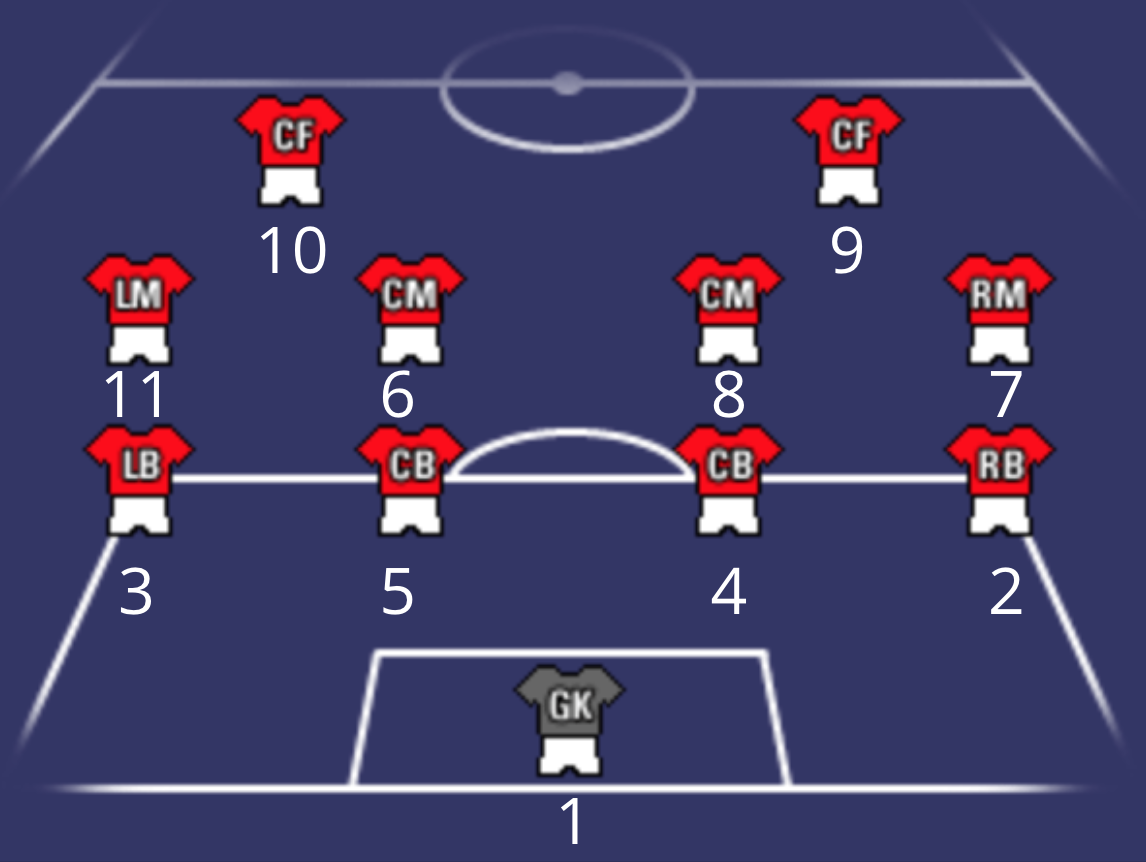 Soccer positions and their mastery are all dependent on the work you put in. If you're ready for detailed specifics for serious soccer goalies and strikers. If your an outside or center mid look no further for essential attributes to elevate your game. If you play in the defensive line either as a center back or outside back then you're one step away from getting that edge you're looking for.

Taken from professional European club grounds and national championship winning collegiate sides, these specific training methods are for the complete player. Find your place on the field below and get ready for all the drills and skills needed to master your game and any soccer system you may play in.

All soccer positions on any quality side work hand in hand. A team doesn't function like a unit if all cylinders aren't firing and working in complete unison. An outside midfielder can't be effective without his outside back making runs and giving him support and depth.

Center backs can't be dominant if they aren't working together while demanding the best out of their teammates and so on, all soccer positions success depend on the players around them. Think about when you're defending a player in your position, what makes it difficult for you and what make things that they do uncomfortable for you to defend. Using these techniques and always being a student of the game can help you improve that little bit of your game that may be missing.

Outside Fullback | Center Back | Sweeper

all the Soccer positions explained

what are the numbers associated with each of the soccer positions?

This is the classic set up for soccer positions but if you're looking for A New Approach to the Analysis of Pitch Positions in Professional Soccer then read this interesting article. 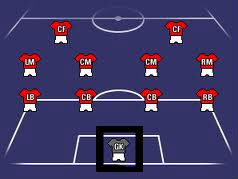 At any level Soccer Goalies perhaps play the most difficult of all soccer positions on the pitch without a doubt. In a split second they can be the hero or the goat, every move they make constantly under the microscope. 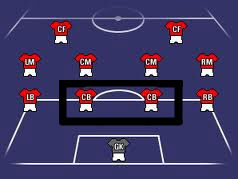 A quality Center Back destroys tackles, is dominant in the air and is a general in the back. These are the qualities and backbone of the back line on any successful team. 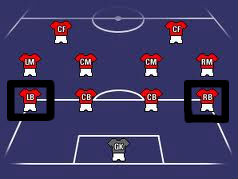 An Outside Fullback can come in all shapes and forms but a great outside back in the modern game can play on both halves of the field and on both sides of the ball. 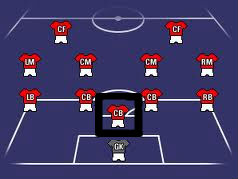 An invaluable Soccer Sweeper is top class at cleaning up mistakes, acting as a backup for the line of defense and organizing the players on the pitch in front of them. If your team has defensive issues or lacks leadership in the back, the sweeper may be something you might want to take a look at. 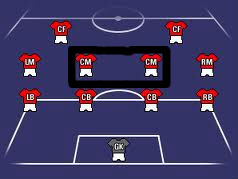 Every teams Center Midfielder is the play maker, brain and the rhythm of any side in the middle of the park. Distribution, link up play, responsible for holding the center of the pitch are all things this position demands. Many believe the most mentally and physically taxing of all the soccer positions on the pitch.

Being a Defensive Center Midfielder takes on important roles such as being a teams security blanket, workhorse as well as closing down passing lanes for attackers. Disrupting the flow of the offense for the opposition is the name of the game. 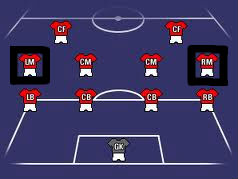 A successful Outside Midfielder is fit, selfless, takes players on and generally has a high level of speed. Know how to exploit teams in the wide areas of a field? You just may have found your spot. 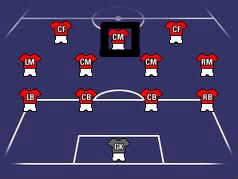 Attacking Center Midfielder or offensive center midfielder, same position, different name. Is the link between the midfield and the strikers to produce quality offensive scoring opportunities for himself and others. This player has creativity oozing out of their boots. 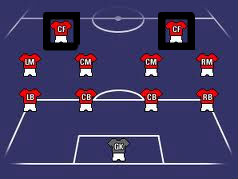 Any teams Striker needs to produce one thing for his team, Goals, Goals, Goals. Putting the ball in the back of the net plain and simple. Holding the ball up for his teammates, taking players on in the final third and clinical finishing are all expected of a top class player in this position.

An important part of understanding soccer positions and your position in particular on the pitch is understanding the position of the people around you. Knowing where your centre mid likes to receive the ball, where a striker likes to receive service from, an outside back likes to mark players on the flank and so on can go a long way in understanding your own positioning. This type of mentality also works on both sides of the ball.

Not only seeing it in a game and feeling it, talking to your teammates about what they find difficult to defend when they're playing. For example if you're a striker talk to your team centre backs and ask them what they hate about certain strikers they play against. Or outside mids talk to your outside backs for insight on what is the most difficult thing a player going up against them can do. This is an invaluable tool to understand all soccer positions and your position specifically. Remember a great player never stops being a student of the game.

What are the hardest soccer positions to play?

I have two answers to that question (gotta love when people sit on the fence). From purely a physical, technical and spacial awareness perspective I think most would agree that playing center midfield is the most challenging position. First off like no other position it tests your physical capacity with linear sprints, horizontal agility movements, anaerobic and aerobic demands along with the strength component with a high frequency of duels. Then you must be incredibly competent technically having to pass (short, medium & long), shoot, receive, dribble and create with both feet in all sorts of unique situations. Lastly the spatial awareness of your surroundings plays a key factor in the difficulty of the position and separates those that are able to be center midfielders. If you've ever played the position you know what I'm talking about and it is hands down the most difficult position to play and excel at.

Now hold on, the reason I said there are two answers is that there is another position that is unique to all other positions as it demands a high level of focus, has the highest level of pressure involved and the need to be the mentally strongest. This position is of course the goalie, not only is it difficult from a mental stand point it also is the position players can least transition into. If someone goes down in a game and you need to make a change or someone wants to train in another position going from field player to goalie is easily the most difficult transition. The specificity of it along with the mental capacity of it is the argument most have for being the hardest position to play.f

what is the difference between a wingback and fullback?

You might see or hear this come up all the time from your coaches or on TV. It's almost like they use this word as the same thing but sometimes they interchange them. Is it a winger? Is it a fullback? Does fullback mean outside back? All types of confusion so here it is, plain and simple, your question forever solved for these confusing soccer positions.

Outside Back - Left sided or right sided defender that plays on the outside of a back four typically.

Full Back - Same as above, a left sided or right sided defender that plays on the outside of a back four typically.

Wing Back - A wide defender typically in a midfield 5 in front of a back 3 that has defensive responsibilities but is in a slightly higher attacking role.

So if you really look at it all three can sort of mean the same thing but typically have a slight difference in their role responsibility and starting positions.

what is the difference between a center back and a center half?

Don't you love when people use the same meaning of a word two ways and it confuses you forever and the sport you love to play and watch you don't fully understand? Well... problem solved, let me figure it out for you, the difference between the two words fully explained, no more confusion about these soccer positions, you're welcome.

The two words both mean central defender, yes, Van Dyk, John Terry etc. Some people use center back, others use center half (typically in the UK) but they do mean the exact same position. Next question please and thank you.

what is the difference between a winger and an outside midfielder?

Not a whole lot to be honest. These two words are used interchangeably but winger refers to your your typical Robben or Ribbery type who stays tight to the line, receives the ball and takes players on in wide areas. An outside midfielders technically is in the same position but is more of your Bernardo Silva type who plays wide but is component with combining centrally as well. More often then not they mean the exact same thing, problem solved.

how many different center midfield soccer positions are there? why do people call them by numbers sometimes? 6, 8 & 10?

Thought you'd never ask. Typically there are three types of center midfielders based on what job the team and coach needs them to perform. Different formations sometimes call for all three to play together, 2 of the 3 or even 1 of the three but here they all are. Try and see which one you fit into and try and specialize in that one type of central midfielder to give yourself a better chance of playing any of the three soccer positions.

Defensive Center Midfielder or the #6 - This is your typical strong defensive presence in the middle of the park that wins tackles, challenges and uses their work rate and physicality to provide protection centrally for the team. Pro's that play this position at the highest of levels include Kante for Chelsea, Casemiro for Real Madrid and Partey for Arsenal.

Box to Box Center Midfielder or the #8 - This is your all around center midfielder that does a little bit of everything and is the complete all around player. They can do everything at about a 7/10, they join the attack, defend and also distribute at a decent rate as well. Pro's that play this role in the middle of the park include Jordan Henderson for Liverpool, Kovacic for Chelsea and Toni Kroos for Real Madrid.

Attacking Center Midfielder or the #10 - Everyones favourite position, the playmaker, the maestro the highlight tape king the number 10. This position sometimes plays along side a striker but typically plays underneath the striker. They are on the ball whenever you can get it to them, they make the killer pass, killer dribble and twist and turn their way to goal. Famous number 10's playing today are of course Messi for Barcelona, Kevin De Bruyne for Manchester City and Thiago for Liverpool.

why would anyone want to play goalkeeper?

It takes a special type of elite athlete to go in goal and have players riffle balls at you all day long. But that's what makes goalies so special and unique, they are willing to do whatever it takes to help the team win. So why would anyone want to play between the pipes? Simple, the position demands warrior leadership, work rate and responsibility. Every great team to ever win anything has had a spectacular keeper, the hardest position in football with all the pressure on your shoulders, not for everyone.