think you know all the Soccer Rules and Laws of the Game
think again! 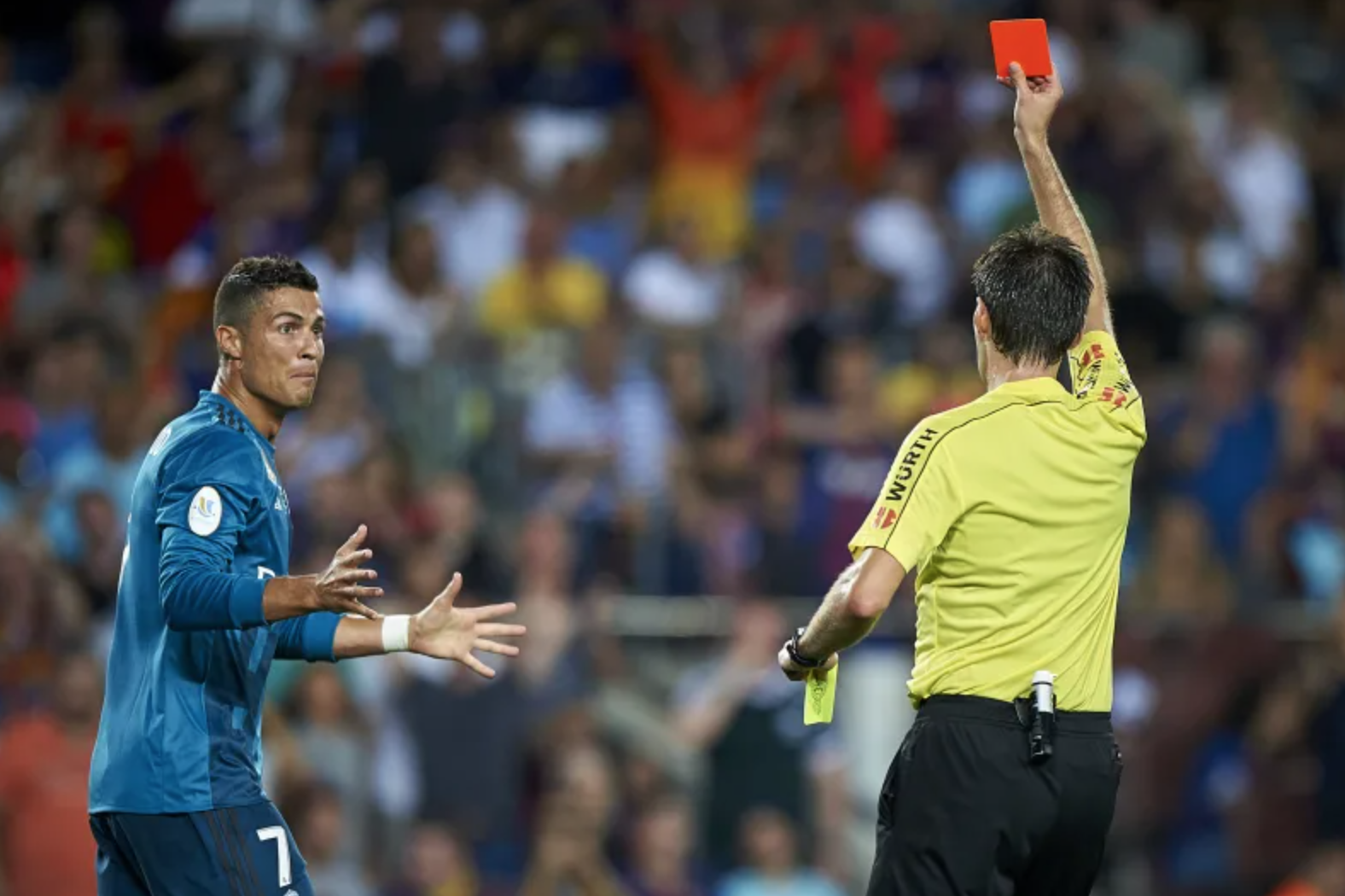 Soccer Rules are meant to be broken. Wait no that's not it. If you're not cheatin' you're not tryin'. Something like that. Whatever it may be the man with the magic whistle rules supreme.

Below are listed a set of 17 Laws of the Game as introduced by FIFA. These are the basis of which the game is based on and how order is to be restored on the field during a match.

Above are all the written soccer rules of the game as decided by FIFA and other governing bodies. But what about the unwritten rules? Every sport has one or two that every player knows but aren't talked about, so what are the ones in soccer? All the unwritten rules that you won't find in any fifa law book.

the official 17 fifa laws of the game

If you want to brush up on some of the soccer rules of the beautiful game, or if you're currently ticked off and dripping in sweat after rushing back from a game a ref just stole from you. First, shower. Second, find all of your answers right here.

The Official Site for Laws of the Game

Preface
Law 1: The Field of Play
Law 2: The Ball
Law 3: The Number of Players
Law 4: The Players Equipment
Law 5: The Referee
Law 6: The Assistant Referees
Law 7: The Duration of the Match
Law 8: The Start and Restart of Play
Law 9: The Ball In and Out of Play
Law 10: The Method of Scoring
Law 11: Offside
Law 12: Fouls and Misconduct
Law 13: Free Kicks
Law 14: The Penalty Kick
Law 15: The Throw In
Law 16: The Goal Kick
Law 17: The Corner Kick
Procedures to Determine the Winner of a Match
The Technical Area
The Fourth Official
Rules of the International Football Association Board

The Unwritten Soccer Rules of the Game

Now let's get into the good stuff, the unwritten soccer rules of the game. The dark arts, the sportsmanship awards and the high IQ time wasters. Use your own judgement with these and understand when to push these and watch to back off, they can get you in some serious trouble at times so it's good to understand them fully. This is years and years of watching and playing tricks of the trade at your finger tips so use them wisely young Ramos.

Putting the Ball Out of Play

For those of you familiar with them all I don't need to explain to you what happens on the field but for those who aren't sure let me refresh you on some of the unwritten soccer rules that exist. You may see from time to time the play stopping, and one team gives the ball on purpose back to the other team. Why do they do this? and how did it get to that? Well in the run of play if a player goes down injured and he/she is clearly injured and the ref has not blown their whistle to stop play the athletic therapist can't come on the field until play is whistled dead. So in that case if a player from one team is down injured and the other team has possession they may choose to kick the ball out of bounds on purpose allowing the player to get treatment. This is known as FIFA Fair Play or just good sportsmanship on behalf of the team that kicked the ball out. So by rule it is now the other teams ball, so because the team kicked it out on purpose so that the other teams player could get treatment the team then gives the ball to the other team almost thanking them for doing it. Really sounds more complicated then it really is, but now if you see it on tv you will understand what is happening.

Easily the most creative celebrations in all of sports. But when is too much? To be honest it is rare to find a team celebrate in an offensive manner after scoring a goal, but it does happen and refs can step in and caution a player for excessive celebrations.

An easy yellow is if a player takes off their shirt after scoring among other things such as over doing it in any ways the ref decides.

Now one no no is giving the finger and verbal and non verbal actions towards the opposing coach. This can really get under a players skin and catching a yellow card might be the least of their worries if they stay on the pitch and go into a tackle.

There is no dumber sending off then a player that has received a yellow card earlier in the match then receives his second for an excessive goal celebration and is out of the game for it. The referee has no choice but to send the player off as it is one of many clearly stated soccer rules.

Another unwritten rule is either running up the score or doing unsportsmanlike like acts if leading big at the end of the game.

For example, lets say your team is up 5-0 with a few minutes to play, running up the score, stopping and doing tricks like juggling the ball and other similar acts are frowned upon even if not considered illegal. There's no need for it and your team can gain a poor image and lose the respect of other teams.

Helping a Player Up

With all of the 50/50's, challenges in the air and two foot challenges, players will find themselves on the ground sometimes with players draped over them. What's the classy thing to do? Give your hand out to help a player up. You won't find it in the soccer rules manual but it's something we all know we should do.

Generally this is done if the ball goes out of bounds and getting up isn't vital to the outcome of the play. If you've found yourself near or on an opponent and the ball has been hit out of play the unwritten rule in football is to help them up. If the play is still going on, don't think you'll be so lucky.

Although talking smack is a part of every sport and will never be eliminated there are lines you just don't cross no matter how heated or intense a game might get.

Known as descent (talking back to a referee or opponent) a ref can control the amount of lip smacking going on in a match but he/she can't hear or see it all. So what's the unwritten rule here? No racist or religious comments allowed. I'd love to say no family or mother slurs but we all know it happens. Soccer rules are in place to prevent this but it's impossible to stop it all.

Getting your opponent off of their game is one thing but comments that cross lines are another, and if you're not careful, you'll catch something much more painful than a yellow card.

Asking the Ref For a Yellow

This one has become more common in recent time that plain and simply you want to stay away from. Especially at the highest level the fractions of winning are so slim that you will do anything to get a slight edge on the opponent. One of course is having an opposing player get a yellow card, even just a yellow will make that player hesitate, slightly change the way they usually play and think twice about committing a tackle. Now getting an opponent sent off with two yellows is obviously a massive advantage and something every opponent would love to happen. What has started to happen is whenever there is a foul (usually a little worse than your typical foul) the player who got fouled or even other players close to the ball will look at the ref and yell and make the gesture to give the opponent a yellow card. This has resulted in referees giving players yellow cards just for asking to give the opponent one! As we know every referee is different so this is one of those that you just stay away from and don't risk getting yourself booked on.

Faking an Injury Late in the Game

Welcome to South America. To be fair it happens all around the world to slightly different degrees but wasting time at the end of the game due to an "injury" has been a part of the game since decades ago even if it's not technically in the written soccer rules. This is the tactic to fake an injury so you can take your sweet time coming off the field (even though the referee is adding it to injury time). Many players will do this late in a game to stop the other teams momentum or if they see a sub coming on for them anyways they will go down, have the trainer come on and waste an additional minute or two in attempt to run the clock down. This is seen as a typical occurrence as long as you get off in a timely manner but if you start milking it or go down for now reason you might have issues with the official or the opposing teams.

Like it or not diving or embellishing the call is and always be a part of the beautiful game. Ya so you get hit and you make sure the referee knows you get hit so you go down with a little bit of extra force. Now there's a clear difference among those that play the game in getting fouled and selling it a little to the official and rolling around screaming and flopping around like you got shot. Embellish, draw and sell but don't look like a damn fool yelling and screaming every time the wind blows your way.

what is var? is it good for the game and what are the rules exactly?

Easily the most debated topic in football today is Virtually Assistant Referees (VAR). Is it good for the game or bad? Do we need it or should we keep it the way it was? One thing is for sure that the game has changed with its inclusion. VAR is there to be used by officials to get another view if necessary of all fouls, cards, offsides and goals. Now as it currently stands different leagues are using VAR in different ways, so figuring out the best way to to use it is still being determined. You have the basics down now but if you're looking for the little details check out the link to the FIFA website below.

Here is the summary of the rules around VAR and here is a link to all the official rules from the FIFA website. 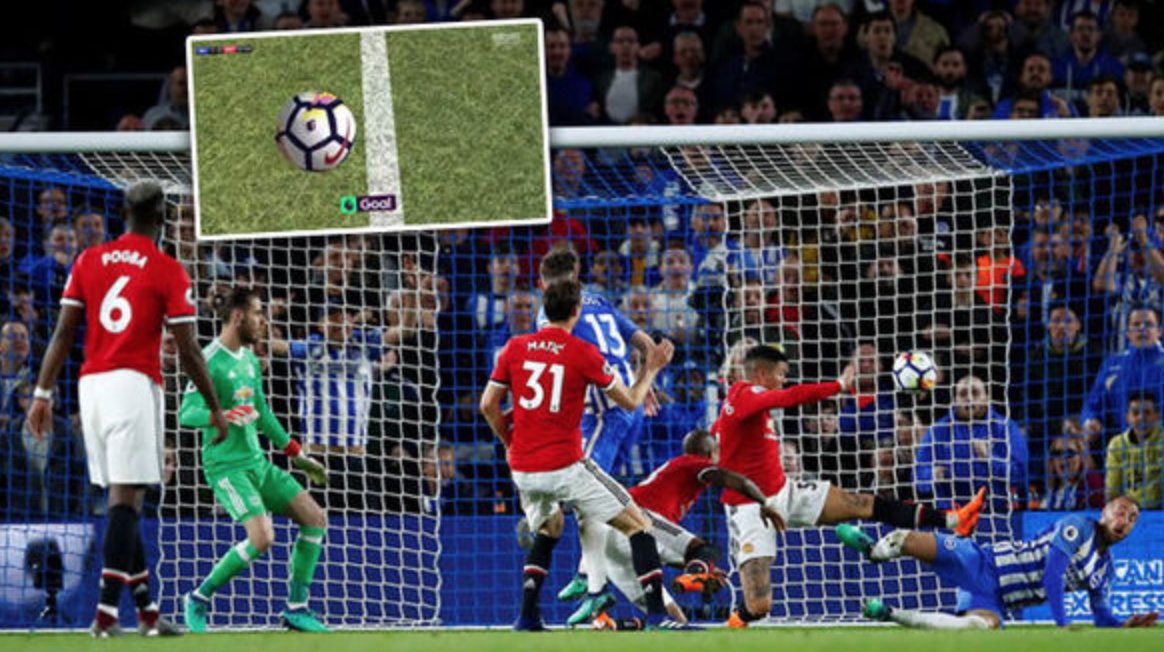 what are the soccer rules around the ball crossing the line? has goal line technology been good for the game?

GOALLL!!!!! or was it? This was the debate across all the leagues in Europe when a ball was cleared off of the goal line. After enough complaints and issues with the current system the top leagues in the world implemented goal line technology that could track whether the ball fully crossed the line and sent a buzzer notification to a wrist watch on the head referee. After the decision to implement it you don't hear any complaints about balls crossing the line and goals given that shouldn't have been and visa versa. This new technology has been a massive success and has allowed the officials and players to move on and just play the game with one less thing to worry about.

For all the in depth soccer rules, tech and information about goal line technology have a look at the FIFA Website for all your goal line tech needs.

Have a Terrible Call by the Ref That Decided the Game Story? Tell Us About It!