is the classic 4 4 2 Soccer Formation all you got? Easy win 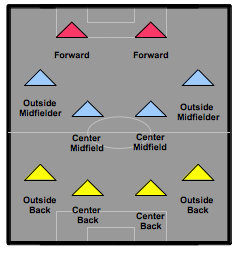 The good old 4 4 2 soccer formation. It's the BLT of formations, simple, popular and loved.

What are the top 5 advantages to playing a 4 4 2 Soccer formation?

1. Two Strikers -  Always a handful for opposing defences to deal with having two capable dynamic strikers is a massive advantage and will put the opposition on high alert straight from kick off. Their ability to combine, take up dangerous spaces and press together can give you a tactical advantage that's unmatched.

2. Balanced Lines - You have good numbers on the defensive, midfield and forward line where hopefully you can manage any opposing teams tactics. Having 4 in each of the first two lines allows you to cover width and shift over when necessary, a strong formation is a balanced one.

3. Wide Area Support - Whether its a big diagonal ball to the wide channel or a clearance heading that way having the ability for a striker and a winger two pursue a ball in the wide areas is a big plus, so don't be afraid to big and wide when you get the chance.

4. Easy Long Outlets - Whenever a team is in possession and gets in trouble the obvious release pass is down the field to the wings, with two strikers and wingers supporting them in wide areas this makes routine clearances of the ball advantageous in a 4 4 2.

5. Difficult to Break Down - When you put 11 players behind the ball in front of your own goal any formation is difficult to breakdown and the 4 4 2 soccer formation is no different.

If you're looking fore information of the advantages of a 4 4 2 soccer formation and others feel free to read this article on Football Tactics and Formations Explained.

What are the top 5 weaknesses to playing a 4 4 2 Soccer formation?

1. Can Get Outnumbered in the Middle - (with only two flat in the middle a team that plays with 3 centrally may cause some issues both in and out of possession of the ball)

2. Lazy Strikers Can Cause Issues - (without two hard working strikers this formation can start to have some gaps between the midfield and striker lines especially, if you're going to play with 2 up top, make sure they help out on both sides of the ball)

3. Not Much Defensive Protection - (having that defensive center midfielder roaming around always adds a level of security to any back 4, this formation lacks that and can be an issue if your other two center mids don't make up for it defensively)

4. Gaps Between Lines - (if the lines are stepping and dropping in unison you may end up with flat lines and holes between them where attackers can sit in and prey. Have good depth in each of your lines to avoid the spaces in-between the formation)

5. Need For Quality Strikers - (Average strikers make this set up average at best. The only way the opposition will be reluctant to send numbers forward is if your two strikers pose a real threat, if they aren't goal scorers or goal creators you can expect trouble the other way)

which pro teams play in a 4 4 2 soccer formation?

The most famous professional side that plays in a 4 4 2 is Atletico Madrid. Next time you watch them play watch how low they sit in the formation when they are defending deep in their own half. Also pay close attention to how the two top strikers interact with each other and how they move off one another. We know their Coach Simeone loves playing this formation but because it's what he knows but if you notice he always has at least 3 capable strikers that work and can score goals. Having capable hard working strikers is essential to a 4 4 2 soccer formation getting the goals necessary one end but being the first line of solid defensive pressure.

Another team that plays in a 4 4 2 soccer formation is Leicester City of the Premier League. With a striker like Jamie Vardy you can't blame them, sure they combine with him here and there when they need to but they are looking for route 1 over the top to the speedy clinical striker. Just like Suarez with Atletico, Vardy works his socks off defensively then transitions beautifully to get on the other end of balls over the top.

I know I know some of you may thinking this formation is out of style and for the direct unattractive teams. Get that out of your head and think about what suits the players the coach has and if it's a 4 4 2 so be it.

is this an attacking or defensive formation?

Sounds like a pretty attacking set up doesn't it? Like any formation it's how you use it. A typical old school English team can play a 4 4 2 super direct all out offence, where an Atletico Madrid can use it to sit deep and defend with 11 and both are effective. So if you have the right players and style of play it can be whatever you heart desires. 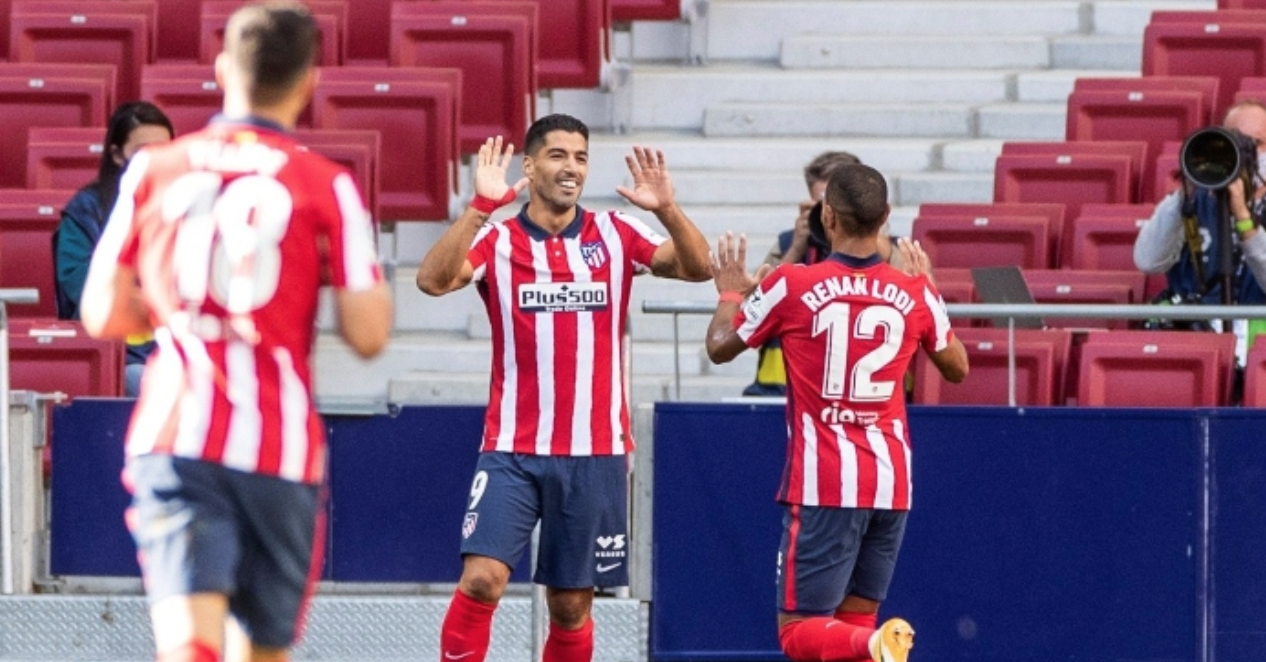 Is the 4 4 2 soccer Formation Right For Your Team?

When determining whether the 4 4 2 soccer formation is for your side you need to ask yourself a few questions.

After you've answered these three questions you can start to decide if the well balanced 4 4 2 is for you.

In a 4 4 2 soccer formation the back four should:

ohhhh we could go for days, the 4 4 2 in the middle has several variations.

As a unit in a 4 4 2 soccer formation the middle four should:

-Able to keep the ball and create offence

You need to make sure these two midfielders have a good work rate and are able to deal with teams that line up with 3 center midfielders. If these players are one way players then get ready for the red sea to open in the middle of the park.

In a 4 4 2 soccer formation the Forward line can play:

If you're not getting what you want from your strikers consider playing two players who have complimentary but contrasting styles in attack. For example a physical good hold up striker with a speedy run in behind type of striker. Even if you need to move someone up top who isn't a typical striker sometimes giving the opponents back line two different weapons to deal with can cause them issues.

-Play close to one another to combine giving defences headaches

Some things never go out of style, jeans, mullets, mom tattoos and the 4 4 2. If you're that lone striker up top in a different formation you may want to tell you coach to give you somebody to work with up top, I mean it can't be you, it MUST be the formation right?

Formations and team philosophies go hand and hand. If your coaching philosophy is that of a discipline nature and you have a formation which lacks to stress that theme then you may have some holes in your armour. Find a set that fits what you are preaching and teaching daily, the 4 4 2 might be for you.

-A goalkeeper wants to stay connected with his back 4 at about 15-20 yards behind the last defender in case there is a need to come off their line. It's always easier to run forward than backwards to make up ground so air on the side of 20 yards.

-Aggressive off of their line

-Finding strikers in space on all counter attacking opportunities

It may seem the goalkeeper has the same role in every formation (stop the damn ball from going in) but there's much more to it than that. If you're playing a formation with a little less defensive support like a back 3 or without a defensive center midfielder than the keeper needs to be quick off their line and act as a sweeper at times. Just look how Manuel Neur from Bayern Munchen has revolutionized the position by coming off his life and clearing balls that fall in between himself and his defenders. Goalkeepers in a 4 4 2 soccer formation play  a vital role larger than just shot stopping, the sooner you incorporate your goalkeepers qualities into your soccer formation decision making the sooner you can get the best out of each and every player.

Return From 4-4-2 to Soccer Formations Page