How Do I Get My Son To Join The Worlds Best Youth Soccer Clubs? 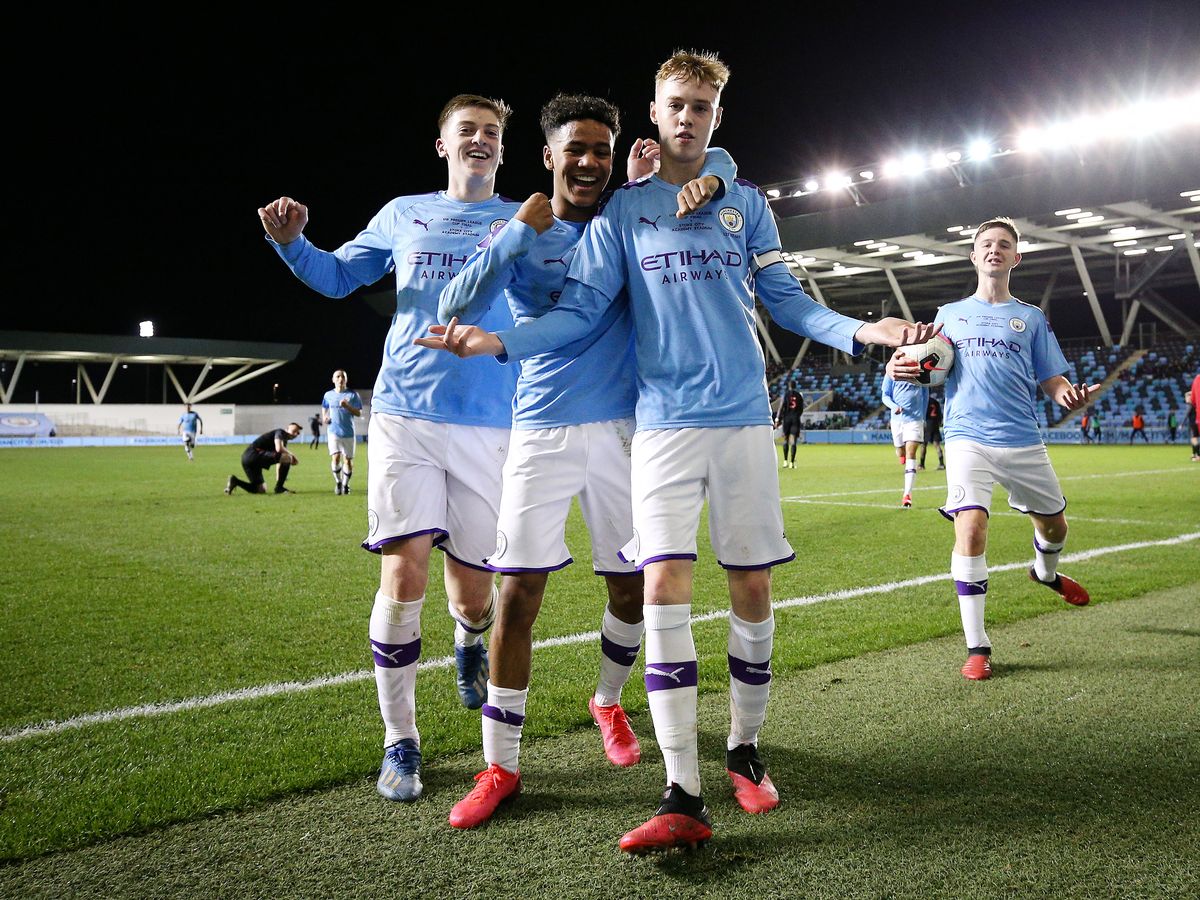 Soooo ya know those youth soccer clubs that most professional teams have? Ya I think my son is good enough to play there and I want to get him in young but how?

I mean I trained him in my backyard so he must be good enough. So the world of youth soccer clubs associated with professional teams can be a bit of tricky one but no doubt if you want your kid to play at the highest level you have to try and get them in one asap.

So? What are you waiting for? Young Messi deserves a shot right? Buying them a Barcelona jersey to wear around the house won't do the trick but training them while you do some research below might.

So read below everything about what these youth clubs are about, how to be successful while there, how you can join one in the first place and some good cafes you can wait at while your kid pursues his dreams (cafe listings not included).

How Do Youth Soccer Clubs Of Pro Teams Work Exactly?

All quality professional clubs have a strong system consisting of a first team and several youth teams. They tend to range from the ages of 7 to 18.

On top of the academy structure any serious pro club also has a second professional team that will play in the second division of the same league where the first team plays.

After playing in the youth ranks from a young age a player can move onto the second team then the first team when they are ready, actually more like if they are good enough. This can be at 16 to 19 years of age typically.

If by the time they are at that age and they have not been selected to be put out on loan, sold or promoted to the first or second team then they need to seek lower division teams to play or find other avenues for soccer.

Yes yes soccer can not only be your best friend at times but also that enemy that creeps up now and then.

Some players may be sold at a young age to other teams youth clubs as well. Some players work their ways up to play for the senior team after being a child of the club.

Well known pro's who have done this include: Gerrard and Michael Owen from Liverpool, Lampard and Terry from Chelsea, Raul and Casillas from Real Mardid and many more.

Just like any system there are flaws, breakdowns and exceptions to the rule. Although this is how professional youth soccer clubs work some players may have a connection or fall into a fortunate situation where they hurdle all these steps.

The youth ranks in a professional soccer club exist for three main reasons:

1) Developing players to have them one day increase the quality of the first team.

2) Developing quality players to sell to other clubs for a profit.

3) Hold on to and identify young talent from going to rival clubs.

Do All Pro Teams Have Youth Teams?

Only the good ones do. Quality teams breed success and excellence and any team that you see in modern football that is at the top of what they do have a great youth system in place.

The reason for that ongoing excellence is constantly producing kids at young ages to help the first team as a player or as money going out for a higher profile incoming player.

This type of youth system also gives the younger players motivation and goals to strive for as they play and grow older and improve their skills.

Do They Play In A League Against Other Youth Soccer Clubs?

This way the youth teams get exposure outside of their town as well and it's a good time to compare and contrast your youth team versus another clubs. It's a great way for players themselves to prove to the first team that they belong with them.

Great question, first the younger you get there the better. Trying to be part of a youth club team when you're pushing 16,17 and 18 isn't impossible if you're a foreigner but you've got to really stand out to join a side.

When you're younger they can base much of your acceptance into the club based on potential where as the older you are it's about what can you do for them right at this moment.

If you really want to send you little Neymar overseas, read this article that may also help you see examples of how it's happened before, How a Soccer Star is Made.

How Old Do You Have To Be To Join The Top Professional Youth Soccer Clubs? 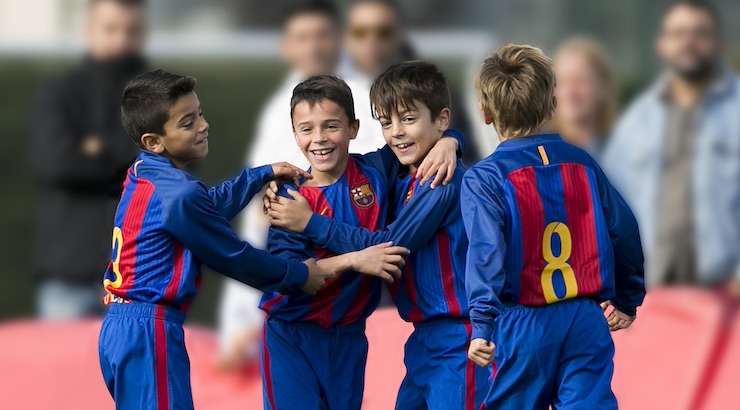 These clubs can start as early as 7, 8 or 9 but you can really join at any time if you have the quality. The advantage of starting earlier is to get acclimated to the way the club trains, functions and like in any sport the younger you start the better off you are.

It gets a little tricky if you're not born in a county that has strong professional youth soccer clubs. If you're from North America, Africa majority of Asia and Australia it's difficult to get into a quality youth system.

Going over sea's to Europe for example while you're young is the best route. Waiting until you're 19 or 20 then going over to try and make the first team skipping all the youth steps is a tall task. But hell I did it so it can be done.

This can be a difficult process all things considered. If you're considered a foreigner there may be certain barriers for you to join and not only that, if you're going for a tryout at that age you have to be ready and significantly better than what they already have.

Getting there early also allows you a greater exposure to domestic player agents who can help you advance your career.

This is a route that many aspiring professionals take to ultimately reach their dreams of playing pro. You're a kid of their school and they literally raise you from an amateur player to the top ranks.

Don't get the wrong impression here, not every kid that joins professional youth soccer clubs in Europe or anywhere else make it to the pro level. In fact many don't as you can imagine, think of all the kids playing and how many spots are on one pro team. The math does not add up in favour of every kid trying to make it pro.

You're raised through the club system, you know how the team works, how the club works, how to play, how to act and if you pay your due's you can get a shot. Plus on top of that you've always got an eye on you and you get to play regular games against other youth clubs. Would I say this is the best way to turn pro?

It's a good route but this combined with a strong agent is even better. Strong youth club plus strong agent plus a little good fortune and a talented hard working player, now that's the holy grail.

Typically 1 player a year will sign with the first team, that is rough estimate but you can see how tough it can be.

Is This The Same As A Professional Tryout?

Not exactly. Although you are in and around a professional team and as your game and age grows you could be called up to the first team. But it is not a formal tryout with a time limit and with a made it or not decision at the end.

Don't get the wrong impression, when you play in Europe and are exposed to top coaches on a daily basis, everything is a tryout. You are always being assessed and always being watched so you are always on a tryout in my opinion, no days off.

What Are Youth Soccer Clubs Of Pro Teams Like?

Professional youth clubs are very competitive, disciplined and full of expectations. Every player is trying to “make it” in the professional world of soccer and it can make you feel like you're on your way one day and the next it can take a detour.

You get to live at home or at the training facility if they have housing, food is generally provided by all serious youth clubs as well on site.

You will sacrifice your friends, time, family and other hobbies to get to the top of your youth team to get to top professional teams. But I guess it's not a sacrifice if you choose and love what you are doing.

1. Going Through The Motions

3. Getting Down On Yourself

4. Staying In A Toxic Environment

What Are The Top 5 Youth Soccer Clubs In The World For Sending Players Onto The Professional Level?