what is your favourite world cup soccer ball of all time? 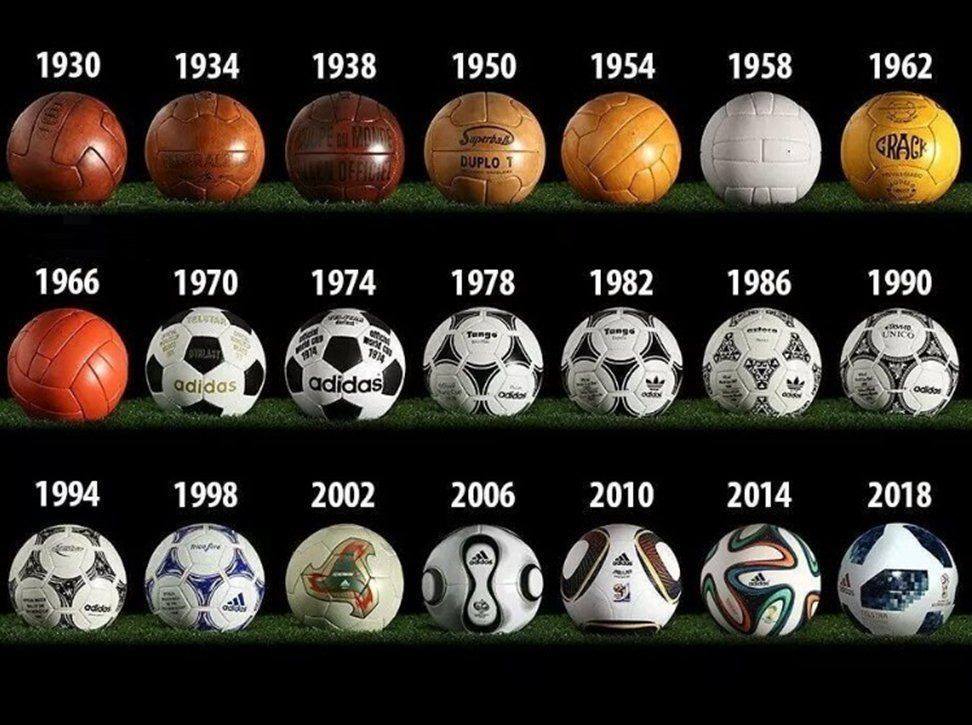 Just imagine kissing that World Cup soccer ball before you shoot a penalty kick to win it all for your country, the holy grail of balls, the World Cup soccer ball in all its glory. Pele, Maradona, Ronaldo, Messi and many more have kicked a World Cup ball up and down the pitch, a thrill and privilege only few get to experience.

If you're a World Cup junkie (guilty) take a trip down World Cup lane and check out all of the beautiful balls that have ever been kicked on a pitch at the prestigious World Cup. Whether it was a Tango, Telstar, Fever nova or the much hated Jabulani every incredible ball tells a story and the ones that grew up watching these tournaments feel the nostalgia and memories rushing back just by looking at one of these beautiful balls. As you can see above Adidas came into the picture to become the official ball supplier of the World Cup by introducing the Telstar in 1970 and that's how it all started. To this day Adidas supplies the World Cup balls and they keep outdoing themselves year after year, well expect for 2010 which we don't talk about anymore do we Jabulani?

If you're looking for info on all of the balls of the World Cup then you've come to the right place. Qualities that make a great ball, how much they cost, where to buy them, how to take care of them and what the 2022 World Cup has in store for the design of their ball. Of course at the center of it all is Adidas who is the sponsor for the World Cup and the official ball supplier, buckle up we're about to take a ride down memory lane young Beckham.

1. Craftsmanship - These aren't just your typical balls thrown together last minute by a guy that works at Sportchek. The craftsmanship behind each ball is a process of several months to come up with the write design and construction of the Worlds most important ball. Consultations from professional designers and engineers are constantly used to identify the best practices to create a flawless ball for the best of the best to use.

2. High Quality Materials - Nothing but the best of the best here, the days of old school leather balls are long gone and today the highest grade synthetic materials such as polyurethane or polyvinyl are used to coat the outer part of the ball giving it that shiny look while maintaining it's integrity and durability. From the inner bladder, to the pump hole all the way to the outer panels a World Cup soccer ball is made with the highest end materials for the highest end teams and players.

3. Technology - The biggest technological different in todays World Cup soccer ball is the thermally bonded panels which has gone down from the previous 32 stitched ones that used to whole the balls together. On top of that there is a sensor in each ball that is used together with goal line technology that alerts the official if the ball has fully crossed the goal line or not for a goal. This sensor sends a buzz to the officials watch which indicates to them that the ball crossed the goal line. This technology has been the biggest addition to the ball in the past few decades and its importance to the outcome of a match or the tournament can't be understated. Besides that the ball is round like usual!

4. Durability - You will never get a ball that will last longe then a high end World Cup ball. The materials used to protect it from all different types of surfaces and weather are the best money can buy and will last you longer than any other ball you've ever had. You will pump it up less than a typical ball because of it's reinforced inner bladder and you won't be ripping off panels like the old days just so the ball doesn't have pieces of it flapping around. This ball is as reliable as it gets and will last you at least twice as long as any other well respected soccer ball.

5. Design - The unique design that goes into each and every World Cup soccer ball is usually overlooked. The colours, stitching, logos, tribute to the country hosting and so much more really make it the Mona Lisa of soccer balls. Over the years as you can see not only do the colours and logo of the tournament change but also the material of the ball, the panel construction and even shape if you can believe it so getting the design aspects just right is an important advertising and selling point for the tournament. 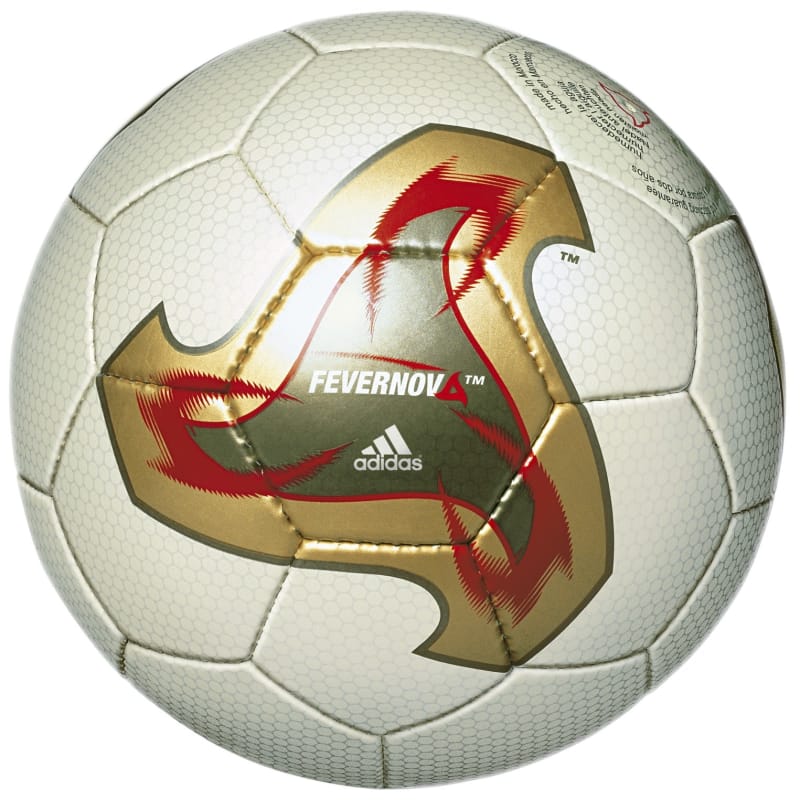 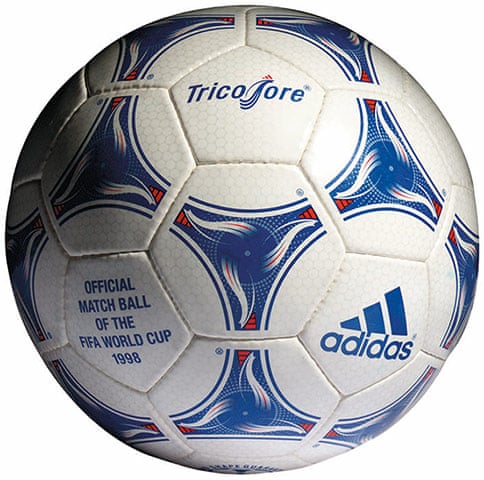 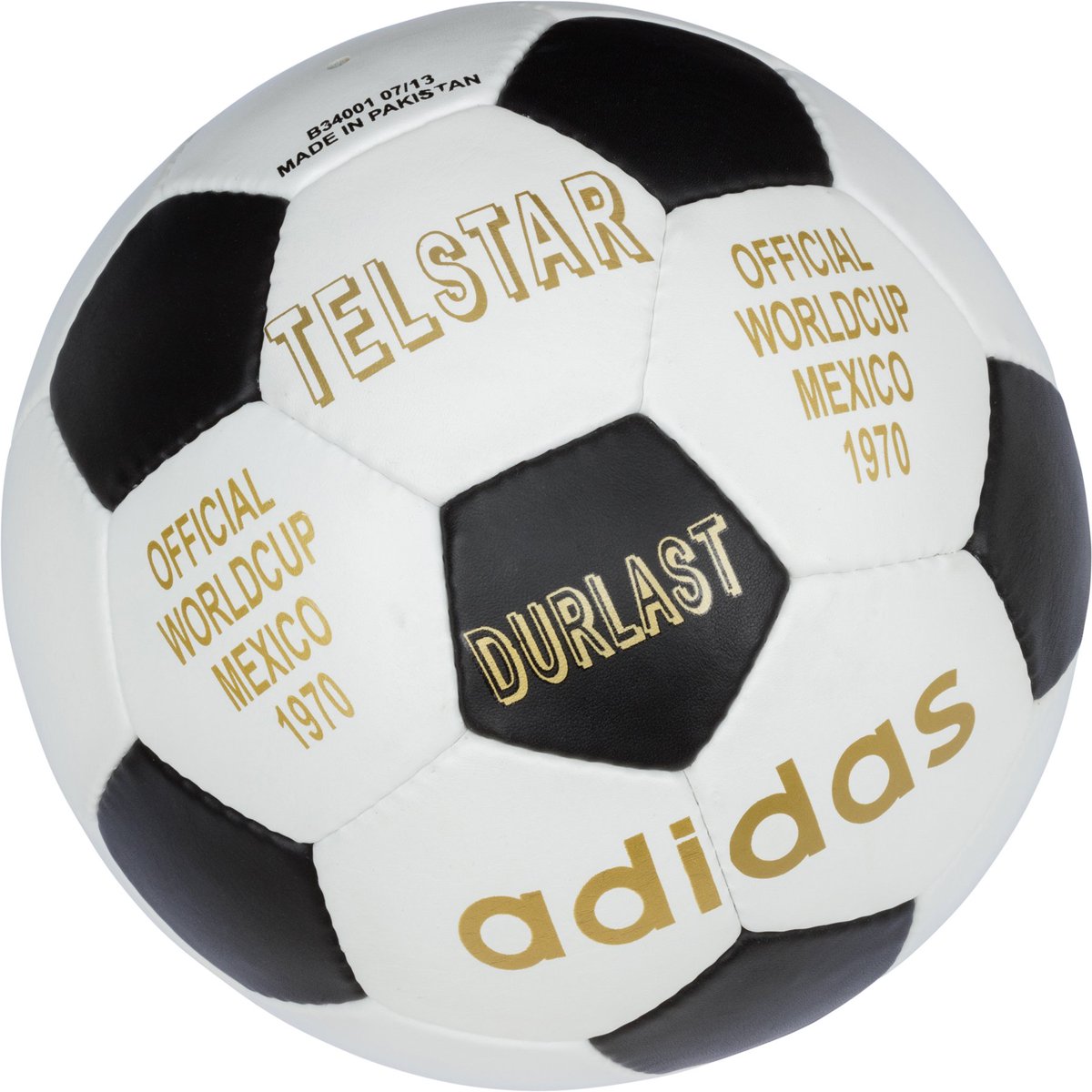 1. Avoid Non-Grass/Turf Surfaces - The worst thing you can do for your brand new World Cup soccer ball is to use it on surfaces that it wasn't meant to be used on. Surfaces such as pavement, concrete, gravel and asphalt, keep the ball on grass and turf and the life of the ball won't be compromised by these foreign surfaces. Whether it's a scuff, rip or puncture playing with a soccer ball on different surfaces then what it was meant for will cut the life of the ball in half so protect the outer layer of the ball at all costs.

2. Use Only For Soccer - I know it's nice to shoot hoops with sometimes and you feel like Lebron because you might be able to dunk a soccer ball but stay away from using it for non-soccer activities. It isn't designed to be bounced on pavement, thrown like a dodgeball or thrown like a football, only use your World Cup soccer ball for when you're playing soccer and you will surely extend the life of it significantly (okay find one dunk only then).

3. Don't Store in Cold Areas - There's nothing worse then finding an old ball in the garage or backyard behind the shed that is rock hard with a deflated inner bladder. Store the ball in your house in room temperature areas like your bag or closet, try not even leave it in the car overnight to avoid the ball taking on that funky frozen, crusty shape that is impossible reverse. This goes for your cleats too, you don't want to wake up to find them all gold and semi frozen forever. Ball and cleats go in the house, repeat after me, ball and cleats go in the house after training or a game and certainly not outside.

4. Don't Lend It Out - As much as you want to be a pal don't be dishing it out to your buddies to use every time they ask. Your new beautiful ball will be the envy of all your friends so don't let them put their dirty mitts on it. Now if you're going to play with them and you want to bring your ball then no issues there but don't be giving it out to them to use on their own. For whatever reason, whether it's or imagination or not the ball never comes back the same, a scuff here or a little loss of air there you feel like your ball went to a dark place and came back a different ball all together. Make it a rule to yourself that where the ball goes, you go.

5. Don't Sit On It - You only have one (at least I think you do money bags) so don't run the risk of warping or popping it by being lazy and sitting on it. Although these balls are incredibly durable there is no reason to poke the bear and test your luck, treat the ball well by not allowing others to sit on it either as warping and uneven air pressure starts to show. I know you may see the pro's doing it and it beats sitting on the grass on a wet day but take a knee or remain standing, don't you dare hurt your precious World Cup soccer ball because there is literally nothing more important then that ball right there.

what is the 2022 world cup soccer ball going to be like? what makes it unique? 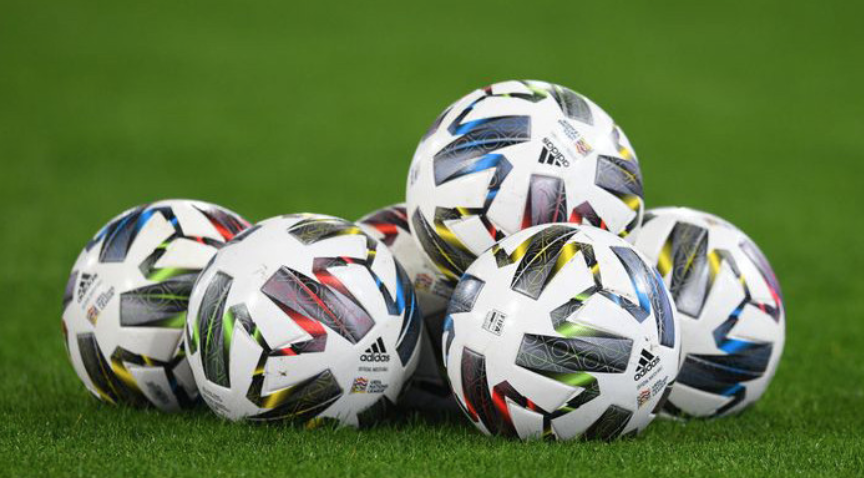 A thing of beauty isn't it? The 2022 Telstar 18 (for group stage play) and Mechta (for knockout rounds) are the ball that every kid will have leading up the World Cup in Qatar. It's vibrant colours, reliable feel and design are something to be admired but what's so different about this ball and any other that has come before it. The biggest talking point has been around an App you can download with your phone that you then scan on the ball to display different ball challenges you can take on with the ball including juggling, dribbling, shot power and distance traveled. The interaction with the fans looks like the biggest game changer with this ball compared to past ones, imagine being able to track all that you do with the ball at your feet like a running app that tracks all that you do on a run? Not all the details have been released quite yet but something special is brewing in Qatar so get ready to compete with the rest of the world from the comfort of your own World Cup soccer ball.

what is a world cup soccer ball made of?

how much does a world cup soccer ball cost and why is it always so expensive?

An official top of the line World Cup soccer ball will put you back about $200. Now of course you can find some second hand or resold for less but if you're looking for a brand new official ball then they won't come cheap. Every country that qualifies for the World Cup will train with these $200 balls leading up to the tournament both at practice, friendly games and qualifying games to get accustomed to the way they balls feel, move and fly through the air on a daily basis.

What you are paying for is the high quality materials, craftsmanship and overall quality and consistency of the balls movement. Nothing but the best of the best is used to put together this circular piece of art and believe me it's better to have one of these perfect balls then 20 below average ones.

what are the dimensions and size of a world cup soccer ball? 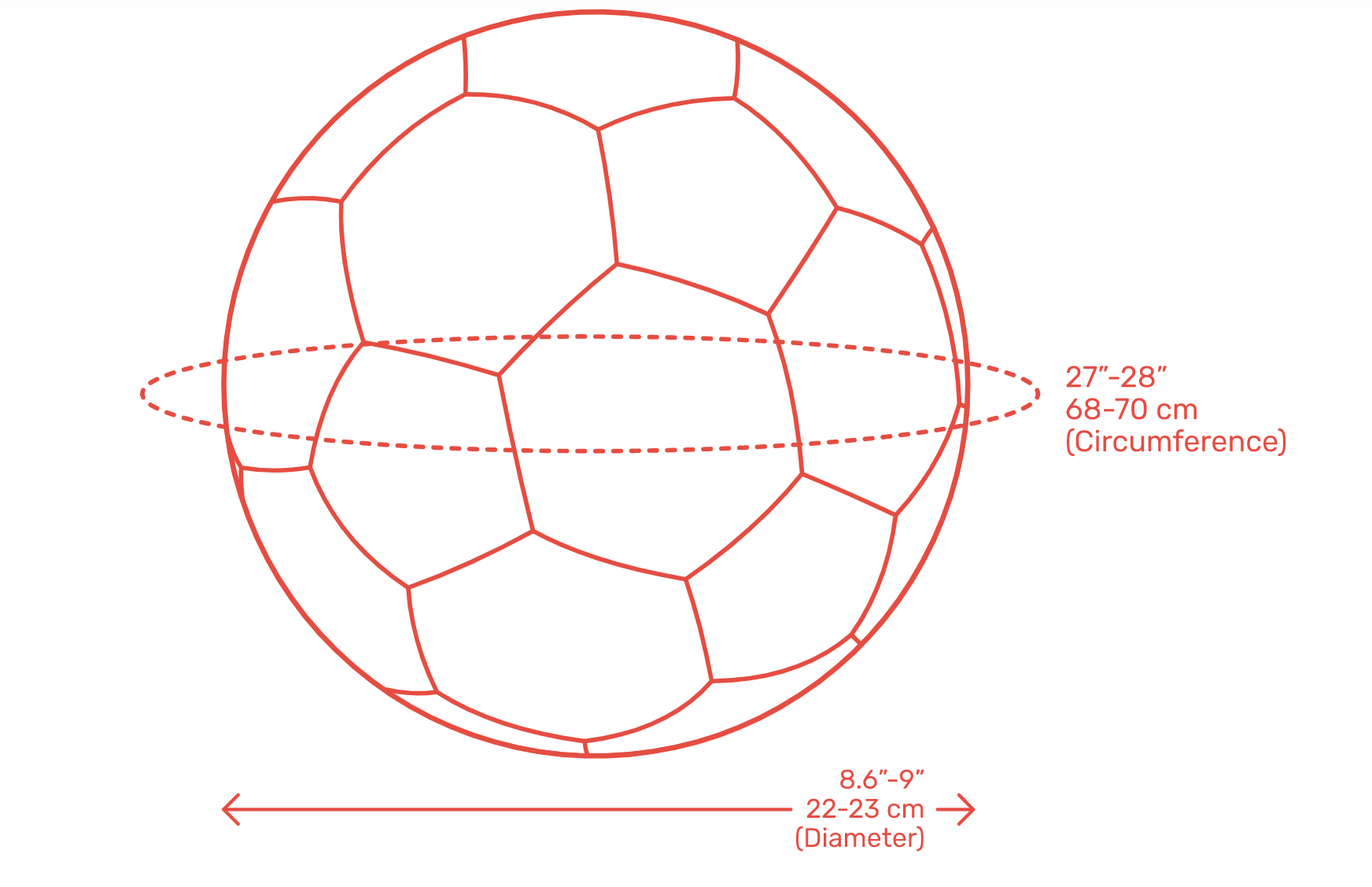 why was the jabulani such a disliked world cup soccer ball by all of the players?

The weight, shape and overall movement in the air are a couple of reasons the controversial 2010 World Cup soccer ball was so heavily criticized (and not just by goalies who used it as in excuse for letting in easy goals). Goalkeepers couldn't stand how every shot no matter how hard made the ball swerve almost uncontrollably at times where it felt like a knuckle ball pitch in baseball was coming their way. You would think that outfield players would be all for it considering the headaches it caused the goalies but even strikers couldn't stand the inconsistent movement on the ball. Most people though it was the fact that the ball was too light in comparison to other balls and when you train your whole life with a certain weight, shape and flight of a ball then on the biggest stage it's all altered you can imagine the push back and frustration from all national team players.