What is a wall pass again exactly? 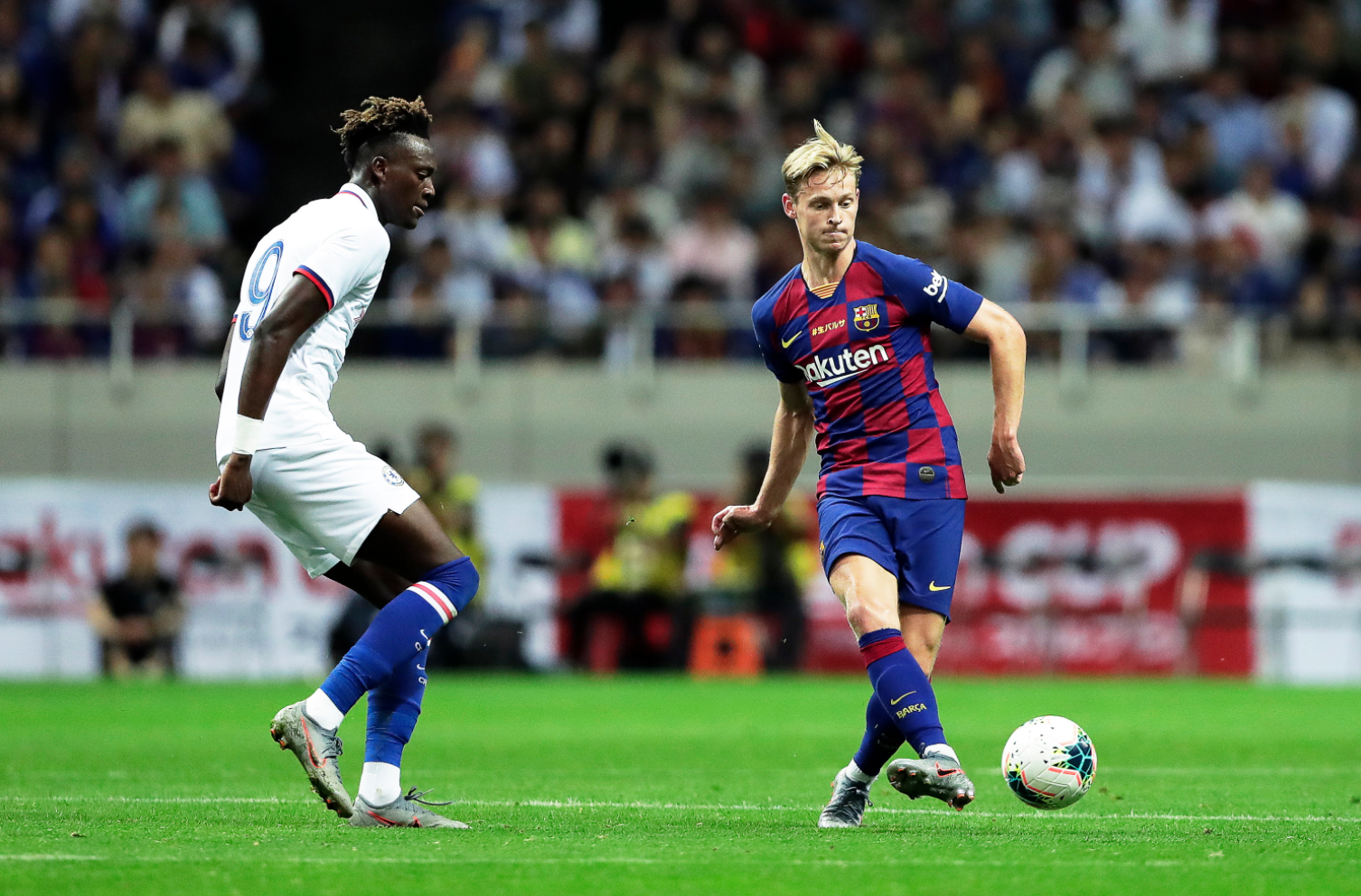 How to create a Wall Pass, first you need bricks, concrete no no no all you need is you a teammate and a ball. Also referred to as a one-two, give and go or double pass) this pass does several different things, it creates, exploits and gives your team the ability to attack space.

The premiss of this pass is to play the ball to your teammate, take off sprinting into space and receiving the ball back from them one touch. It is ideal for when a defender is playing you closely and you want to exploit the space in behind them. Why this particular pass is so effective is it plays out the defender much like a dribble would do by putting the ball in the space behind them.

Go on now, start passing your way to freedom, right there beyond those walls.

Think about passing a ball against a wall in your house, what happens? Naturally the ball rebounds against the wall and bounces in the opposite direction in which it came in. A wall pass in soccer is no different, but instead of hitting it against a wall you are playing it to a teammate facing you. The same thing will happen though, the ball will come back or should come back in the opposite way it was passed to the wall (teammate). For a wall pass to be most effective the passer of the ball must check out wide to either side or directly towards the teammate they passed it to. A wall pass is used to keep possession for starters but more importantly to exploit space further up the field and play out defenders. Next time you see it on in a game be sure to attack the pass after you've played it in and look to get it back.

learn how to do a wall pass video

top 5 things to remember when trying a wall pass

1. Find the Space - The wall pass is only effective if after passing it into the target you find the space where the defender isn't. The space may be to your left, right, in front of you or even behind you so make sure you know which area you want to run into even before you make the entry pass.

2. Pass and Move in One Motion - As you pass and even the moment before try and step into the pass so your next step is moving forward propelling you into a running motion so you get forward to receive the lay off pass. Standing still as you pass will lose you valuable seconds in terms of running past the defender marking you.

3. Firm Pass - For a wall pass to work well then the weight of the pass into the posting player is crucial. Think about passing a ball slowly into a wall and the lack of rebound that will result. It's the same thing when playing it into a posting player, for them to be able to direct the ball with pace you need to really hit the ball with some umphf!

4. Hold Off & Seal Defender - If you are the player receiving the pass (or the wall) then make sure you establish early contact if there is a defender on your back. Establish a good solid position and come to the ball as it gets closer to you to lay it off in the direction your teammate moves. After you lay it off be sure to step back into the defender to make their next movement into a defensive position that much more difficult.

5. One Touch Forward - After receiving the ball from the wall (your teammate) take your next touch one time and out in front of you. Why? Well the whole point of a wall pass is to beat the defender marking the ball and if you receive the pass back and dwell on it that defender will just recover back into position. Take that touch one time at speed and out in front of you so all the defender can see is the back of your jersey.

top 5 things to adoid  when trying a wall pass

1. Passing Too Early - Keep your head up and make sure your teammate (the wall) is ready to receive the pass. You'll know if they're ready if they are sitting nice and low and shielding off their defender. Make eye contact with them then play to their foot that is closest to you (furthest from their defender). The last thing you want is to have their defender step in front of your posting teammate and counter you the other way.

2. Slow Entry Pass - When it's time to pass, really pass! A slow ball that a butterfly can land on won't get the job done here for a an effective wall pass to work. Hit it hard with some real pace on the deck and then find the space to receive the next ball.

3. Stationary Pass - Passing and standing doesn't accomplish what a wall pass was meant for. The whole idea here is to find space without the ball to then receive it again and standing on your heels with your hands in your pockets won't do you any good. As the old saying goes, pass and move!

4. Closing Space of Teammate - After the entry pass look to cut left or right first before going directly at your teammate and crowding them. Your job is to create space not destroy it so let your teammate do their job and don't get all in the area making their job more difficult and the defenders easier.

5. High or Bouncing Pass - You know your teammate would love to play that wall pass one time back to you or to another teammate so giving them a pass to their knee, shin or bouncing all over the place will only make their job tougher, set your teammates up for success.

what are some ways I can work on the wall pass
before or after practice? 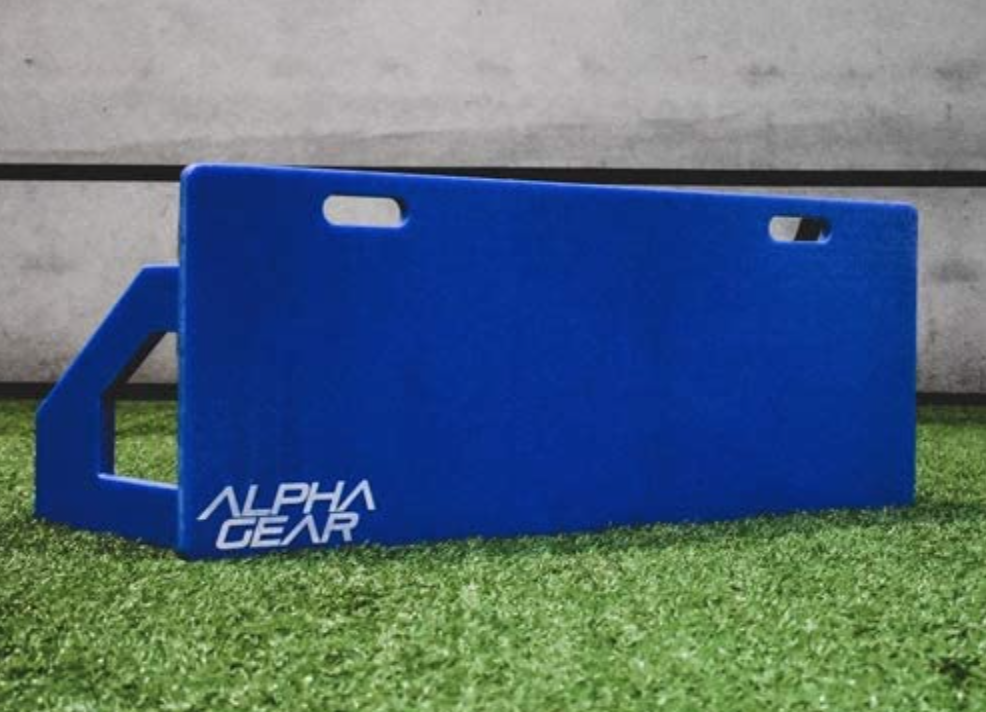 With Teammate - If you have the chance before or after training to get some reps in with the teammates on the field you will most likely be doing wall passes with then set up 2 cones about 10-15 yards. Once you have that look to play passes into them from different angles and vary your runs into space in front of them to the left, right and even centrally. Just 15minutes before or after training will go a long way to work on your chemistry for when the match roles around.

Rebounder - If you happen to have a soccer rebounder then use that as the posting player and try passing balls into it and recieving them from different lengths and angles. Remember to take the pass back with the inside of your foot and one time forward into space if you can, these details are important to execute.

Wall - Yup you guessed it, nothing fancy here just a simple wall at your school, park or side of your house. Alternate feet as you pass the ball against he wall and receive it. Start standing still to get the rhythm and some reps in and then start putting some extra pop into those passes and start to receive them on different angles to challenge yourself. In no time you will become comfortable with recognizing and executing wall passes, sometimes all it takes is a ball and a wall.

If you're looking to buy your own rebounder feel free to click here for a wide selection of soccer rebounders.

when and where in a game would i use a wall pass?

The places the wall passes are most commonly executed are in the final third of the field, it is not uncommon for it to happen plenty in the middle third of the field as well. The reason it happens in the final third is this is the part of the field midfielders are looking to connect with their strikers before going to goal themselves or slipping in teammates and the wall pass is a great way to do it. Because of the relatively high risk of the pass (being countered back the other way while out of position) it makes sense we try this pass the furthers away from our goal to stop the potential threat back the other way.

There are more than a few technical aspects of pulling off a wall pass you should know no matter if you are the passer of the ball or the receiver (the wall).

Passer of the ball:

For a firm pass you will need to open up your hips, flex your foot up and swing through the middle of the ball with the middle of your foot. Step forward as you pass so you can begin your run into the space you want to receive the pass back. Before passing keep your head up, make eye contact with your target and keep that pass on the deck.

Receiver of the ball (the wall):

If you are receiving this pass be sure to get low into an athletic stance with your knees bent and arms out for protection. Seal your defender while remaining side on to your defender and teammate. The moment the ball comes your way step forward and open up your foot to just deflect the ball in the direction your teammate has now occupied. Be sure to work on this with both feet as you will facing both ways during a game at some point.

which positions use the wall pass the most?

Great question, let's see... i'm going to go out on a limb and eliminate gk's from doing wall passes. Besides that virtually any player (if the time and position is right) can feel free to execute it. Generally those who see the ball often such as midfielders combining with strikers will look to do them most often. Strikers usually are the wall part of the pass laying the ball back the way it came.

No matter which level you are at this type of pass is used and abused to achieve successful attacks and spells of possession.

Never say never in this game but a wall pass being played by a goalkeeper to a defender or defender to a midfielder is less likely than the other positions on the pitch. This is for one simple reason, that being the risk vs reward of trying such a pass in that area on the field by those players. Loosing the ball be either the defender or goalkeeper with a typical pass from point A to point B holds a decent amount or risk, now trying a wall pass in that area will cause more issues due to the lack of defensive shape and proximity to the goal. Now add a combination pass such as the wall pass that takes two or three moving pieces with higher degree of difficulty is a recipe for disaster. Let the midfielders and strikers doe their job in the middle and final thirds of the field while executing the wall pass where there is actually something to gain.

a few more final tips about the wall pass

-Communicate to your partner that you want the one-two, not with your words but with your run which dictates what your teammate will ultimately decide