what's made the us mens soccer team so great and how far away are they from winning the world cup? 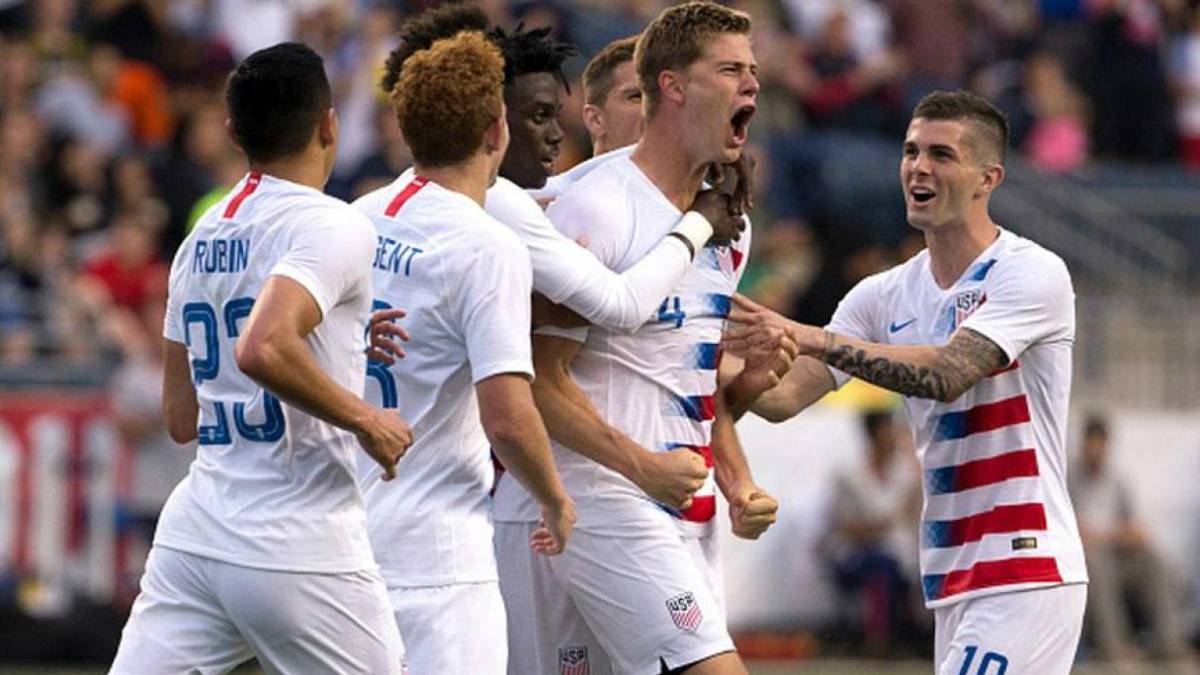 "And the homeeeee of thhhhhhhe...... braveeeeee!". The US mens soccer team definitely doesn't lack any patriotism but they could use a few more trophies in their trophy case that's for sure. Being great in Concacaf is one thing but how can they compete with the big boys on the world's biggest stage is the million dollar (or multi million) question. You can't question their rise from virtually unknowns to being a tough out in any major tournament or international match.

Find out how the us mens soccer team collectively and individually have become a legitimate top 20 team worldwide and how you can fulfill your dreams of one day putting on the national team jersey of the red, white and blue. With the rise of the Americans so many young players have bursted onto the scene and picking a team for the coach becomes a tougher and tougher job year after year.

Have you ever wondered who the top 5 best current players and top 5 best players of all time are to represent the USA? See below if your list compares to the list below, soon enough the current top 5 best players will be knocking on the all time best, especially if they can add a shiny gold trophy to their collection.

1. Diverse/Large Talent Pool - With a population of over 300 million people there is no doubt what makes the US mens soccer team great and unique is their large talent pool to choose from. Many people say the countries best athletes are playing basketball and football, that may be true for now but as the beautiful game grows there will be no resisting chasing the rolling ball. Not only is the talent pool huge but the USA is the most diverse country in the world with people immigrating from ever country creating an all-star team of diverse people and genetics, imagine breading the fastest, strongest and smartest people from around the world 24/7, you will eventually get some incredibly talented athletes.

2. Unity & Patriotism - If you've ever driven down a small town in the USA you will see an American flag on almost every front porch and this is symbolic of the type of passion, unity and pride the us mens soccer team play with. That same patriotism that is painted all over the streets of America is displayed on the pitch with their never say die attitude. The bond that the players have coupled with their passion to represent their country has made them formidable amounts worldwide.

3. Historically Strong Goalkeepers - One thing the Americans have been leaders in is their ability produce world class goalkeepers like no other country. Kasey Keller, Tony Meola, Tim Howard and Brad Friedel just to name a few were all world class goalkeepers that played at the highest of levels and when you have keepers of the highest quality it sets a great foundation for your whole teams defensive structure.

4. Strong In The Air - Whether it's winning a header on the defensive or offensive side of the ball, out jumping an opponent to take a ball down on their chest or chasing down a direct ball into space the Americans have always been able to excel when the ball is played in the air. Now it hasn't always been the most effective way for them to win games but if you want to go shot for shot with the aerial direct game, the us mens soccer team wrote the book on it.

5. Work Rate - What they may lack in skill and ability they definitely make up for in work rate, aggressiveness and all out effort. When you have an entire team with this type of mindset you really start to build a team spirit that is tough to play against. The Americans have always been known for their ability to produce strong & fit players who will run through a wall and keep on going, when you couple this with how they've been developing from a skill perspective you start to build the complete player.

1. Outwork Everyone - It should come as no surprise that to one day play on any national team it takes an incredible amount of dedication, discipline and work rate. You need to see what your teammates are doing and double it to become the hardest working player on your team without any doubt. Coming early and staying late to work on your game is mandatory at the highest of levels so why not start now to get the edge on the competition.

2. Get An Agent - You need to hire a professional that is going to fight your battles for you and open doors you couldn't open yourself. It is an agents livelihood to have these types of contacts at the next level and get you exposed to teams looking to try out for the national team. If you want to be invited to your first national team camp with the us mens soccer team then an agent is a must.

3. Develop One Outstanding Physical Quality - Your goal from a physical stand point should be to have one quality that you are known for and are the absolute best at on your team and in your league. Whether it is being the strongest on the ball, the fastest with it, the most athletic or if none of those are on the table commit yourself to having the best conditioning on the team. No matter what physical gifts you were dealt this is one physical quality that is in everyones control.

4. Bring Something Different to the Table - Now that you know from reading above what a typical American player brings to the table (strong, fit, fast and high work rate) see if you can do all those things but also bring one thing to the conversation that isn't typical for us mens soccer team player. For example becoming a creative dribbler, deadly set piece taker, slick passing center back or whatever else see if you can carve out your own niche when it comes to becoming an American national team player. If you look at their team today the best player is something that isn't typically part of the American player package, Christian Pulisic is a fast and dynamic dribbler of the ball who can twist and turn out of tight areas and get to goal and finish with the best of them. You don't have to be exactly him but start thinking about what qualities don't exist in players in your position and see if you can make it your own to stand out.

5. Play In The Most Demanded Positions - You really need to put your ego aside before you get the best advice anyone has ever given you, as good as you may be at your position you really need to consider playing a position or changing into a position that not as many players play. Believe me the amount of center midfielders, wingers and strikers in the USA is insane and everyone thinks they're better than everyone else. The truth is why compete with the highest concentration of players but instead start thinking about playing left center back and left full back as they are the two positions that every coach at every level is craving for. If you're right footed seriously consider playing right back and bring your unique skill set of an attacking player to that position, trust me if you want to play at the next level and are right on the fringe this could really be the difference. 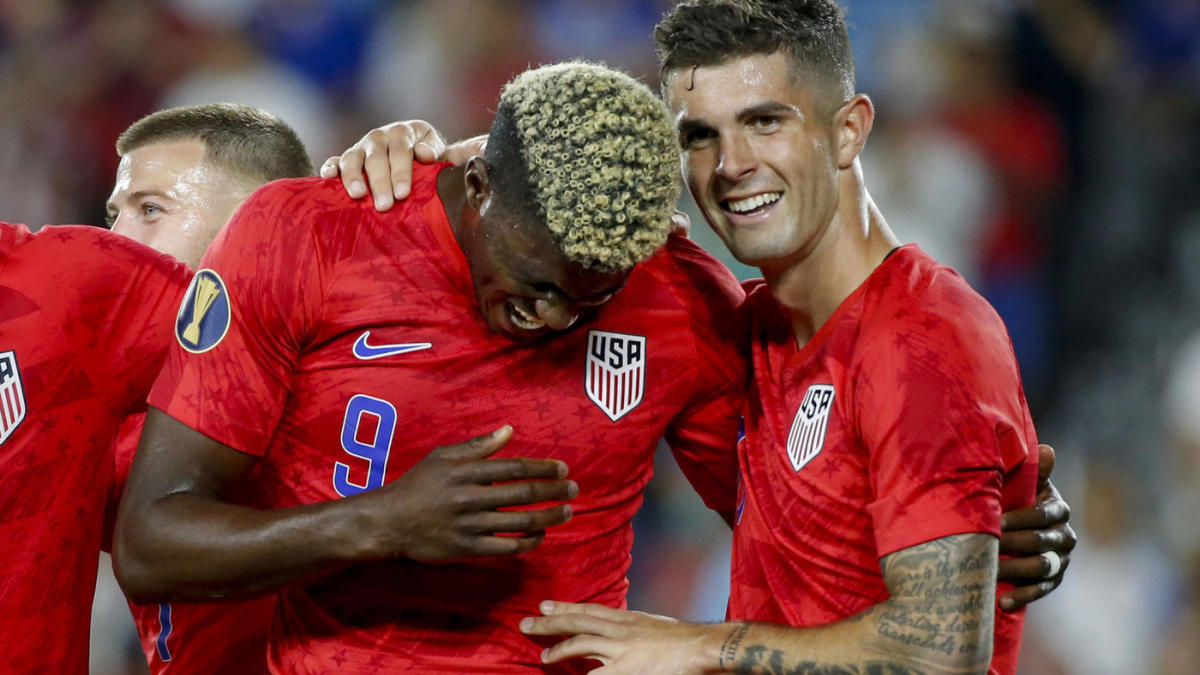 1. Physically Fit - You can bet that every player on that us mens soccer team is as fit as can be. Each American will have a solid base of cardiovascular conditioning no matter their position, skill level or age, it is just something that is in your complete control that they don't leave to chance. They may lose a game one way or another but one thing they will never say after a game is that the other team was fitter or had a higher work rate than they did.

2. Athleticism - The physical profile of the American player is something that not many other countries can consistently produce or keep up with. The speed, vertical and agility that each American player possesses is a key component in their style of play and recent success in the FIFA world rankings.

3. Tough - One thing the us mens soccer team players have always been synonymous with is their blue collar, roll up your sleeves toughness and grit. In fact much like the rest of the country American soccer players don't respect the diving, faking and soft part of the game because it isn't what they're about which is toughness and the no pain no gain mentality.

4. Power & Strength - Whether it's the workouts in the weight room or the physical gifts given to them at birth the power and strength of the American player is unquestionable. The amount of technology that has gone into developing the physical nature of the American soccer player has really been the differentiator on the pitch.

5. Under Respected - Americans play with this extra chip on their shoulder with something to prove because the big boys in world soccer still don't take the US mens soccer teams as a serious threat. There is still this feeling that Americans are still learning the game and aren't at the level of the rest although they pretend to be. Many American players use this little piece of motivation when they play to prove all the doubters wrong.

Who are the top 5 best us mens soccer team players right now? 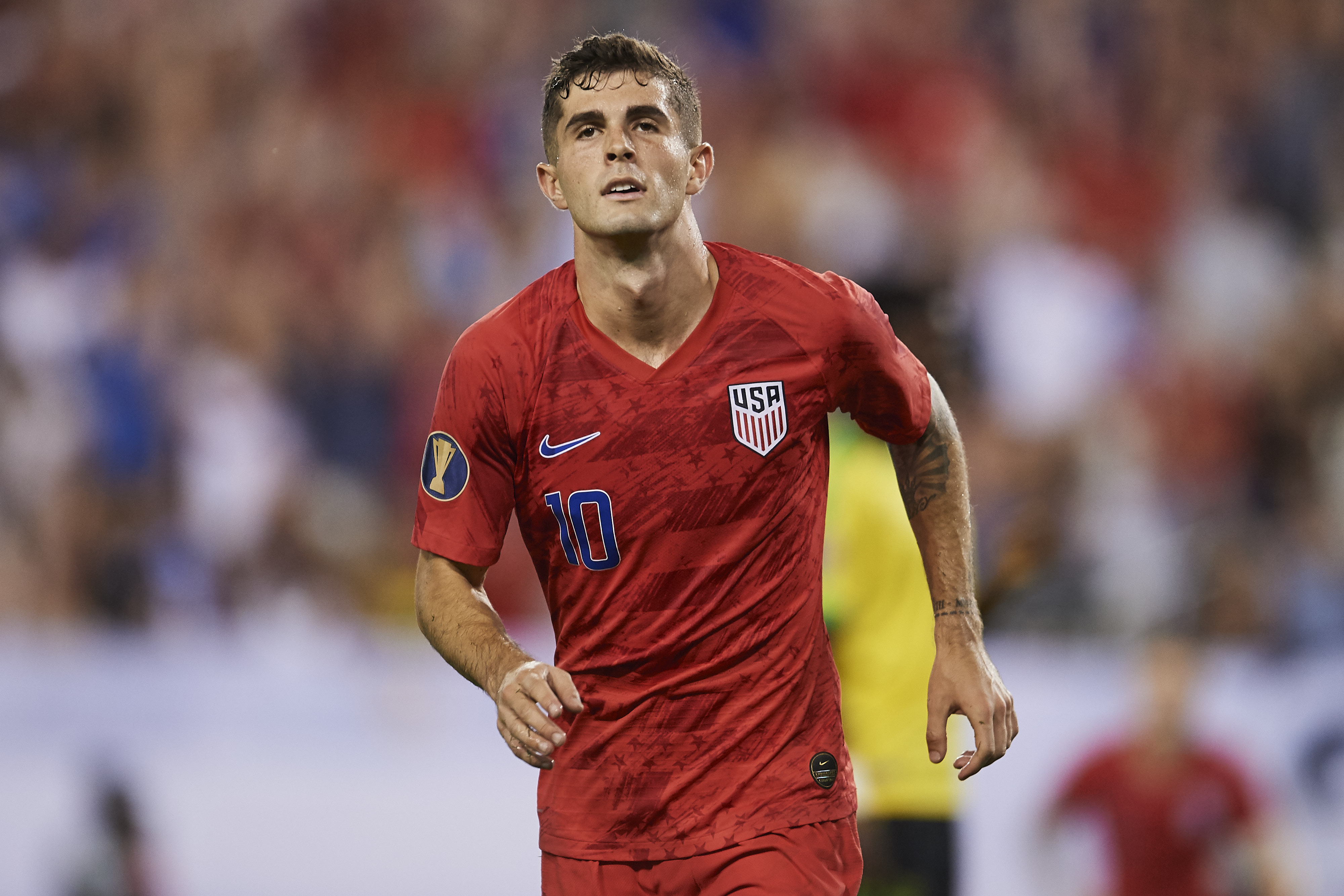 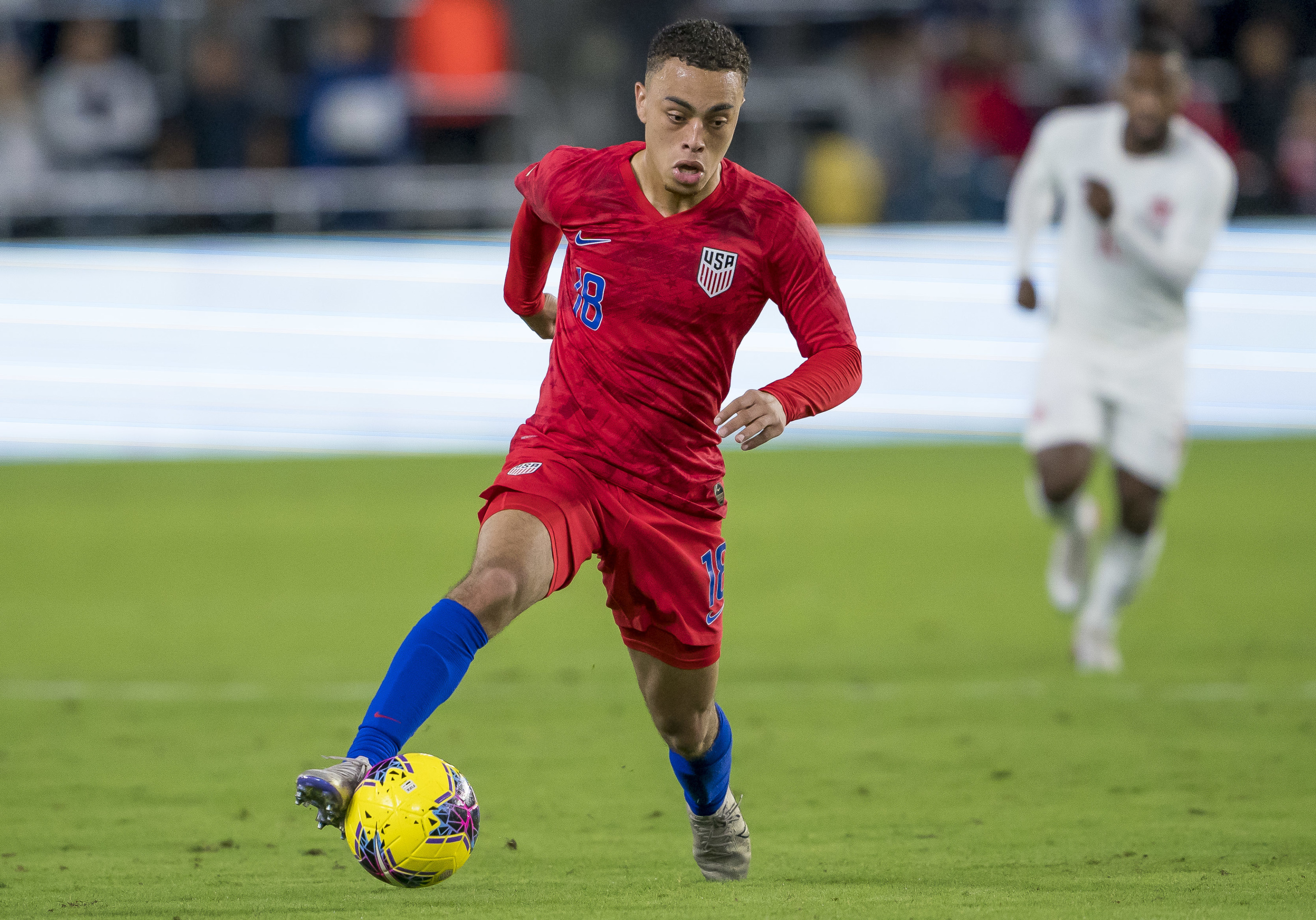 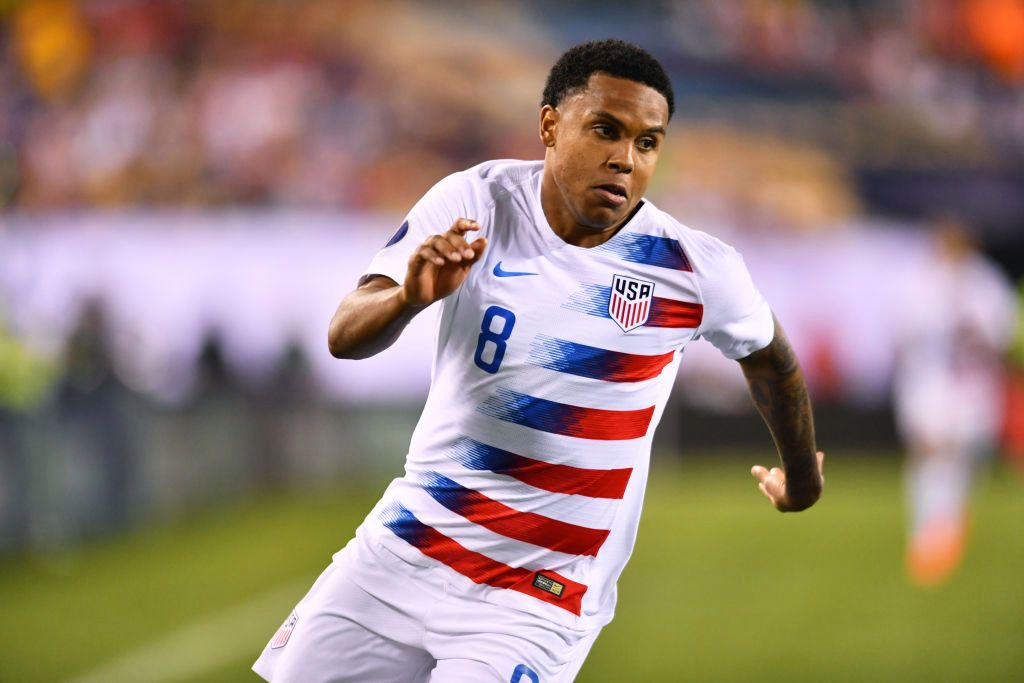 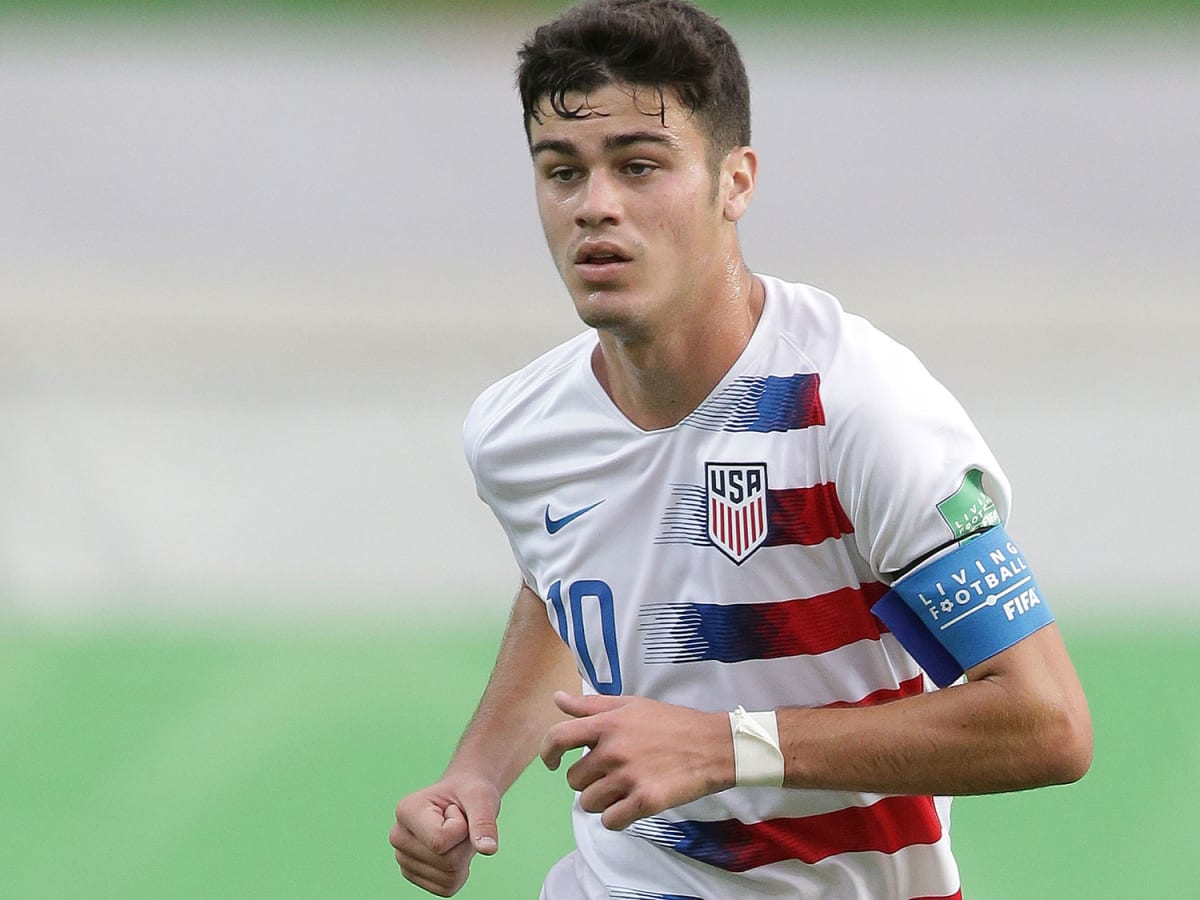 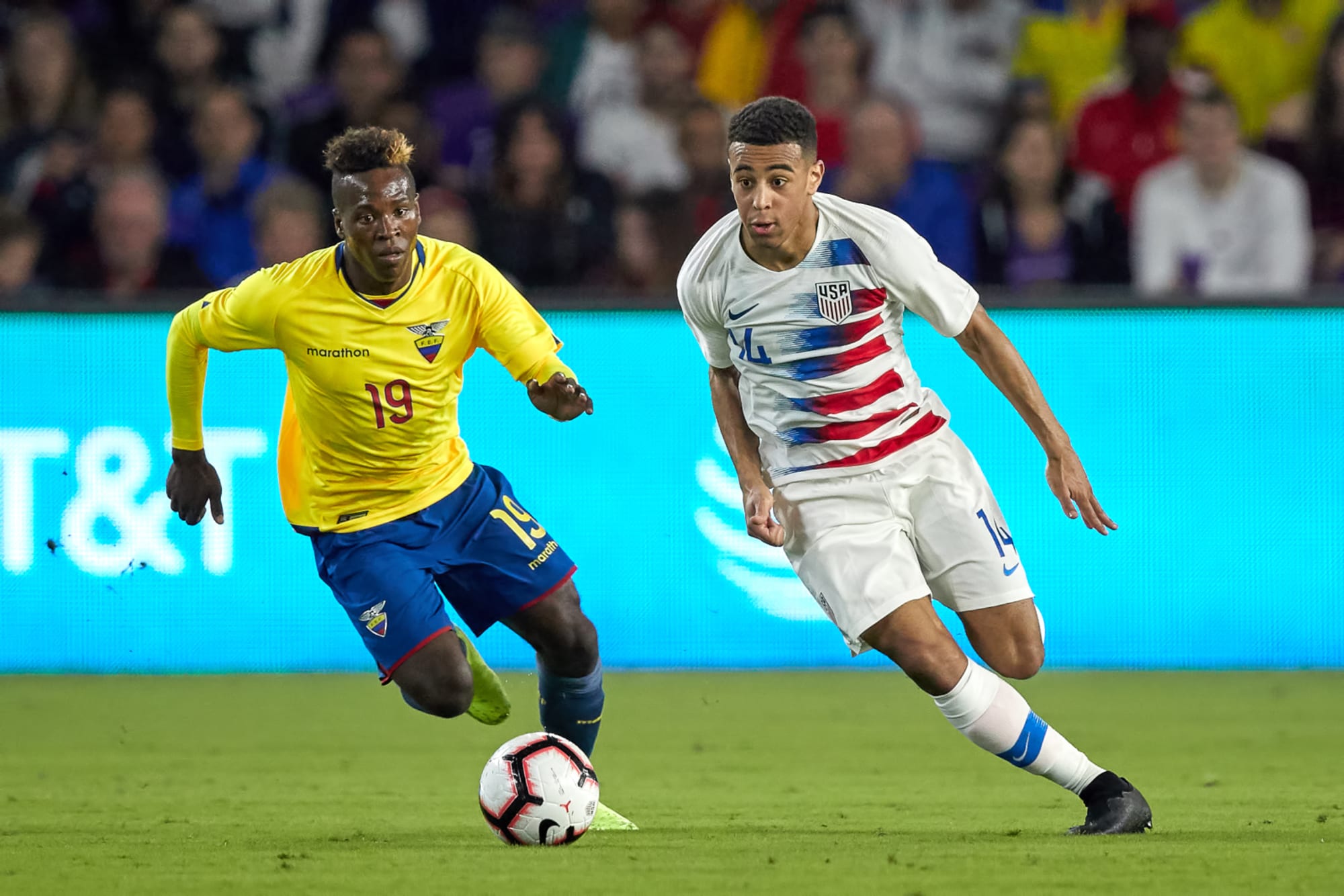 Who are the top 5 best us mens soccer team players of all time? 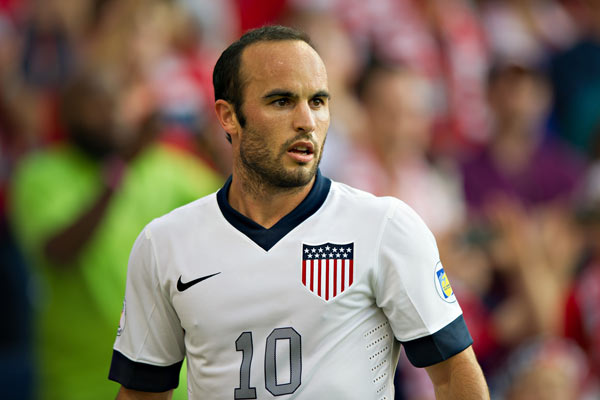 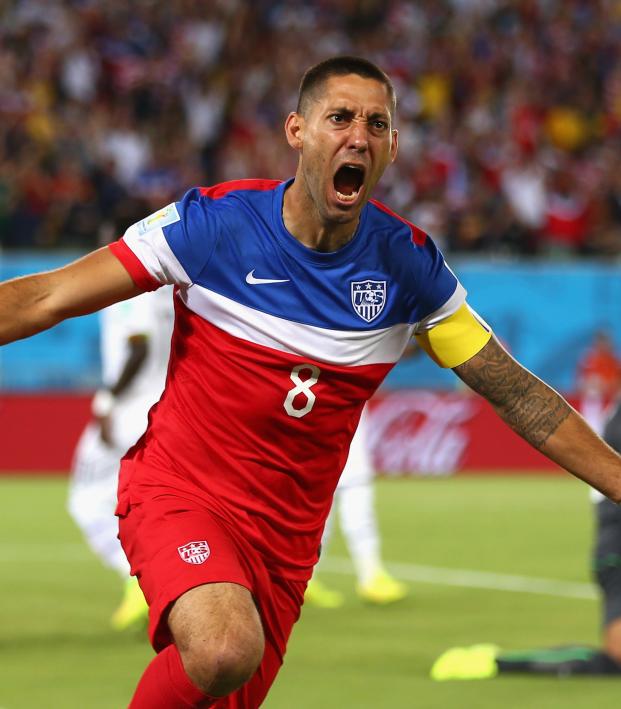 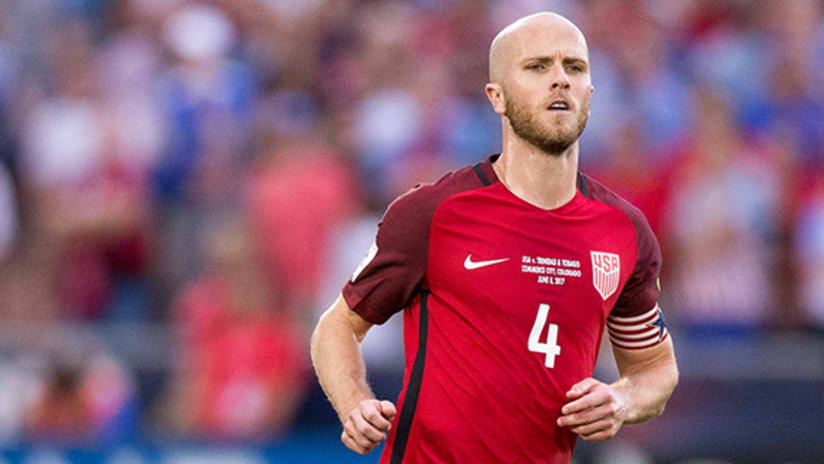 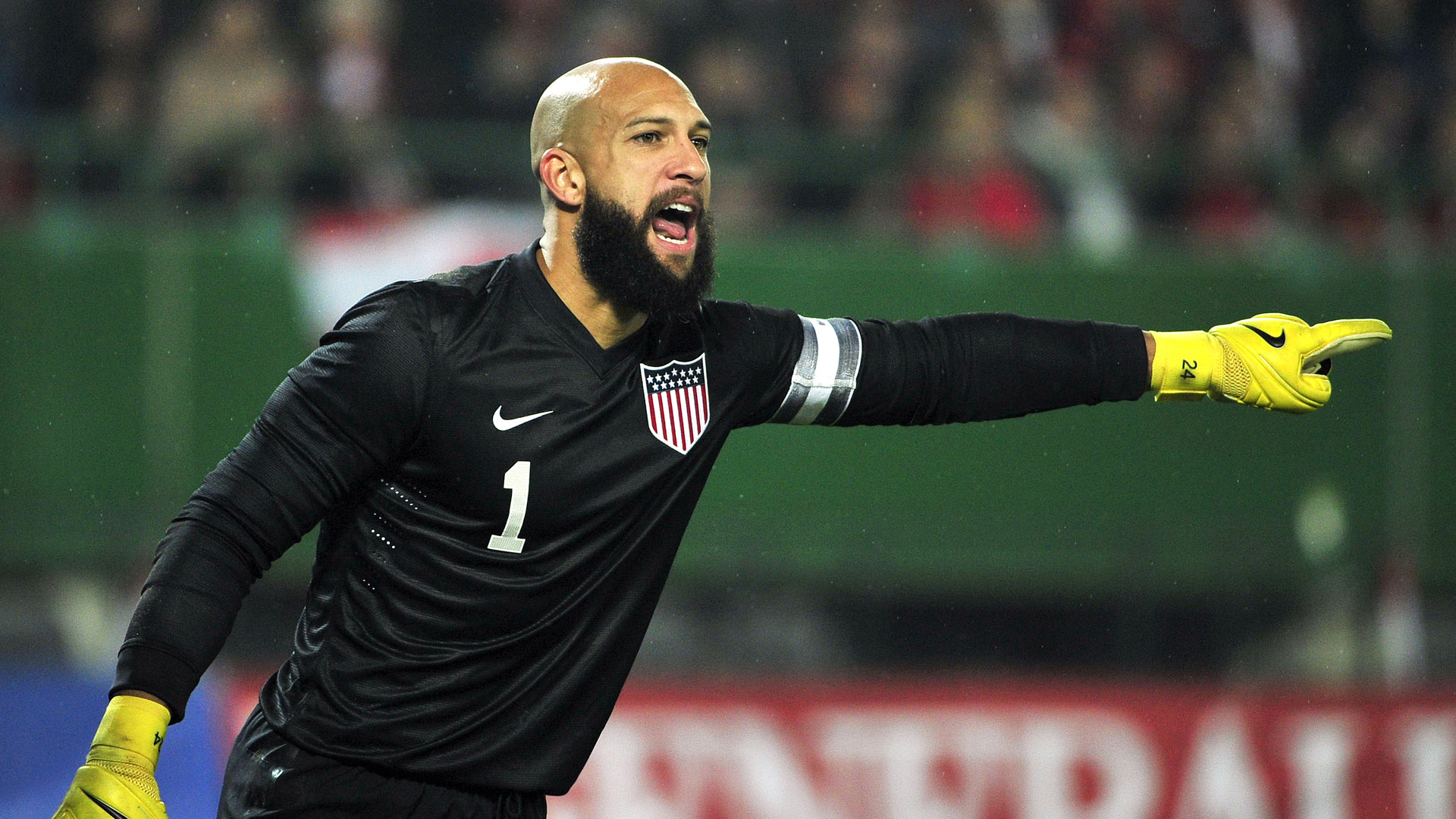 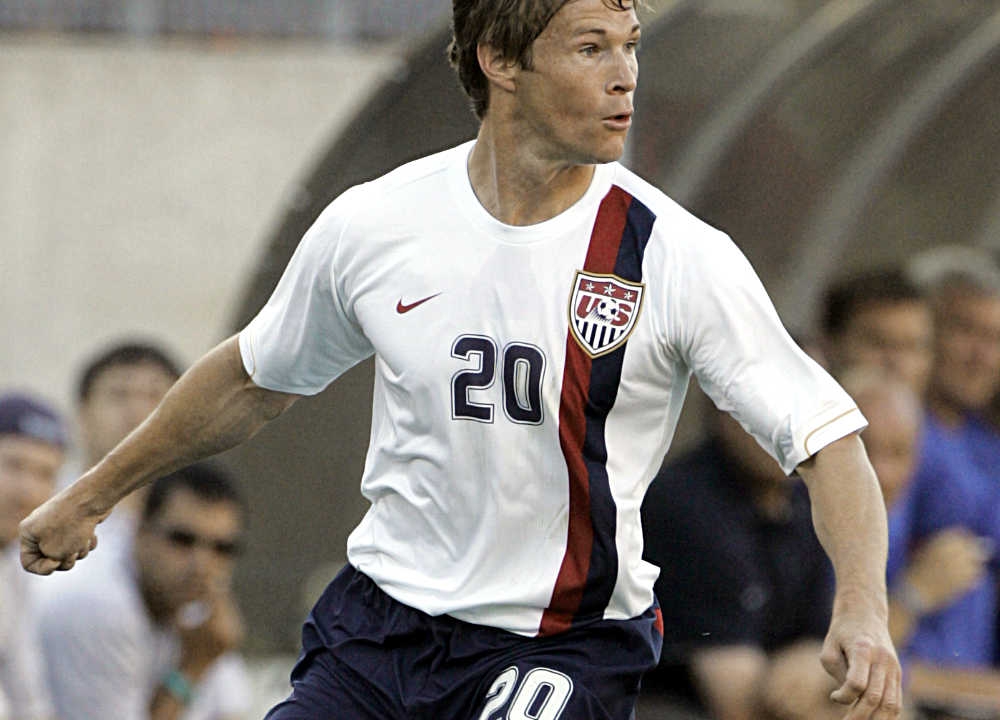 why can't the us mens soccer team come close to winning the world cup?

The reality of it is only one team every four years can win it and with so many great teams, players and coaches out there, winning the biggest prize in this game is so incredibly difficult. To win any tournament of any sport at any level you need everything to go right and the World cup is no different, many have argued that the USA will make that next jump to legitimately competing for the World Cup once their best athletes start choosing soccer over basketball and football. It is tough to argue that those two sports don't have the best athletes in the world and once the Lebron James' and Lamar Jacksons of the world start playing soccer they will be hard pressed to win it all one day.

If you look at the teams that do win the World Cup their roster have players that are all playing on top teams around the world and in champions league year after year, the Americans have some but nowhere near the rate of the other teams. So when you're us mens soccer team players aren't playing at the highest level with their club teams it's only normal for them not be able to compete against teams that play and train at that top club level year after year.

Talent in the wrong place, players not playing at the highest level and coaches that don't coach at the highest level will give you a solid participation medal at the World Cup, much like the US mens soccer teams has been getting already. For more up to date information on the US mens soccer team including rosters, news and upcoming matches feel free to check out their official home page.