nothing like some ucl soccer! uefa champions league here i come!! 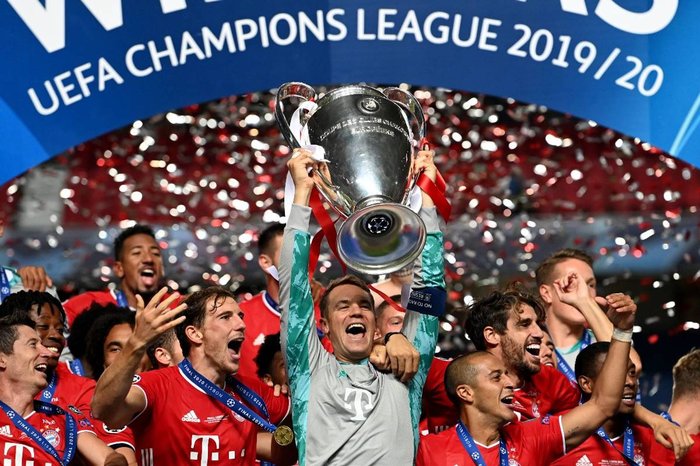 Ever dreamed of playing in the UEFA Champions League? Scoring a goal in the UCL soccer final and having the world celebrate with you? Well if the answer is yes then you're not alone! UCL soccer is the highest level of the sport at the club level and if you think club soccer is a higher level than international soccer (which many do) then UCL is the highest level in the world!

From qualifying to the group stage to the knockout stage to the beautiful final! Everything you could ever dream about knowing about UCL soccer right here at your finger tips. If you're a goals and trophies junky then feast your eyes below on the best goal scorers, players and teams to ever step foot on a champions league pitch and lead their club and city to glory!

The real question is how well do you know your UCL soccer? Did you know the four teams around the world that win their respective champions leagues meet at a final four team tournament called the club world cup? Of course you did. What about who the all time goal scorer is? Or what about the most successful team in the Champions League? Liverpool? Real Madrid and Barca oh my!

what does ucl soccer stand for?

Pretty straight forward really but it never hurts to ask. UCL stands for Uefa Champions League, if you're telling yourself right now "I knew it!" then good for you, but what does UEFA stand for now? Just when you were feeling good and confident another mind twister.

UEFA is the governing body in European Football and it stands for The Union of European Football Associations. Basically it overseas all the different leagues competitions that operate in all of Europe. The name Champions League was created based on brining all the different Championship club teams from their respective countries into one club competition tournament. That's why you see Real Madrid, Man City, Bayern Munich and many more domestic league champions compete in this tournament.

That would definitely hurt the credibility and defeat the purpose of the name UEFA (United European Football Association). So the easy answer here is no, but every professional team does have a route to win their respective domestic leagues, qualify the champions league in their own regions and potentially match up against the winners of the champions league at another tournament called the club world cup.

Bigger European clubs that play in the top 5 leagues in Europe (England, Spain, Italy, Germany and France) just need to finish in the top 2,3 or 4 spots respectively in their league standings to then qualify for UCL soccer the following year. So although there are more direct routes in the bigger leagues it is also more difficult because of the difficulty of the opponent and how strenuous it is to qualify considering the challenging jam packed schedules.

how is the club world cup different than ucl soccer?

So the Club World Cup is a collection of the four best club teams that win their own version of a champions league in their part of the world. The Uefa Champions League is a tournament of the best club teams just in Europe, all you need to know is win the UCL and you book your ticket to the club world cup.

why do some people call the champions league the european cup?

Well not to age any one here but this tournament used to be called the European Cup! (bet you didn't know that one now did you millennial!). The Champions League as you know it today used to go under a different name and was called the European Cup. In 1992 they decided to change the name to the UEFA Champions League when they began to open it up to more teams and wanted a fresh start and name for marketing purposes and to remove the confusion between the Euro Cup played by national teams every four years.

So next time you hear that a club team won the European Cup just nod and smile, nod and smile and drop some fun facts about it and walk away. Or you can find the fun facts here and look smart in front of your friends.

how does a team qualify for ucl soccer? (uefa champions league)

As you can guess qualifying for the champions league every season is something very prestigious and can earn a club a lot of money just for qualifying so the competition is intense. Depending on which league you play in your club has to either win, finish in the top two, three or four of your domestic league to qualify. Some leagues aren't as strong as others and even if you win your league you still have to go through a couple qualifying rounds to get in.

The beauty of it is that just about every 1st division European if they win enough games domestically and qualifying rounds can end up playing UCL soccer and matching up against some of the best teams in the world. This is why this format is so loved because even your boy hood club around the corner can cross paths against Real Madrid or Barcelona if they go on a long enough Cinderella type run.

The easy answers is yes. The only other competition would be a similar competition held in South America where the champions and best teams from each domestic league face off in the Copa Libertadores. Although this competition takes on a similar structure that culminates with rounds of single elimination games to finally determine the winner, the level teams although strong are not as strong or deep as the UEFA Champions League. Santos out of Brazil along with Boca Juniors and River Plate out of the Argentinian league are some familiar faces that are always competing for this title.

do club teams and players make extra money if they win the ucl soccer tournament? how much?

Just a cool 23 million!! Each finalist actually gets $18.3 million dollars but the winner adds an extra 4.88 million for qualifying for the World Club Cup. The World Club Cup is a four team tournament from around the world (Europe, South America, North America, Asia) that have won their respective champions league tournaments.

Now you're not so shocked when lesser known teams win a game or advance out of the knockout stage and celebrate like they won the world cup!

top 5 ways that you can play ucl soccer one day

1. Get An Agent - The single most important step of signing a pro contract and possibly one day playing UCL soccer is to get an agent to help you. These are trained professionals in the soccer world that have all the contacts you can imagine to set you up with a tryout that can hopefully lead to you signing pro. A good player with an agent has a significantly higher chance of turning pro then a great or excellent player that is twiddling his thumbs waiting for Pep to call them without an agent. It's like trying to defend yourself in court instead of using a lawyer, I mean you could do it but having a professional who does this for a living will likely get you much better results than you stumbling around the courtroom.

2. Live Like A Pro - Waiting until you turn pro to start acting like one is a perfect recipe on how to never get there. How do you plan on closing the gap between players that are already playing at the pro level or better yet separate yourself from the pack to turn pro if you're preparing yourself like an amateur. Start eating like a pro, training like one, recovering like one and analyzing your game and continually try to keep improving day by day. I would highly recommend to start building a team of people around you that nobody else is using such as an individual trainer to work on your technical ability, another to increase your strength and conditioning and of course someone to work on your mental side of the game. Think about how many players are actually doing this at your level and the massive advantage you can gain by doing what nobody else is.

3. Improve Your Game - We are all students of the game and a work in progress. Identify your weaknesses by watching tape and asking for feedback from your coach to understand which parts of your game need the most work. Once you know where you need to improve start to work on one technical (first touch, left foot shot etc), one tactical (types of runs to make, decision on the ball, positioning etc), one physical (speed, strength, vertical etc) and one psychological (pre-performance routine, self talk, visualization etc) part of your game and focus on that until it's at a high level.

4. Get Pro Tryout Experience - I know some of those pro tryouts where you have to pay just to tryout may seem like a bit of a cash grab (and they are) but the important thing is that you're starting to experience what it's like to tryout for a pro side. One day you will be on trial with a pro team for a week or so and you don't want that to be your first time dealing with everything that comes with it. The more of these tryouts you attend the easier it will be to perform at your best when the official tryout through an agent actually comes. Dealing with nerves, playing to your strengths, level of competition and so much more are things you can only learn from through experience. Pay the money, get the experience and think of it as long term investment, you won't be sorry when you're lining up to UCL soccer one day.

5. Join A Youth Academy At A Young Age - Maybe you're in a position to and maybe you're not but if you recruited by a top Youth Academy you should definitely accept the offer. Even if there is an open tryout you should go to it, so many times kids go to these open tryouts and end up staying on if they're good enough so just because they aren't banging on your door doesn't mean you can't bang on theirs. Every legitimate professional team has a youth academy and typically with these academies come better facilities, coaches and level of competition which will only increase your game both on and of the field.

does the champions league have it's own specific ball?

Honestly what would the biggest club tournament in the world be without it's on beautiful sponsored ball? Exactly just long haired freaks running around the field kicking each other for 90 minutes. Behold the lineage of UCL soccer balls from 2002 until now, what's your favourite? 2004 for me!

Adidas has been the lead sponsor for all champions league balls for the last 20 years and the quality of the ball is second to none. Any game you see on TV will have the players using these balls, they are made from the best materials and are made to last. If you're considering getting one for yourself you might need to sell a kidney because they can be upwards of $200, ouch! 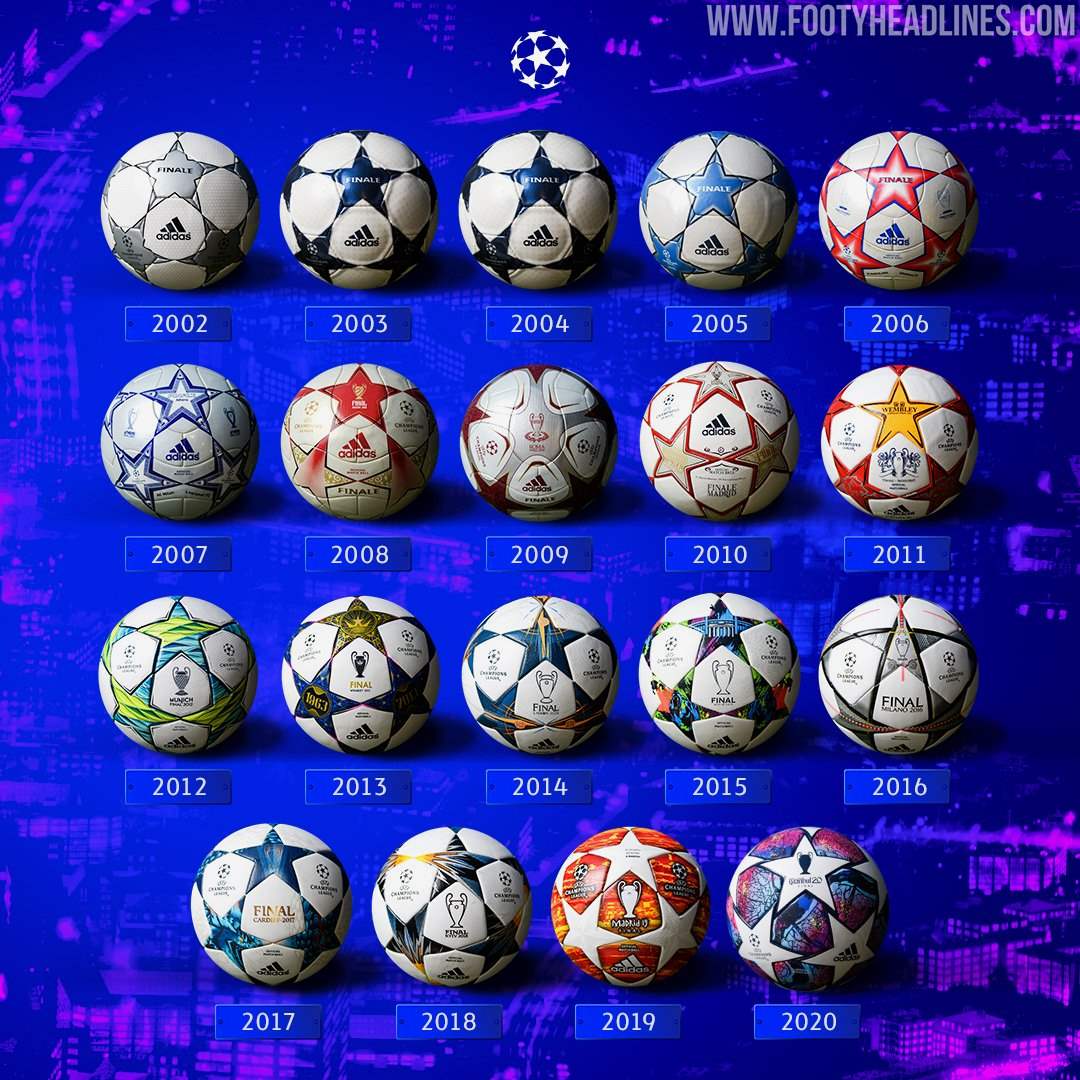 which team has won and lifted the ucl soccer trophy the most times? 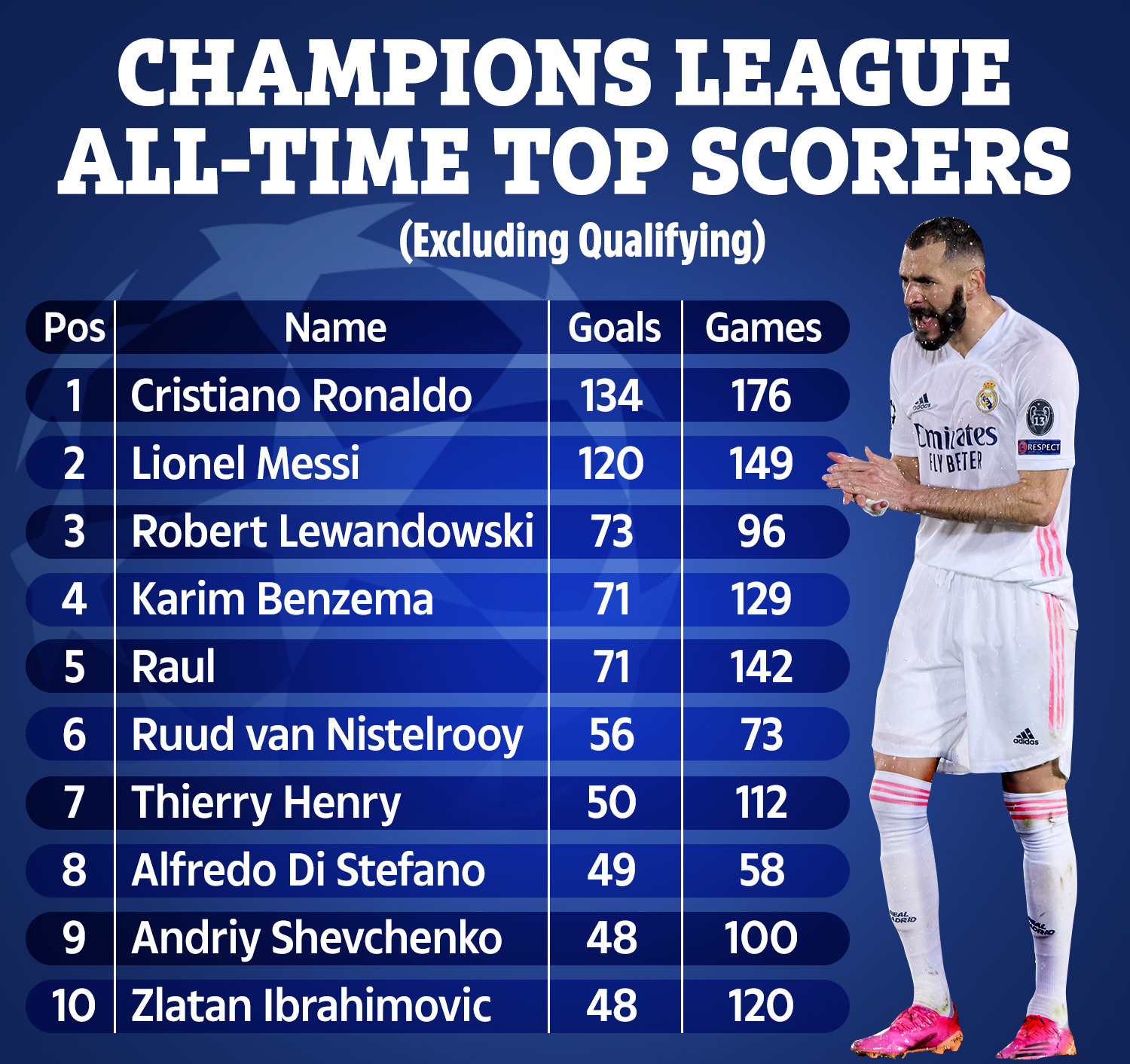