I Need Some More Soccer Trophies To Add (okay fine, start!) To My Collection! 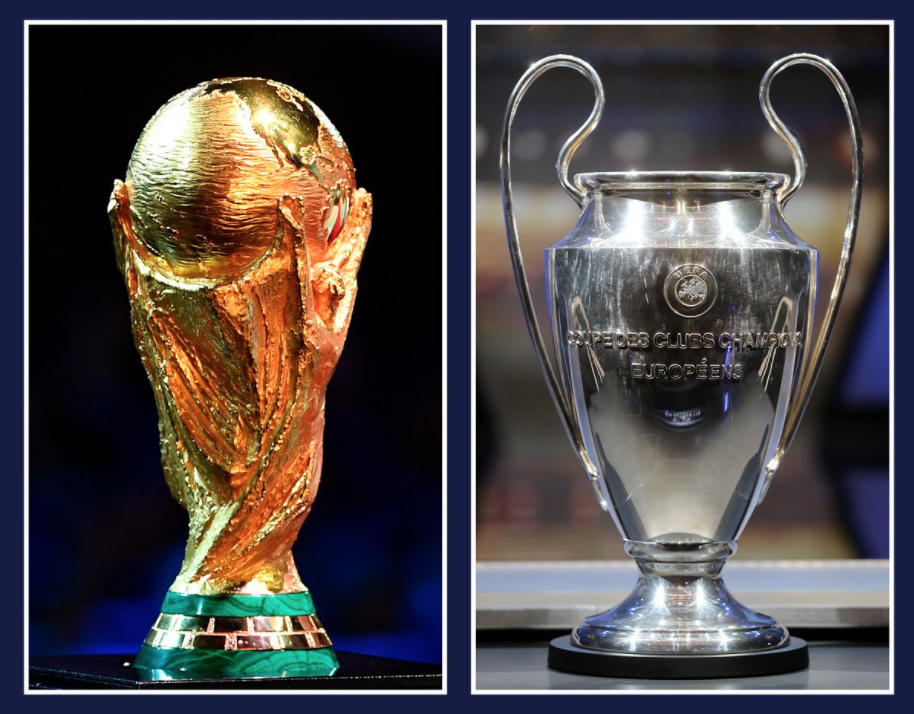 ooooooooooooooo yaaaaaaa!!! Nothing like lifting soccer trophies with your team after a big win! We all have those trophies sitting somewhere that bring nothing but good memories and adrenaline through our veins every time we look at them and think back to what it took to get them. Winning a trophy with your team is one of the most special moments of our playing careers and definitely the ones we remember most.

If you're looking to buy a new trophy for you or your team or just brushing up what soccer trophies actually symbolize and mean then you've come to the right place. With all the amazing soccer trophies like the World Cup, Euro Cup, Champions League, Copa America and Copa Libertadores why not learn a little bit more on what makes them so special. I bet you didn't know the original World Cup was stolen and never found and they had to remake a new one? Although most trophy stories are usually positive and fantastic some of the lesser known trophy stories are also pretty incredible as well.

Imagine lifting one of these incredible trophies for the world to see? Well sitting on the couch watching these players play on TV isn't going to get you as far as putting the work in will. If you've ever dreamed of raising the World, Euro or Champions League soccer trophies above you head then read below on what it takes to get there. You need to be honest with yourself and see if your work ethic, dedication and ability matches your dreams and ambitions. Many players talk the talk but how many really put the work in that is necessary to become captain of your country and lift these trophies in the air?You need a little bit of luck to make it to the top but I guarantee you no captain that lifts these trophies will think it's luck when they are crowned champions. Whether you're still waiting to lift your first trophy or you've lifted too many that you've lost count never forget the bond and memories a simply piece of wood and metal can create.

Top 5 Most Famous Soccer Trophies In The World 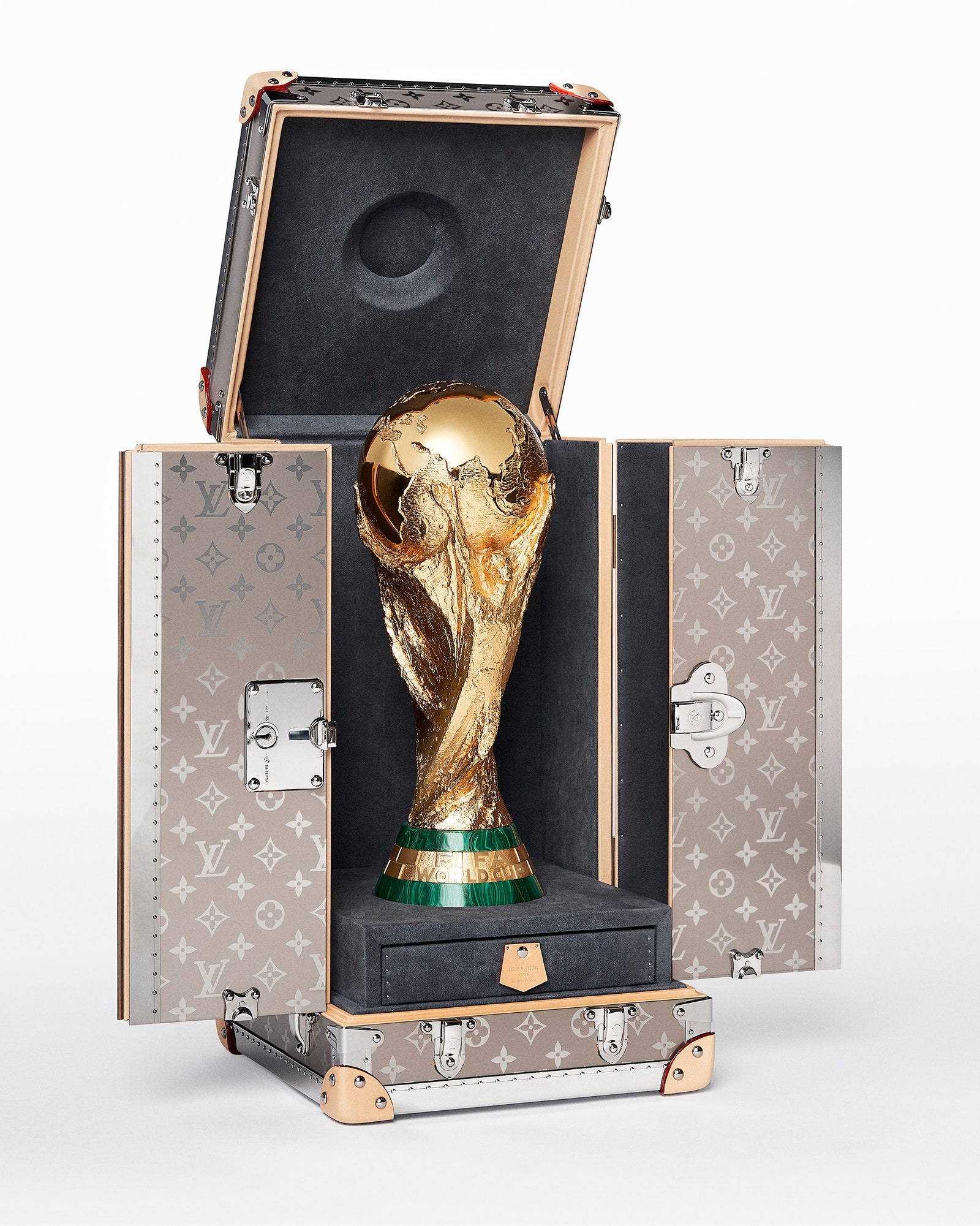 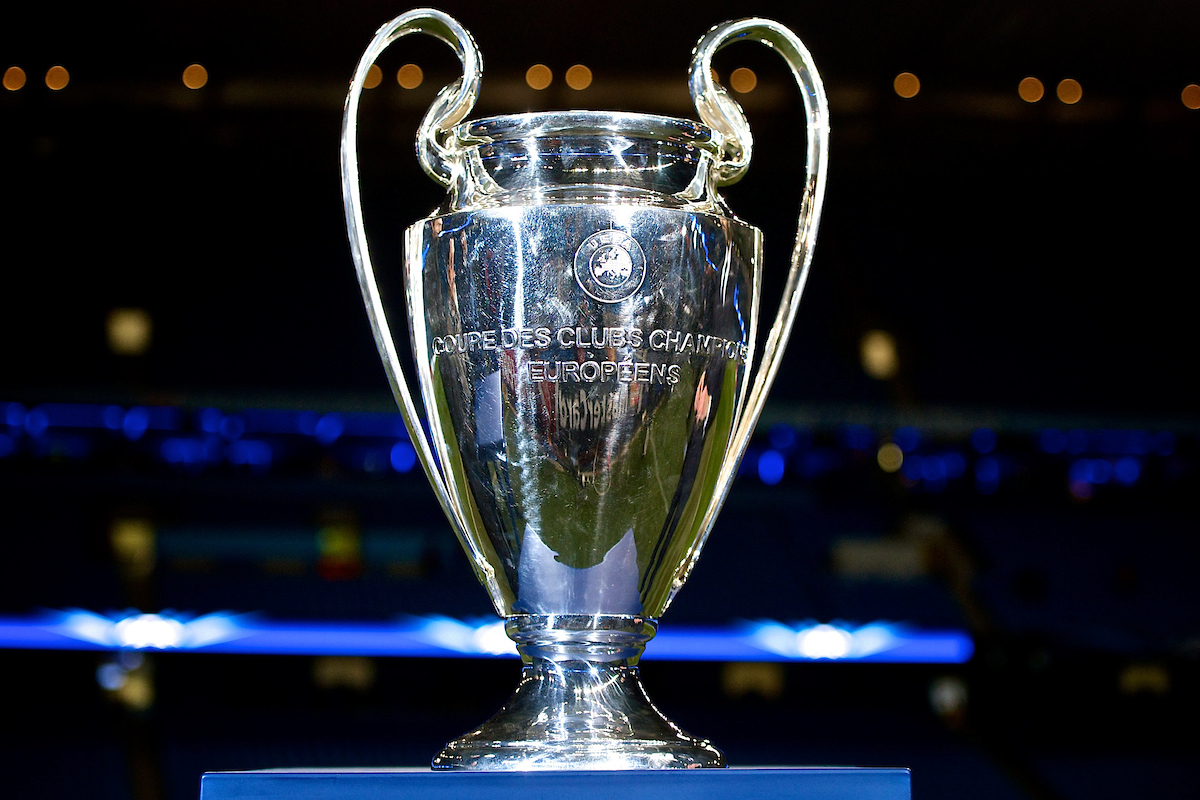 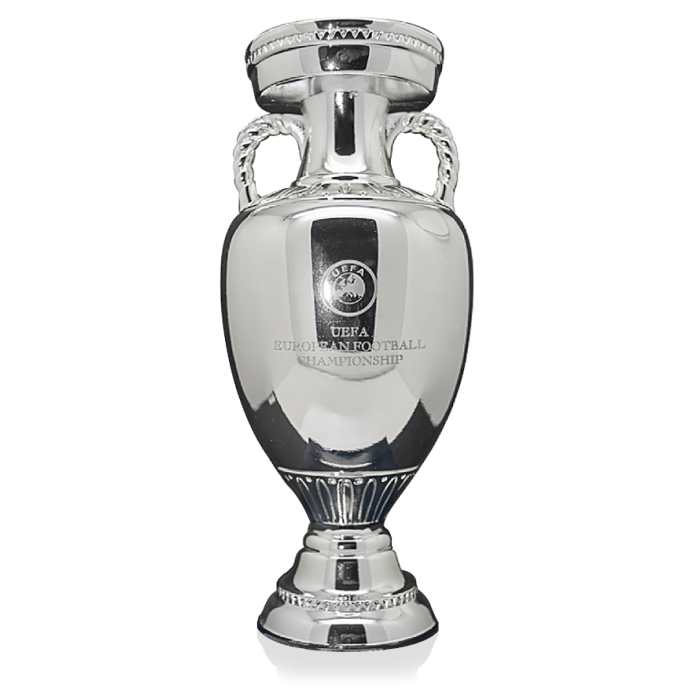 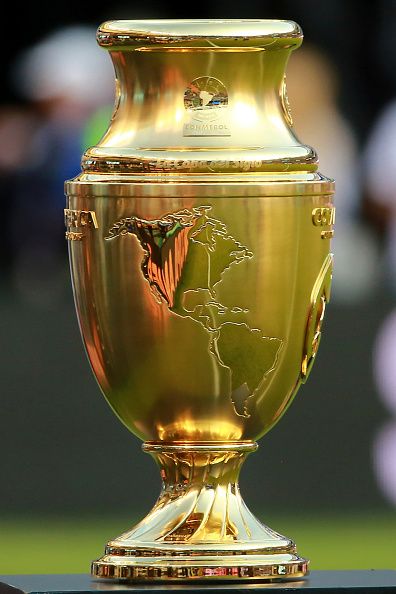 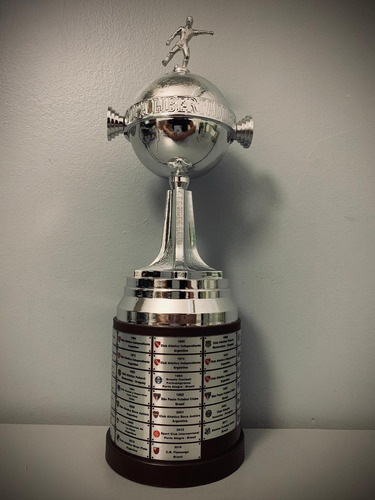 1. The Original World Cup Was Stolen! - If you didn't know in 1970 Brazil had won it's third World cup and as a gesture of their accomplishment they were allowed to keep the World Cup. Shortly after it returned to Brazil armed robbers broke into where it was held and stole it. The robbers were eventually caught and were interrogated in court but never revealed the location of the trophy. After that the trophy was never found and many suspected it was melted and destroyed forever. So much for nice gestures.

2. Copa America Made In USA? - Not the original Copa America but the new one that was designed for the 2016 Copa America Centenario. The new trophy was created by Epico Studios from the USA and is given to the winner moving forward. The Copa Bolivia is a small trophy made from silver that is given to the runners up of the tournament. If it wasn't bad enough that you lost now you have to carry this thing around!

3. The Euro Cup Aka The Henri Delaunay Trophy? - Yes that's right the Euro Cup is actually called the Henri Delaunay trophy, which was named after the founder of the European Championships and former UEFA General Secretary Henri Delaunay. Sadly he died five years before the first tournament began in 1960. Thankfully his name will live on forever through this trophy and incredible tournament.

4. Champions League Trophy Replicas - Every team that wins the Champions League or formerly known as the European Cup gets to keep a full size replica of the trophy but the original is given back every year. If you were to go to Barcelona or Real Madrids trophy case you would see all their soccer trophies and among them would be replicas of the Champions League trophy one beside the other.

5. No Gold Copa Libertadores - Believe it or not this incredible trophy and accomplishment has no gold anywhere in sight on it. Sterling silver, silver coating, bronze and a hardwood plywood make up all the elements of the trophy. You would think that a championship trophy would have a little gold on it symbolizing first place like the Olympics but no not this time, no gold for you!

5 Reasons Soccer Trophies Are So Valuable

1. Sense of Accomplishment - If you've ever scored a goal or won a close match before you know what it feels like to get that rush and great feeling of accomplishment and achievement. Multiply that by ten and that's what it feels to receive and hoist a trophy after winning a big tournament for your club or country. We all love being rewarded for our efforts and when it's reinforced with a shiny trophy we can show all our friends and family we feel twice as good.

2. Encourages Teamwork - There's a reason why there is one trophy for the team because it was earned together. A trophy symbolizes a common goal achieved by a group a people all working towards it. No trophy was ever won alone or by just one player, it's the unity and collective effort of a team that goes on to win championships and add silverware to their trophy cases.

3. Creates Memories - Go ahead and just look at one of your soccer trophies in your house and just watch all the memories start to flow right back into your head like it was yesterday. Games and goals come and go but trophies plant a flag in the ground reminding you of everything that happened leading up to holding that trophy and everything after it as well. Soccer trophies are a great way to take a trip down memory lane by just looking at it or sharing a picture of it with a friend, either way you won't be able to help but grin ear to ear.

4. Goal Setting - Sometimes players need to receive something at the end of the tunnel to be truly motivated to get there. Just like some people are motivated by money, some soccer players are motivated knowing they will receive soccer trophies for their accomplishments. Soccer trophies can be used as goal setting markers for teams and players to strive towards on their pursuit of personal and collective development. Ya soccer isn't all about the trophies but why can't we use it to encourage and motivate our teams?

5. Boosts Confidence - We've all received one type of trophy or another and it made us feel good and proud of our accomplishments but more importantly it made us crave that feeling and want it even more the next time. When you get a physical item like soccer trophies that represent what you've accomplished both as a team or individually it gives you this sense of increased confidence on the pitch. You've always though you were good and could do it but soccer trophies tend to give you validation for your ability and your accomplishments and are such an underrated tool for increasing self confidence in each player.

1. Dedication & Sacrifice To Your Craft - You don't skip a training session or a game for anything, literally no days off until you've achieved everything you want to achieve in this game. Don't wait to start training like a pro once you've signed the contract, it will probably never end up happening that way. You need to ask yourself if you're outworking everyone on your team by coming early to training, staying late and putting in work on your own when you're away from the team. If you can't answer yes quickly to this question then you are miles beyond what it takes to lift one of these incredible and prestigious soccer trophies.

2. Review and Analyze Your Game - You can ask for feedback from your coach and teammates but how do you really know if you're playing well or improving? The best way to raise the level of your game is to film all your games and even practice if you can and review them like your life depends on it. Don't be scared to watch yourself in case you see something you don't like but really critically review all the things you do well and the areas of your game that need work. Now watch a top pro play on TV and write down all the things they do well in your position and compare it to your film and what you do. If you're a winger count the number of times they look to dribble a player 1v1, how many times they cross the ball, shoot on net and turn the ball over. Now compare their stats to yours and see the gap between the impact they have on the game and you do. Once you've identified the things you need to do better at create goals around improving them week by week. Nobody else your age is doing this so if you want to separate yourself from the pack then start with this.

3. An Agent - Okay Neymar no matter how good you may be even the greatest player in the history of the game needed an agent to make everything happen. An agent is your personal assistant in using the connections they've collected over the years in their industry to get you a tryout, negotiate your first deal and extract as big of a transfer fee as possible for you. The most important person to determine your soccer future besides yourself is your agent, they have made careers for players who may not have deserved it but made it happen.

Top 3 Ways to Keep Your Soccer Trophies In Good Condition

1. Wipe It Down and Polish - Every one in a while make sure to give the soccer trophies a nice wipe down with a wet cloth to get all the dust and dirt from collecting on it. After you've cleaned it get some sort of wood and metal polish to give it that extra pop and shine for all to admire. Just doing it once a month will do wonders for its appearance and increase the life of the trophy.

2. Keep It Somewhere People Won't Run Into It - A high shelf or locked case will do the trick if you're really looking to preserve it and don't care if anyone ever sees it. The less out in the open and accessible it is to other people the higher chance there is of your pride and joy 4th place Co-ed trophy is to be ruined.

3. Put It In A Case - No matter the trophy if you want it to last spend a little bit of cash and make sure it is protected forever with a case around it. Not all soccer trophies need a Louis Vuitton case around it but a simple glass or plastic case around it should do the trick to avoid any unnecessary damage to it. Go with a clear plastic or glass case so the soccer trophies can still be admired by you and any friends that might accidentally on purpose run into it, hey putting it in the middle of the family room seems like a good humble spot to me!

Best Places You Can Buy Soccer Trophies For Your Team

Where Can I Buy Replica Soccer Trophies Like The World And Euro Cup?