ready for your first pro/college soccer training camp? i hope you're fit! 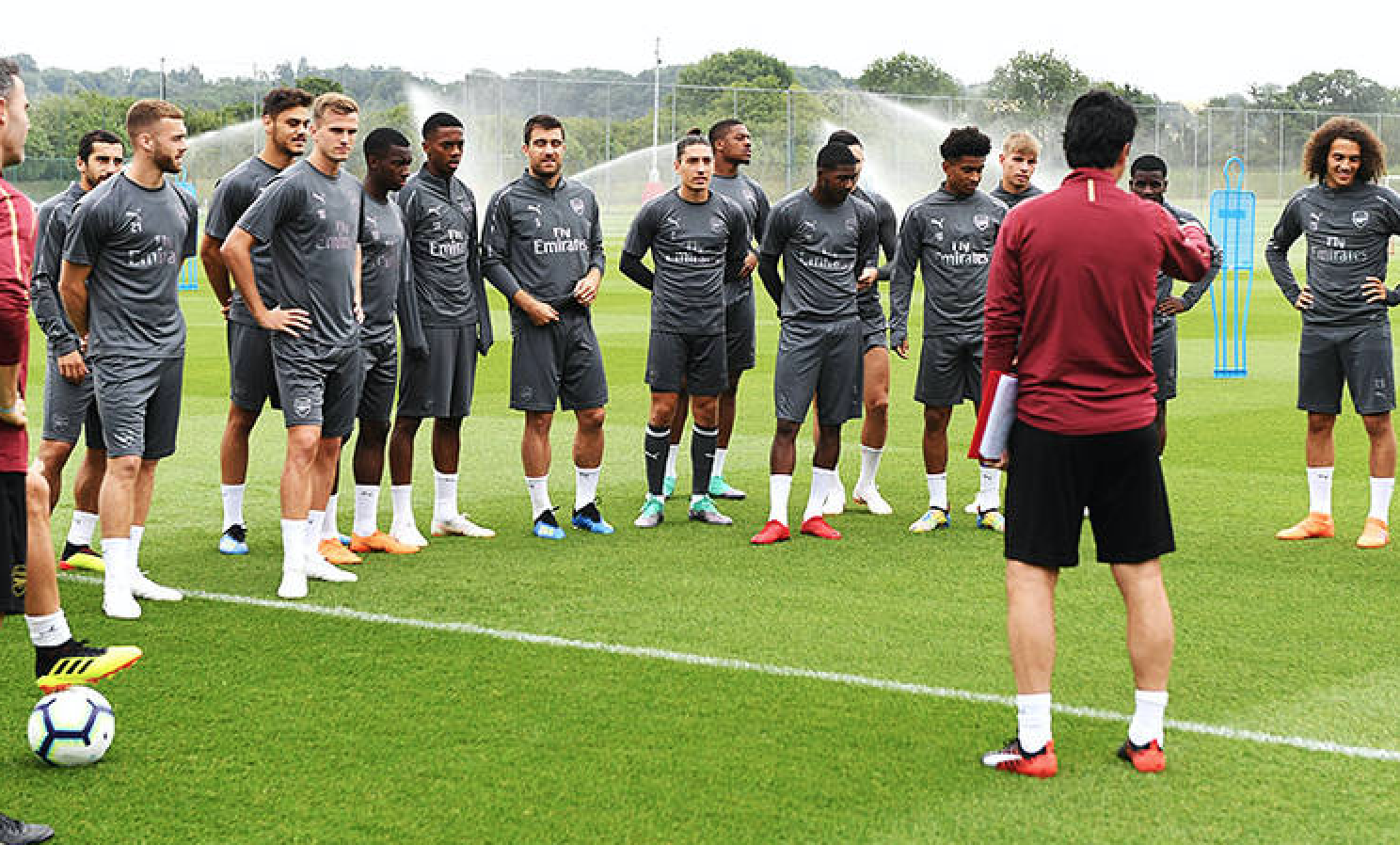 You can try and learn from your own mistakes but even better learn from mine and many more who went into a pre-season camp without all the tips and tools to be successful. You will never be more prepared for a teams training camp no matter what part of the season it is during than after reading all the advice below. Everything from what to pack, how to impress the coach and what a daily and weekly schedule might look like while you're there, just remember make the team first, make friends second. The on field part of the training camp is one part of it and the other is how you conduct yourself off of it and often if talent is even between two players it's the off the field things that could be the difference.

1. Come Physically Fit - No soccer training camp would be complete without a gruelling conditioning aspect to it. No matter the level you're at a pre-season training camp typically has lots of running on and off the field. Whether it's sprints before or after practice or long runs in the morning every training camp will have your legs beyond sore. Feel free to use this fitness training program to get yourself ready for your next soccer training camp.

2. Fine Line Between Friends and Competitors - Of course you're there to make the team but don't get blindsided by trying to be everyones friend at the same time. Although building the connections with your teammates is important the most important thing is making sure you make the team, solidify a starting spot and impress the coaching staff with your ability and physical preparation. That doesn't mean you have to be a jerk to everyone but don't let becoming friends with someone distract you from your main goal which is to impress the coaches and win a spot on the roster.

3. Use Rest Time Appropriately - Sleep, nap and over hydrate whenever you can and just because you don't feel tired don't be up late or not taking advantage of the little breaks throughout the day. If you have a few hours off before the next training get off of your feet and even get a quick nap in if you can or if you have a day off make sure you take full advantage of it because later in the week when all the miles start to pile up on your body you will wish you had.

1. Thinking Your Spot Is Secured - Whether you're trying to make the team or have started in years past never think your status is set and can't change. When you start to get comfortable the next hungry player comes and takes your spot, plus you should be wanting to outdo what you've accomplished up until this point. Approach every soccer training camp with the same hunger to prove your worth and elevate your status on the team no matter if you're new or a veteran to the squad.

2. Coming In Unprepared Physically - Not only is not coming in fit the best way to not make the team but also is the best way to pick up an early injury and basically be written off the rest of the camp. Coming in physically fit will allow your body to withstand all the physical demands that will come your way that week but also keep your body from picking up a hamstring, groin or hip flexor strain. Every team I've been on this happens to at least 3 or 4 players so coming prepared is half the battle during any soccer training camp.

3. Showing Up Late - Whether it's to dinner, the bus or training showing up late shows irresponsibility and lack of discipline so be sure to set alarms on your phone for all the important events of the day. Make it a habit to get to events extra early to prepare mentally and physically and avoid even the smallest risk of showing up late to anything.

4. Bad Body Language - Coaches can't stand negative body language and can see it out of every corner of their eye. Even if that's just the way you stand your body language can be interpreted in a negative way whether you realize it or not. Nod your head when the coach is talking, maintain eye contact and unfold your arms and act engaged or coaches will start to think twice about your attitude.

5. Mistreating Teammates or Staff - No matter how good you are if you're treating everyone with disrespect or walking around like you're too cool for school then you're putting yourself in a position for the coaches to move on from you. With all the issues coaches have to deal with the last thing they want is a player who treats his teammates like crap and is just a headache to deal with. Treat everyone with respect or you could find yourself on the first train home no matter your ability. 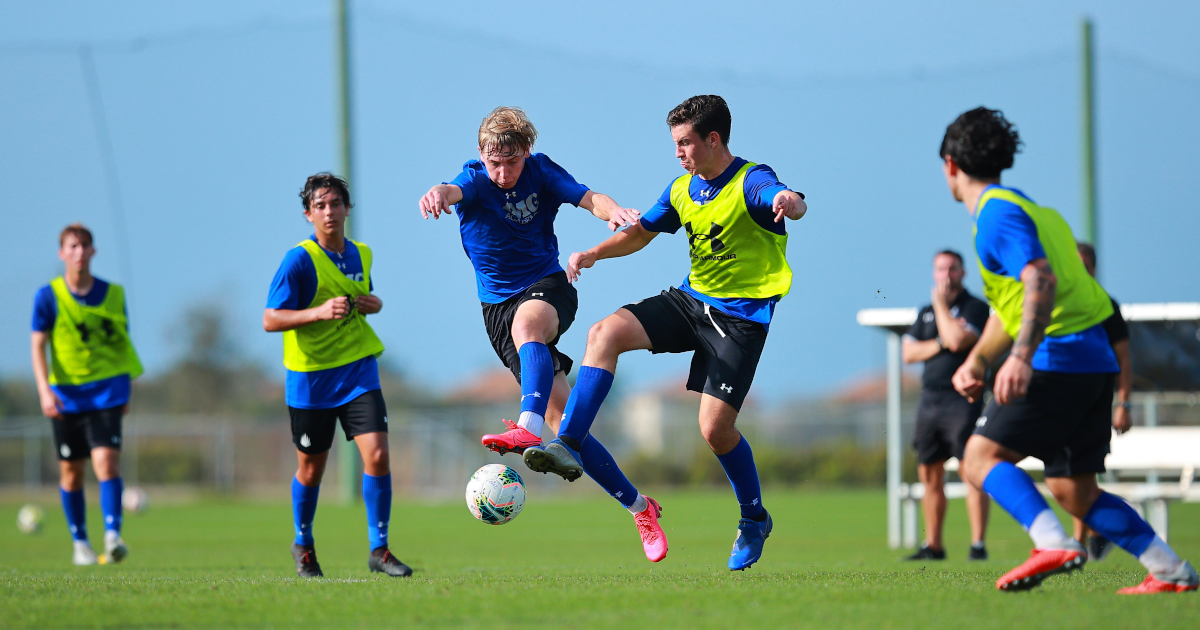 1. Blow Them Away With Your Fitness - The first thing a coach will look at is to see how fit you are from a conditioning stand point. It's not uncommon for a coach to start the soccer training camp with a fitness test of some kind to filter out the ones that haven't prepared over the summer. Coming in at a fitness level above everyone else not only tells your coaches and teammates that you're prepared but you have the mental discipline and dedication to train all summer long for this moment and it shows how much this team means to you.

2. Treat Everyone With Respect - No matter if it's the head coach, the captain, the athletic trainer or the bus driver be sure to treat every member of the team with the equal amount of respect. Not only will this help your image in front of the coach but it's what being a good person on and off the field is all about.

3. Come Early and Stay Late - Show that not only are you a great player but you're willing to outwork anyone but coming early to training and staying late to work on your game. You'll also find yourself having more casual conversations with the staff and players the more you hang around and show up early which will help with developing your relationships with them. Also help with setting up and taking down the equipment to show you're a real team player and that no job is too small for you.

top 10 things to bring to your teams soccer training camp

1. Two Pairs of Cleats (in case one pair rips)

2. Team Provided Clothing and Gear (if not provided bring your own)

3. Extra Clothes (both athletic and non-athletic)

6. Lots of Underwear (2 for everyday you're there plus a few more)

9. Two Garbage Bags (one for your dirty clothes and the other in case it rains and you want to cover your gear while you train)

Below you will find a typical weekly schedule of a training camp that has a fairly consistent structure to it so you know what to expect come your teams soccer training camp. As you can see you will need to be able to withstand so much physically so coming in fit and resting when you get the chance is critical. Most training camps will try and get in an exhibition match or two or at the very least some inter-squad 11v11 matches to see how players match up against one another.

how long does a soccer training camp typically last?

The length of a soccer training camp can depend on so many things including the level of the team (pro/university/club) what part of the season the team is in (pre-season, mid season, post season) and of course the direction the team is taking and the objective of the coach for the group of players he has. Typically a training camp lasts anywhere from 4 to 5 days to a few weeks depending on how much lead time a team has until they have their next important match. I've been to training camps that have been just a weekend and others close to 4 weeks so it really depends on what type of team, the level and time of year.

how many players are usually at a teams pre-season soccer training camp?

Again this will depend on the time of year and the teams objectives etc but let's use the most typical time of year when a soccer training camp takes place which pre-season. This time of year the squad is still taking form and the coach may want to take upwards of 30 players to assess everyone fairly and be able to play 11v11 inter squad matches anytime they wish and have a few left over just as an injury buffer should their be any.

The standard number is usually somewhere between 23-30 players and by the end of the training camp the coach may trim it down by a few players to get their final number of somewhere in the high 20's.