Soccer Sweeper? Does Anybody Play with One Anymore? 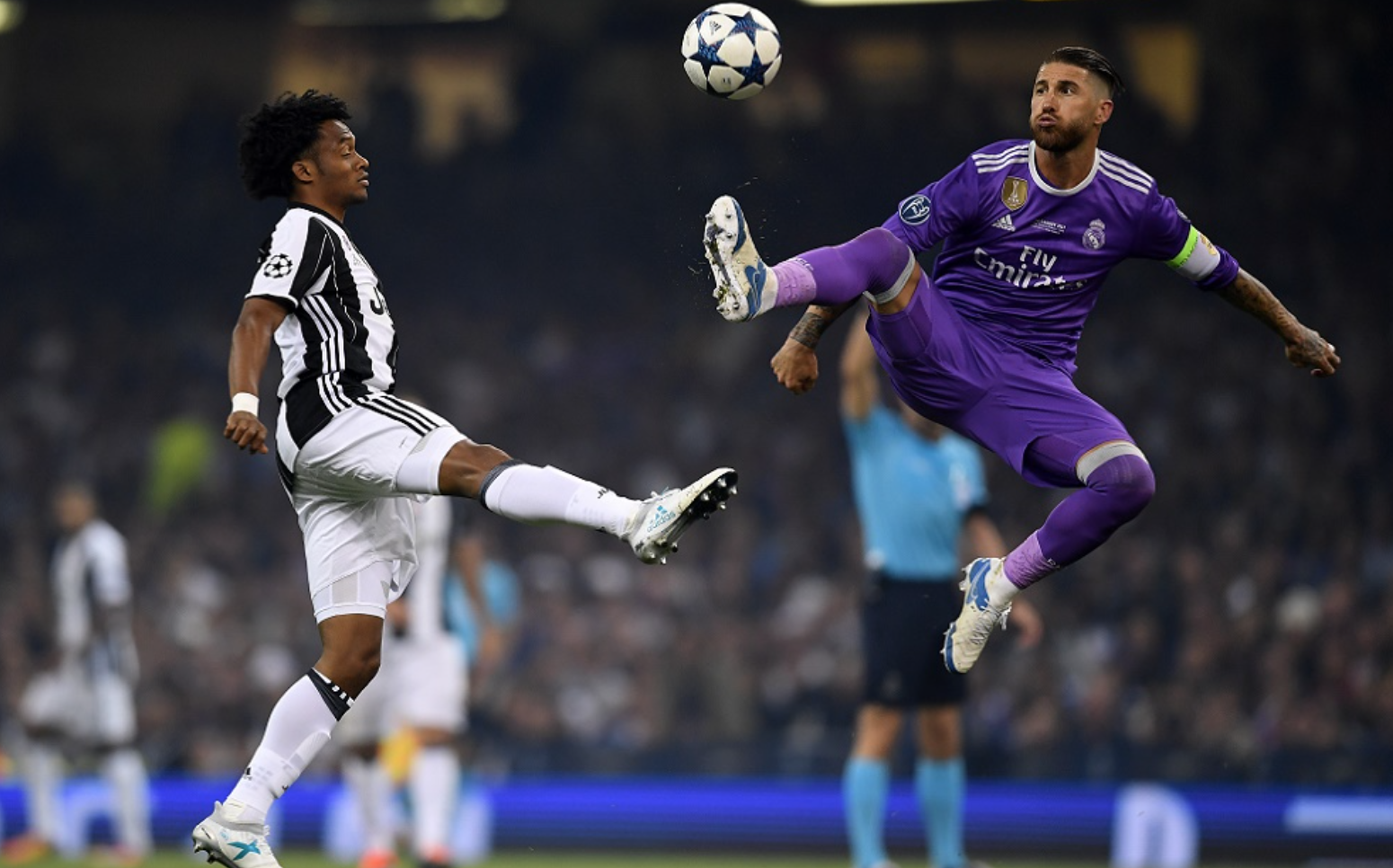 A dominating soccer sweeper in today's game is tough to find, mainly because modern professional soccer is generally played with a flat back four and the sweeper positions has been almost eliminated.

The days of old where sweepers use to run the show at the back are gone, but there is good news. All the qualities, traits and attributes of the position are still vitally important in all defenders particularly center backs.

"so coach what position am I playing today? ummm, well Jimmy

what is a soccer sweeper exactly?

If you're reading this wondering what a sweeper is you were probably born after 1995 and have never heard of such a position. If you were born before then welcome my prehistoric friends. All jokes aside the soccer sweeper is a position on the field that has gone away in recent time but was common in the early years of the sport. Basically the sweeper sits in behind the defensive line as an extra layer of protection, sweeping up in behind the defence so to speak. Typically this position is a free roaming position that has no man-to-man responsibility but plays between the keeper and center backs. The sweeper has many defensive responsibilities but the most important job the sweeper can play is protecting the center backs, period.

1. High IQ - Putting yourself in the right position is more important than actually making the tackle is what having a high IQ is all about. Great sweepers can sense the danger before it happens while playing low risk soccer.

2. Ability to Read the Game - Anticipation is key as a sweeper so try and think where the danger is going to be and look to put people in place to deal with it before putting yourself in that position. Thinking two or three plays ahead to get your body positioning adjusted can be vital in sniffing out the danger.

3. Ball Winner - Nothing complicated here, pure and simple ball winner on the ground and in the air with whatever body part it takes. Timing of the tackle is everything and the sweeper has to be able to challenge for balls with controlled aggression and come out with the ball no matter the situation.

4. Discipline Defender - The last line of defence needs to be the rock of the team and can't be running up past the defensive line or out wide doing other people's job and compromising his deep position. Protect the middle of the park by staying there and letting the danger come to you.

5. Athletic - You need to have the ability to jump with the strikers who can jump out of the gym, sprint with the wingers that come blazing your way and stand strong with any center back that may come your way on a set piece or two.

what is this sweeper keeper thing everyone is talking about?

As much as the pure sweeper role is rarely used in the modern game the sweeper keeper role has started to grow. If you're not familiar with what this means it is basically a keeper that plays high off of their line and cleans up in behind the defensive line while still maintaining the goalkeeper position. Manuel Neuer from Bayern Munich and the German National teams has been the player that has really brought this role to center stage. Next time you get a chance have a look at how high and how often he comes off of his line to win balls with his head, feet and other body parts.

-Quick off your line

-Confidence in the open field

-Ability to anticipate the play

1. Your primary job is to protect the center backs. Don't get caught running around all over the field like a chicken with their head cut off.

2. Anticipate the play and put your teammates in a position to do your dirty work first to make your job easier.

3. Be neat and tidy when the ball is at your feet, your job is to go unnoticed and clear your lines.

4. Straight up be a viscous ball winner, after all that's why you're there.

5. Constant instruction and communication to your keeper and the lines in front of you. We don't always play our best games but nothing is stopping us from being great communicators all game long.

1. Trying to be the sweeper, center midfielder and striker all at once, do your job and nothing more.

2. Flat footed and closed body position. Always be side on ready to move in any direction, remaining flat will only leave you reacting to the opponents.

3. Being too cute. If the ball needs to be cleared out of bounds or up the field to nobody so be it, zero risks is the sign of a great soccer sweeper.

4. Being a mute. Open your mouth and organize, encourage and instruct your teammates for the greater good.

5. Dribbling out of the back. A coach's nightmare is a sweeper who tries to dribble in the most dangerous part of the pitch.

WHAT SHOULD A soccer sweeper BE WORKING ON BEFORE AND AFTER TRAINING?

1. Ball Clearances - have a teammate serve you balls from all different parts of the field from about half and learn to clear all the different

2. 1v1 Defending - have the best players on your team take you on 1v1 in the open field from different angles to work on your discipline 1v1 defending. Remember the defensive principles such as maintaining a low athletic stance, tackling with your front foot, not jumping in, maintain an arms length cushion and never let the man and the ball past you. 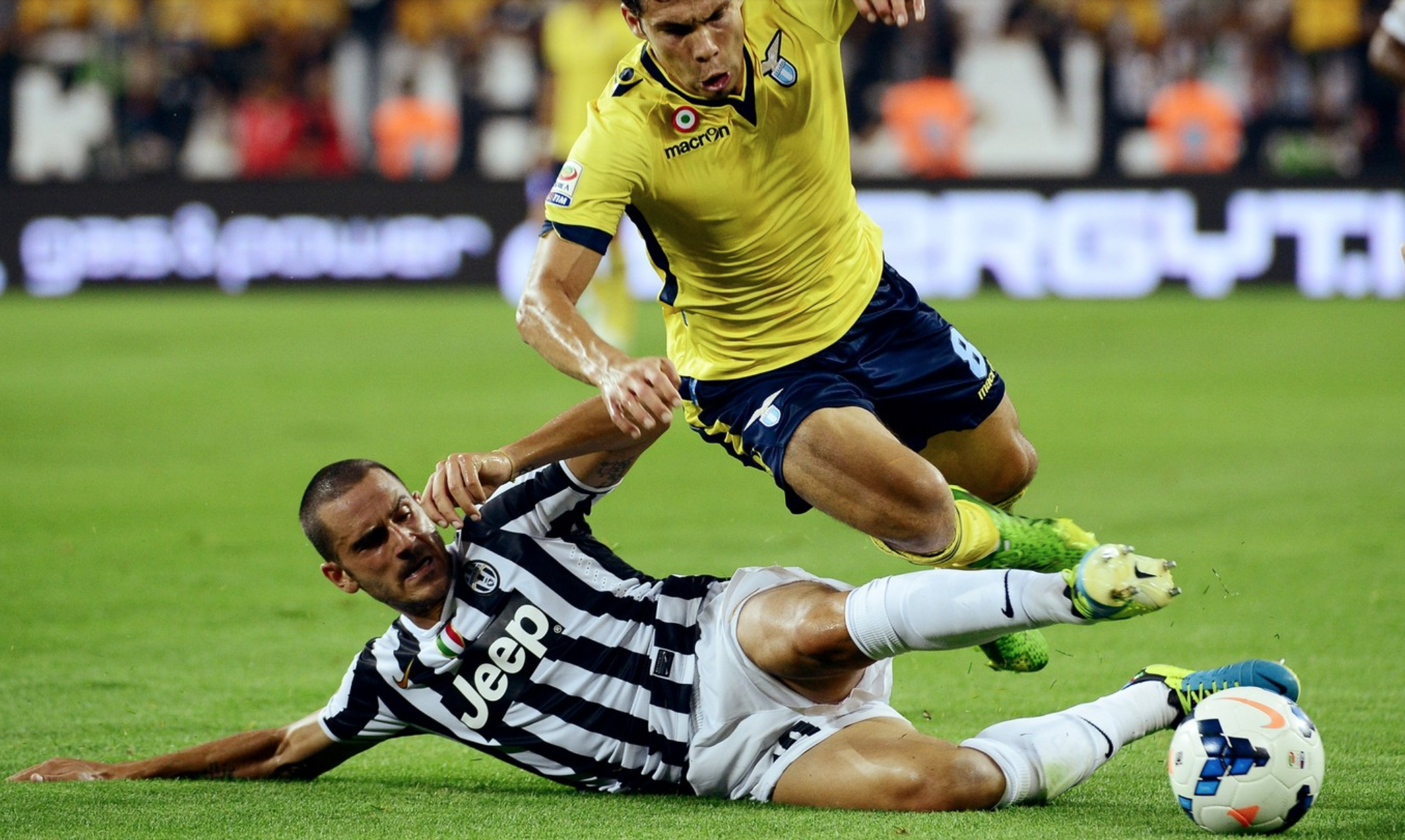 Can One of the Two Center Backs Play Sweeper at Times?

If they are doing their job they should be rotating the sweeper role constantly all game long. Why?

Well any good center back knows when a ball is being played in to the posting forward or over their heads one center back steps with the man and the other provides cover in behind acting as a sweeper temporarily.

Traits they must poses to remain in unison:

-Strong sense of communication and chemistry

-Understand each other’s roles and responsibilities

-Through good and bad remain positive

Whether your considering bringing the sweeper role back to its former glory or you’re a center back trying to see what you can learn from this almost extinct position it’s important to remember a few things.

First, all the same technical and physical attributes still apply if you’re a center back

Second, the man in the back is the leader, general and directs traffic at all times and is responsible for the whole team.

Third warrior like mentality is a must for any quality soccer sweeper, sticking your head where most wouldn’t put their feet.

Do Professional Sides Ever Play with a Sweeper?

As a set formation, rarely. The reasoning is because the flat back four or three most sides play with provide protection without giving up the long ball over the top.

Also players these days can handle at times one or two strikers coming at them with four players plus the help of their midfield line.

Adding another player to fortify the backline is taking one away from your attack, this is the philosophy that many teams and coaches have adopted and if it works for the best teams in the world who are we to argue. What was all that defense wins championships talk?

So to tell it to you bluntly no, it will be truly unique to see teams lining up to start a match with a sweeper in behind their back line.

Does a Soccer Sweeper Ever Get to Attack?

A Sweepers main responsibility is to hold down the fort in the back breaking up plays and creating defensive harmony. There are although times where the second last man back gets to go forward and join the attack.

Mainly this goes on during set plays. If your team happens to get a free kick or corner then the big man (the sweeper is generally one of your bigger players) get to go forward and try and get their head on the end of a ball swung in.

The rare opportunity may arise when a sweeper goes on a run forward and connects on a scoring opportunity. This either results in something positive or a seat on the bench next to the coach if your team gets exposed. Stick to defending big man and do your job.

To learn more about the Evolution of the Sweeper this link will give you a deeper insight.

-Proper defensive stance with attackers back to them, stationary or dribbling at speed toward them.

-Proper heading technique in clearances of the ball and directional heading

-Very aggressive and powerful in the air

-High level of speed both forward and backward

Strong Vocal Communication - Organizing, instructing and encouraging teammates is something you can always bring to the field no matter the score.

Relational - The way you trust and connect with your keeper and other defenders is an important attribute of an effective sweeper.

Focused - There may be long moments in the game where nothing is happening and in a flash it can all change so maintaing your focus for the entire game is essential.

Selfless - There may be a moment when you go down a goal or need to push players into different positions and it is not uncommon that the first person to be moved out of their position is the sweeper. This is where being selfless comes into play and understanding that it's a tactical and what's best for the team decision and not personal. Giving up self for the whole is a leadership quality a great sweeper must possess.

-No non-sense tackler and clearer of the ball

-Understand his role as a defender and not as a distributor

-Confidence of teammates to act as the last line of defence

-Leadership skills in organizing and arranging formations as they develop