Sudden Death Soccer Shoot Out! Luck or Skill? Learn All You Need For Your Next penalty shot 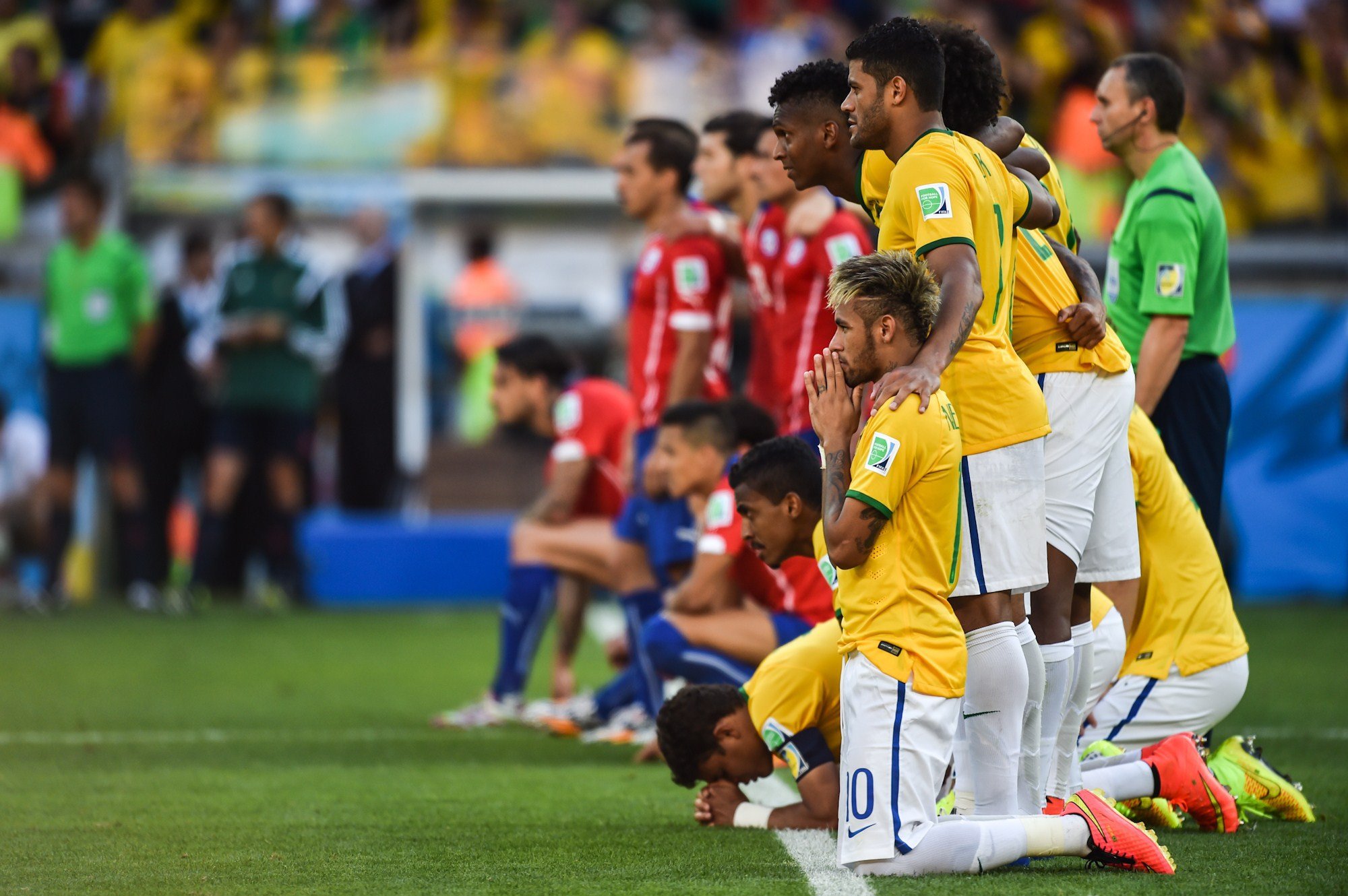 I hope you didn't like your nails, a soccer shoot out will take care of those nails and add a few grey hairs up top too! For any of us who have been in a penalty shoot out in soccer where the game, tournament and possibly even season is on the line you're probably getting nervous just thinking about it.

We've all been on both ends of a penalty shootout and it's funny how we only remember the awful loses and the wins feel like just one big blur, I've got tears in my eyes just thinking about them.

Whichever level or country you play at being able to stay calm and confident during a shoot out is everything, time for that whistle lets gooooo!

How Many Players Shoot?

Outdoor 5 per team and indoor 3 per team. You have to have all 11 players that finished the game remain on the field because they may be required to shoot should it go past the allotted shooters in the case of a tie.

How Far Do You Shoot From?

12 yards (10.79 meters) from the goal line and is usually indicated by a white line or dot.

What If Everyone Scores?

If everyone scores from both teams then you go on to sudden death penalties which means any combination of a goal and a miss wins it.

What If Everyone Misses?

Well that's embarrassing, then the next shooter on each team goes and once again any combination of a goal and miss wins it! Only players that were on the field get to shoot remember. If everyone has shot including the goalies then players can start shooting twice.

Can You Use Any Part of Your Body To Shoot?

Well technically anything but your arms and hands. I've never seen anyone take a penalty shot with anything besides their foot but sure I guess you could use your knee, shoulder, head or anything else if you really wanted to.

Can You Stop and Start On Your Run Up?

Not fully no, you can stutter, slow down or speed up your run up but you cannot fully stop or go backwards or your shot is done.

Does The Goal Count If The Goalie Touches It and It Goes In?

If the goalie gets a touch and it is still moving then yes it counts. If the ball comes to a full stop or goes over the net then it is dead.

Do All Games Go to a soccer shoot out if Tied After 90 Minutes?

Not all games no. It's typical for league matches in the regular season or the group stage of tournaments to end in a tie resulting in each team getting a point. As you move into tournaments, playoffs and single elimination formats then the shoot out comes into play. Outdoor tournaments will have 5 shooters and indoor typically have 3 shooters.

Can Players From the Bench who weren't on the field when the game ended participate in the soccer Shoot out?

Every tournament or league might have their own set of rules but in any serious high level league only the players that remained on the field when the final whistle blew are eligible to shoot in the shoot out. This is why you will see coaches making late subs in overtime to get certain players on the field who may be shoot out specialists and even sub in the back up goalie because they may be better at shoot outs than the starter. As bizarre as this may sound it has happened at a World Cup and worked perfectly, video below.

Should you Have All Left Footed or Right Footed Shooters or Mix It Up?

Well well Pep now we're thinking. But before you overthink it you really should be looking to put your best 5 penalty takers for the shoot out no matter their preferred foot. Now if you have a couple shooters that are equal in ability and you can't separate them then if it's an option you may want to think about going with the shooter who has a different dominant foot than the other four. Why you ask? Well, just like in baseball how different pitchers are suited to pitch against certain batters (lefties against lefties) goalies too will be thrown off and it may work to your advantage. Also if you think about all the penalty shots a goalie has faced in practice against their own team or otherwise a large percentage has to have been from right footed shooters, so if you can mix it up it may give you a slight edge.

Is There A Soccer Shoot Out For Indoor Soccer Games and futsal?

Typically yes. Not only that usually there are only 3 shooters for each team that shoot instead of the typical 5 for outdoor games. Oh and not to mention they are so difficult for keepers to save considering how close the players shoot from. For those reasons

5 Biggest Differences in an Indoor Shoot Out are:

Interesting article about the effect of high pressure penalty kicks

When debating with your friends about different penalty shoot out strategies try and have a look at some studies professionals have done to see all the different factors that go into what seems like a simple soccer shoot out.

Still don't think all these factors matter in a soccer shoot out? Well maybe this article about the pressure on the point of no return in simulated penalty kicks might change your mind.

are there any differences between a penalty shot in a shoot out and one during the game?

Lots! The pressure, rebounds, players crowded around the box to name a few. Easily the biggest difference is the pressure of scoring and the finality of missing. A penalty during a game still has pressure but usually there is time left over to still redeem yourself should you miss. Also you probability of scoring is higher in a game considering their are rebounds allowed for you or your teammates to tap in should the goalie save it.

Let's not forget about what shooting a penalty in a game does for the psychology of the shoot out should the same shooter shoot again. If you missed your feeling lower on confidence and uncertain about which side to shoot, while the goalie feels on top of the world. Even if you score your shot in a game and have to shoot again in the shootout the goalie now knows which side you prefer, the speed of your shot, even your run up etc.

So before you start thinking that penalty shots in a games are the same as in a shootout, think again, but don't overthink now!

What Are Some Different Ways to Hit A Soccer Shoot Out Penalty Kick?

Well to name a few you can do a stutter step like Neymar, the jump before you shoot like Jorginho, the panenka (chip) like so many over the years or even pass to an oncoming teammate who runs from outside the box just as you touch it to him. Now I can tell you that if you try something spectacular and it doesn't work you run the risk of your coach taking you have penalty shot duty so before you try any of these understand how your coach and teammates might perceive your flamboyant penalty shot.

Top 5 Reasons Players Score in A Soccer Shoot Out

1. Supreme confidence!! They believe in their ability and believe they will score. Not only confidence in themselves but confidence given to them by their coaches and teammates.

2. Cool, calm and collected. Not letting your emotions get too high or too low and not letting outside factors affect you.

3. Been there done that. You can't teach experience as the saying goes, those who have participated in a pressure filled soccer shoot out or two over the years are more prepared (win or lose).

4. Technique. Ya it's just a 12 yard shot but you've even seen pro's sky it over the net. Lock the ankle, plant foot sturdy and body shape all are important.

5. Put the work in. Those that have put in countless reps in training to prepare themselves fo ra shoot out are ready for the moment.

1. Change the spot of where they want to shoot. Pick a spot and don't change, don't let the goalie or an opponent put you off.

2. Only thinking about what happens if they miss. It's natural to only think of the consequences but this is where a strong positive mind could be the difference between scoring and missing.

3. Didn't check the field before your shot. After you place the ball (not in a w\hole or divot) as you walk back check the path you are going to run and be sure there are no rocks, ditches or uneven ground in your run up.

4. Hitting it safe. Go big or go home, it's not enough to gently put it on net and be happy if you put it on frame  with no force. Hit it like you mean it and live with the outcome.

5. Poor technique. Too much power, curve or accuracy could result in not sticking to the basics during your shot, stick to the fundamentals and fire away.

when exactly can a goalie jump off their line during a shoot out?

Believe it or not the goalie can only move off of their line (forwards or backwards) at the point when the shooter hits the ball with their foot. As if they keepers weren't at a big enough disadvantage already during a soccer shoot out. Now keepers are free to slide side to side on on their line as much as they like at any point during a penalty kick. 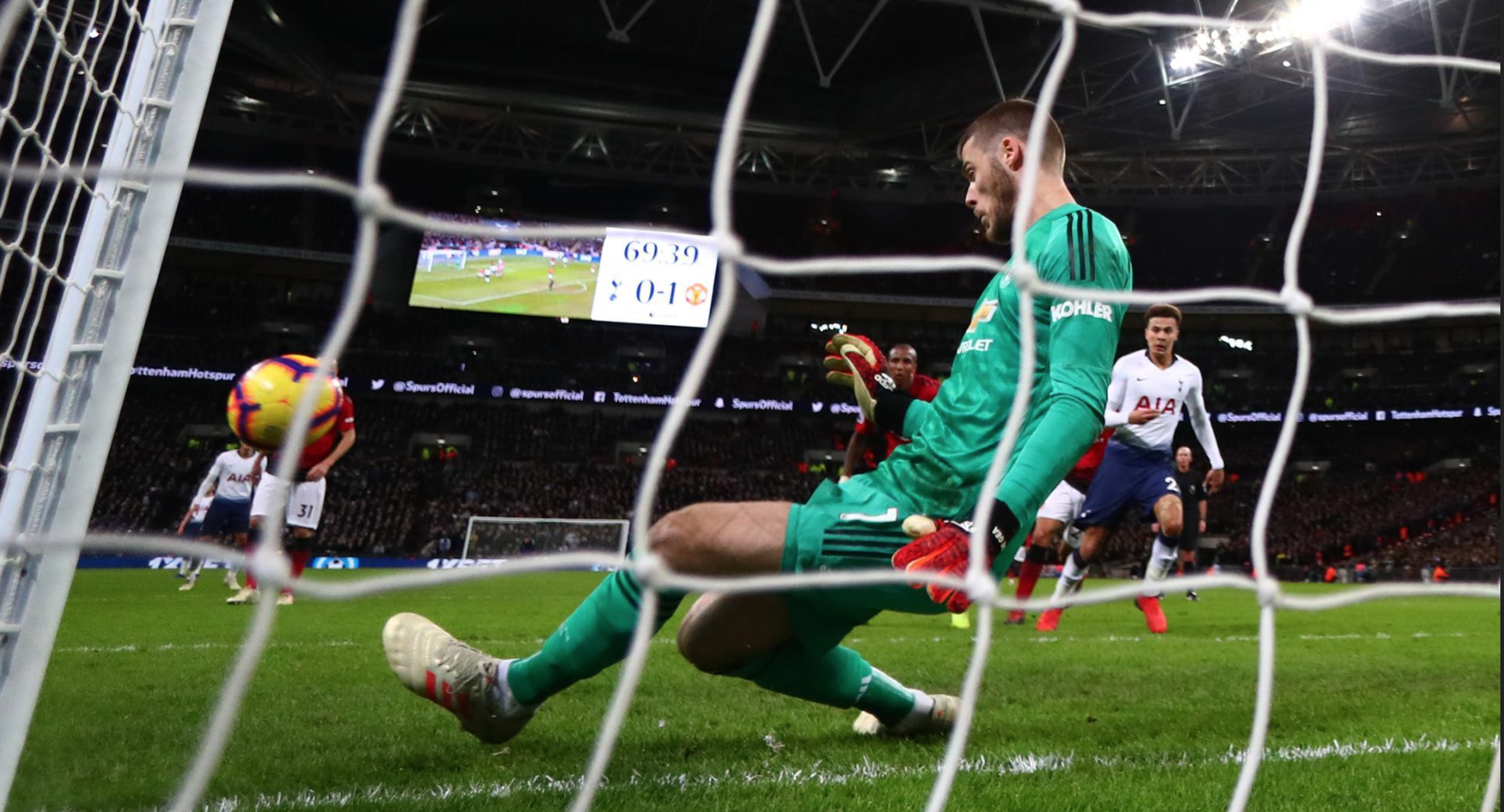 Can The Goalie Shoot As Well? advantages to having the goalie shoot!

Of course they can. As long as they are on the field after the final whistle (most goalies are duh) than they are absolutely eligible to hit one. Believe it or not some goalies are fantastic penalty kick takers because of their knowledge around the goal and shot power. Another advantage to a goalie shooting is that there is most likely almost no footage of the taking a penalty so it's difficult to do any research on what side they like to shoot to. Personally I feel an underrated reason why I like goalies to shoot is they are the only person on the field that can make up for their mistake if they miss their penalty shot. Most players have no chance of redemption and sit with their miss forever, but the goalie has a chance to make up for a miss by saving a shooter down the line should they miss. Something to think about but in some ways the pressure is completely off for the goalie.

Have They Ever Tried Something Besides A Shoot Out To Decide A Game?

Yes!! Believe it or not the MLS (Major League Soccer) played in North America experimented with breakaways before eventually moving onto the soccer shoot out style you see today. Some say ridiculous some say brilliant but either way incredibly entertaining. Basically a player would line up 35 yards away from goal and have 5 seconds to score a goal. During that time they couldn't stop and goalies can come as far out to try and save them as they like. Wild times and nothing resembling the soccer shoot out we have today but hey it was worth a try, here is some video footage to see exactly how it looked.