Got What It Takes to Become A Pro Center Midfielder? 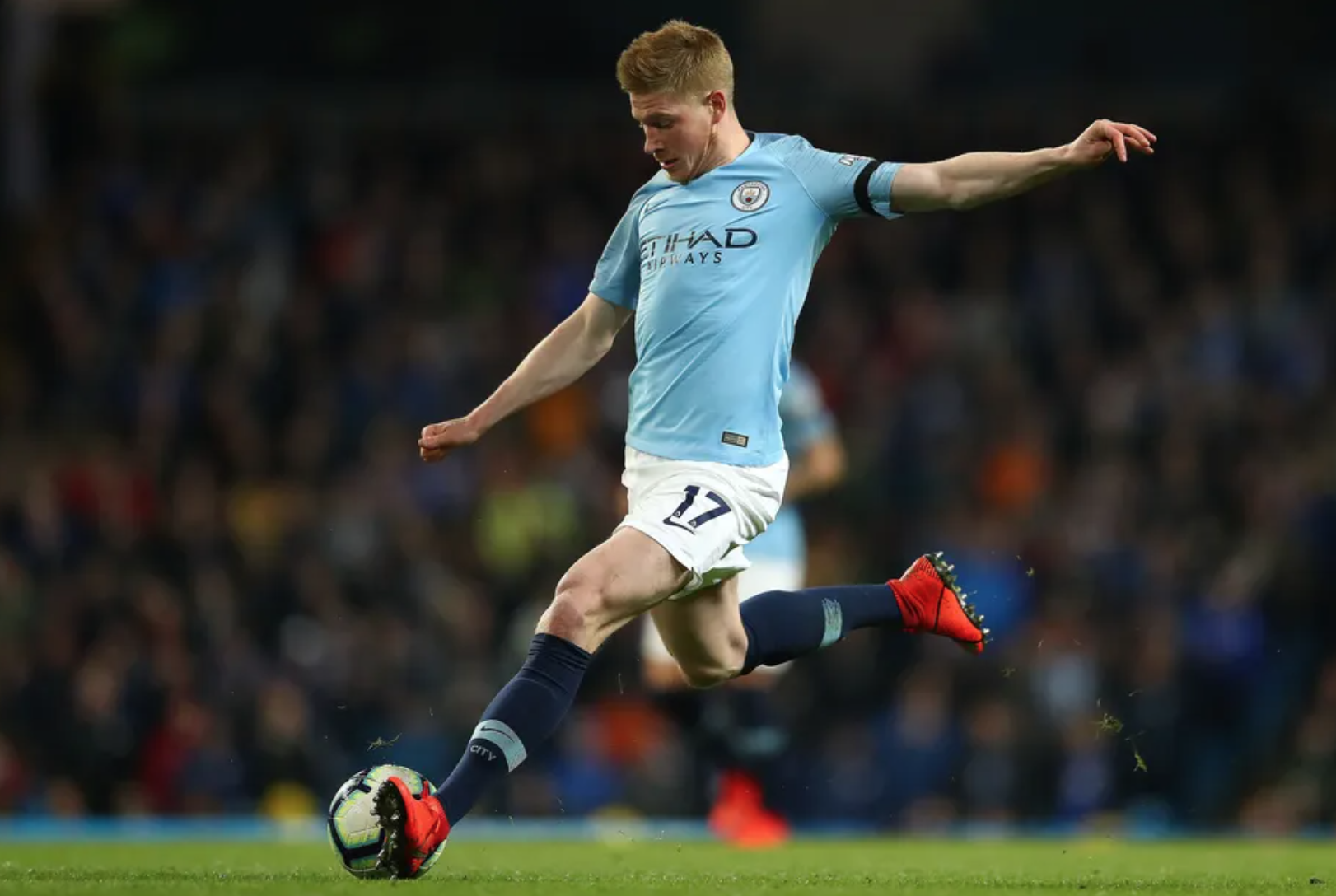 A Center Midfielder is pure and simple the brain of the team. Arguably the most difficult position other than keeper is the player that everything must go through. Keeping the rhythm of the game, being dangerous going forward and being able to link to every player on the pitch are a few of the important roles of a world class center mid.

De Bruyne, Modric, De Jong, Silva and the list goes on and on are players that bring so much to a team through their understanding of the game and ability to perform in the center of the park at the highest possible levels.    Have a look at what you still need to add to your game to make that next leap in your game.

WHAT ARE SOME ATTRIBUTES OF great pro center midfielders?

-Keep it simple stupid! (the best players in the world make playing simple so easy!)

-Eyes in the back of their head! (a great center midfielder will always know their surroundings to know how to wiggle out of every situation)

-Can play both sides of the ball! (can you affect the game offensively and defensively? Great pro's can)

top 5 center midfielders in the world

why are so many center midfielders converted to other positions?

The reason you may see great pro players that used to be center midfielders when they were younger is because this position develops the most all around players which attributes are easily transferable to any other position. Also wherever you move them they go to that position with a great touch, vision and overall high IQ of the game.

If you are a center midfielder and you may not be playing as much as you want be open to the idea of changing positions should your coaching suggest it. You may find that your game gets raised another level playing in a position that is less stressful than center mid and suits your skill set more.

why do people call center midfielders 6, 8 and 10?

What people are referring to is their position number on the field. Every position has a number associated with it and the three center midfield positions are the 6, 8 and 10.

The #6 is your center mid that is a defensive rock that protects the back line and does a lot of the dirty work for the team, great examples of pro's who do this include Kante, Casemiro and Fernandinho to name a few.

The #8 is your classic box to box center midfielder who does a bit of everything and is your all around center mid. Jordan Henderson from Liverpool and Kovacivic from Chelsea are solid examples of the traditional #6.

Lastly everyone thinks they are a #10! You, me my mom we all think we are the playmaker brain of the team, and of course we are! Kroos, De Bruyne and Thiago are these types of special players that we love to watch who make the game sing!

Here are the rest of the position numbers in case you were wondering:

#10 - Although we listed this #10 as a center midfielder they can also be a striker if you are playing with two strikers so keep that in mind. 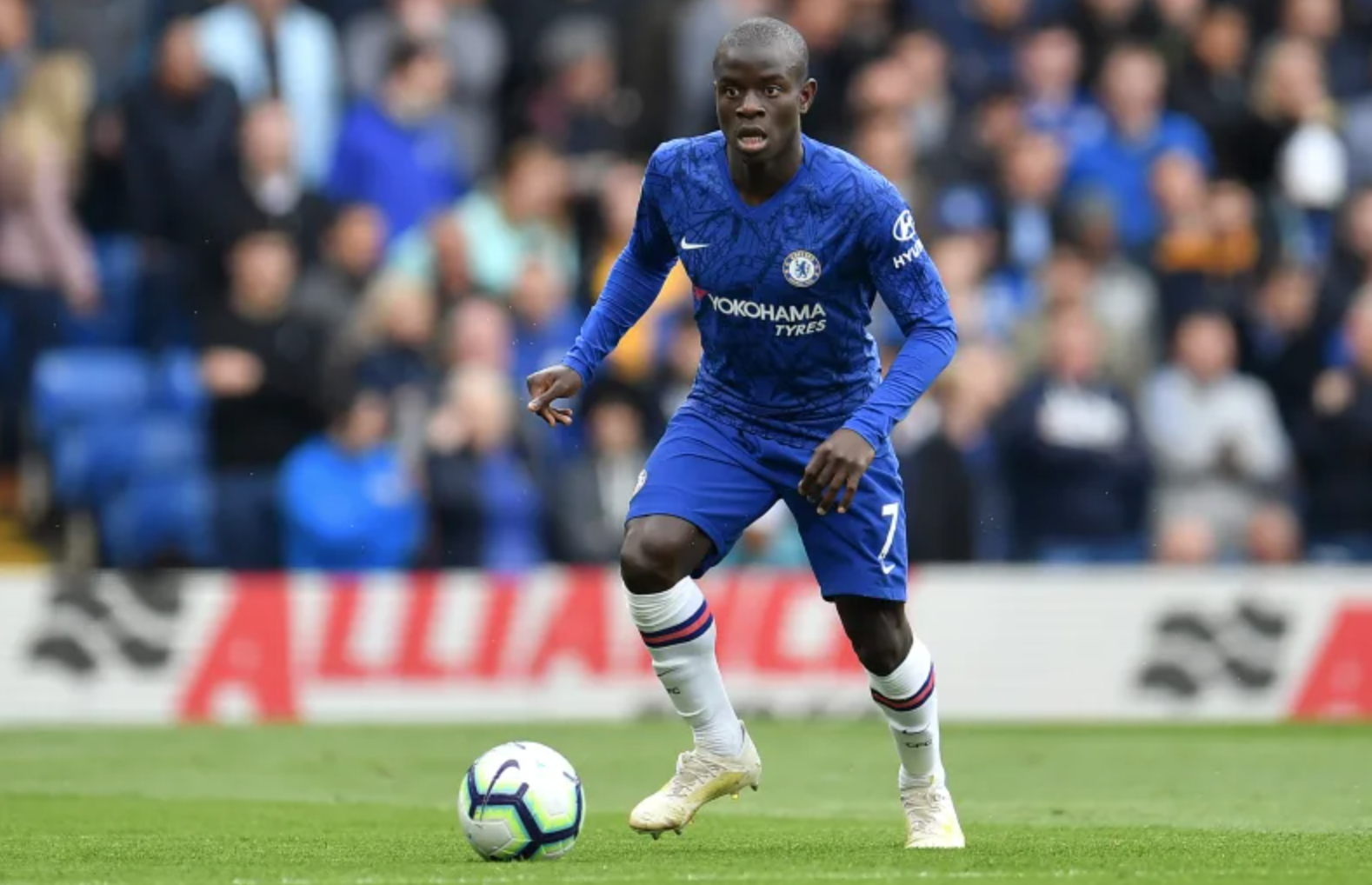 what's more important as a center mid how i defend or how i attack?

Well are you an attacking midfielder (typically referred to as the #10) or are you a a box to box midfielder (#8) or maybe you are the next Kante putting in tackles and disrupting the play of the other team (#6). No matter the type of center mid you are you want to have a decent balance of both defending and attack in your game but specializing in one.

Look at a Kante or a Casemiro for Real Madrid. These players are clearly both defensive midfielders using their tackling, high work rate and aggressive nature to affect the game but they also have a decent level of skill on the ball. This is what makes them such great pro's, they know what they do well and in attack they keep it simple.

why do they say that center mid is the hardest position to play?

There are so many reasons why most think it's the most difficult to play. One is the technical and tactical challenges along with the pressure of being the orchestrator of the team.

Technical challenges include having to be able to play short balls, long balls, drive balls, lofted passes and everything in between. Not to mention hitting a ball on net with different parts of your body.

Tactical challenges may include having to be versatile in playing in a high or low pressure defence with one or two other center midfielders by your side. Not all players can hold down the middle of the park with just one other player.

The pressure of the position includes being under the spotlight with every touch and playing with the expectation that you are the primary decision maker, playmaker and brain of the team that facilitates everyones success.

1. Composure (your ability to keep the ball and stay composed while making sound decisions is crucial)

2. Simplicity (playing one and two touch while not forcing play is key to asserting your influence on a game)

3. Making Those Around You Better (you're in the middle of the pitch for a reason and that reason is to get everyone involved and spread the wealth)

4. High Work Rate (whether you're the defensive center midfielder or the playmaker your job is to hold the middle of the pitch just like in chess and assert dominance with your engine)

5. Creativity (pulling the strings for others is one thing but getting yourself going is just as important, express yourself and feel free to take calculated risks as well)

1. Low work rate (everyone hates that center mid that just walks around the pitch and thinks their god, roll your sleeves up and work)

2. Getting frustrated at teammates (nobody is trying to make mistakes so if a teammate or two makes your pass look bad because of their bad touch don't jump all over them and push them down either further)

3. Trying to do everything yourself (teams have eleven players for a reason, don't try and do it all alone, pick your spots but also be selfless in your approach)

4. Too many touches (we get it your skillful, get the ball of your feet and limit your touches until you're in the final third)

5. Blind turns into trouble (the top mistake of any young center mid is to forget to check their shoulder and blindly turn into defenders, not only is this losing possession foolishly it also provides the opponent the chance to make you pay)

-Ability to strike a ball with different parts of both feet

-Excellent technique in passing of then ball both long and short

-Power in both legs for long distribution and firm passing

Some of these attributes cannot be taught, some are things that many great players have just been blessed with. These attributes are associated with non technical or physical needs of the player.

-Able to play with back to the goal

-Eyes in the back of their head

-Rhythm of the team

-Rarely loses possession of the ball

A great professional level center midfielder is discipline and simple. As a player moves up the ranks from club to university to pro this holds more and more true. A player may be able to get away with it in their pick up games but as you develop as a player your speed of play and speed of thought must increase too if you plan on playing on the biggest of stages as a quality center midfielder.

what is the best body type to be a center mid?

There is no perfect mold for any position, including the center of the park.

Small, quick, tall, lanky the list goes on and on. Great center mids come in all shapes and sizes but they all poses similar qualities. Whether you are a defensive center mid, attacking center mid or playing flat playing simple, one and two touch is a staple for success in the position. Players with enough discipline to play simple for ninety minutes are difficult to find and at the pro level with the speed of play and players increasing this is that much more important.

is it important to be able to play with both feet?

That’s an easy yes. All great center midfielders need to have the ability to play the ball with both feet both short and long.

Well in any typical game players will be pushed and pulled into different parts of the pitch where playing it with their non dominant foot is the possible outlet. Having confidence to distribute, serve, dribble and take a first touch with both feet expands the options of success in your game. At the professional level players become equally good with both feet in all areas of the game because that's what the game demands at the highest level.

IS it best to play with two or three center midfielders?

That answer depends on several things such as the opponent, your teams talent level, coaches strategy, pitch conditions and importance of game.

In general terms a team will play with three in the middle if they want to defensively secure the middle of the park and the opponents attack through the heart of the team. When coaches talk about “holding the middle” protecting the opponent from penetrating the middle is what they are referring to. It all depends on the players a team has and the strengths and weaknesses of the opposition. Show your coach and teammates that you are flexible and can play in any of the three center midfield roles (#6, #8 or #10).

Can two of the same types of Center Mids Effectively Play Together?

Yes and No. As long as there isn't too much of a liability in one area in the middle of the park it can work. Take Xavi and Iniesta for example, they are similar players but it works because they have Busquets holding down the fort for them. Without him they would have trouble on the defensive side of the ball. Good thing they never give the ball up though.

If you join a new team as a center mid really have a look at who your teammates are and ask yourself what can you bring to the middle of the park that doesn't exist right now and how can you compliment who they already have.