trying to be one of the best Soccer Goalies in your league? 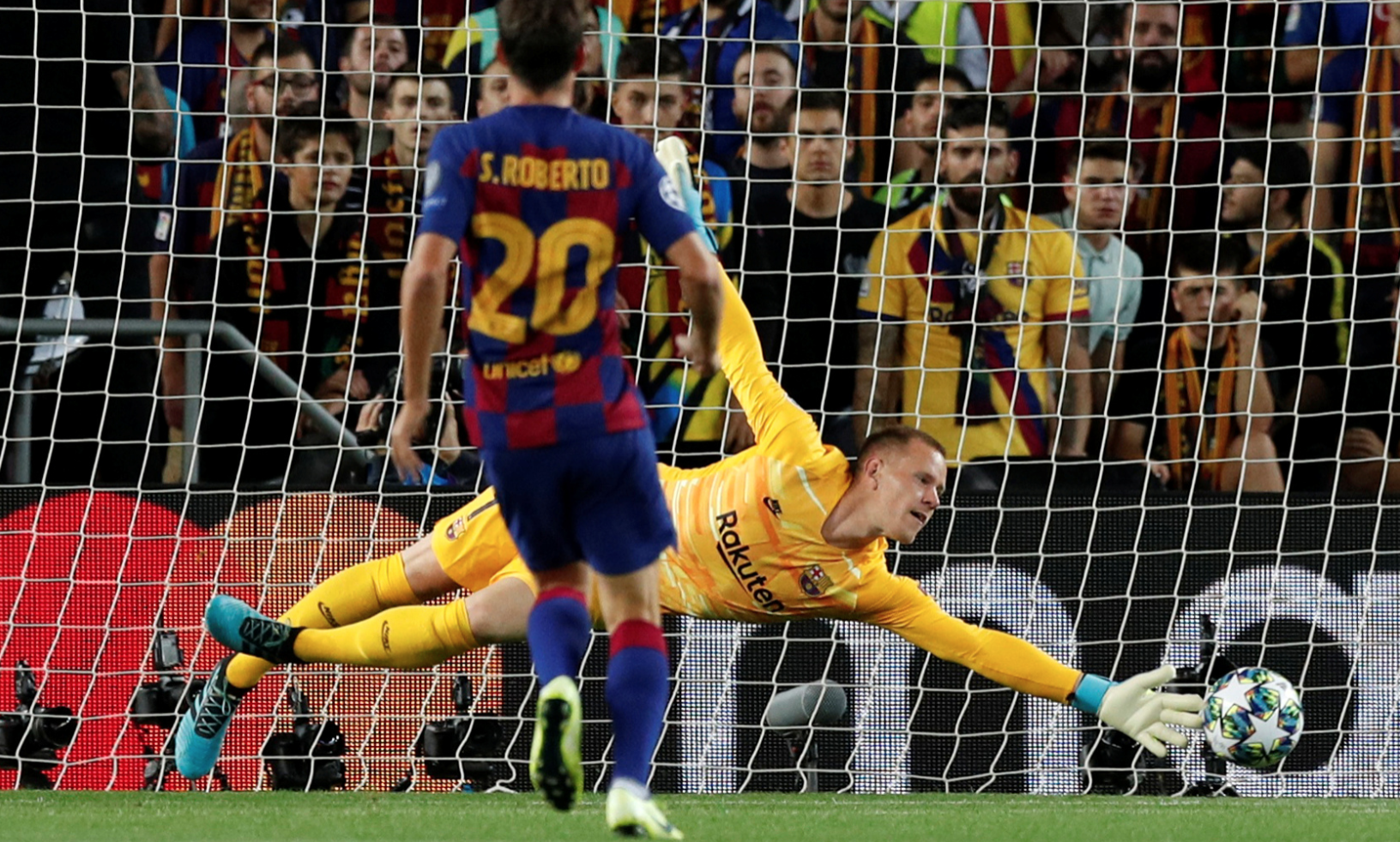 All Soccer Goalies need to understand the game inside and out, not only their own responsibilities but also the responsibilities of all of their teammates in front of them. This need to have the best understanding of the game is for organizing and commanding a teams shape as it changes throughout a match.

Every keeper you and I have ever known has been a little, sorta kinda.. umm crazy. Besides that common attribute all great keepers have there are also several other strong qualities they commonly possess.

When the debate comes up for what is the most difficult or most important player on the pitch, there should be no debate. Every great team that has won anything has had a fantastic keeper between the white skinny defenders (aka the posts).

top 5 attributes of the best soccer goalies in the world?

1. They make all the routine saves look easy

3. Ability to make one game saving save per match

4. Has the trust of his defensive back line

Why Are Some Goalies Great at Penalty Kicks?

One of the wonders of soccer, keepers that just know how to stop pk’s. Some say they look at the eyes, other the feet, other the direction of the sun. Whatever it is some goalkeepers just have a knack for coming up big and stopping penalties.

I’ve played with soccer goalies that just say they know where shooters are going, true or not they stop pk’s at a tremendous rate.

Because of the extreme mental battle that occurs when taking a penalty between shooter and shot stopper a big physically imposing goalie can put the other team off just a bit. That mixed in with the importance of the moment can put players off.

Other goalies just believe they aren’t going to stop the ball and they don’t. I think it comes down to three things, confidence, athleticism and luck.

do i have to be good with my feet if i'm a goalie?

More now than ever! Before keepers used to be just responsible for the defensive side of the game. Now keepers are initiating the offence, playing in tight spaces in and around their own box and even coming up to half and join the teams build up. So a simple yes works for this questions but what exactly do keepers need to be good at technically with their feet to add value to their team and pose a threat for the opposition?

1. Simple passing and receiving - look at most goal kicks that are now played short, the keeper is a huge part of keeping the rhythm and changes the point of attack with necessary. You've got to be confident with controlling passes with both feet and distributing it just as well.

3. Low driven passes to the wingers - If an opposing team is committing more numbers forward while you're in possession or taking a goal kick there may be an opportunity to by-pass your defensive line and hit a midfielder directly. This is best done on the ground and can prove to incredibly effective in driving towards the opponents goal.

Have a look at Ederson from Man City for example, he acts as another skilled outfield player with the ball and also springs strikers and wingers on to breakaways with one long hit of the ball. He is as important to their teams build up and possession of the ball as anyone and can be just as dangerous as a center midfielder at times. While you're training to become a better goalkeeper remember that including training that involves your footwork is just as valuable as routine dives. 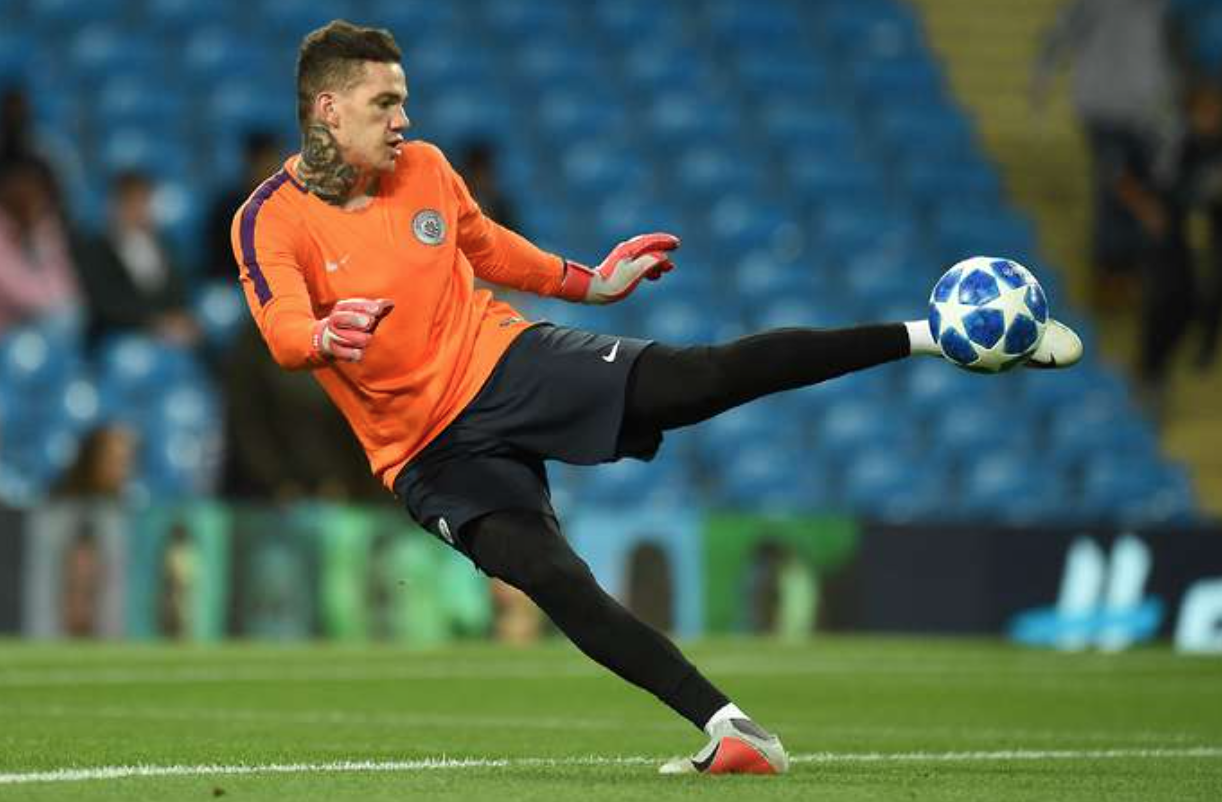 -Ability to serve the ball with top of foot to a desired target.

-Ability to receive and distribute passes with the inside of both feet.

-Distribution with both arms (overhand, underhand and side arm)

-Understanding the fundamentals and body positioning of how to dive and secure a ball on the ground and in the air. (diving down and getting back to feet)

-Proper hand positioning for catching ball off of a shot.

Although there is no perfect cookie cutter mold for a great goalie (because they do come in all shapes and sizes). The ideal physical attributes for a goalie to carry out certain tasks on the field are as follows:

-Quick Lateral movements (diving east west, getting back to their feet, exploding back to feet from all positions)

-Quick Vertical movements (leaping forward and backward, diving to the corners of the goal)

-Strong hand-eye co-ordination in receiving and securing the ball.

-Strong Upper Body (i.e. arms for throwing the ball and fighting off attackers in air and on the ground)

If you want a closer scientific look at goalkeeper movements and the mechanisms of which propel soccer goalies in every which direction I encourage you to check out this study which details the Characteristics of Movement and Force Exerted by Soccer Goalkeepers During Diving Motion.

-Maintain high levels of focus (there may be times where you are heavily involved in the game and times where large portions of the game pass without your involvement. You need to be focused for when that moment does come and not switch off)

-Positive self talk (whether it was after a mistake, before the game or just before a crucial action you have to be constantly reminding yourself of your ability and how great you are)

These attributes are things that can't always be taught and are vital for any aspiring professional soccer goalies. These are known as the intangibles of being a world class athlete that go beyond the stat sheet but are so incredibly vital from becoming a good amateur player to a true pro playing at the highest of level.

-Hard worker (first to training and last to leave)

-Listens to those around them (coachable and receptive to learning)

-Capable of the "Big Save"

-Confidence of Teammates when between the pipes

-Knows everybody's role on the field

Why Does Everybody Say Keeper is the Toughest Position?

Because it is. Why? Here are five reasons:

1) No room for error. You make a mistake in any other position it doesn’t have an impact like an error in the back

2) Sports are all mental and the GK position is all about mental strength. It takes mentally strong people to play between the net.

3) Courage needed. If you have even an ounce of fear keeper is not for you, it’s tough because you have to talented and brave.

4) Brains. You need to be the smartest on the pitch knowing everybody’s role on the field. It’s like you’re a full time player and part time coach.

5) Always have to be on. One or two bad starts in a row and you’re out. The goalie position is to valuable to give time to a player to get through a funk. You’ve got constant pressure to perform at your highest level.

Nerves of Steal, Most Mentally Tough Player on the Pitch. Why?

Great keepers across the map have ice running through their veins. This means that no mater the pressure or the stakes of the moment they aren’t phased.

The reason soccer goalies need to be the most mentally tough players on the field are:

-They’re under the most pressure; one mistake is a goal in their position.

-The team relies on them to get them out of funks in the game when they aren’t playing well.

-If a mistake is made or a goal scored the man between the pipes needs to have the composure inside of themselves to regroup and put it behind them. If they don’t, they're done for, and so is their team.

The saying “defence wins championships” is directly related to the man with the two white skinny metal girls on each arm.

Any great championship team in soccer has had a stand out goalie between the bars. If starting a team from scratch and I could choose one star player above anything else I would choose a net minder who keeps me in and wins me games.

Soccer goalies are often a little out there and wild but as long as they are winning you games and standing on their head consistently we can let a little crazy slide.

Team with Two Great Keepers, Blessing or A Curse?

You may be a great keeper, but when there's two of you we both know only one can play. So there are a few schools of thought here.

1) Well if one's not playing great we can always switch. Plus it makes for competitive training making them both better.

2) One will lose motivation and just be sour all year long creating rifts throughout the team.

So who plays? Do you split or just go with your gut?

Well ideally every team wants two keepers that are extremely talented, pushing each other in practice and don't care who plays and who gets the glory. Unfortunately you me and anybody that knows anything about soccer knows that is an extremely rare quality among soccer goalies and competitors for that matter.

This is where the combination of a young and more experienced goalie can work well as a duo. Experienced one teaches the young and talented young one and they younger keeper isn't discouraged knowing his time will come.

The dynamics of goaltenders on a team can be tricky, and varies mainly based on personality more than anything else. Finding the right combination is a difficult thing, and if you're one of those soccer goalies in that position right now you need to ask yourself what's the main objective here and am I getting a fair look?

Soccer goalies world wide play the hardest position on the pitch with all the glory and blame at stake. Finding two that are willing to share that is extremely rare. Most teams I've played on have had a dominant number one, but the few times it's been even I wouldn't have wanted be the coach making the decisions.

It's all about opportunity, soccer goalies need to realize it's all about taking your small window of opportunity whether it be in training or in a match. That small window closes quickly so when you have your chance, you need to perform or unfortunately the coach has no other choice but to put you back where you started, especially at the professional level.