is having a Defensive Center Midfielder really that important? 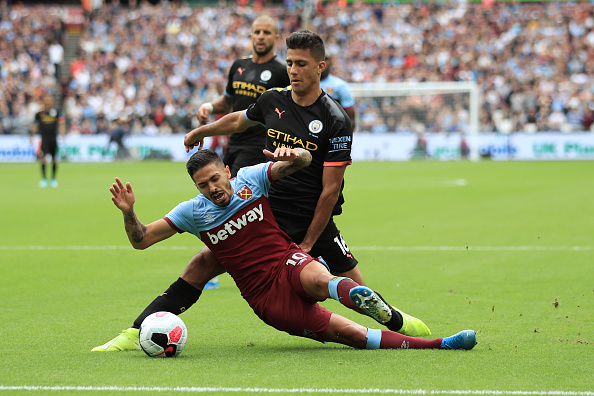 Sometimes this position is also known as the stopper. Either way this player sits in front of the defensive line and behind the midfield line acting as a security blanket for the middle of the park. Every top team in the world has a quality defensive central midfielder who can dictate the game in the build up and of course on the defensive side of things. Acting as a pivot to switch the play offensively and that extra layer of defence for your back line is an incredibly valuable position no team should be without. If you think you can be that player for your team then have a look below at all the qualities you need to become that central piece of the puzzle. The most important piece will be your ability to track players, win balls in the air, defend players 1v1 and distribute the ball for your team acting as a pivot. If this sounds like something that might be up your ally then becoming a CDM may be for you, if you're obsessed with moves, megs and rainbows then you will need to play in an attacking role or join the circus, either way.

TOP 5 THINGS TO REMEMBER AS A defensive CENTER MIDFIELDER

1. Stay Central - On both sides of the ball whether it's keeping possession, changing the point of attack, winning an aerial duel or putting in a challenge on the ground you will want to be in a central position to best execute these. The role of the CDM is to protect the most dangerous part of the field which is the central area leading up to your own goal, remain central so you can accomplish this.

2. Protect the Center Backs - A big reason of why you playing that position is so tactically you give extra protection on the front end to the center backs. Think of yourself as a front line solider in a war who is going to take one for the team and sacrifice your body so the line behind you can be more successful. Challenge for balls, jump with opponents and allow your center backs to give you coverage and mop up the mess from a more secure position.

3. Play Simple - The number 10 is the playmaker for a reason, and you are the 6 for a reason. Both those reasons are because you're great at what you do in your own position so try not to step on your teammates toes and do their job. Keep the ball moving, play simple and safe and let your teammates do their job on the attacking end of the pitch.

4. Be Vocal - You have one of the best views on the pitch so make sure not only are you encouraging your teammates but also communicating to them about where they should be, tracking runners, delegating players and so forth. A big part of your role here is not only to be the teams engine in terms of work rate but the teams vocal leader as well.

5. Deny the Post - Between you and the center backs their will almost always be a striker from the other team, your job when the opponent has the ball is to block the direct lane from the ball into this forwards feet (aka the post). Just by being in the right position you have now denied the offence one of their attacking options and forcing them into playing a less threatening ball. It's not always about making great tackles and interceptions, sometimes just being in the right place can stop the danger from ever developing.

TOP 5 THINGS TO avoid AS A defensive CENTER MIDFIELDER 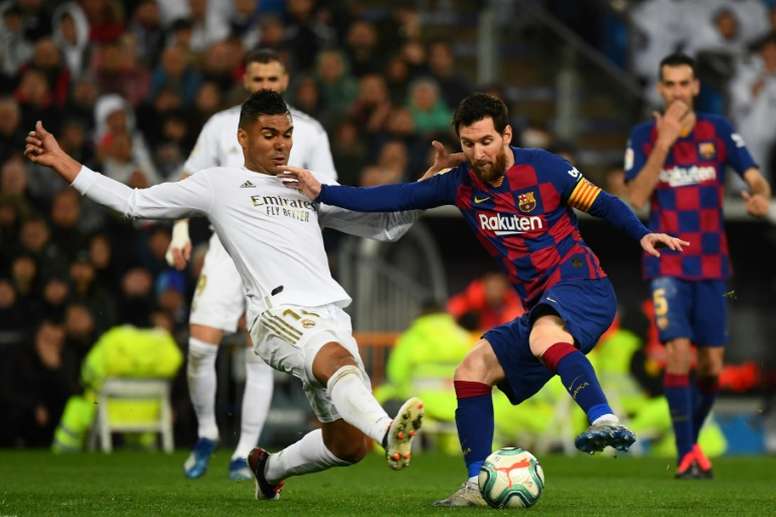 1. Getting Pulled Out - If the ball is coming to you as often as you like offensively or if you think you're not winning enough balls in the middle of the park then resist the urge to start roaming around the field searching for more action. Remaining central is critical to your teams defensive shape and although you may not be winning every ball at times that may actually be a sign of your great positioning because there's no way through you and the backline. Stay disciplined, do your job and remain right in front of the back line until trouble comes to you.

2. Trying Too Much With the Ball - Sorry but you're not going to be on any highlight tapes this year, your work is critical but will go unnoticed at times. With that said your job is not to dribble, meg and dipsy doodle with the ball where it can be turned against you with an attack at your own goal. Keep it simple and make the safe certain passes to keep your team in possession, let the attackers do the fancy stuff.

4. Dangerous Clearances - When you have a chance clear the ball off of an incoming ball be sure to hit it up the field completely out of danger. Trying to play short passes from an incoming ball or take it down can cause trouble off of turnovers turning into goal scoring opportunities for the opponents. Go unnoticed and do what a CDM does best and clear the ball.

5. Getting Too Far Forward - Be careful of making forward runs where you are compromising your most important job and that is to protect the center backs and provide a strong defensive cover for your team. As the team builds forward and advances the ball of course you will gradually go with them but making a run beyond the striker or overlapping a winger to join the attack is something that should only be done if it's late and you need a goal. Remember your role and stay disciplined enough to execute it for 90 minutes.

Does a Defensive Center Midfielder Get to Go Forward?

Any true defensive center mid should use the 80/20 rule in this case. Eighty percent of the time they are protecting the center backs and holding the middle of the park. Situations some times arise when they happen to venture forward and that is okay as long as their primary job is taken care of.

This takes discipline and a player that knows their responsibility and does not try and do too much. This position is difficult as it is, their is no need to try and do several things at an average rate, a team is much more efficient if each player can do their one task great. Jack of all trades, master of none.

3. Ability to play simple when the ball is at their feet

5. Disrupts the flow of the opposition

1. Protect the Center Backs by denying entry passes to the opposing strikers and covering when a center back gets pulled out of position

2. Do the dirty work in the middle of the park allowing your creative centre mids to generate the offence

3. Stay central disrupting and destroying plays as they come through the middle of the park.

Does it Take A Big Hulk Like Player to Play as a defensive center midfielder? 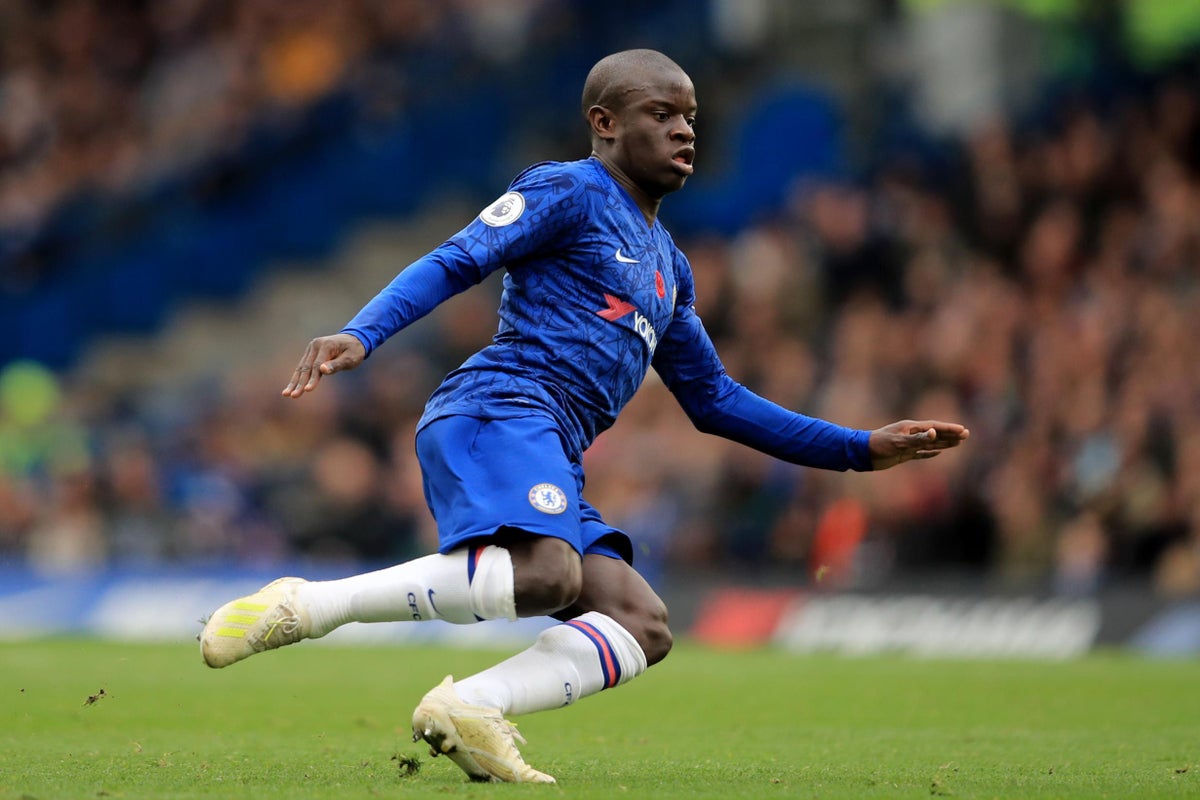 Not necessarily no. Great defensive center mids need to be stuck in, relentless and have a tremendous work rate. Nowhere in that sentence did I mention about being big and tall. If the player has all these qualities and his gifted physically of course it doesn't hurt to be physically imposing, some of the best CDM's in the world right now are medium sized physically but have all the other important attributes like Kante, Casemiro and Rodri.

It takes pace to keep up with the strikers and attacking players of the opposition so the player in this position must be able to match step for step with some of the quickest players on the pitch. Some coaches will stick an incredibly gifted technical player who is great in possession in this position to keep the ball and use offence as the best defence. The more your team can keep the ball with great decision makers in this position the less they have to run, tackle and win balls in the air, used often when in the lead as well.

Is Stopper and A Defensive Center Midfielder the Same Thing?

Sure is. This position was introduced into the game famously named “stopper” for that reason alone. The player of that position was the stopper of any build up or play coming through the middle. Much like the defensive center mid this player sits in between the midfield and defensive lines and fills in where there is need. The position has also evolved over time though, in today's modern game the position now has players who are more technically sound on the ball who are able to play out of the back and keep the ball not just break up tackles and send ball to the Moon. If you look at all the top players that play in this position it is not enough to be just an enforcer and not being able to play, sorry Gattuso.

-Sound tackling with both feet

-Accurate ball control with all parts of body

We have seen even at the highest level this position can be played by all sorts of players of different physical builds, so there is no one perfect ideal build for this position but some attributes that are position specific are as follows:

-Strength in the air (holding off attackers in the air)

-Strength in lower body (for clearing balls with both legs)

For more tips and videos on how to play the position feel free to check out this page: How to Play Defensive Center Midfield.

-Takes pride in holding down the fort in the back

This is a special kind of player that without we have seen great teams in the past not able to play without. A team full of super stars can crumble without having a rugged defensive center midfielder holding down the fort. You need the right balance of piano players and piano carriers and this position definitely takes a piano carrier.