looking to Become a Pro Outside Midfielder? 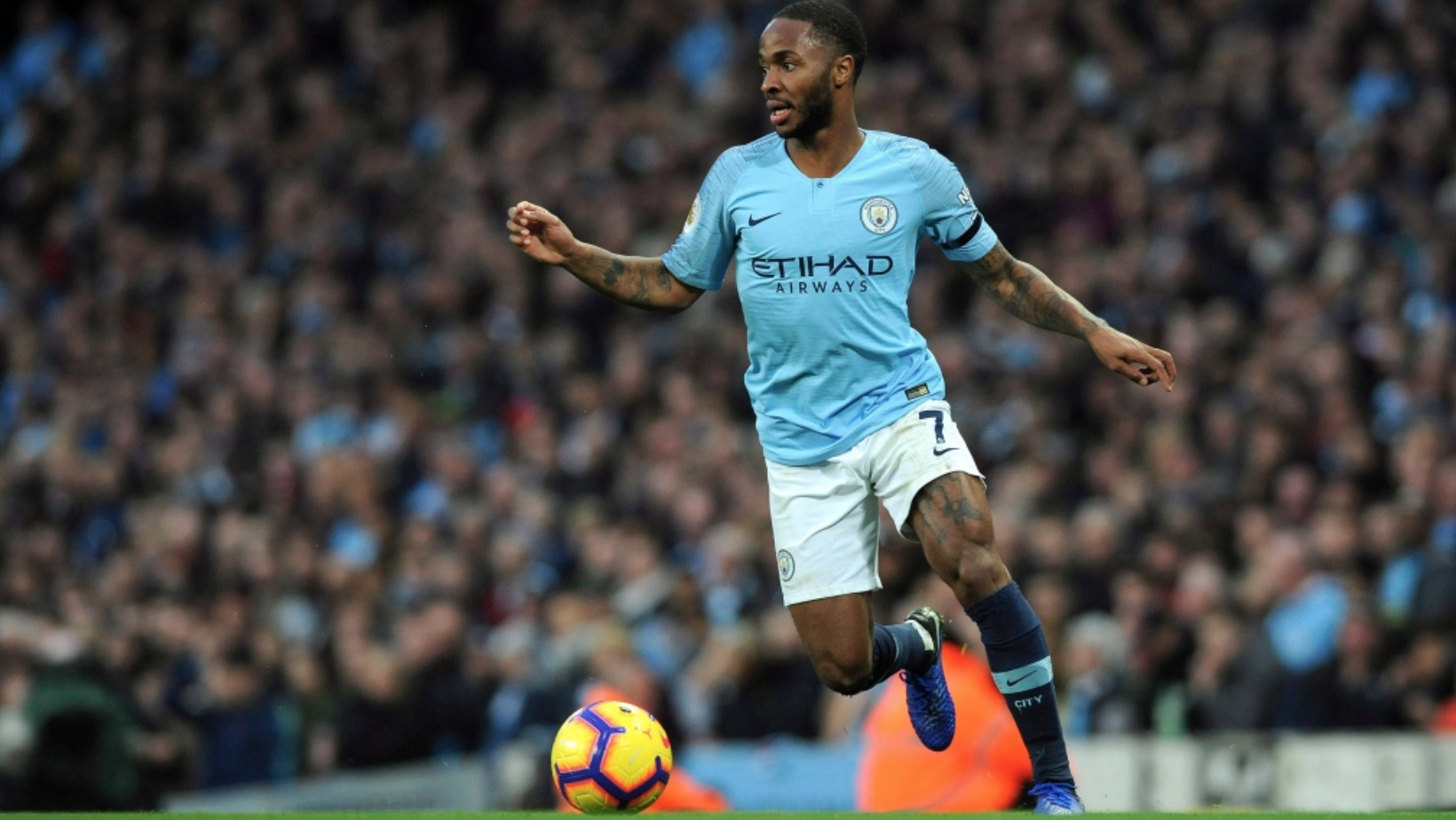 Got some skills do ya? Moves too? well, well, well look at you. Being an effective outside mid is about much more than the fancy tricks and moves, it is the most selfless position on the field, constant work with little credit. It's like spending all day building up the courage to talk to the girl of your dreams. So you go and make the perfect gift and card to go along with it. Then you take a nap for an hour and poof your best pal swoops in and gives it to her, all you get is to see is them hug and rejoice. Welcome to the wonderful world of an outside mid. Still interested in playing on the wing? If not don't worry you're not the first to not be able to handle it, if you are, keep reading.

PRO TRAINING DRILLS FOR AN OUTSIDE midfielder (winger)

WHAT ARE the most important ATTRIBUTES OF GREAT PRO outside midfielder?

4. Willing to do the work nobody sees (recovery runs to defend, decoy runs in attack etc.)

5. Ability to dot the “i” in the final third and finish half chances

Watch how the best in the business impact the game on the wing and make things happen for themselves and teammates on the road to assists, goals and most importantly W's. You'll find the common qualities of all these wingers is speed, lethal taking players 1v1 and a relentless direct mindset to try and try again.

Should Right Footed Players Play on the Left So They Can Cut In and Shoot?

It's a comfort thing to be honest. Some players feel much more comfortable playing on the opposite side of their dominant foot so they can hit the ball on goal on the run. If you get to a high enough level in your development you should be able to strike and serve the ball with both of your feet effectively.

Whichever side you do end up playing on remember to work like a dog on the weakness of your game whether it be the service with the non dominant foot or the striking of the ball.

How Much Defence Does A Winger Play?

Well a below average winger will play very little. A great winger will play plenty. Easy enough? What many players that play in wide areas don't understand even at the pro level that so much of their offensive success depends on their defensive work. Tracking back, intercepting a ball and being in great defensive position gives you opportunities to continually catch the defending team on their back foot. Not only are you more engaged in the game playing both ways but you also are helping your outside back be more successful and your overall defence. An average outside mid plays one way but a great outside midfielder is one that plays both sides of the ball, which one are you?

is there more than one type of cross i should be working on?

Yes! Becoming a great server of the ball is more than just putting in the reps and getting the technique right, it's about knowing which type of cross and when. Sometimes you won't be able to just serve it the way you want into the box with a defender in your grill or the ball that was given to you may make you adjust. This is why knowing all the different types of service as winger is essential, so what are they? Well there are 4 main types of service, the early ball, the whipped in ball, the driven ball (high or low) and the chipped or lofted cross.

Early- An early ball is the most deadly cross you can put in, the opportunity to play it in doesn't appear as frequently as some of the others but always keep your eye out for it. An early cross is a ball you play when there is lots of space between the opponents defensive line and their own net, once you spot this look to curve it in behind them weighted perfectly for your teams striker to run onto. It as the defence recover facing their own goal.

Whipped- A whipped in ball is probably the most frequent ball you see played in from wide areas and the one we associate the most with when we say cross. It's your standard stationary or moving ball played into the box typically in the air with a bit of a bend to it. Typically this whipped in ball is when you've beaten your defender (or there is defender on you) and the rest of the opponents backline is set in the box, facing you waiting for your cross to come in. Be sure to hit it with some pace up and over that first defender at the near post.

Driven- Best done on the ground but can be executed waist height or even higher this ball is as you approach the end line turn your hips and drive the ball with your laces towards the goal. You shouldn't even be thinking that you are crossing the ball when this opportunity presents itself, think of it more of like a hard shot on net, the harder you hit it the more trouble the other team will have dealing with it.

Chipped (lofted)- As you see hands frantically waving back post as your approaching the end line or turned the corner towards your opponents goal you may see your teammate wide open back post. This is the time to do a big wind up like you're going to hit it hard and chip it deep back post for an oncoming teammate to finish it. This ball will have some air on it and floated back post giving the opponents fits as they try and recover to protect that part of the goal.

Master all of these types of crosses, combined with some 1v1 ability and unmatched fitness then you can start thinking about what pro team you want to sign for as their starting outside midfielder.

how many moves should an outside midfielder know to be effective on the wing?

A smart coach once told me stop messing around and trying to learn 50 moves you can just kind of do. Instead focus on two moves, one to your right and one to your left. Whether it's the scissors, roll, drag or anything else dedicate yourself to learning and mastering two moves total (one to the left and one to the right) that you can use in a game.

Popular moves wingers typically use to set up their shot or cross are the step over, fake shot and the stop and go. Try these first, see how comfortable they feel going either way then work like a dog to master them. Moves like these are timeless and have worked for those that have perfected them on the flank no matter the generation of football.

when and where should i make runs in behind the defence?

The most important thing to remember about making runs in a game is executing a decoy run (to throw off the defender) before you make your actual run at full speed. This will not only create space for you into the area you want to eventually run into but it will also unbalance your defender making their recovery run to catch back up to you that much more difficult. These fakes must be done at full speed or no defender worth anything will fall for them.

Last thing about of the ball runs, there are two key areas you want to make runs as a winger, when the ball is in two key locations, strong and weak side. Strong side (the side where the ball is) you want to check to the ball as it gets passed to your fullback for example then peel off and run into the space up your sideline you just vacated.

For the weak side (the opposite side of where the ball is) as your center midfielder or center back gets the ball you want to make a blind side run (behind the back of the opponents defenders) to the center of the field towards their goal. These two areas are key to exploit as they happen frequently throughout the course of a match for every winger.

Not Getting the Ball Enough Out On the Flank?

The position can get quite frustrating at times when it seems the play is all on the opposite side. No matter what side you play it seems the ball is always a mile away from you.

This is where the patience and selflessness comes in. Trust in your teammates to get you the ball and trust that all the runs you are making will get rewarded eventually. On the other hand, there are days where it seems like the ball is constantly on your side so it goes both ways. As an outside midfielder you need to find other ways of getting involved in the case the ball is not finding in a particular game. 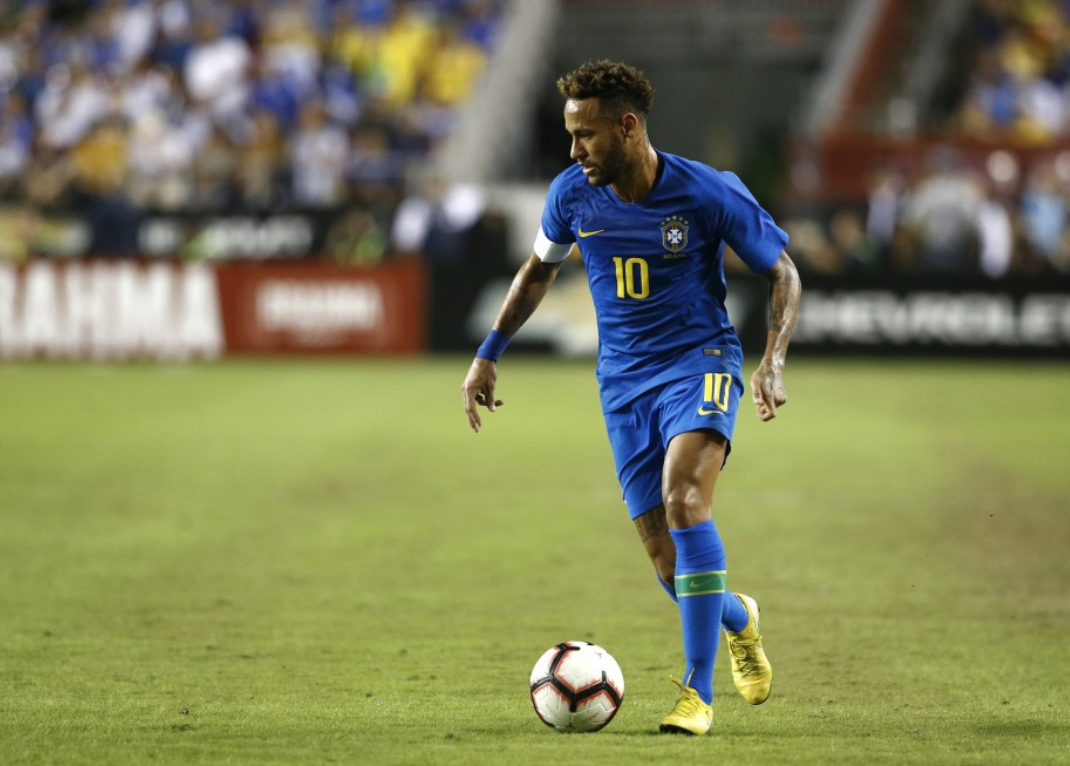 -Know when and where to dribble vs serve

Technical Attributes of A Great Outside Midfielder:

-Technically Sound Footwork (receiving, opening up and sprinting with the ball)

-Excellent Varied Service (able to pick out a player in the box with varied service such as crosses, early balls, through balls etc)

Physical Attributes of A Great Outside Midfielder:

In this position although an asset, it is not mandatory to have out of this world speed, the key though is taking players on AT SPEED. What you lack in some areas on the wing such as pace or quickness need to be made up in other aspects such as your ability to play quickly or high level of technical ability. Oh and one more thing, nothing replaces hard work, especially in this position.

-Good Lungs (able to play in the most fitness demanding position on the pitch, having great anaerobic fitness)

mental/psychological attributes of a great outside midfielder

-Persistence (making runs that may not benefit you is just part the job, stay focused and persistent because that one time you think you're not getting it might just come your way)

-Eliminating Distractions (playing on the wing comes with having your coach on your tail for one half and the fans the other, they will both be constantly on you so focus on your game and ignore the chatter)

Essential Foundational Attributes of A Great Outside Midfielder:

-Selfless (you won't always get the credit for the tireless work you do, the unsung hero)

-Ability for a variation of service (crosses, through balls, early crosses etc)

An Outside Midfielder is a position that is generally played by the hardest worker on your team because of its tremendous physical demands. Now that you know what it takes, do you have what it takes?

Return from Outside Midfielder to Soccer Positions Page Return to Soccer-Training-Methods.com