How to get those soccer coaching jobs you've always dreamed of 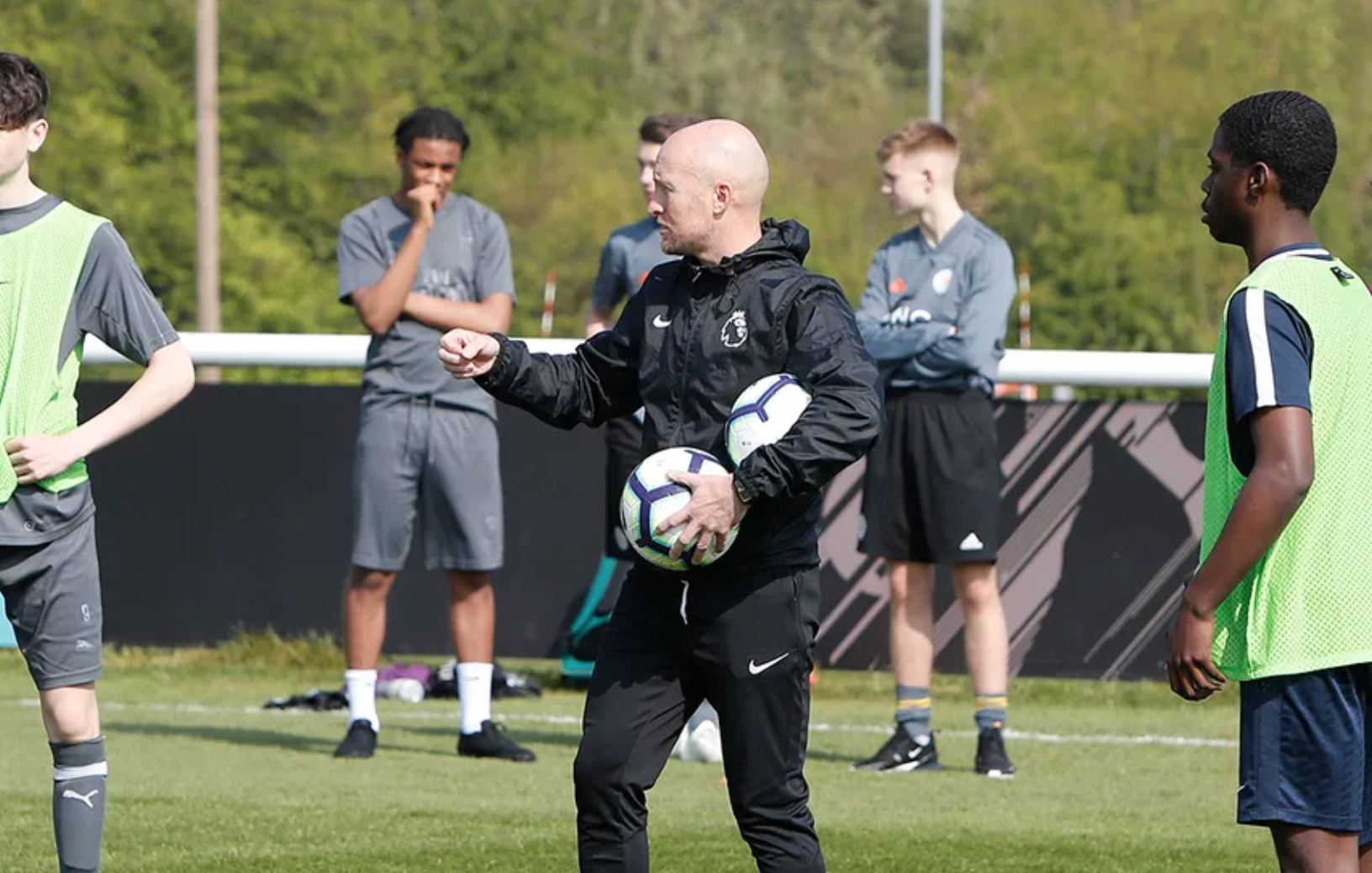 Soccer coaching jobs are the definition of the saying "find a job that you love, never work a day in your life". Not to say it isn't difficult and that it doesn't require countless hours of hard work but if it is something you love the joy of a coaching job is hard to match. Okay so you think you're good enough, qualified and motivated but all you need is your chance and your foot in the door to one of the many soccer coaching jobs out there, well then read below and make sure you check all the boxes first.

All the do's and don't about getting quality soccer coaching jobs at every level along with advice and tips on what you need to have ready before applying and what to expect during the hiring process. If you're looking for where to find soccer coaching jobs and their postings then this page will give you everything you're looking for. While you're thinking about applying for a certain job be sure to start getting your references lined up as that could be the make or break between you staying where you are and you getting that job you've always dreamed of.

Time to go touch up that old resume and iron your one polo Guardiola!

1. Experience With A Record of Success - Experience is one thing 3-5 years typically at the level your applying to and experience isn't enough because so many people have it, you need to show a record of success during that time. Whether it was your overall record, a championship you won, being ranked in the top 10 or 25 or taking a team that had never had a winning season to the playoffs are all ways you need to frame your time at your previous coaching to stand out.

2. Necessary Licenses - Whatever the level of coaching position you're going to need at least the minimum required license for the position. Of course having one that is higher than what is required will make you look even better but at least have the one they are asking for. Just like having a drivers license doesn't make you a good driver a coaching license doesn't make you a great coach but it is necessary to have to apply.

3. One Wow Factor - It's not enough these days to have good experience and all the licenses because everyone is starting to get to that level. You need something different that says this person is unique and different because of "x". This can be a vast variety of things such as having your Masters degree (an MBA for example) or the ability to speak 3 or more languages, how about if it's a college job showing that you've fundraised money in the past which can help with your new role. Whatever it might be you need to jump off the page more than your typical candidate that coached club and has the necessary license, think above and beyond.

4. An In - The applicant with an inside connection to the team they're applying for has a massive advantage for so many reasons. Even if you don't have a direct link to someone who is overseeing the interview process try and find someone within the club or school at which you're applying that can call that person and give you a recommendation. Think hard about this one, even if it's someone the two of your worked with, attended a conference with etc you need to find that link that gives you credibility and trust amongst the decision makers.

5. Quality Applicable References - It isn't enough just to put two references of whom you worked with, you need to find at least two people who are in big time positions as directors, vice presidents, presidents or well known names in your field to really know this one out of the park. Everyone puts down a friend or a colleague who of course is going to speak well about them, you need to find the big timer you know that when they put in a good word for you it makes people listen.

what licenses do you need for soccer coaching jobs at the club, college and pro levels?

Although the knowledge you obtain from these courses is valuable and makes you think in different ways the most important part of these courses is building relationships with your peers and instructors. You never know who is going to be in a role one day that they can help you out or if you're looking for someone that can join your staff and having a great connection with a former colleague is priceless. Really go out of your way to socialize, have beers and get to know everyone in the course on at least some level, I promise you it will be the most valuable thing you get from the courses years and years down the road.

Club - Typically at the club level you will need a few different licenses that deal with working with kids that touches on safety, developmental and on field education. Typical names of these licenses are Learn to Train, Fundamentals in Soccer, Grassroots Guide etc. For more senior roles at clubs your countries soccer governing body may require you to have your C, B or A from that respective or other credible countries.

College - Majority of college head coach positions require you to at least have a B license in that countries system. USA has the USSF Coaching Licenses and having a B license typically is the minimum to apply, as for assistants they standard typically is C.

Professional - At the professional level you must have the PRO license offered by your country and the UEFA Pro is one of the most sought after and credible licenses you can have anywhere int he world. 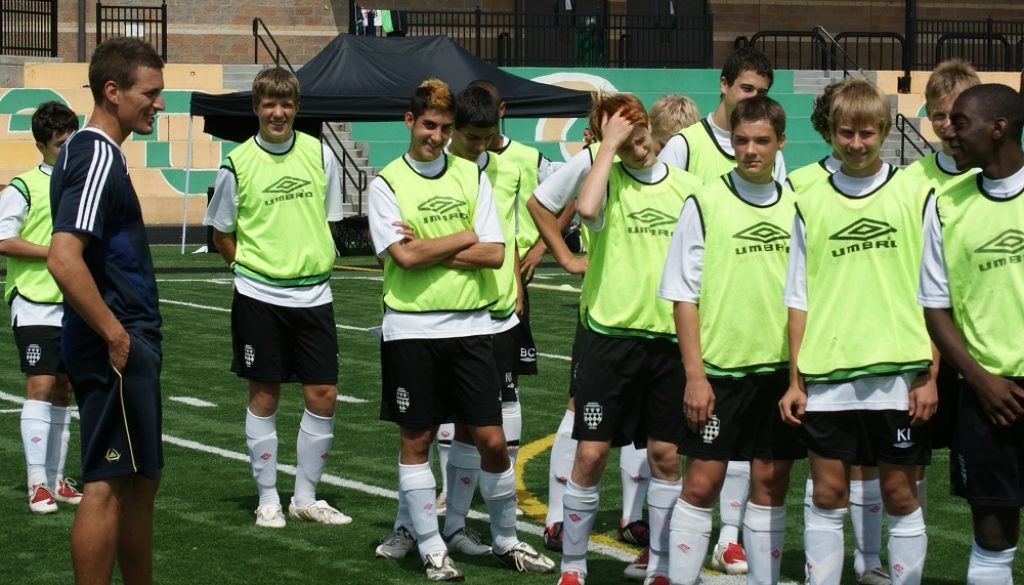 1. Volunteer - Put your pride away and ask to pick up cones and fill up water bottles or better yet actually propose give value to the coach and team for free. Think about something you're strong at that you truly believe the coach would love to have and can't say no to, it's probably not going to be coaching at first so think harder. Maybe it's cutting video, providing strength and conditioning, recovery routines or even nutrition guides or anything else you can think of that the team doesn't currently have that you can add for free. It's all about getting in, think man!

2. Grad Assistant - Many colleges and universities offer assistant position roles to those looking to study their masters at their schools. This could be a great way to hit two birds with one stone, increase your education while gaining valuable coaching experience at the same time. The holy grail would be doing your masters in something that will help you add value to the team and become a better coach, sports science, sports psychology and many others.

3. Ask To Work At Their Camps As A Guest Coach/Counsellor - Every club or college runs summer camps, what better way to rub shoulders with people you want to work with then showing them what you got during one of their camps. Whether it is paid or volunteer who cares, your job is to get in there make some friends and show off a little while coaching so the whole staff can see you know what you're talking about. A job may not come out of it but the next time something opens up or if you reach out to the head coach or director in the future you have an easy in where they can immediately put a face to the name and know you've got quality about you.

4. Apply For Another Job In the Club/College - If the only position available in the club or school is something you think you can handle then go ahead and apply for it anyways. Maybe they are only looking for a video assistant well that's better than not being involved with the team at all so put your name in the hat. You're looking for your foot in the door and applying for another job in a similar role will do the trick in terms of getting in there and showing them your value, sometimes small doors can open up into large rooms.

5. Reach Out Directly - You never know who is looking for some help on their staff so sending an email, calling or leaving a voicemail may lead you to a position with the club or school. Make sure you add some unique value to the team in case asked on the spot such as training in the mental aspect of the game, video analysis, nutrition, sleep science and many more. Be persistent and a little annoying at the same time and see if the coach reaches out back to you, all you're looking for here is to ask them to have a cup of coffee with you, this then becomes your informal interview, don't blow it!

2. Typos and Unprofessionalism In Emails/Texts - A real put off is someone who texts or sends emails to soccer coaching jobs that has typos and other grammatical errors in it. You don't have to be Ernest Hemingway but always triple check your texts, emails and resume to ensure you don't start rubbing the people potentially hiring you the wrong way.

3. Applying Without Necessary Credentials - The old "what the heck" motto isn't going to fool anyone here and will hurt your chances down the road. Don't throw your application in the mix if you don't have the right experience, licences and/or other credentials they're looking for, not only will you not get an interview you will stain your name for any future interviews that may come up. The last thing you want to happen is your dream job to come up when you are qualified and someone sees your name and goes "I remember this guy, he tried to weasel his way in last time".

4. Listing Too Many Coaching Jobs - Listing too many coaching jobs in a short span starts to raise red flags to the ones considering bringing you on board. If a coach constantly is changing positions every couple of years what do you think is going to happen when he gets on board with you? Likely the same thing. It also raises the questions of why does he keep switching club so frequently? Maybe he was forced out, perhaps it was bad performance or behaviour etc. No matter what it is it usually isn't a positive sign so if you do have several coaching jobs in a short period you may want to be selective with the ones you include.

5. Asking The Wrong People - If you're not sure if you should ask someone to put a good word in for you then you probably shouldn't. If you know someone who has a connection but you're not on the best terms with them or don't know them all that well then be careful about asking them for assistance as they could burry you before you even get a chance. You obviously want to use the right contacts to put in a good word for you but if you have none don't go fishing for some.