how good is the portugal soccer team? how can i get scouted to play there some day? 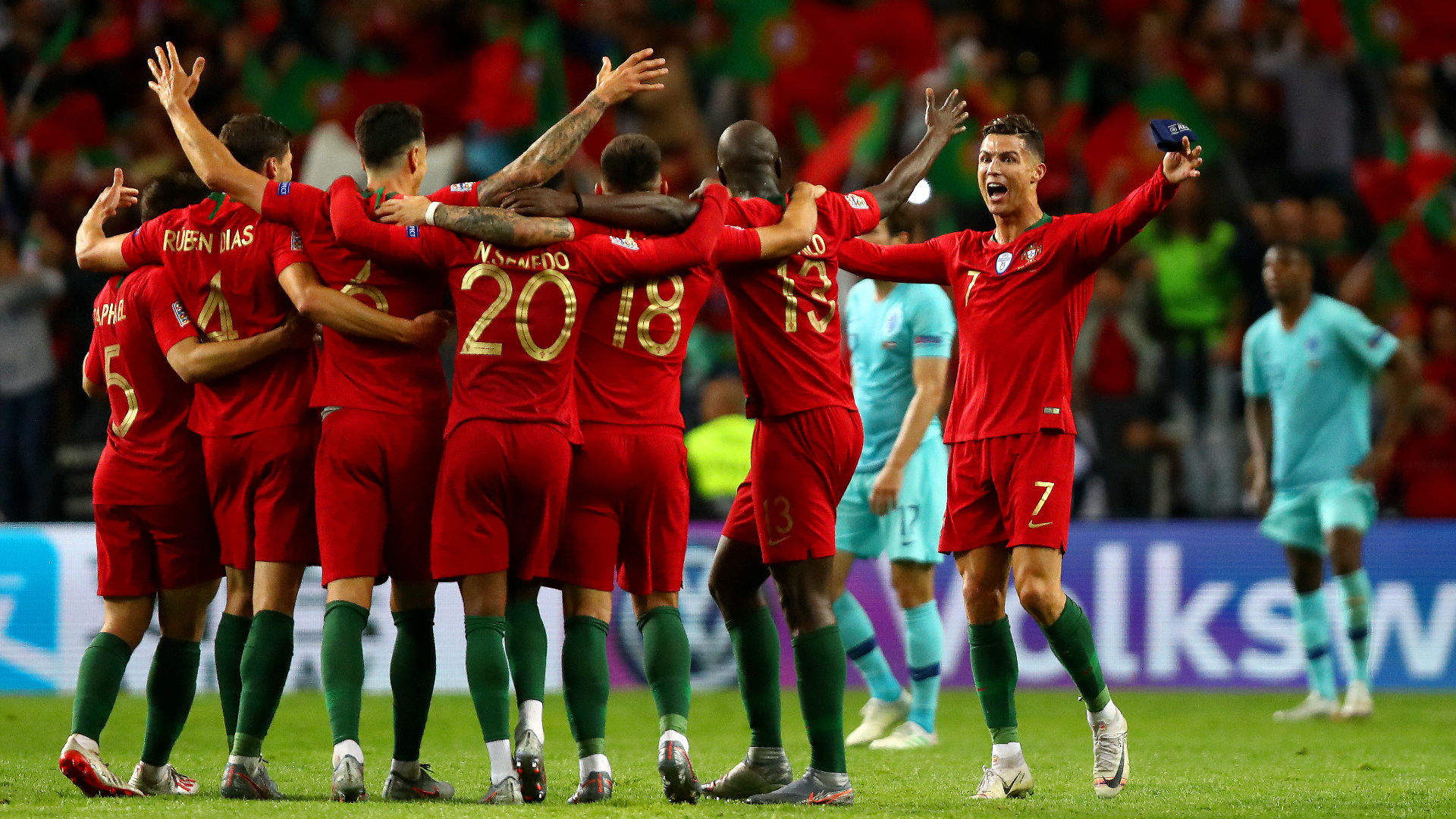 Playing for the Portugal soccer team one day may be your dream but how in the world can you get there? Training in your backyard and waiting for a scout to show up is one way but what if I told you there was another way that would give you a real shot at making it? New players every year are signing professional contracts and you may be good enough but if you're not taking the right steps to get there you could be lost in the shuffle of all the other players. Find all the tips and advice below to help you turn pro and play for the Portugal national soccer team one day.

If you've also ever wondered what makes their team so great you can find all those answers below and see what makes them great as a team and individually. From Ronaldo to Bruno Fernandes and everyone in between see how you can maybe one day even call these guys your teammates! Can you imagine?

Okay before you scroll down we have to settle one thing, who are the top 5 greatest Portugal soccer team players right now and ever! I know I got my list below what is yours? Does Ronaldo top both lists or is he a close second on both? The suspense is killing you I can tell, find out everything you could need to know about their chances of repeating as Euro Cup champions along with who is the best club team in Portugal, so many questions, so little time! 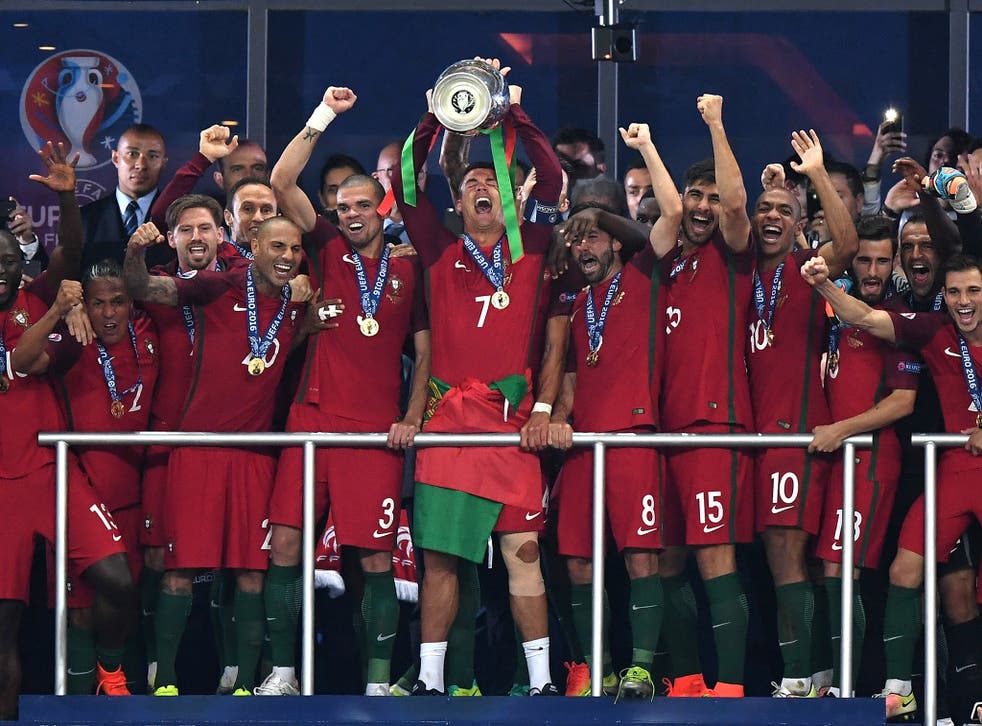 1. Individual Brilliance - Ronaldo, Felix, Fernandes you can pick your poison when it comes to trying to contain any of these players one on one. The beauty of the Portugal soccer team is that they have players who know how to play team ball and if they need to they can give it to one of their horses to create a scoring chance out of nothing with a couple moves a strike on goal. At the highest level this could be the difference between raising a trophy and having a story about why you didn't.

2. Depth of Talent - When players like Jota from Liverpool and Bernardo Silva from Man City aren't guaranteed to start then you know you have a team with some serious depth in its ranks. With virtually every one of their players playing at a top club across the world one of Portugals biggest strengths is their depth of talent in every single position. A sign of a great team is if a player goes down injured or isn't having a good day another player can come in and keep the same high standard and bring something new to the table and the Portugal soccer team checks all those boxes.

3. Can Win Multiple Ways - A sign of a great team is the ability to win in lots of different ways. This team can play on the counter attack with their blazing speed, direct over top no nonsense if they needed to, keep the ball and possess you to death and even score from set pieces and penalty kicks if they needed to. Most teams have a unique style of play and they stick to it no matter what and hope the opponent has to adjust, no the Portugal soccer team they can cut you up any way they need to depending on how the game is going and who the opponent is and they have the players to do it too.

4. Experience - One of the greatest attributes of any team is experience at the highest level for both club and country. After winning the Euro Cup majority of this group returns with that same passion, dedication and most importantly experience to try and do it all over again. The first win is always the most difficult and once you understand what it takes it seems to come more naturally each and every time after that. The Portugal soccer team has the perfect combination of experience and youth to challenge for any major title.

5. Players Playing At The Highest Level - Juventus, Man City, Liverpool, Atletico Madrid just to name a few. These are the types of teams all the Portugal soccer team players play at 10 months of the year and when you bring that together with the national team you create an incredible level of competition within the team and know how on how to win. The transition from club to country is seamless when you have players who are used to high level practice environments and matches on week in and week out basis. When players from these clubs are battling for playing time with the national team you know only good things will come out of an environment like that. 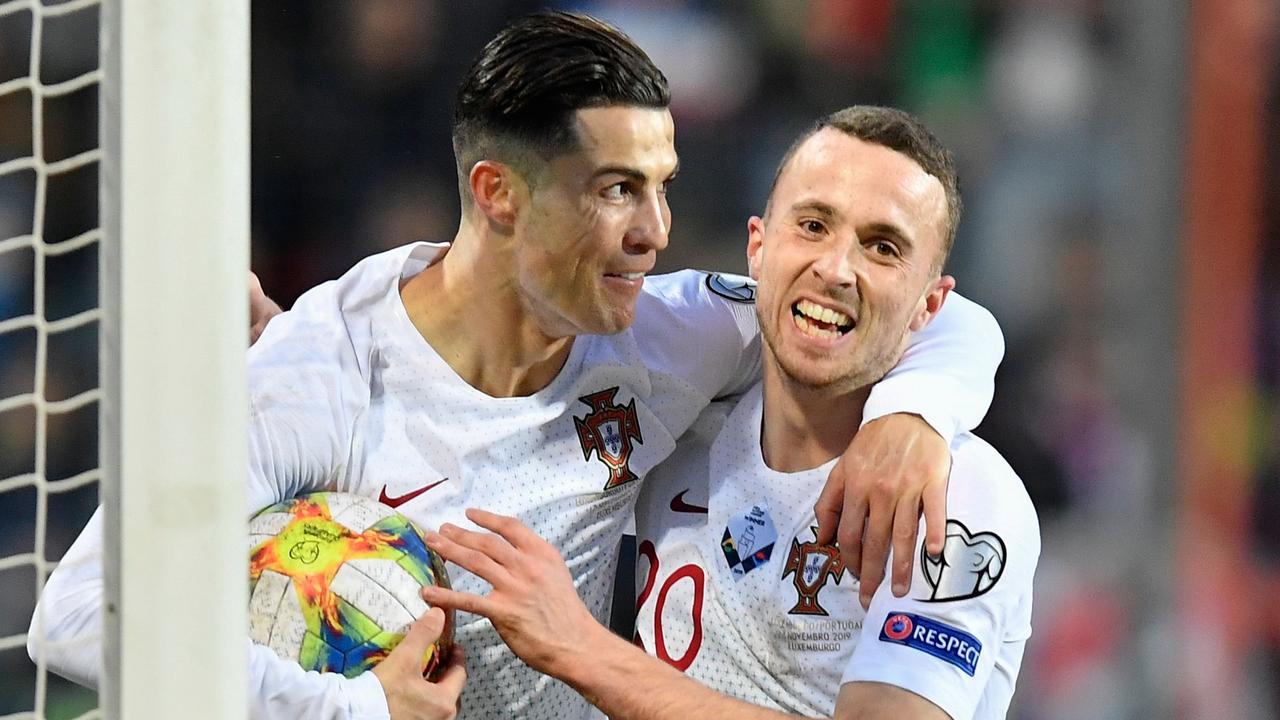 1. FIFA Player Agent - It doesn't matter if you're the next Ronaldo (even if you are) you're going to need a registered FIFA agent to fight your battles for you and open some doors to some tryouts. You may have a cousin or an uncle that can set up a tryout for you but that's extremely rare and even if you do who's going to negotiate your contract and play hard ball with the club to make sure you get the right pay etc. On top of all that if you show up to a tryout without an agent the coaches will start to write you off already because you won't come off as serious or professional. Think about it these are professionals who work in this field and have collected all these relationships and contacts with clubs to help you get a tryout so you would be a fool to try and do it yourself.

2. Create Highlight Tape & CV - No agent will look at you without a strong highlight tape, CV and some full game tape as well. You need to start compiling the video from every game you play even after you've created the highlight tape as you may want to add more to it later. Make sure it's well put together with your best moments as early in the video as possible because agents may only watch 30 seconds of it and make their choice. Have an organized CV (resume) to go along with it to show you've played at a decent level and are well suited for a pro tryout. If you want to make a Portugal soccer team at the club or national level you're going to need to take this first step.

3. High Level References - A great way to get a look at the next level if you can have someone with a high pedigree recommend you. A former top player, coach, scout etc that has worked with you that give you that recommendation to get the right eyes on you. Start thinking of the soccer people you know that could speak well about you who are connected well to the higher levels, think man!

4. Play On A Top Team - The best teams always have the most eyes on them so if playing for that unknown small town team hasn't got you enough attention you may want to consider the move to the big club that everyone is tracking. Not only do scouts follow these teams the most these clubs typically have the best reputation of sending players places over the years so pro clubs trust them more than lesser known teams. If making the Portugal soccer team is something you want to do you better get used to playing on the top teams and competing against top players for playing time.

5. Playing Regularly - No player at any level should be taking two or three months off from playing matches so be sure you're on a team or two that is consistently playing games and not taking months off at a time with just practice and no real games. The best way to get better at playing 11v11 outdoor soccer is to be playing 11v11 outdoor soccer and not just lifting weights and running around cones at training. Find a team that plays year round and plays at least a match a week for 40 weeks out of the entire year. 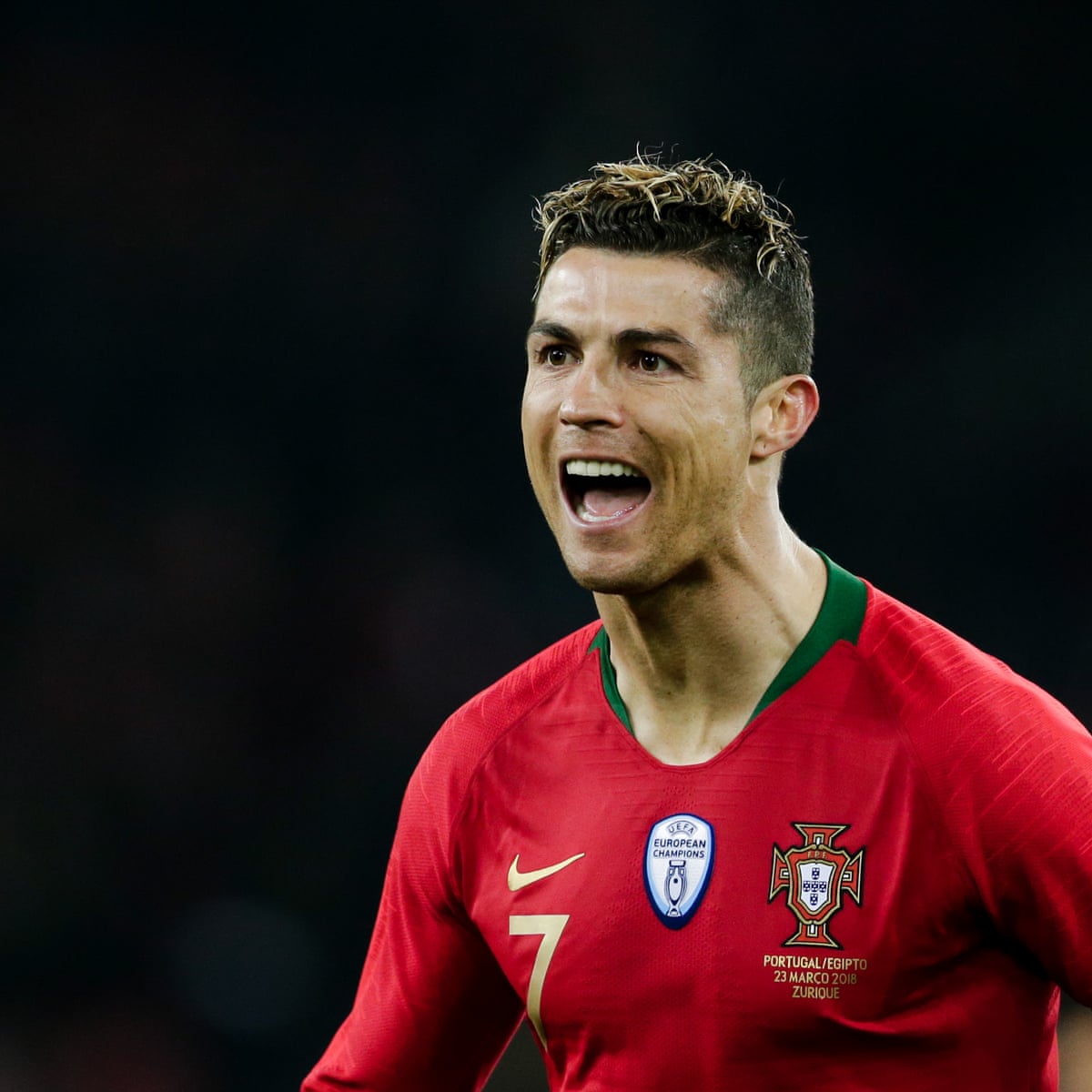 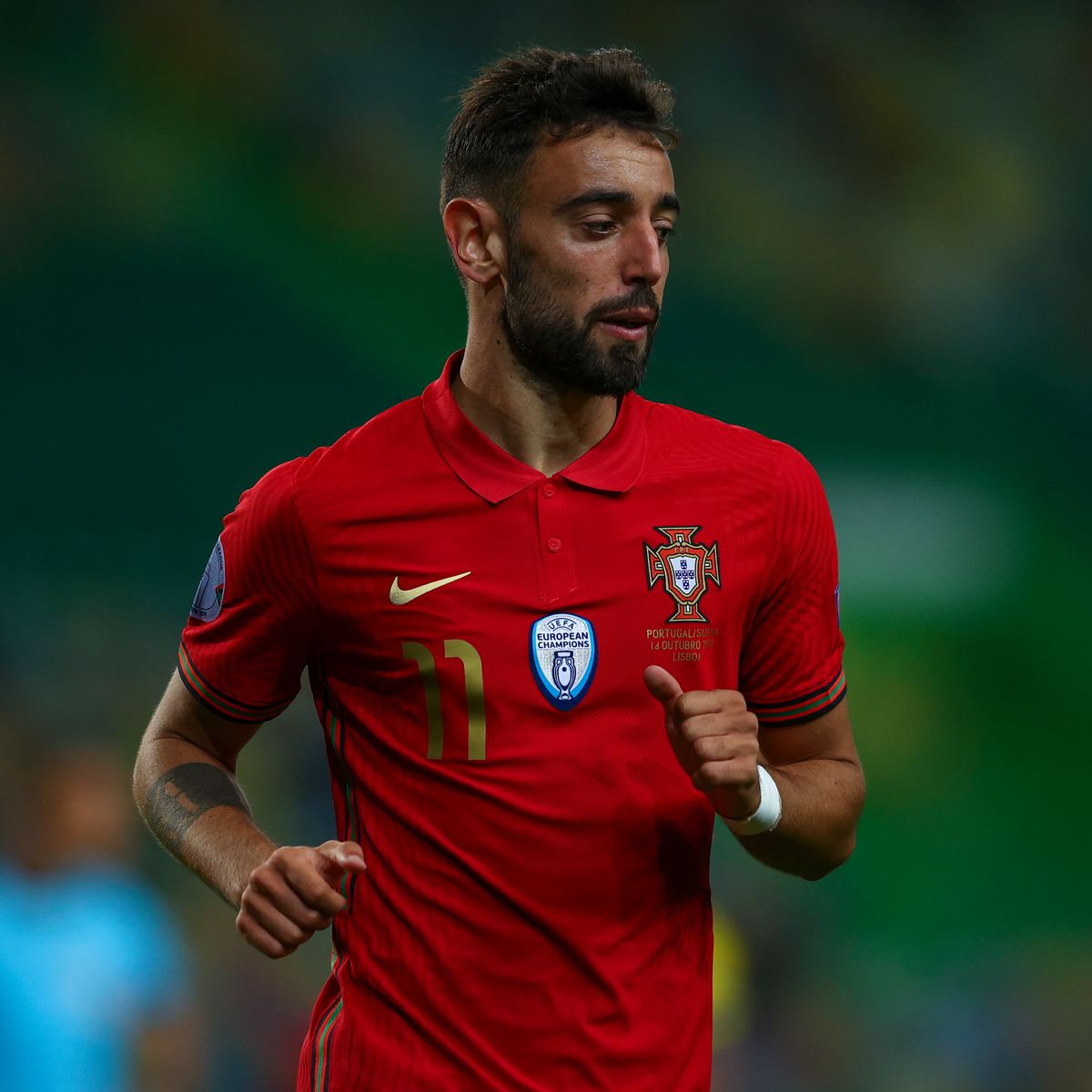 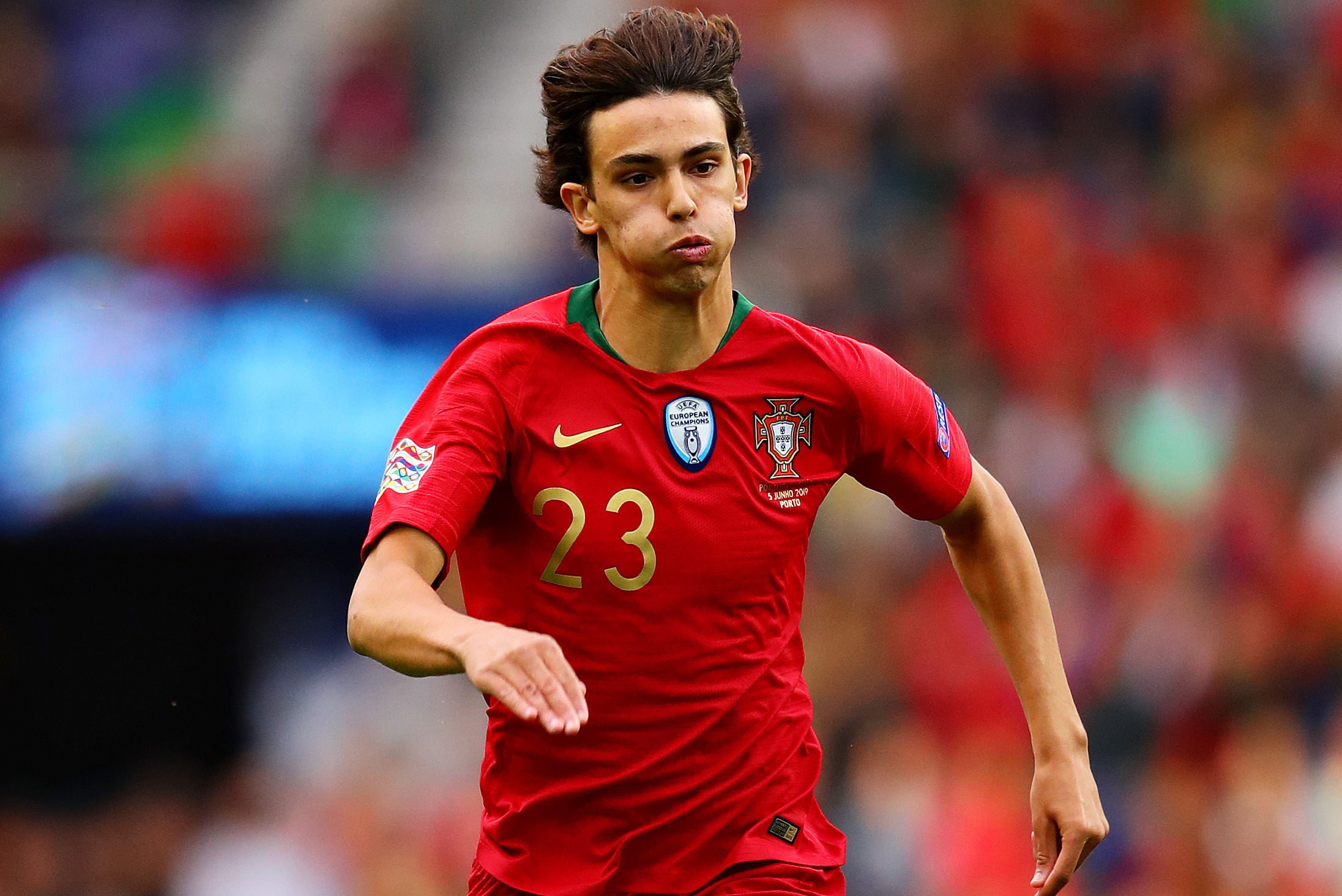 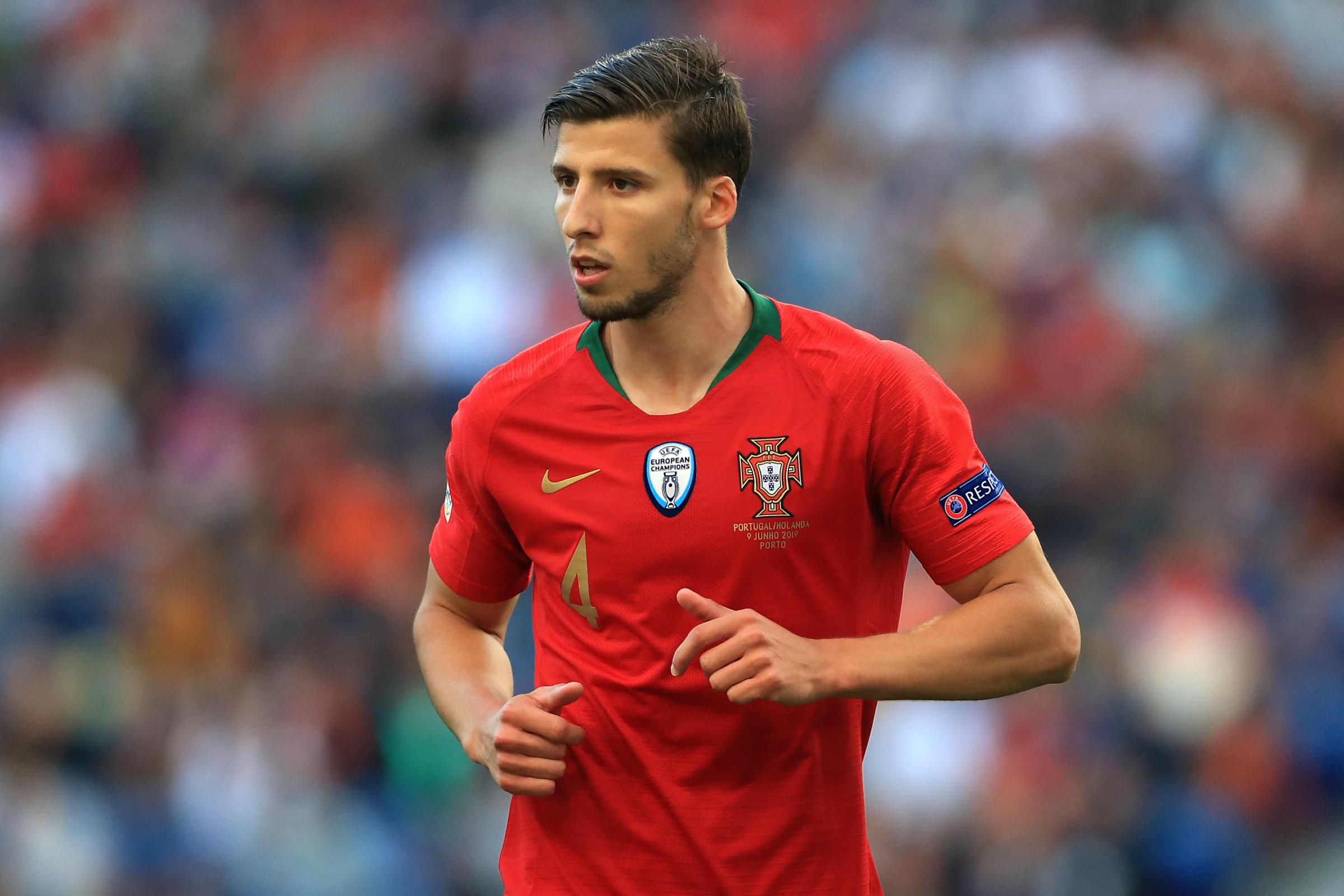 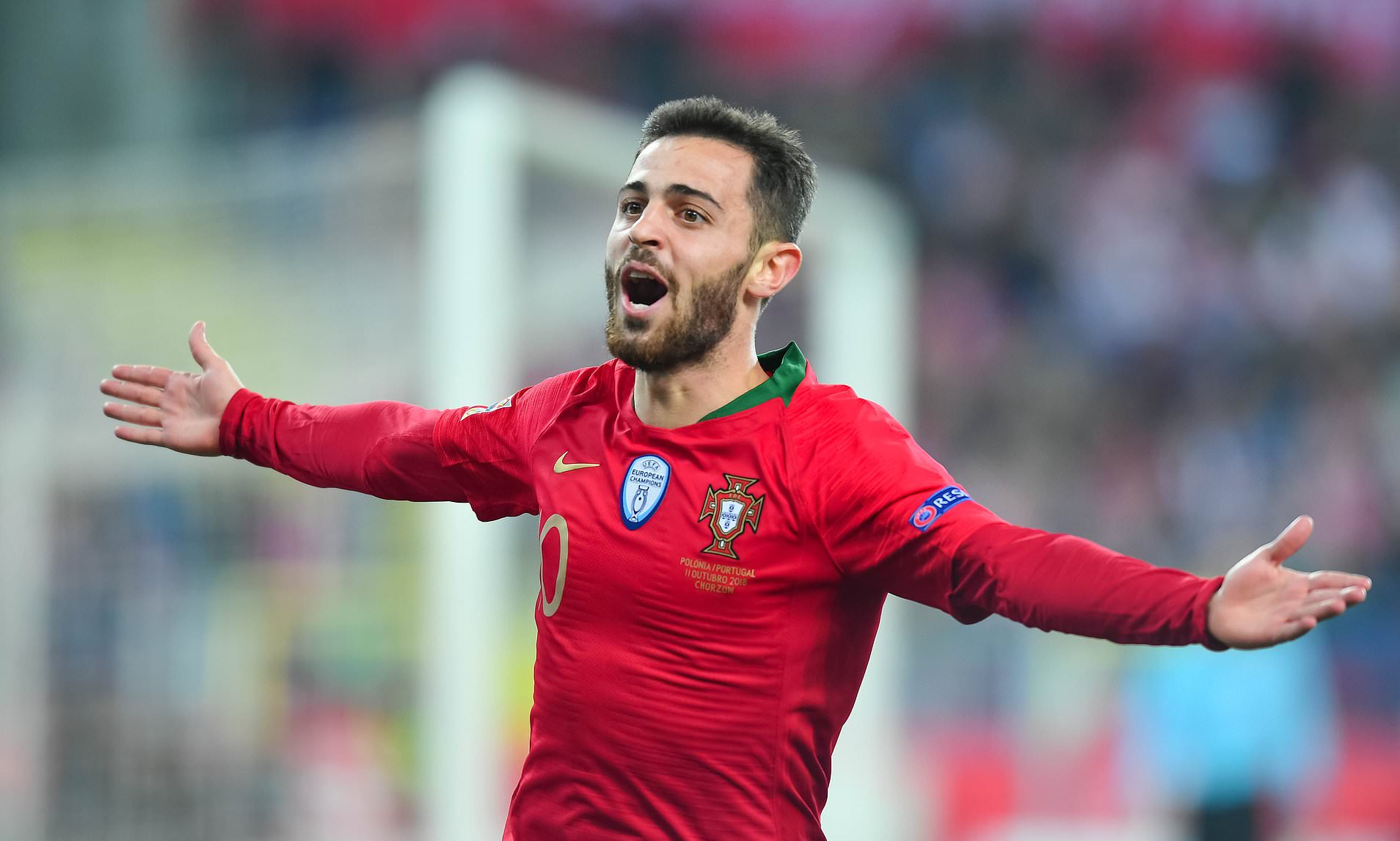 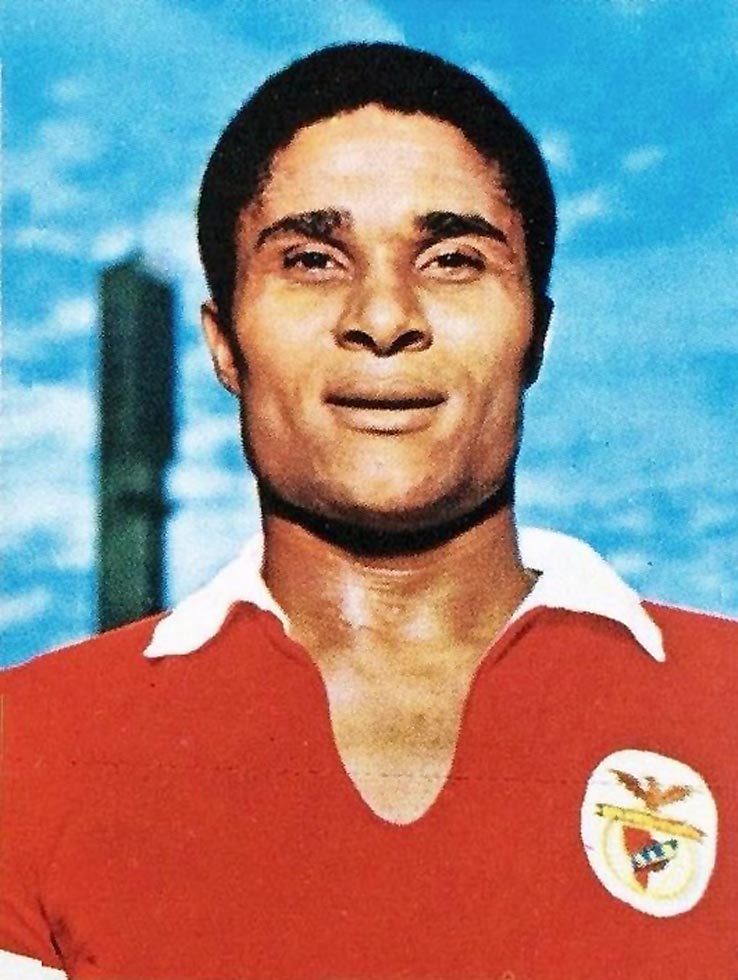 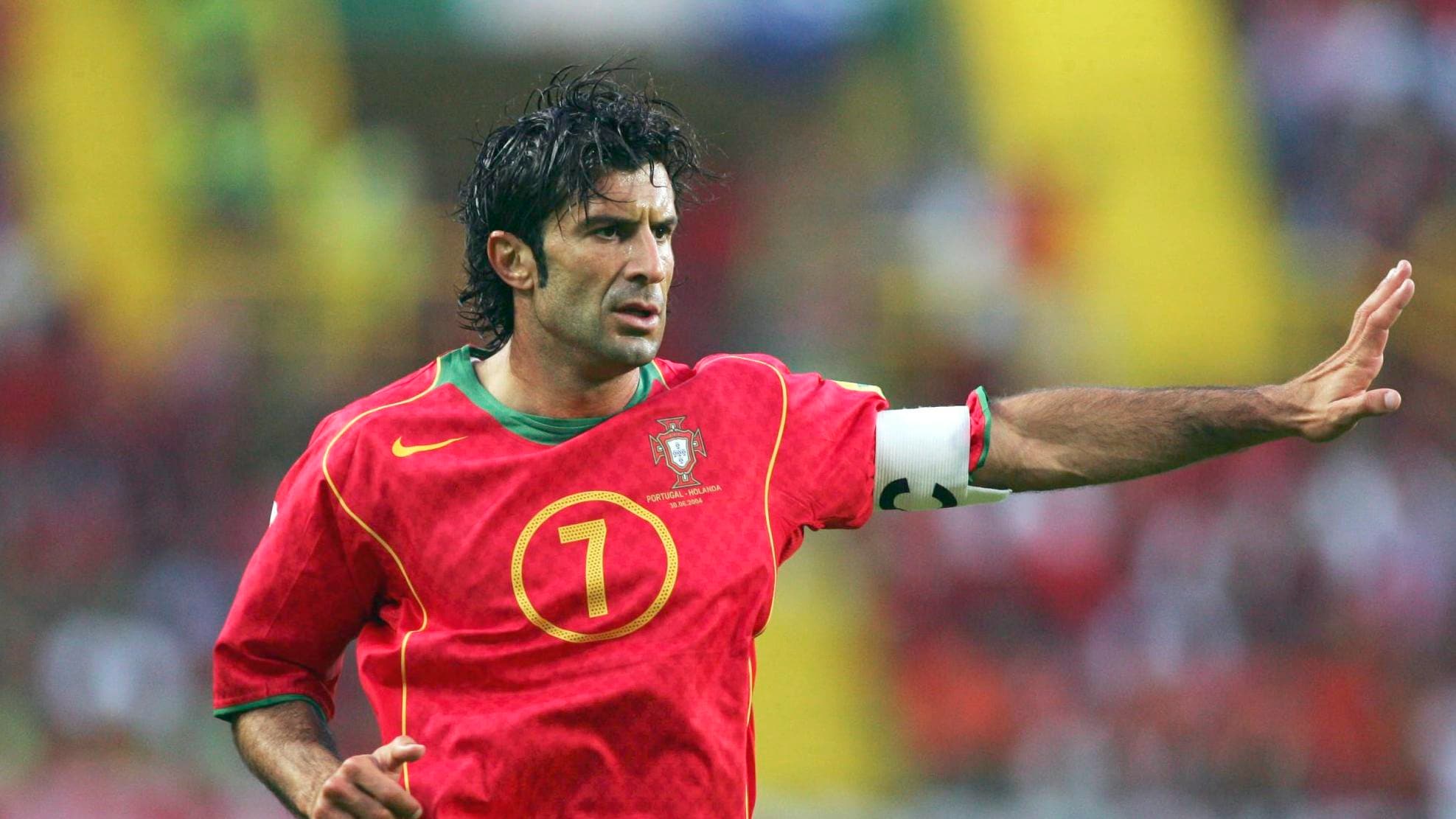 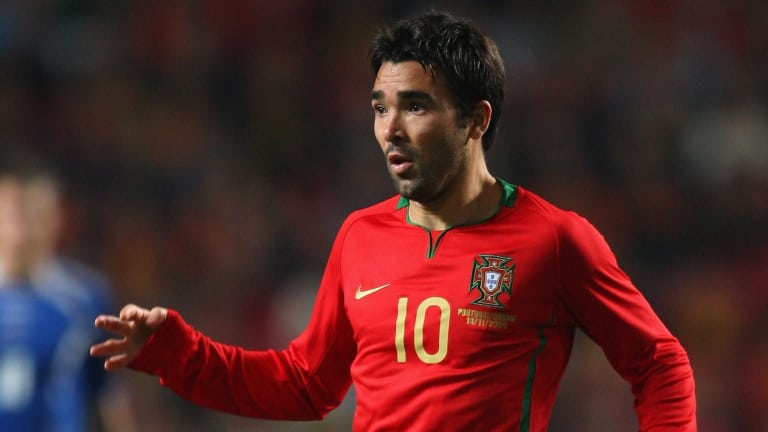 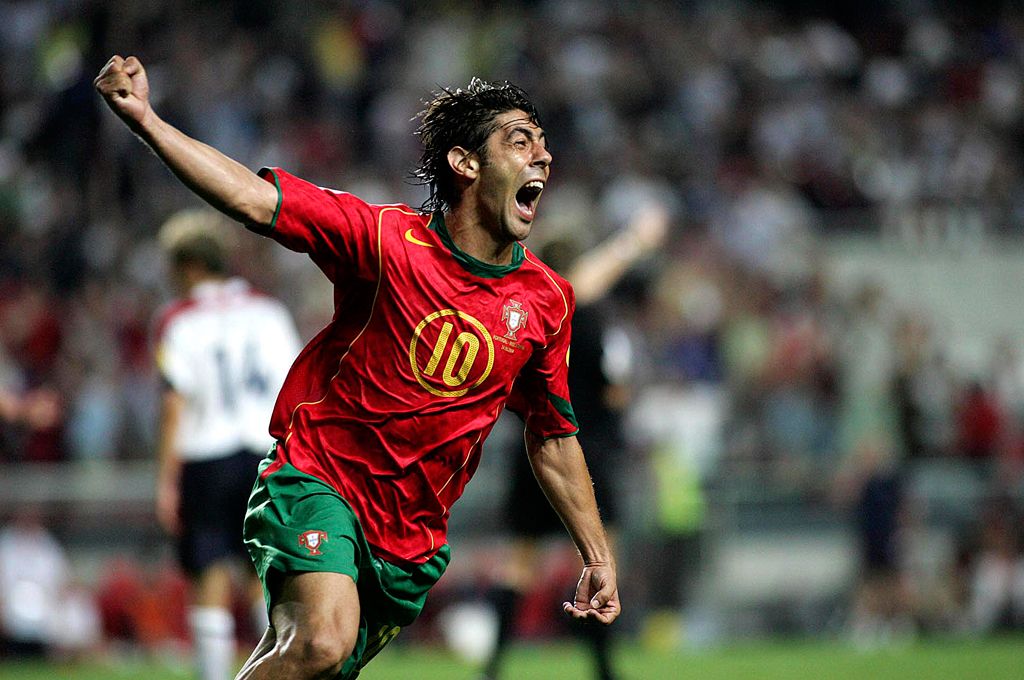 is the portugal soccer team favourites to win the next euro or world cup?

The odds don't say they are the clear favourites but definitely among the favourites based on the generation of players they have coming through at the moment. They have world class players hitting their primes such as Joao Felix, Bernardo Silva, Ruben Dias and Bruno Fernandes to name a few with the experience and leadership of Cristiano Ronaldo. This team is no doubt in the top two or three teams that are most favoured to win any major tournament they play in because of their talent and now experience of winning the Euro's in the past. Having that feeling of winning a major tournament means something when playing in big matches, knowing you've been there and done that contributes to your belief and confidence if you're down in a game or in other moments of doubt. This just could be the golden era for the red and yellow of Portugal. For more information on the Portugal soccer team feel free to visit this page for all your National team news and updates.

is ronaldo still the best portuguese soccer player on the national team?

Not sure I would say clearly the best but the most important no doubt. With his experience at club and international level it is hard to say Ronaldo is not the most valuable player to suit up for the Portuguese national team, he is the captain after all. Best is hard to define but he will definitely be the go to player in the big moments, this team is loaded with incredible talent so in many ways it may take a little attention away from Ronaldo and let him shine even more. Just having his presence there means a lot for the less experienced players to know they have a game decider on their team who is seen and done it all at every level. Many may think his best days are behind him but much like Messi he is starting to reinvent his game and play a little more direct, with a little less flash and more efficiency, he may or may not be the best player on the team but no doubt the most valuable.

what is the best portugal soccer team at the club level?

The most famous club teams in Portugal are Sporting Lisbon, Benfica and Porto. Almost every great Portuguese player past or present came through one of these three clubs before making the leap to the world's elite clubs. The Portuguese have a great reputation for developing players through their technically gifted players who can take players on 1v1 with skill and speed. On the other side of the ball they have produced some hard nosed killer defenders who are anything but cute on the pitch, real tacklers and generals in the back. To tell you who the best is a matter of preference but historically the most winning club is also a tight race but is definitely between Benfica and Porto. Both have won two champions league titles, Benfica has won the league more times but Porto has more points overall in the league play so it's really a toss up here and comes down to preference of which club you support.