TWEEEETTT!!!! Penalty Kick Given!
Are You Stepping Up To Take It? 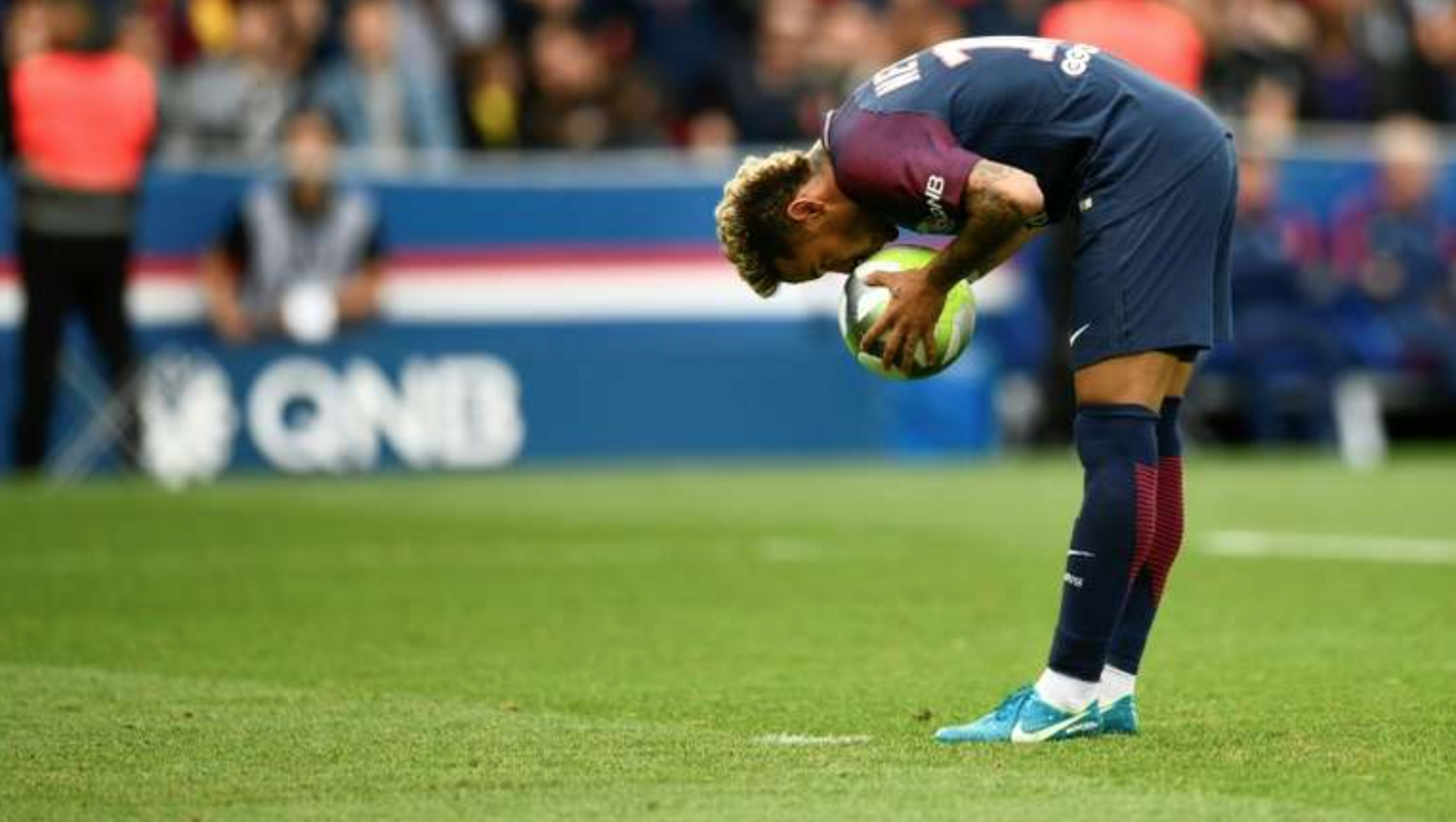 A penalty kick could change your life. If you ever (and you will) get into a situation where you're involved in a penalty shootout be ready for the emotional rollercoaster.

Penalty Kick shootouts are engraved in every players head especially the ones you lose. You need to remember that a penalty shot is 80/20 mental. Everybody and their brother can hit a ball 12 yards but with the pressure and the moment getting to you a lot can change in a small matter of time.

The Most Important Things To Remember When Taking A Penalty Kick

Should You Ever Have A Defender Take A Penalty Kick?

Why not?? Every defender thinks they're a better goal scorer than the strikers on their team anyway why not use that confidence and have them put their money where their mouth is from the spot.

Truth is defenders are more than capable penalty kick takers and they have proven it over the years both in game and during shootouts.

Any player on your team is capable of shooting a pk from a technical point of view so let's start thinking about the other things that go into it.

Confidence, deception, power and accuracy, so if a defender has those qualities and want to take the penalty kick then by all means let them. I can see defenders everywhere smiling form ear to ear.

What If You Don't Feel Like Taking A Penalty Kick Because You're Nervous?

Then you have a choice to make, step up to the plate or let someone else shoot who you think is more capable.

Whatever is in the best interest of the team right? If you're the captain of the team this may have a negative affect on the entire team so you may be better off biting the bullet and stepping up no matter how you feel.

One thing I used to do is decide before the game and prepare myself to anticipate the nerves and the doubtful thoughts ahead of time. So once those nerves started to creep in I reassured myself with positive self talk and got through it.

Can A Goalie Take A Penalty Kick? Are They Any Good At Them?

Believe it or not goalkeepers have as many reps shooting balls and taking penalty kicks as any outfield player. Not only do they have the knowledge of being on the other side of a penalty kick they are constantly taking them on each other in training.

I've come across so many great goalkeepers who could take penalty kicks and actually prefer taking them in game and during a shootout.

So yes they are allowed (as long as they were on the field to end the game) and yes they can be great at them so explore the option.

If you're looking for a scientific and analytical look at some of the tricks of the trade while taking a penalty kick from the goalkeepers points of view then you should read this article. Its focus is on Misbehaviour During Penalty Kicks and Goalkeepers Holding the Ball Too Long as Trivial Offences in Football.

Next time you have  chance to take a penalty please don't do any of these below, let this be a lesson on how to get benched for a lifetime.

Now the ones that go in, okay you think about doing them.

What Is A Panenka & Should I Try It In A Game?

You've probably seen dozens of Panenka penalty kicks taken and not even know it was one. The Panenka was penalty kick was named after former Czech professional player Antonin Panenka.

He was the first one to try and try successfully this type of penalty kick. So what is it? Well it's just a little chipped shot right down the middle of the net that loops up then down. It's intent is to fool the goalie having them throw themselves to one side of the net like a typical penalty then have it softly go over them.

Kind of like a change up pitch in baseball this type of shot is intended to fool the goalkeeper as they expect a more powerful and forceful strike on goal.

1. Run up with a full sprint to make the keeper think you are hitting with some serious power.

2. Aim under the ball about a two yards under the crossbar.

3. Take the same foot and body technique as if you were going to hit it normally before lightly brushing under the ball.

4. Be careful not to hit it too lightly or slow where the keeper can recover and stop it.

5. Pray the goalie doesn't know you're doing it and just collects it easily.

What Are The Rules I Should Know About When Taking A Penalty Kick?

What You Can Do As The Shooter

What You Can Do As The Goalkeeper

Why Is A Penalty Kick Effortless At Practice But So Tough During Actual Games? 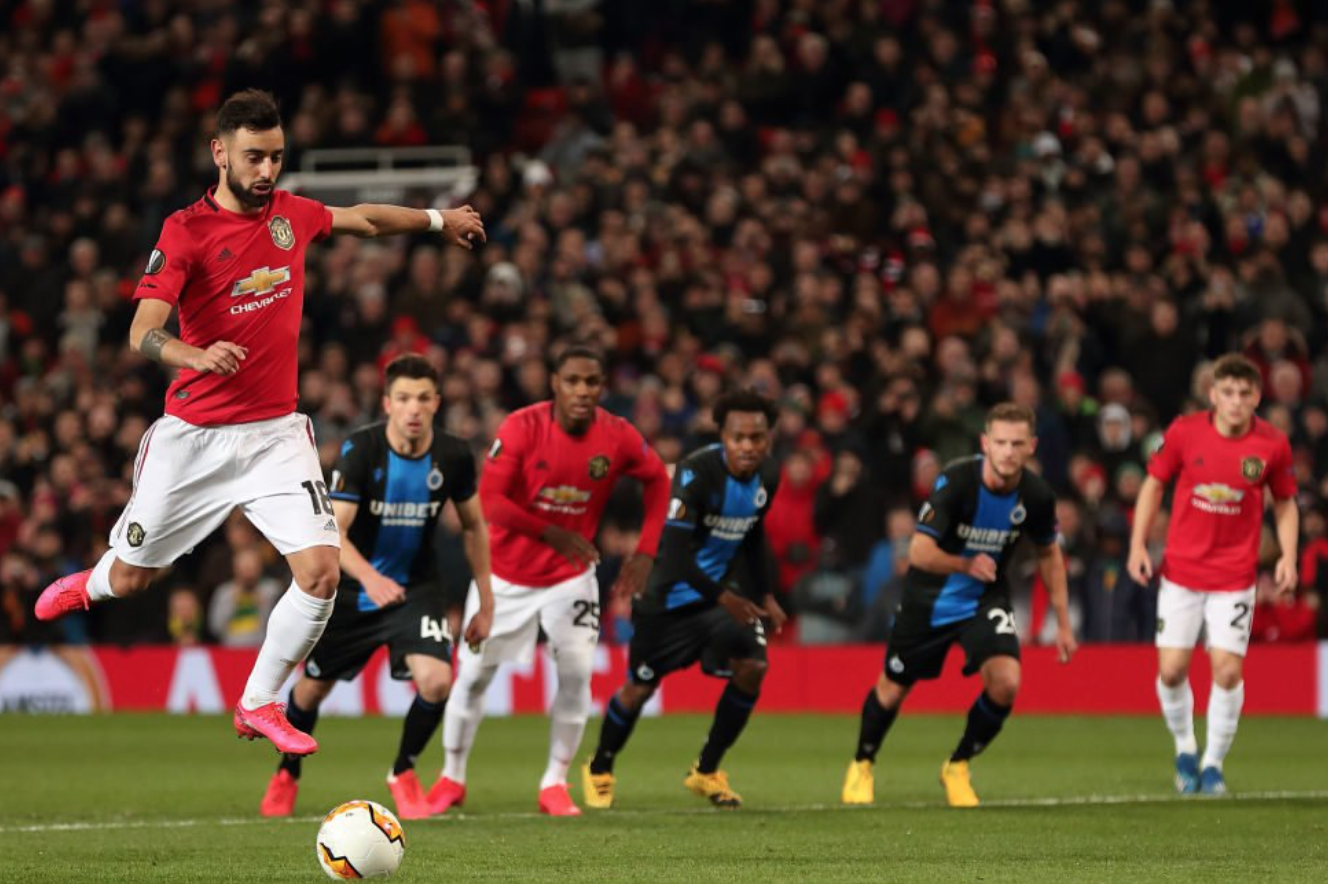 Even though there may be no difference with the ball, distance, goal size, field and equipment during a penalty shot from practice to a game, plenty still changes.

The “moment” and “situation” is what changes. It’s easy to hit a penalty well in practice when nothing is on the line and a miss means virtually nothing. When it’s game time and there are people watching your every step and the fate of your team rides on your shoulders the whole dynamic of the penalty changes.

This is the reason that some believe practicing penalties does you no good. Because nothing can emulate the situation of do or die. Others feel that practicing them like anything else is a skill that can be developed.

Whatever your philosophy you better have ice running through your veins if you’re gonna slot one in.

Do Pro’s Ever Miss A Penalty Kick?

Ever heard of Messi? Ronaldo? Baggio? You bet they do. It’s not as much about skill then it is mental strength and luck. Riquelme, Beckham, Totti, Zidane and the list goes on and on when you talk about world class players and penalty misses.

If you’ve every missed a penalty shot and are beating yourself up about it, you’re not the only one. At any level penalty shots run havoc on a players mental state and as the stakes rise, so does the pressure of the shot.

Is It Better For Your Team To Shoot First Or Second In A Penalty Kick Shootout? Hmmmmm?

Well there are two schools of thought here.

1. Shooting first puts the pressure on the other team.

2. If shooting second then you know what the result of your goal or miss means.

There really is no right or wrong here. Two schools of thought, if you were to ask me, I like to shoot second but may teams prefer shooting first to put all the pressure on the opponents.

Can You Pass It To A Teammate During A Penalty Kick?

Actually you can. But only if the penalty is taken within a game and not during a penalty shootout.

If the shooter passes the ball forward a yard or so and a teammate runs in after he has touched they can put it in.

This is extremely risky and in my opinion foolish considering you already have enough of an advantage from twelve yards out why over complicate it. The teammate also cannot be inside of the penalty box when the shooter touches, only after so the timing has to be precise.

This is rarely ever done in the modern game but use to be done more often years back.

There is no advantage or better opportunity to score a goal in soccer than a traditional penalty shot so don't overcomplicate you life and just hit and live with the results either way.

Can You Score Off Of A Rebound From A Penalty Kick?

Again, the answer is yes. But only under certain circumstances. First it has to be a penalty kick that is taken during a game and it must touch another player first (like the goalie) before you can hit it again.

If you hit off of the post then you can't be the first one to hit it again, another teammate must hit it first.

So for example (it actually happens more often than you think). A player steps up to shoot a penalty kick, the goalie saves it, the ball comes back to the player who shot it or another player running in and they shoot again and score.

Poor keeper can’t catch a break as if it wasn't hard enough already to stop a penalty kick.

A Penalty Kick Is Way Tougher Than You Think Young Ronaldo!

If you're the type of player that loves it all on their shoulders or has nerves of steel then you were born for moments like these. This is not the time to try things or be all fancy, pick your spot, hit the ball like you mean it and hope for the best.

If you strike the ball where you firmly and where you want but the keeper comes up with a big save you can tip your hat to him at least. The worst thing is going up there and allowing the moment to get the best of you and not hitting your shot or missing the goal.

You'll be losing some sleep over it if things don’t go your way. Hit the ball with some authority, no regrets.

A Penalty Kick is as good as a goal, or is it? Some are born for these nerve racking moments where the entire team is expecting and depending on them. Although it may seem easy to hit a dead ball from 12 yards away into a massive goal, it’s much easier said then done.

Even seasoned pro's miss a pk now and then, the pressure, indecision and overthinking of it can lead a player to failure.

So a penalty shot is given when a player is fouled inside the opponents box. The ball is then placed 12 yards away and a player from the team shoots the ball on goal after the referee's whistle. Pretty simple right?

Wrong! It takes a touch of class especially in the big games to come through, sometimes the simplest things in life can be the most difficult.