Ready To Play OUA Soccer At A Top University In Canada? 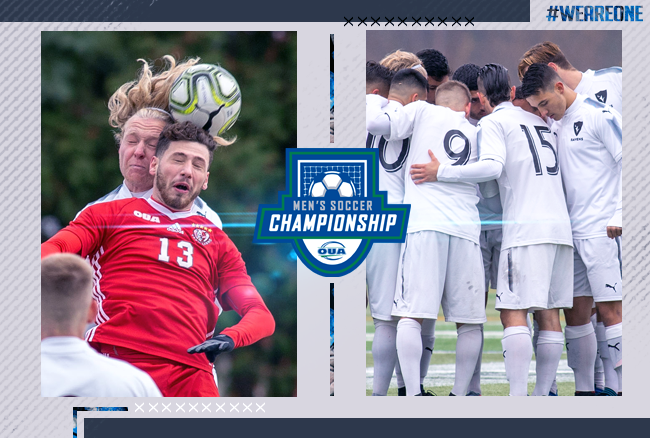 And the Thunderbirds WIN ITTTT!!!! The who? Okay the OUA (Ontario Athletic Association) isn't exactly EPL level popular but it's a great place to grow as a University player. The OUA is a sports conference that several different sports play in, soccer of course being one of them for both women and men. It is the governing body of University sport in the province of Ontario in Canada, soccer in the snow? No No Canada has warm months too ya know!

Whether you're thinking of playing in the Canada one day or just doing some research about it "for a friend", you will find everything from how to get recruited, to getting a scholarship and everything in between. And that's the final whistle! Pk's on the way to decide this one.

Do OUA Schools Give Out Scholarships?

You better believe it! Despite what most people may think OUA schools do have the capacity to give athletic scholarships along with academic ones and a whole list of others depending on what school you go to.

The most an OUA University can give you from an athletic stand point is $4500 for the year ($2250 a semester).

The amount you receive completely depends on the Head Coach's decision in how much they want to offer you. They are typically given out in $500 dollar increments, so the lowest you will typically see is $500 and the highest is of course the $4500 max.

Depending on what type of Letter of Intent you sign these scholarships can be for one year, or sometimes guaranteed for all four years as long as you are meeting your academic standing and all requirements of being on the team.

Typically scholarships are only taken away due to poor academic performance (going below 2.67 gpa disqualifies you from your scholarship) or not meeting the demands of the team. Injury is not a reason for someone losing their scholarship, unless otherwise stated in the letter of intent.

Academic scholarships vary from school to school but typically these range between $500 and $4000.

The amount you can get academically is strictly based on your grade 12 average of your top 6 U or M courses. The higher your average coming in is, the higher the academic scholarship you can get. These are given to you for all four years you are studying.

Top 5 Ways To Get A Scholarship At An OUA University

1. Academics are KING!! - Having strong (or 80% and above) will open soooo many more doors for you then your ability ever will. Having an 80% average from your top 6 grade 12 U (University level) or M (Mixed College or University) courses will make you eligible for both athletic and academic scholarships that you can put together to make your total scholarship package amount. Pretty sweet deal if you ask me!! Ontario Canada here I come!

2. Perform on the Pitch - It goes without say that you have to add significant value to the coach and team you may be joining. The way you play and perform when being scouted is important so training well and preparing for match day are vital to you performing at your best. Coaches like players that are specialists, great free kick taker, great 1v1 defender etc. It's okay to well rounded but also have one defining specialty that separates you from the pack.

3. Coach to Coach - Most University coaches have great relationships with club and academy teams in their area. There is a good chance that your club or academy coach knows the University coach you're interested in playing for one day. When a club coach picks up the phone and recommends a player to a University coach it has a lot of weight so bug your coach to help you out. "Coach! Help a brother out!"

4. Ask! - Reach out to the coach and very professionally write up an email that asks if they are looking for your position and if scholarship money would be available if a player could fill that need. After you ask that question you will get a feel for their level of interest and if a scholarship could be offered. No coach will give you a scholarship offer based off one email of you asking but at least you can get an idea of what is available and what they are looking for.

5. Apply For Them All! - So many student-athletes receive scholarships mainly because nobody else took the time to apply. Take a whole afternoon and go the scholarship page or your University and literally apply for every scholarship possible. You will be surprised on how many you qualify for and get a piece of the pie from. You're welcome, you owe me! 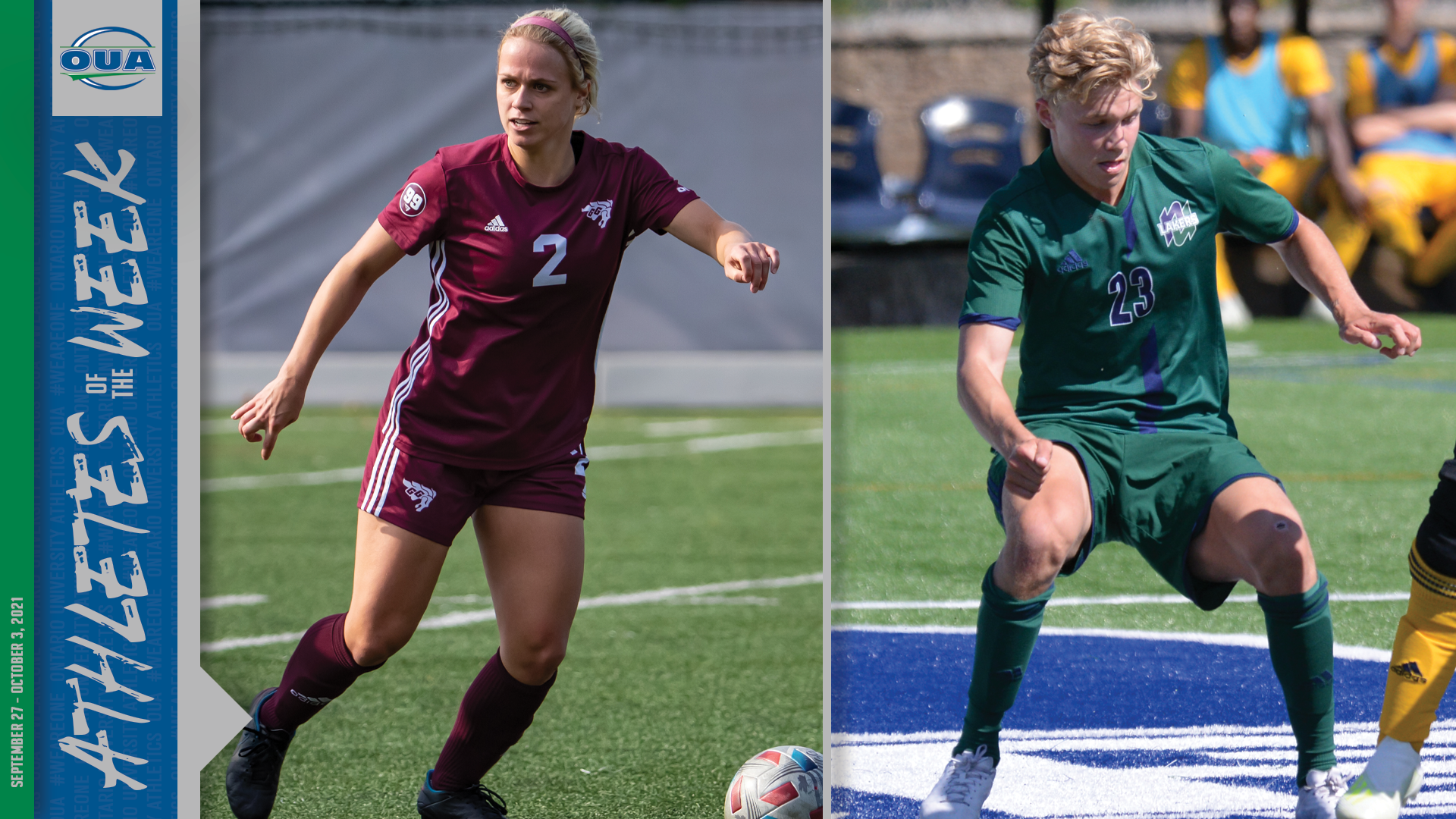 1. Attend A Universities ID Camp - This is the single best way to be seen, evaluated and have your shot at making a University team. Some of them are a big of a money grab if they are charging for attendance but who cares! Paying $50 or so to potentially make all your dreams come true and maybe even get a scholarship worth way more than that is worth $50 or $100. Some players slip through the cracks so if you truly believe in your ability register for as many of these as you can, you can always pay that credit card back later!

2. Reach Out To the Coach - As simple as it sounds just reach out directly via email and then with a phone call in a week or two time to confirm the coach knows who you are. Tell them a bit about yourself, what your aspirations are and if there is an opportunity for them to come watch you play or better yet you join one of their teams training sessions. You might just got a copy paste email but at least they know your name for when you call or cross paths with them in person. They say one phone call is worth 10 emails so don't be afraid to pick up the phone even though texting is the thing these days.

3. Ask Your Club Coach to Contact the Universities Coach - This is easily the most underrated and under used method of getting a University coach recruiting you. University coaches will strongly pursue a club player who's coach has directly reached out to them and recommended a player. So if you have a a good relationship with your club/academy coach have them reach out to some coaches you may be interested in playing for one day. Now let's just hope he has some good things to say about you.

4. Play For A Team That Goes to Showcase Tournaments - As good as you may or may not be you need to be on teams that are constantly going to showcase tournaments every year or in the eye of the top coaches. If you consistently see other teams playing in showcase tournaments or are visiting University campus and your club team isn't, you may want to reconsider where you're playing.

5. Ask A Friend On The Team - The soccer circles are small so if you have a friend or former teammate/opponent playing on a University team have them speak to their couch and vouch for you. See if you can use that link to join a training session or at least be put on the coaches radar next time they are out at an event. Now when you bump into him/her you can say "hey coach, I believe so and so on the team brought my name up to you", at least this way you have a way in and some credibility for next steps.

When Does The OUA Soccer Season Start and Finish & How Many Teams Play In It?

The OUA season is a typical University season that starts in August and runs all the way until the second last week in November roughly. There are usually 16 games in a regular season plus a few rounds to play in the playoffs with two teams qualifying for the National Tournament. The OUA starts with 19 different teams from across Ontario and ends up with one champion through a conference playoff tournament and the two finalists get to go to nationals. Pretty straight forward really.

For more info on everything to do with the OUA soccer conference check out their website here.

How Do I Tryout For An OUA University Soccer Team?

Impress At Open Tryouts - Every OUA soccer team holds open tryouts at least once a year and they are typically in August just before the competitive season begins. Show up fit, play simple and outwork everyone there to give yourself the best shot possible. Open tryouts can be a bit of a long shot but you never know until you try.

Attend ID Camps - This is your best shot. Go into the teams environment, have the coach get a close look at you and see if you're good enough. Not only will the coaching staff and current players watch you play you can also talk to the coach one on one afterwards and ask any questions you may have.

Email the coach and ask if you can jump into a training - Even better if you have a friend on the team that can vouch for you have them ask their coach if they can bring a friend to training. The coach will be much more likely to say yes when they know one of their own players has already screened the player and says he is quality.

Do OUA Players Ever End Up Playing Professionally?

More now than ever! The OUA conference is starting to become a hot bed for talent for players getting drafted into the CPL (Canadian Premier League), players signing pro for MLS teams and even overseas.

Every year more and more players from the OUA and the rest of Canada are taking the leap to the pro game. It's not uncommon for TFC of the MLS to sign some players pro from the OUA whether it is with their first or second pro teams.

So if you want to keep the pro dream alive while getting your undergraduate or masters degree then playing in the OUA in Canada should be something to really look into.

1. Declare Yourself For the Draft

2. Get Identified By A CPL Team

3. Recommended By A Coach

Although most people think Canada is made up of 100 people and that they all know each other this isn't the case. Actually Alphonso Davies played with the Vancouver Whitecaps of MLS which couldn't be much further from the OUA which is Ontario. On top of that he did not go to any University never mind one in Ontario, so the simple answer is no he didn't.

Are Their Other Types Of Scholarships at OUA Universities That Athletes Can Receive?

Every University offers a wide range of unique scholarships for their student-athletes that are outside the scope of your typical academic and athletic scholarships.

Several alumni, donors and organizations have created different types of scholarships for students and student athletes to benefit from. All of this information is available online so do some work up front and apply to as many as you can to see how much financial assistance you qualify for.