tell me everything about the ncaa soccer tournament, i want to play in it one day! 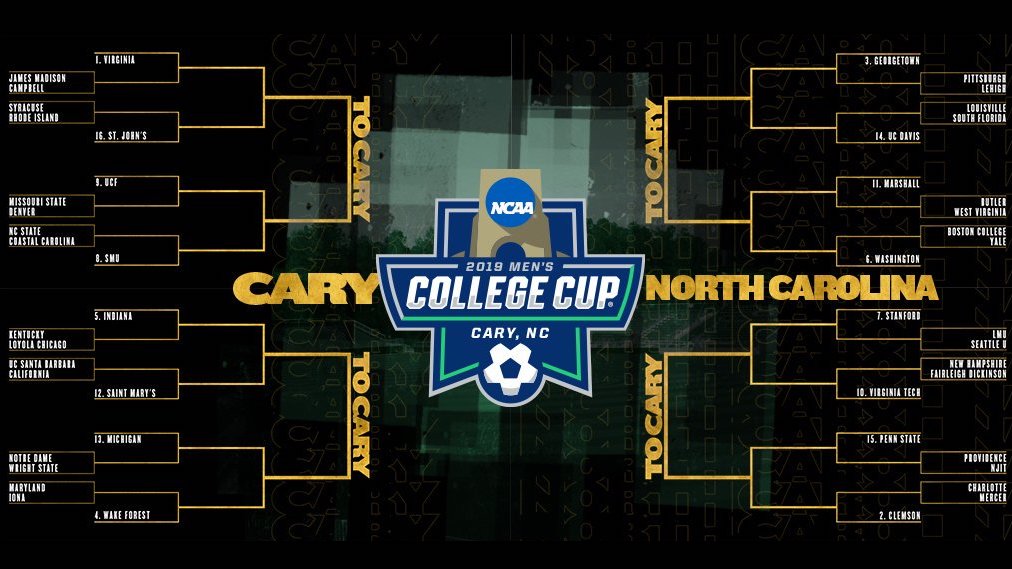 He shoots..... he....... you'll have to wait until you play in the NCAA soccer tournament one day to find out how this cliffhanger ends. There aren't many things more beautiful on this earth than soccer, national championship tournaments and game winning goals. The NCAA tournament is a collection of the best Universities and colleges from across the USA all playing to be called that years National Champions. There will be smiles and there will be a lot of tears but that is what makes it so special.

If you've ever dreamed of playing in this tournament one day and lifting that trophy above your head then you're not only going to need to know what the tournament is all about but all the things you need to do right now to get a top school and qualify one day. Get the information on what coaches are looking for, how to get a scholarship, how to make the team and what it takes to qualify and win the whole thing. Believe it or not, no matter how far you go in this game, whether it's to a top professional team one day or not, your college and university team will always be the team you will be the most connected to no matter what. Enjoy the ride and before you know it you'll be a senior and hopefully lifting the NCAA trophy above your head and calling yourself a national champion, that has a nice ring to it doesn't it? 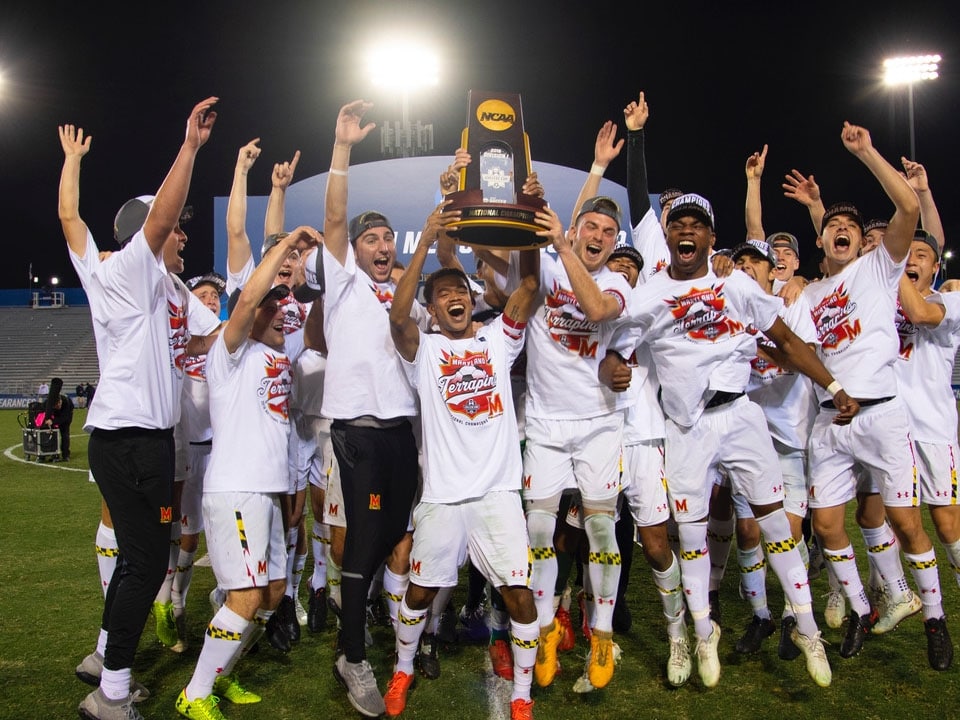 1. Experienced Players - It's no coincidence that many past champions of the NCAA soccer tournament had a high number of seniors (4th year players) and juniors (3rd year players) in their starting line ups and on their teams. Having these types of players and leaders on your team that have been in these types of situations in the past is priceless. They know what to expect, how to prepare, how to deal with the pressure moments and know how to roll up their sleeves and get the job done. The single most important factor in winning this tournament is having players who have been there and done that.

3. Different Ways To Score - Some times your team might just be off and not clicking or the other team is playing great defensively, in those scrappy games you need to find different ways to score other than just from open play. Future national champions have a long throw, a clever corner kick or an exceptional free kick taker that can decide a game when you just need the ball to go in unconventionally. Maybe that is what you bring to the team and the coach will love you for it, if you can't crack the starting eleven think about being a specialist and have that long throw, perfect service off of a corner or free kick that the coach will just want to put on the field in late moments.

4. Strong Keeper In Penalty Kicks - Ninety minutes plus overtime will just fly by sometimes and then your team will be faced with the all important penalty kick shootout to save your season. So many games in the tournament go to penalty kicks because of teams playing conservatively or nerves forcing players to play safe and the even playing field at this level. No matter which way you get there, penalty kicks are always a part of the NCAA soccer tournament so having a top keeper that is an expert at penalty kicks will play a role in winning it all.

5. Luck - Nobody likes to admit it but getting some lucky breaks along the way is a big part of hoisting that trophy as well. An injury to the opponents top player, an own goal, a missed call by the referee in your favour and many other things all play a role in what we call luck. Yes you make your own luck like the old saying goes but sometimes a gust of wind or a rainy day plays in your favour and you advance where on another type of day you would be packing your bags home. Getting a couple timely breaks along the way plays a role in the team that gets those medals around their necks.

1. Injuries - Staying injury free and healthy across all of these games and an entire season is no easy feat, and if you have any chance of winning it all your team is going to need to poses the best ability in all of sports which is availABILITY.

2. Internal Conflict - All needs to be good in the locker room or it will spill out onto the field and that could be all she wrote for your season. Team harmony, cohesion and togetherness are all things you need to be a championship team and if players are at each others necks at practice or during the games you have no chance of overcoming the challenges in a game.

3. Yellow and Red Cards - These things can add up and a few yellows or a foolish red can have your team without its best player in the most important of games. Imagine scoring the winning goal to get your team to the national final and you take your shirt off in so much joy that you get your second yellow of the game and miss the final? What a cruel cruel game.

top 5 ways to make a team, get a scholarship and play in the ncaa soccer tournament one day 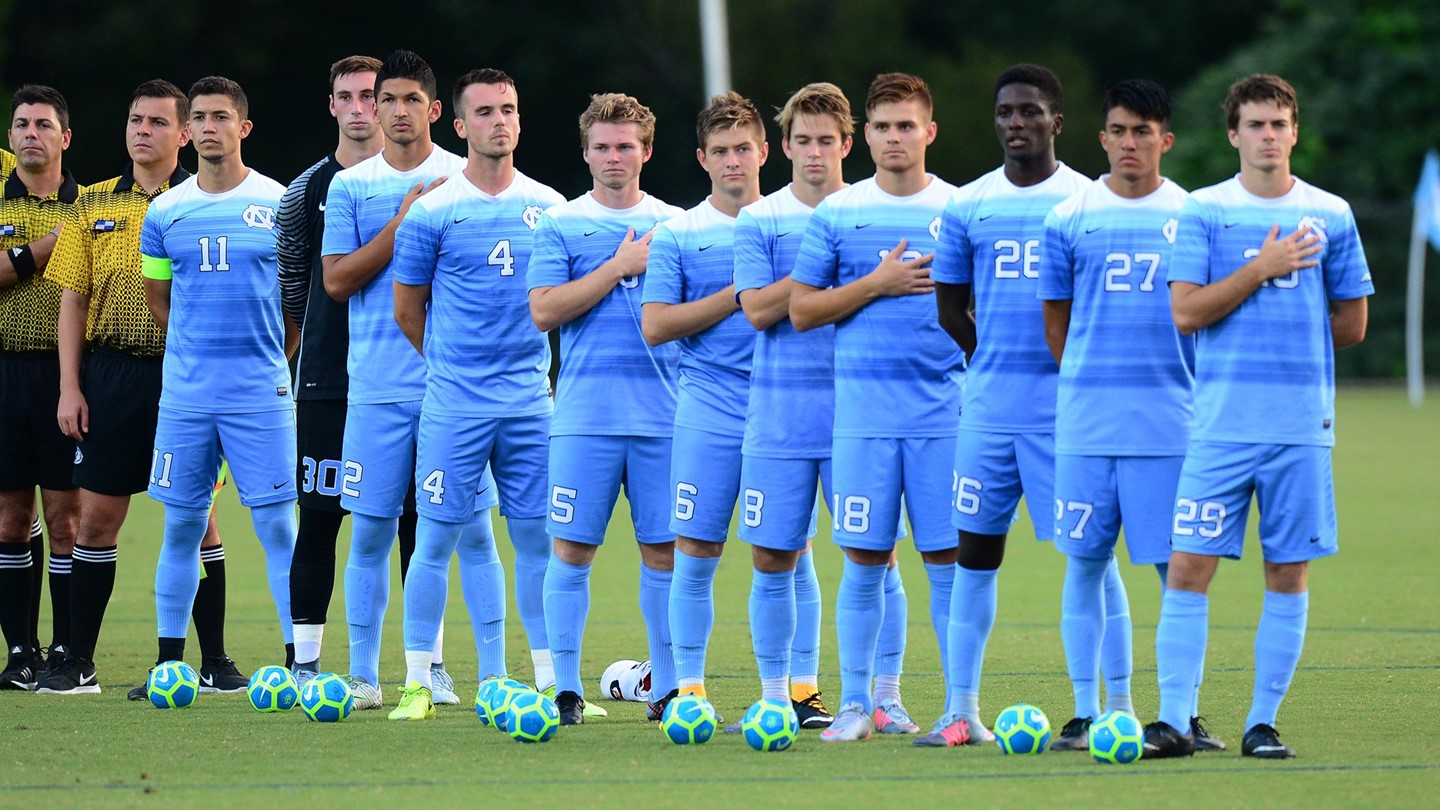 1. Strong Grades - No matter how talented you are having strong grades will open doors of opportunity to play in the NCAA which you couldn't imagine. So many players have gone to their dream school without a big scholarship because their academics allowed them to get money to afford it. It may still happen for you if you're that talented but imagine not being able to go to UCONN, Syracuse or Duke because your grades were 10% less than they need to be? Leave no stone unturned and get your academics straight so you can play in the NCAA soccer tournament one day like you dreamed at a top school.

2. High Level References - Having your coach put in a phone call to a few university coaches and schools you're interested in goes further than any email or video you could ever send them. Coaches at any level respect the opinions of other coaches more so then a generic email or even a highlight video, think about who is the most credible big name coach or person you know in the game and ask them to make a phone call on your behalf to the coach of the school you want to go to. If they are hesitant to do so then you know they don't think you can make it there, keep trying until you find the coach that will put in a good word for you for at least a tryout and see where it takes you.

3. Quality Video/Resume - A blank email with a resume and your contact info isn't going to cut it. Coaches get hundreds of emails from players all across the world so making sure you have a quality resume, highlight tape, full game tape, references and everything else ready to go could be a game changer in getting a tryout or a second look. You need to create an online presence of yourself whether it's just on YouTube or Instagram or anywhere else, coaches will want you to be well documented before giving you a chance.

4. Play On A Top Club Team - The best teams have the most eye balls and scouts following all their games so move to a top team if you can in your senior year so you can garner a little more attention and get that school after you that you've always wanted.

5. Be The Best Player On Your Team/In Your League - Striving to at a minimum being the best player on your team will give you a shot to get looked at by college coaches and referred to them by your own coach. It's not enough to just be a good player, you need to be elite and stand out on the pitch before coaches will start offering you scholarships.

do players get drafted from the ncaa soccer tournament to the mls? 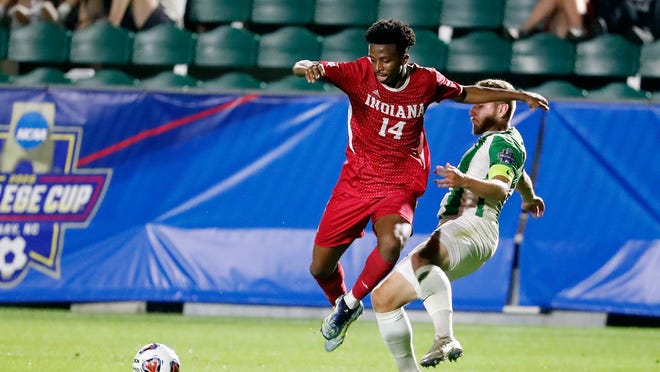 Yes there is a draft every year called the MLS Super Draft that selects players from the NCAA in four different rounds selecting about 90 players from across the country. Although it isn't mandatory to play in the NCAA soccer tournament to get drafted it definitely helps to be playing on the biggest stage to get noticed and selected. MLS teams not only want to see talented players but they want to see them in the biggest moments and see if they can come up with their top game when the chips are on the table. Typically MLS teams will draft seniors at college but at times they will go younger if they think that player can come in and make an impact right away.

how does a team qualify for the ncaa tournament? how many teams qualify?

There are a couple main ways a team can qualify for the tournament. The first and most common is winning your conference tournament at the end of the year. Doing that will guarantee you a spot in the prestigious tournament directly, teams that didn't have a strong regular season love this route because they can string together a few good performances and be crowned conference champions and head to the college cup. Another way to qualify is through a wild card bid which takes into your regular season results, strength of opposition that you played and how far you went in your respective conference tournament to decide if you get a bid to the NCAA soccer tournament. Being ranked in the top 25 for several weeks also increases your chances of being one of the 64 teams from across the entire country that get to compete for the sports biggest prize at the University level.

To learn more about the NCAA soccer tournament and the teams in them feel free to check out the official page at NCAA.com.

if an ncaa soccer tournament game is tied does it go to penalty kicks?

You better believe it! The NCAA soccer tournament is famous for its dramatic late penalty kicks to send one team into pure excitement and the other into a misery of heartbreak. After ninety minutes of playing if the two teams are still tied the game heads to two 15 minute halves of sudden death golden goal soccer. This means first team to score will win the game, if it is still tied it will head to the best and worst thing in all of sports, penalty kicks. Both teams select 5 shooters to kick the ball 12 yards away from goal in hopes of scoring more goals than the other team and advancing in the tournament, I get nervous just thinking about it.