i just want to get scouted to a top ncaa mens soccer team and get a scholarship, is that too much to ask? 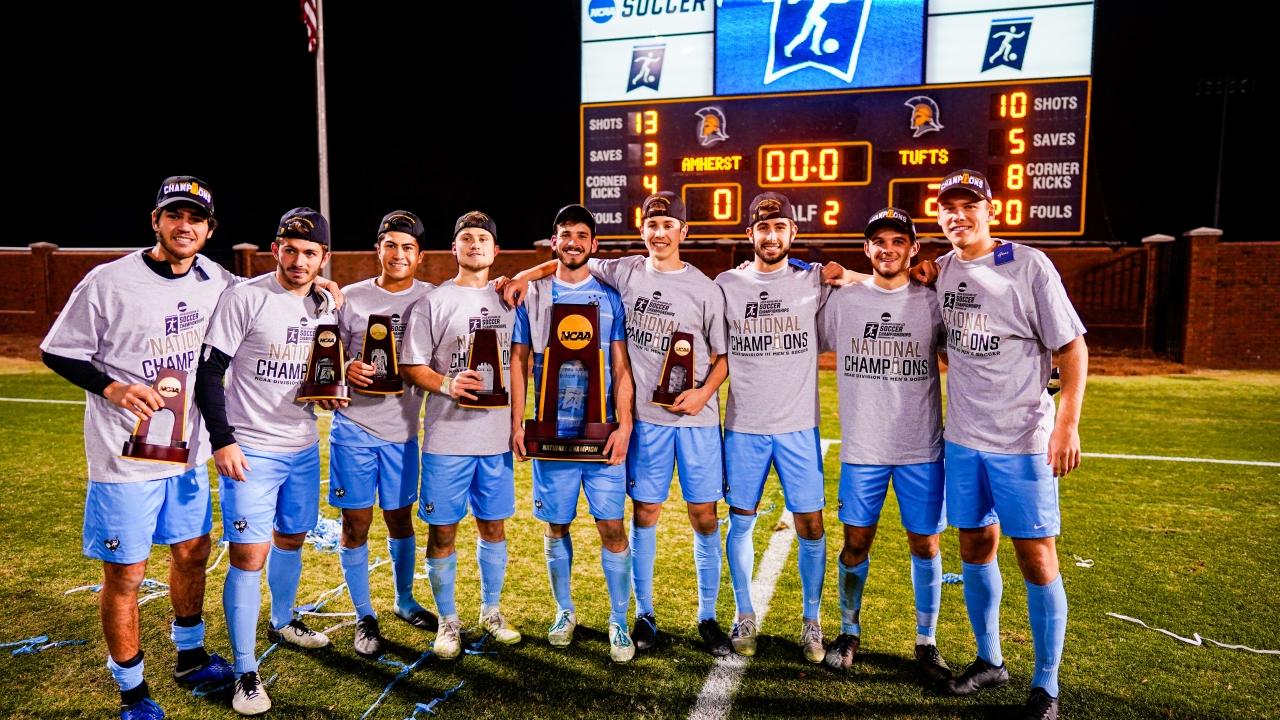 With the 6th pick in the MLS Draft the Portland Timbers select... you? NCAA mens soccer and getting drafted to the MLS is one way you can make all your dreams come true and turn pro. Unfortunately it's not as easy as it sounds, playing at the elite level of Division 1 NCAA sports takes a lot more than just a pretty face. Before you start down that road of figuring out if you're good enough, how to get there, which school to contact, creating a highlight tape etc, you need to make sure you have all your ducks in a row.

Most people think that being part of an NCAA mens soccer team is pretty straightforward and all you need is a little bit of talent. Not only do you need a lot of talent (not a little) you're going to need to make sure you have your academics straight, eligibility in order, finances, visas and so much more. If you've ever wondered what types of training habits, style of play or ways of contacting a coach you're going to need to get to this level then you're no doubt in the right place. Not everyone is going to be able to go to UNC, Wake Forest or Stanford but you can at least try and if it doesn't workout there are plenty of great NCAA mens soccer programs that can help you take the next step in your life on and more importantly off of the field. 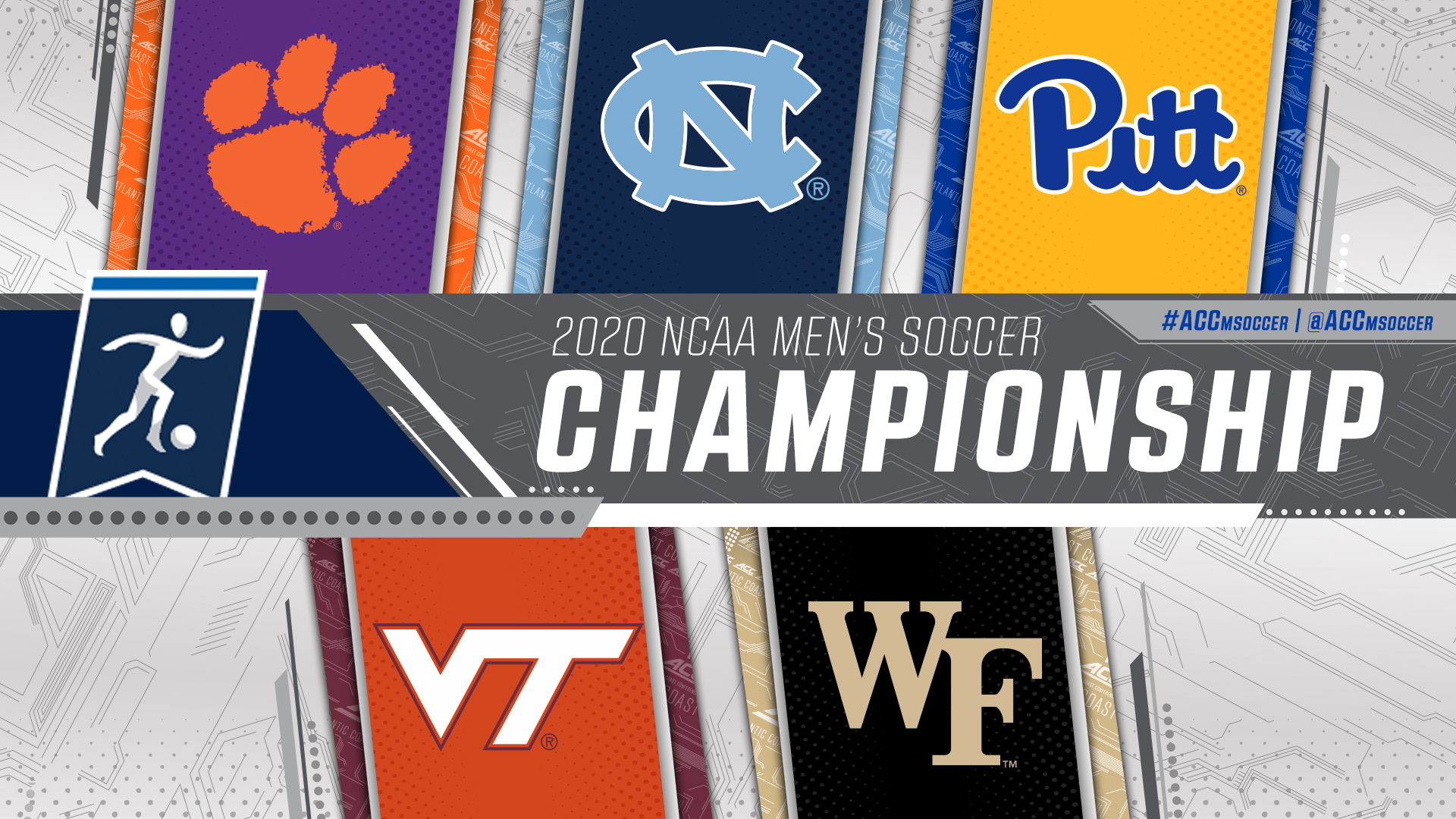 1. Create Unique Video - The first thing a coach will ask for is of course some video of you playing and you need to overdeliver with this footage of yourself. Unfortunately you can't photo shop video to make yourself play like Neymar but you can send the coach some unique and diverse footage of you playing. A 5-7 minute highlight tape is a must, organize your best moments and show them from best clips to worst, sometimes a coach may only watch 15 seconds of clip so put your best stuff early. Second you're going to need some full game footage so the coach can see a little closer what your overall impact is on a game 11v11 and not just your best clips one after another. Lastly you're going to want to send the coach up to date highlight and full game tape of games that happen after you've created your highlight tape and send it to them. That way they have the most up to date footage of you all the time, week after week, this is a game changer that nobody else is doing.

2. Strong Academics - Many scholarships in the NCAA are tied to academics and can be the difference between receiving a full, part or no scholarship at all. As good as you may be there are about 1,000 other players who are just as good and if 200 of them have a 90% average why would a coach take a risk on your 60 to 70% average that can't handle academics as well when he knows Mr. 90% has his stuff together. Not only that several schools have academics requirements to receive athletic scholarships and of course academic ones as well, you can start combining both together to make the school of your dreams a little bit more affordable. Yes yes I know what you're going to say, "but what if I get a full scholarship" ya that's a possibility but an outside chance and why would you leave money on the table just because you slack in grade 12?

3. Play On A Top Team - This one may be easier said than done but the players that get the most scholarships play on the best club teams in their city. A second tier player on the best team in the country will get more scholarship opportunities than a top tier player on a bad team every day of the week. The first reason for this is that the top teams have more eyes on them and more coaches coming to scout the top players and just be association second tier players look even better because they are part of a winning club team. The second reason for this is because of the relationship and history this club team has with sending players to the next level and being successful so more coaches will invest scholarships in teams that generally produce top NCAA mens soccer players.

4. Go The Schools Summer Camps/ID Camps - You want the coaches eyes on you don't you? What better way to meet the coach and have them watch you play all day for a whole week then show up to their camp and stand out. No matter the cost think of it as a small investment in getting your own personal tryout in front of the coaching staff and current players, something nobody else will get during open tryouts or a showcase tournament. Attend several of these and get a feel for campus, what the team is like, the coach is like and see if you can catch someones eye while you're there.

5. Sign With A Recruiting Agency - There is no better decision you will make then signing with a recruiting agency and have them do all the heavy lifting for you. They will contact a wide range of schools and promote you to every coach that is out there, believe me research the best recruiting agencies there are

1. Sitting Back and Waiting - The worst thing a potential student athlete who wants to play NCAA mens soccer one day is sitting back and waiting for coaches to reach out to them. When it comes to finding a team you have turn over every rock by contacting coaches, asking your current coach to contact schools, signing with an agency, showing up to ID Camps and whatever else you can do to make your dreams come true.

2. Giving Up - Just because a few dozen coaches don't return your emails or if nobody isn't showing any interest that doesn't mean you need to give up so fast. Be persistent and even sit out a year if you need to before you get what you want but don't by any means settle, nobody every made their dreams come true by settling and throwing in the towel.

3. Being Too Picky - We all have a dream school or two we want to play at but be open to other schools you haven't visited, met with the coach or nothing about. You would be surprised how many great programs there are in the NCAA that you don't know about and for all you know going with a lesser known school could be a blessing in disguise for so many reasons, and if you light it up and still want to go to your dream school at least you have some leverage to transfer if you wish. 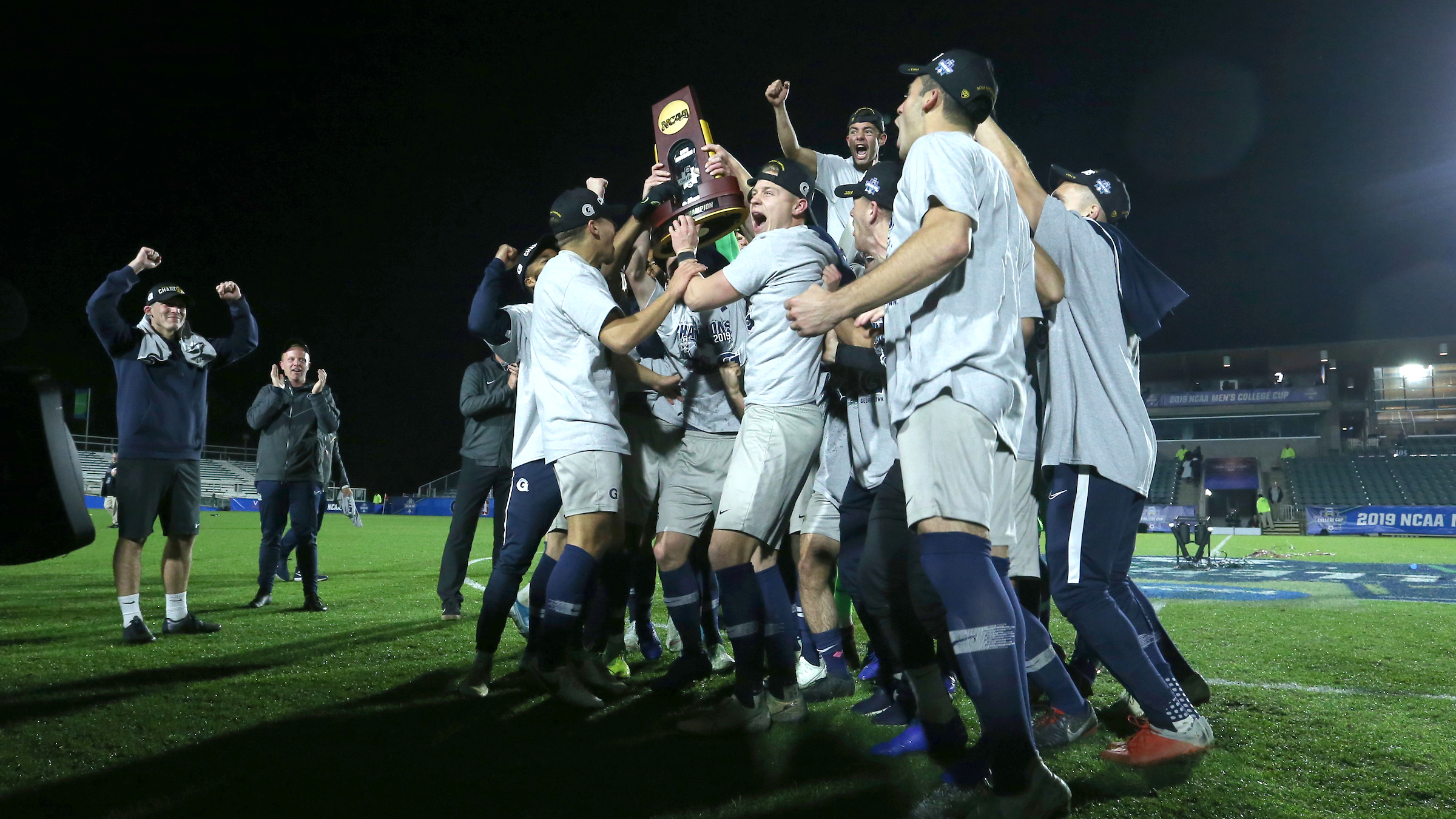 1. Graduate With A Degree - We've all seen the commercial on TV that says 99% of NCAA athletes will go pro in something other than their sport. Even if you're different you need to understand the importance of getting your degree and finishing school. This degree will set you up for the rest of your life (yes there is life after soccer) so never forget the most important reason you get up ever day on campus is to get that degree.

2. Life Long Relationships - Wins and losses will come and go but the gift that keeps on giving is the friendships and relationships you build with your teammates and coaches. If you ask any player that has played NCAA mens soccer I bet you that their best friends to this day are the buddies they played soccer with at college. There is a unique life long bond that is formed during those years when you share the amazing highs and lows of the game that just stick with your forever, believe it or not while playing at college you're starting to form your wedding party.

3. Unique Life Experiences - If you're lucky enough to go on a team trip to somewhere outside of the USA you'll also experience once in a lifetime experiences by traveling around a different continent and country, truly a life changing experience. When you grow up and look back at your time as a student-athlete these are the types of things you will remember the most and not the goal you scored or the game you lost.

4. Experience A New Culture - Joining a team full of players from different backgrounds and cultures really help you experience and get to know people from all around the world. Understanding their customs, language, food and beliefs really makes you grow as a person and open up your perspective on the world.

5. To Play Professionally - Of course this is a great platform to get noticed and maybe even get drafted by an MLS team at some point. Even if it's not through the draft getting an agent after you're done school and testing the waters in professional leagues is an option that many players pursue. The dreams is still very much alive if you decide to go to school and play NCAA mens soccer.

how do i get scouted to play ncaa mens soccer? 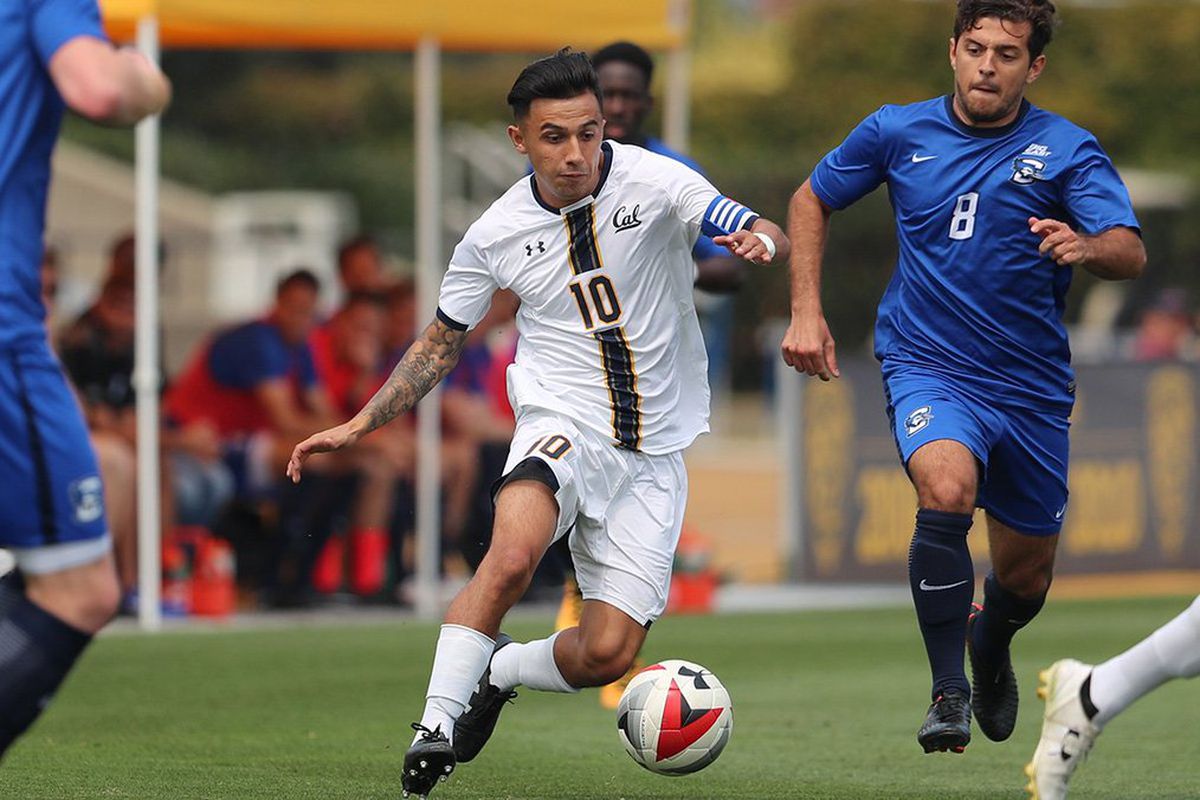 The first thing you will want to do is connect yourself with a recruiting agency that will start contacting all the coaches in the NCAA on your behalf. They are essentially an agent that work to get you a scholarship with schools that are looking for players in your position. They are an incredible asset because they have contacts and sometimes personal relationships with these schools and will work like dogs on your behalf to get you placed somewhere. They also provide a platform where they will help you create videos and a resume of yourself to share with schools.

After you've done that start preparing and training for the job you want (scholarship NCAA D1 player) not the one you got. To succeed at the next level you need to have a work ethic that exceeds anything anyone else on your team or your league is doing, not only will references speak about it when talking to coaches for you but it will establish a good platform for your habits when you go into your first college pre-season.

Once you start doing that start signing up for every summer camp and ID camp you can find and start getting some face time with these coaches, no shame in showing up to the teams campus unidentified and putting on a show.

For more in depth information about NCAA Mens Soccer feel free to visit the official NCAA page for all information and guidance you need.

how do i get drafted to the mls from the ncaa mens soccer league?

You will need to declare for the MLS draft and then be selected by an MLS team on draft day. Typically before the draft the best 30 or so players are invited to play in a series of 11v11 matches for MLS scouts to better assess who they want to draft. If you're not invited to this the chances of you being drafted are not hight but could still happen. Several players after the draft get a chance to tryout with MLS teams for various reasons so worry about getting better each year and maybe by your senior season you will get a shot to get drafted.

what are the top 5 best ncaa mens soccer schools historically?