why is the mens soccer world cup final the most watched sporting event in the world? 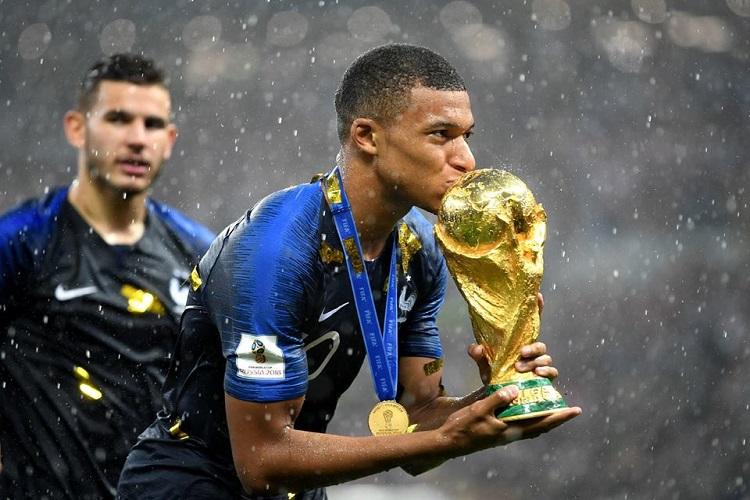 Campeones, Campeoonnness, Ole, Ole, Oleeeee.... After winning the mens soccer World Cup every change room and family room for that matter from that country will start singing this song. Winning the worlds biggest prize in the worlds biggest sport, it doesn't get much sweeter than that. With so much history of the World Cup there is so much to know and learn about how far this game and wonderful tournament has come. Such things as who has won it the most times? Which countries have had the privilege of hosting it? What are some crazy facts about the trophy itself that not many people know and who is the king of most goals scored in World Cup matches, I bet it's not who you think it is.

If you're crazy about the mens soccer World Cup and your dream is to one day play in the worlds biggest tournament then you're going to need to find out how you can get there and what coaches are specifically looking for as you try and climb the ladder for your national team. Maybe you're right and you do have the talent but do you have all the other pieces it takes to play pro and be selected for your country? If you're not sure then you find all the answers you need below. Who knows maybe you will become the new all time leading goal scorer in World Cup history and move one step Klose to superstardom (see what I did there?), campeonesssss, campeonesssss ole ole OLEEEEEE!

1. Five Countries Have Hosted It Twice - Mexico, Italy, France, Germany and Brazil have had the unique privilege of hosting the prestigious tournament on two occasions.

2. One Senior Game Locks You Into That Country Forever - If you play in one senior national team game (also called a cap) you have to play for that team and country for your entire career and can't switch. If you're selected to the team and don't actually ever get into a game you can still switch countries later, you can also play as many youth national team games (u23, u20, u19 etc.) as you like for whichever country and switch later but playing in a senior game locks you in for good.

3. The Last Tie Breaker In The Group Stage Is Least Amount of Cards - Ask Senegal how it feels to be tied in wins, points, head to head, goal differential, goals for and against and it have to come down to the team that had less yellow and red cards. Japan went through to the knockout stage in the mens soccer World Cup, what a tough way to go.

4. If VAR Existed From The Beginning We Wouldn't Have The Same Champions - Imagine all the great moments that would have been robbed from us like goalkeepers leaving early from their lines, close offsides that were just missed or let go and of course who could forget the amazing "hand of god" by Maradona. With VAR this goal would have certainly been called back and Argentina winning the mens soccer World cup could not have been.

5. World War Halted the World Cup - World War 2 halted play of the World Cup for 12 years. You will see that gap in time between 1938 and 1950 where it wasn't played. That could have been Fiji's year! 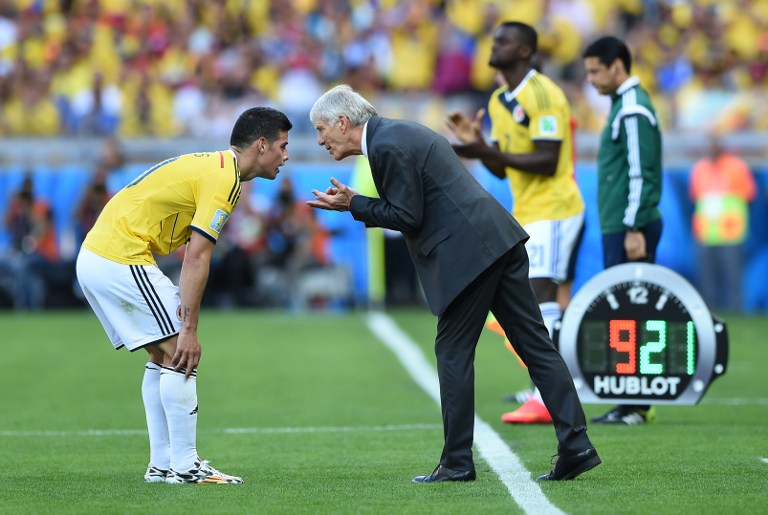 1. Outcome Oriented Player - As good as you may be on the eye or as great your game is from an analytics perspective what matters most is that you produce something in the final third as an attacker or the defensive third as a defender. All the fancy moves, passes, fitness and IQ is all good and well but if you aren't helping to produce or prevent goals and assists game in and game out your chances of playing in the mens soccer World Cup will be reduced to almost nothing. Without scoring or preventing goals and assists then you're just another player with some skill and a dream.

2. One Elite Physical Quality - To play at the highest level and one day suit up for the mens soccer World Cup you're going to have to be able to compete with the best physically or at least keep up. If you weren't blessed with the genes of a superior athlete there are still some things you can do to become elite at least one physical quality that the game demands. You need to have speed like Ronaldo, agility like Messi, strength like Van Dyke or superior conditioning like Kante. If you weren't blessed with athleticism in your gene pool you can always work on your conditioning to be at the elite level no matter what cards you were dealt at birth. At the highest level you need to have that one Wow physical attribute, what's yours?

3. High Work Ethic - Every player you see on TV playing at the World Cup got there through honest blood, sweat and tears with a animal like work rate to reach the top. Look around at your own club team and ask yourself honestly if you're the hardest worker by a mile. If you have to think twice it's probably a no, if you're not coming early or staying after training to work on your game you aren't even close to the work ethic necessary to play at the mens soccer World Cup level.

4. High Speed Of Play/Soccer IQ - The only thing that changes from level to level is how fast the game is played. The speed of which the ball moves, the players move and the speed of which decisions need to be made is what separates pro's from amateurs.

5. A Specialist - Sure it's nice to be able to play more than one position and do multiple things for your team but what coaches really want is a player that can do a specific job for them within their system. You can be the fourth best central midfielders on the team and best player on the bench but the other guy on the bench that can hit a perfect free kick or win aerial balls on a corner kick will play over you because they are elite at one part of the game. Coaches love players that have one outstanding quality that can affect the game either in attack or defence rather than a player that can do a little bit of everything but isn't good enough to start. Start thinking about what that one thing is you can become incredible at that no coach can deny giving you a little attention. 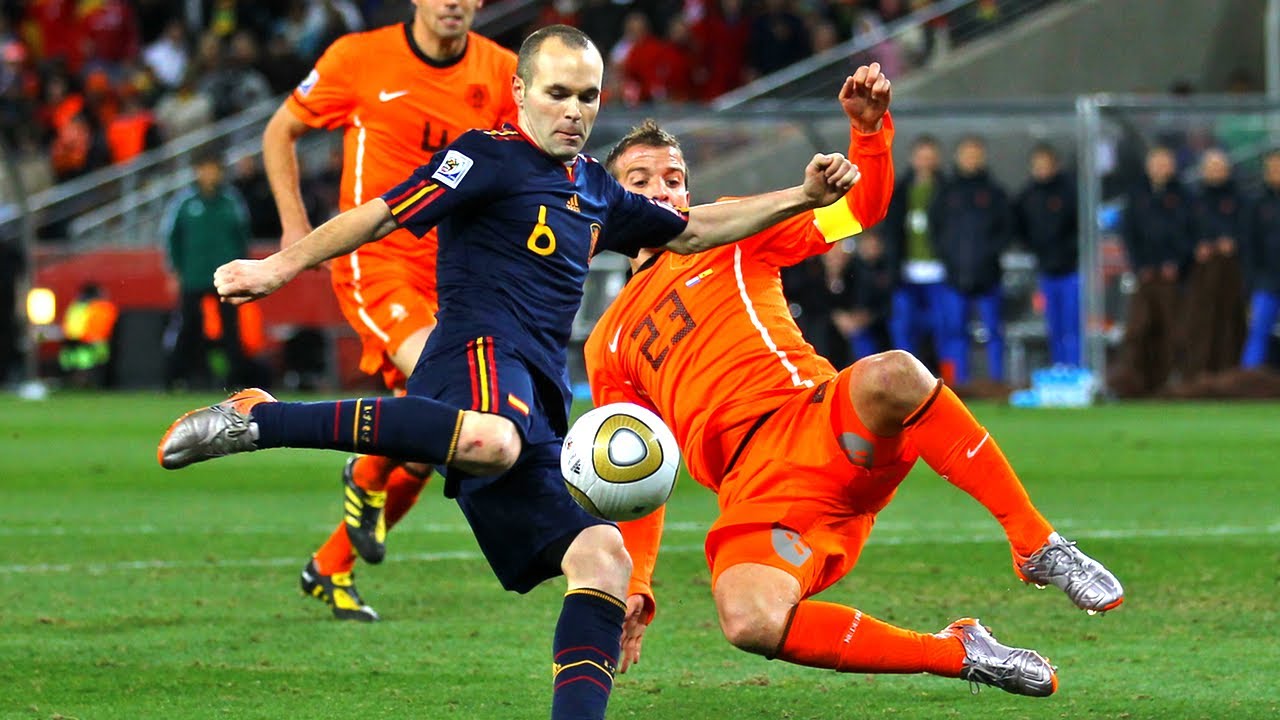 1. Sign With A Registered FIFA Agent - You're not going anywhere especially not to the pro ranks without some great representation. You need a legit FIFA player agent to get you tryouts, shop you around and help you negotiate and understand exactly what you're signing come contract time.

2. Obsessive Work Ethic - Unless you are dedicated to your craft every waking hour you're never going to keep up with players that are. All those players you see in the World Cup have worked like dogs to get there and you need to outwork them to have chance. Before practice, after practice, days off, late nights etc is what it takes to play with the cream of the crop.

5. Always Looking To Grow - Stop blaming coaches and other people for why you aren't where you want to be and have an honest look at your game and analyze what you need to work on. We all have room to grow and having that mindset is the first step to improving your game each and every week. If you're really serious you'll film your games and review them pointing out areas you need to work on then come up with a schedule to get the reps in everyday.

which country has won the mens soccer world cup the most times? 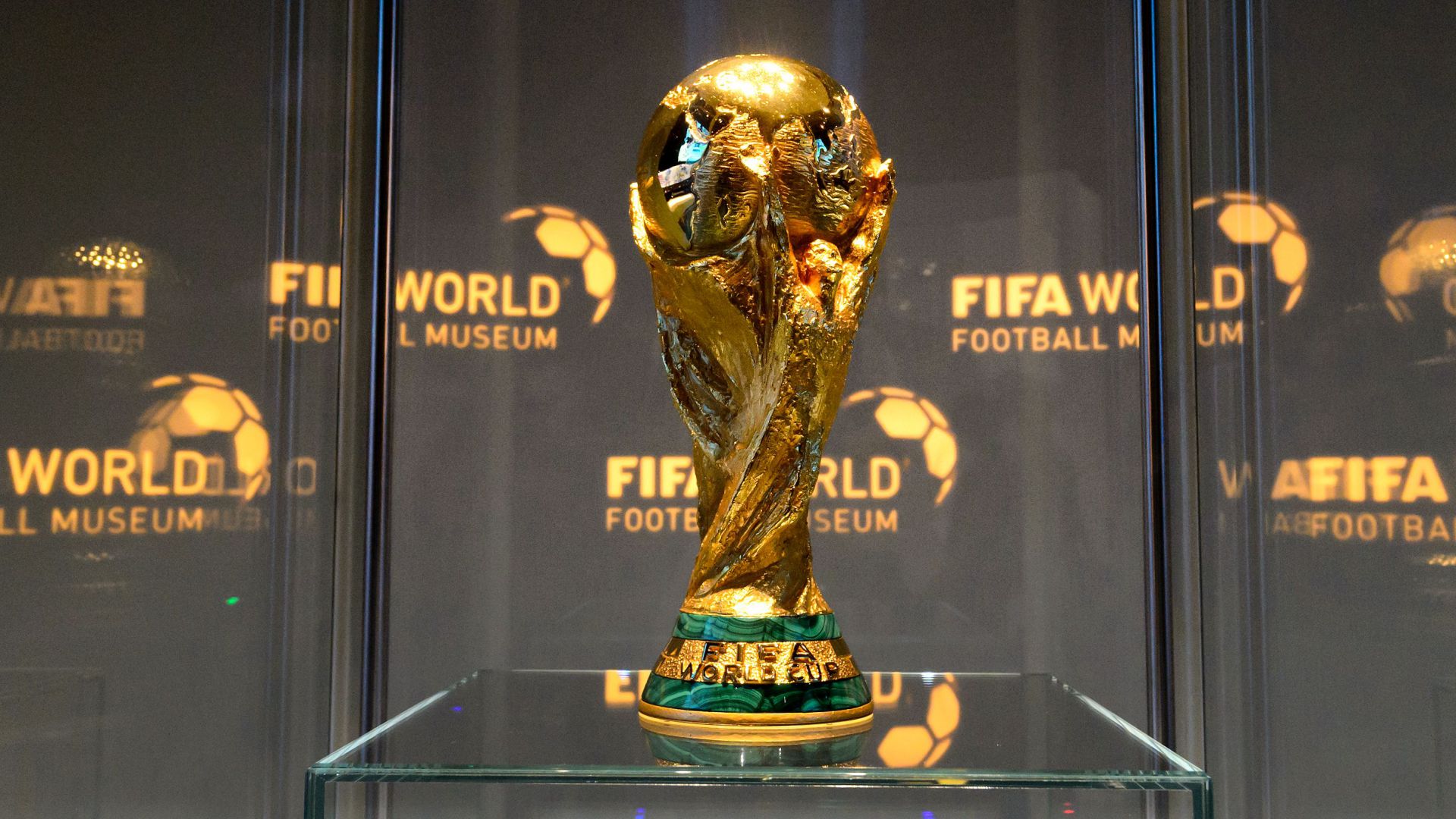 1. Stolen and Never Found - The original trophy was given to Brazil after winning the World Cup three teams and was later stolen out of their trophy cabinet. The four men who did it were caught and convicted of the crime but the trophy was never found. Since then replicas were only given out and not the original for fear of another theft of the soccers greatest prize.

2. Trophy Was Originally Named 'Coupe Du Monde' - A French sculptor by the name of Abel Lafleur designed the beautiful trophy and named it the Coupe Du Monde. Must be nice to be able to name the trophy that you make.

3. Several Different Names - The trophy we know today that is given to the winning country and team of the World Cup has had a few names over the years. It started off with Coupe Du Monde, then it was named after the Greek Goddess of Victory Nike, after that it was known just as the Golden Goddess, it was then named after Jules Rimet FIFA's third President and finally the FIFA World Cup Winners Trophy which it is called today.

4. Winners Don't Take Trophy Home Anymore - The official trophy known as the FIFA World Cup Winners Trophy doesn't actually go to the country who wins the World Cup. The original is kept in a vault in Zurich while a gold plated replica is given to the champions to keep and commemorate their incredible achievement.

5. Brazil Got To Keep The Trophy In 1970 - After winning it for a third time Brazil was awarded to keep the actual trophy because of their incredible achievement and dominance. Now that they are at five championships I wonder what will happen when they win their sixth?

For even more info on the World Cup, it's trophies and anything to do with qualifying or playing in the tournament feel free to read this page, FIFA World Cup Information.

who would win in a match, the world cup winning team or the champions league winning club team?

Great question, well of course the answer depends on which year and which respective champions are we talking about exactly. If you think about it a club team has the best players from a large pool of different countries so in a way they could be an all-star team of all the best countries. On the other hand the connection, chemistry and style of play that comes with having a team full of superstars all from the same country like Spain or Brazil is no doubt undeniable. I honestly think it is a coin flip and it comes down to which team has played together longer, has developed that country and which team has the better coach. My money would be on the champions league club team to win because they will have a top coach, top players and many more games under their belt together than a national team may have with only a short camp together. 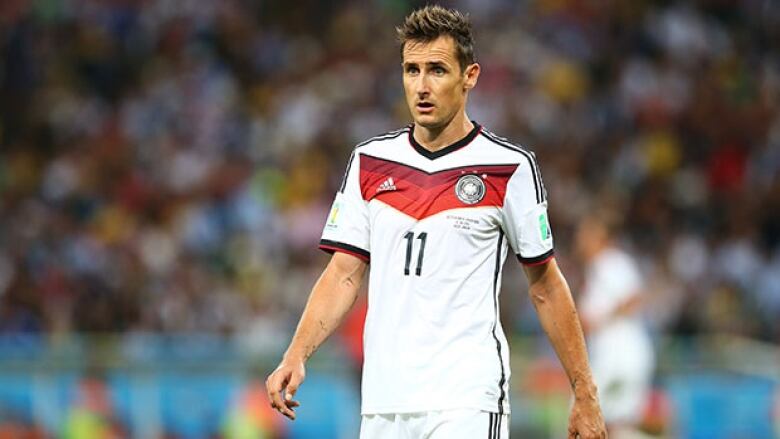 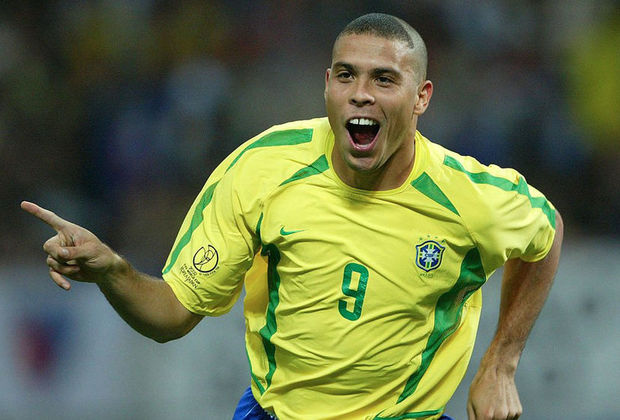 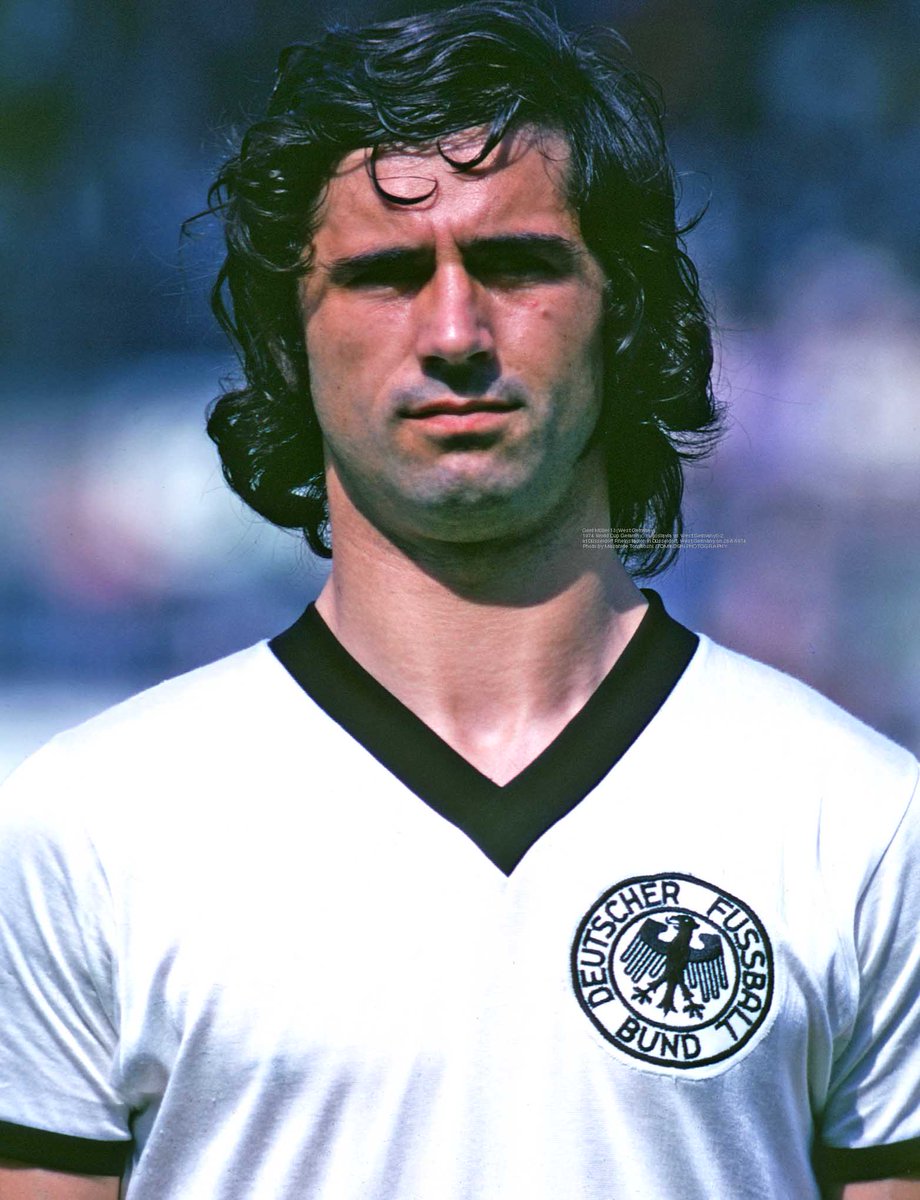 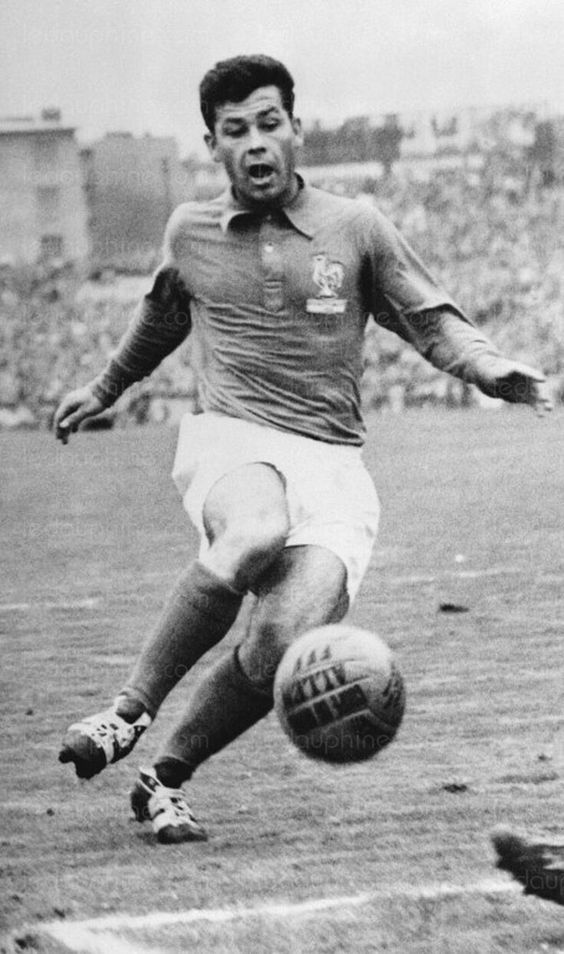 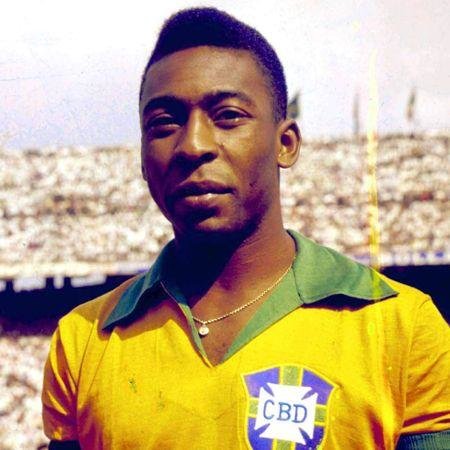