got that Long Pass in your arsenal? 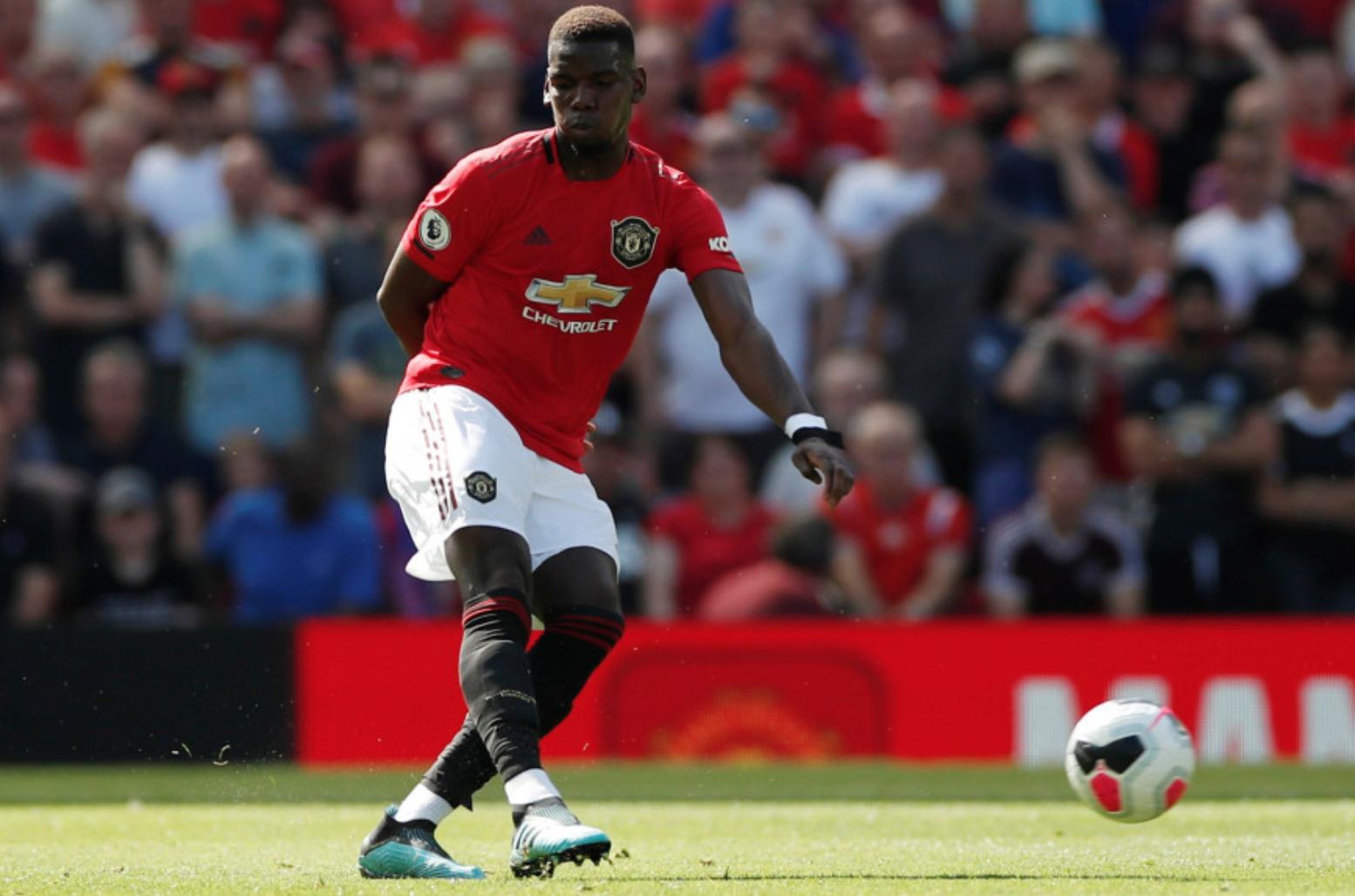 Who needs a Long Pass when you've got short ones? Right? Wrong! The best pass in soccer is the longest pass that still maintains possession. Being able to hit the long ball is an attribute all great players possess, especially the ones in the middle of the park. A big ball can relieve pressure, isolate players 1v1 and be played over the top for a direct scoring opportunity.

What does it all mean? Hitting the ball long takes pin point accuracy, leg strength and an unteachable quality known as vision. Gotta love those unteachable qualities, Zidane will tell you all about them. So enough chit chat, check out the video which will give you an example of a great long ball played in over the top for a goal, then it's your turn. For those of you who can't, there's always xbox.

learn how to perform the long pass video

top 5 things to remember about the long pass

1. Over Hit! - Nothing worse than a ball being under hit, the defenders collecting it and hitting you back the other way. Until you have this skill down with your eyes closed (not literally) always over hit it the ball and avoid the risk of interception and worst case scenario you are engaging their goalie and putting them under pressure.

2. Get Under the Ball - You want to give the ball some good air under it to clear any defenders in the way and give your teammate time to decide how they are going to collect the ball. If the ball slowly and gradually ascends upwards you are running the risk of opponents getting in the way and other types of deflections. Aim under the ball like a golfer getting under the ball in the sand bunker almost, you want to try and get under the ball to give it that backspin and loft it up.

3. Diagonal vs Vertical Pass - Now you've got decide if the ball is diagonally (sideline to sideline) to a teammate or vertically (over the top) to them. If hitting from side to side or diagonally more often than not you are aiming directly for the target. You are looking to hit them in the chest or right on their foot to keep possession. When going vertically over the top (a breakaway to goal is an example) look to aim for the space in front of the target, about 7-12 yards so they can run on to it and take it in stride. Now if it's raining you will probably need to make that lead ball a little closer to the target so it doesn't skid away.

4. Plant Foot - Be sure to have that foot that isn't hitting the ball about a foot away from the ball and pointed in the direction you want to hit this long pass. It acts as your balance, power and a guide for accuracy don't underestimate its importance. Try hitting a ball while it's loose or pointed in another direction then you'll see how much it's worth. The timing of planting your foot before the other hits the ball needs to be synchronized and and the plant foot one fraction earlier than the other foot. Practice without a ball a few times just to get the timing down right.

5. Foot Angle - Your actual foot needs to be at pointed roughly on 45 degree angle and outwards. You are trying to hit under the ball with the top part of your foot as it is tilted outwards. The spot on the foot makes such a difference as one bone will hit the ball in a completely different manor and direction. This is going to take some time to get that spot just right, the spot is on top of your foot but also about centrally down the length of the foot for most while others like it closer to the ankle. See what works best for you and be open to trying different parts of your foot and on different angles of it.

top 5 things to avoid about the long pass

1. Loose Foot - Really flex that foot down and outwards so it's a solid object like a golf club. From there you can adjust your angle and approach but flexing that foot down with your toe pointing down and out is an important piece of hitting the long pass of your dreams. The more unstable that foot is the more issues you're going to have of finding your sweet spot on your foot to hit long balls today, tomorrow and always.

2. Looking Up Entire Time - Quit admiring your pass so much and worry about the right technique of making solid contact, placement of the foot and plant foot stability. Looking up too soon to admire your long pass may compromise the pass itself so wait until the ball is about half way to the target to start taking selfies with your pass. All you need is a quick look before then focus on what you need to do to get a quality pass to your pal.

3. Forcing It - If it's not on, it's not on. Just because you like hitting them or your teammate who isn't actually open at all is screaming for it that doesn't mean it's the right choice. Pick and choose your spots, go for completion rate over usage rate. Some of the best decisions we make are the ones we don't choose and in the case of the long pass be sure it's on before you go start launching balls all over the place.

4. No Power - Without the right force hitting the ball not only will it not go as far as you want but the loft you need to get it in the air won't happen. Be sure to hit it with more power than you think then slowly scale it back as you get used to hitting this long balls. Power isn't just generated from your leg strength but the momentum of which you step into the pass so make sure you are taking a couple of steps prior to hitting it to generate that extra bit of power.

5. Too High - It's a bird, it's a plane it's.. it'sss your ball. Be careful not to sky it too high where it turns into an easy header for the opponent and causes more trouble than good. Enough height to clear the tallest defender by a few feet but low enough where it can get to the target as quickly as possible before the defence can fully adjust.

a few more Things to Remember about the Long Pass

-Really hit the ball, don't try and take some off, the faster the better, no daisy cutters here

-If at first you don't succeed? Try try again, keep looking to play that big ball in because of how effective it can be

WHAT'S THE BEST WAY TO PRACTICE THe long PASS?

Well as you can imagine the best way to work on the long ball is to find a friend or teammate before training and starting pinging a few with them. Use this time to work on all the fundamentals above then slowly start to choose where you are going to aim for on your teammate. For example just hit it in their general direction first at about 20-30 yards apart. After you're comfortable with that maybe extend the distance some more, then finally say to yourself, I'm going to hit his right foot, or chest or knee and so on. Getting it to them is one thing but being able to aim accurately exactly where you want the ball to go is the next step.

If you're alone no problem, you can use a wall or set up some targets around whatever space you're using. The wall will give you lots of reps and you can slowly start to aim for different bricks or marks on the wall to improve your accuracy. You can also use the wall to work on your power as you can say you want to hit it to your own foot or in front or behind you.

If you're out in the field set up garbage cans, shoes, your bag or whatever else you can find. Receive the ball, take a touch out in front of your and aim for different targets around the field, bring more than one ball if you have it so it doesn't turn into a fitness workout.

should i be going for height or distance when hitting a long ball?

Well a little from column A and a little from column B is what you're going to need to make this work just right. Not too long and not too high, but if you're still learning you will want to overhit both. That's right hit it longer and higher than you think you need then adjust from there until you have it at a height that can get over the defenders and a distance that your target can reach. Overhit first, then adjust over time.

If you're looking for more info on the long pass have a look at this great article about The Art Of The Long Ball.

why do some people call it a "ping" or "pinging it" when
you hit a long ball?

You've probably heard around your team and the soccer circles that a certain player has a nice ping or someone say he/she can really ping it. This is of course referring to hitting a long ball in soccer right on the money long, hard and accurately.

The word and saying comes from when a golfer hit's a long drive perfectly and it makes that "ping" sound of the club hitting the ball so sweetly. So now you know, off you go bragging to your friends what it means and where it came from (but you know all along of course). 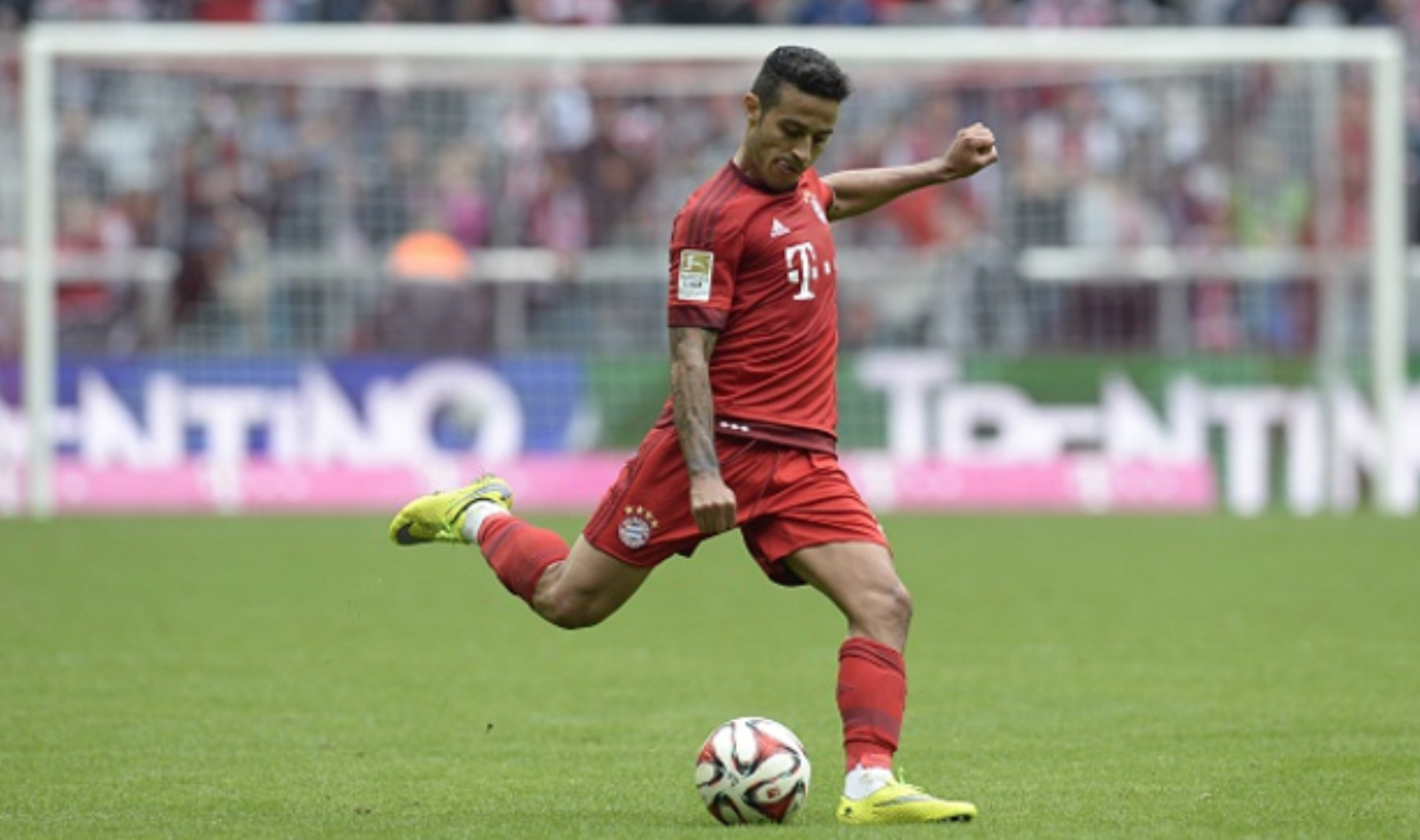 Which Positions Should be Practicing Hitting a Long Ball in Practice to Use in an Actual Game? and Why?

Well every position should be able to hit a ball in different ways and vary their service but three positions in particular should have this to really get the most out of the position.

Short pass, long pass and every other kind of pass should be in the arsenal of a great center mid. Playing strikers in, swinging the ball from one side to the next and finding outside mids diagonally should be a censer mids bread and butter. A great centre mid is the swiss army knife of distribution.

Sure clearness, winning tackles and being a vocal leader are primary roles of the centre back but the next level centre back can also hit deadly long balls. Over the top and out wide a centre back through the duration of a game has chance after chance to hit a long pass into space, so develop it if you haven't started already.

Really? the goalie needs to be able to hit a long ball you may be thinking, yup sure does. Not only goal kicks but believe it or not the goalie gets the ball at their feet a lot during a game and when they do get it they need to able to pick out players down the field.

The keeper as much as anybody else needs to able to hit long balls over the top, into gaps and diagonal balls to flank players, if you thought being a great keep was just about using your hands, think again.