can the italian national soccer team win the world cup? bring back totti!! 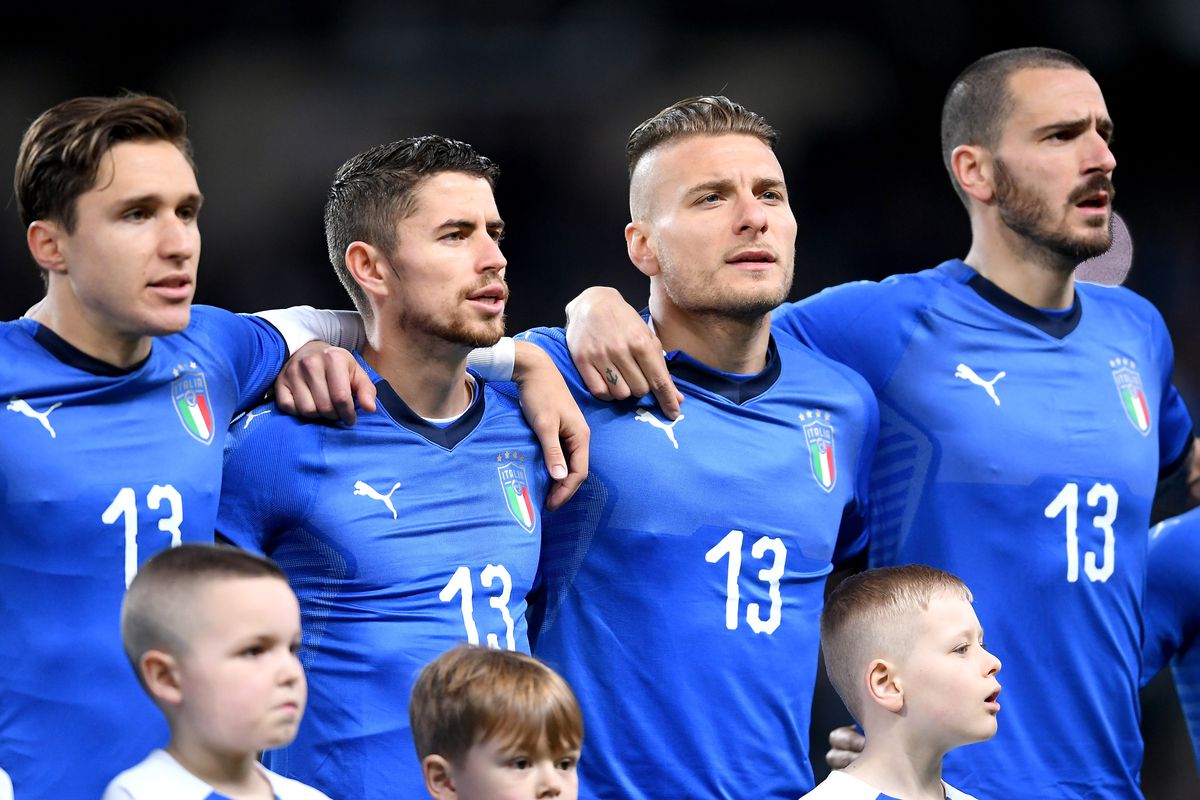 If you've ever dreamed of wearing your teams national team jersey and scoring a goal on the international stage I'll talk about some characteristics and playing style the Italians are known for that can hopefully rub off on your game a little bit. If you've ever wondered which clubs in Italy produce these fantastic players past and present you'll learn more than you need to know about why they keep turning out impressive Italians on the world stage.

For now just sit back and relax while you enjoy your bowl of pasta reading about the beauty that is the Italian national soccer team, oh and if anyone asks why you're always eating pasta just tell them you have a match tomorrow and are trying to fuel up! Buon appetito!! 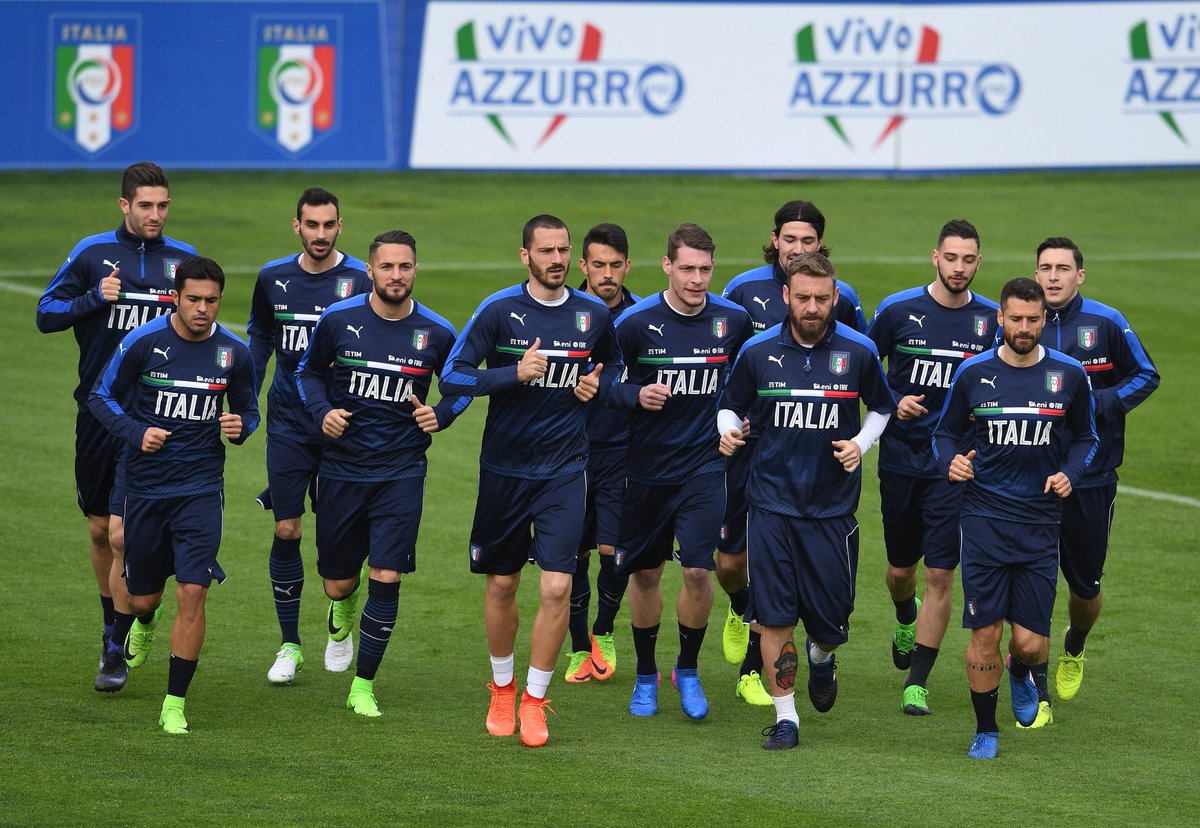 1. Commitment To Defending - The hallmark of every Italian national soccer team has been their incredible skill and commitment to playing defence. As the old saying goes "defence wins championships" and it rings true for the boys in blue. Italy is known for producing fantastic high IQ defenders who can defend as a unit and one on one, when you couple that with great goalkeeping like they seem to always have the Italians are a force to be reckoned with at every major tournament.

2. Play With Incredible Passion - If you've ever seen a player from the Italian national soccer team stand before a match and sing a long to their national anthem you know exactly what I'm talking about here. The Italians are second to none when it comes to pride and patriotism for their country and it really shows when the whistle goes and they leave their heart and soul out on the pitch.

3. Historically Great Strikers - As nice as defending and coaching and all that other stuff that's important is, there is no replacement for true goal scorers that just know how to decide games with an eye for goal. The Italian national soccer team has been littered with incredible goal scoring strikers such as Roberto Baggio, Alessandro Del Piero, Giuseppe Meazza and Luigi Riva to name a few. If you look back on the history of every great team that has won a world or euro cup you are sure to find a true lethal goal scorer leading the lines for each of them.

4. Goalkeeping - Whether it's Buffon in goal or Dino Zoff you know it is going to take a special type of action or shot on goal to beat one of these historically elite keepers. The Italians have always been blessed with keepers of the highest level which is a big part to their dominance on the defensive side of the ball for so many years. The Azzurri have found the two most important positions to develop to become a successful national team and that is goalkeeper and center backs, the backbone of any great defensive side.

5. Top Coaches - Marcello Lippi, Antonio Conte, Trapattoni and the great Vittorio Pozzo, the Italians have always had a true mastermind behind each of their national teams from the beginning of when it was formed. Every great team needs great players of course to execute the game plans and score the goals but every national team to win a title has had a true genius pulling the strings and the Italians are no exception. When you mix top players with top coaches you are destined for greatness. 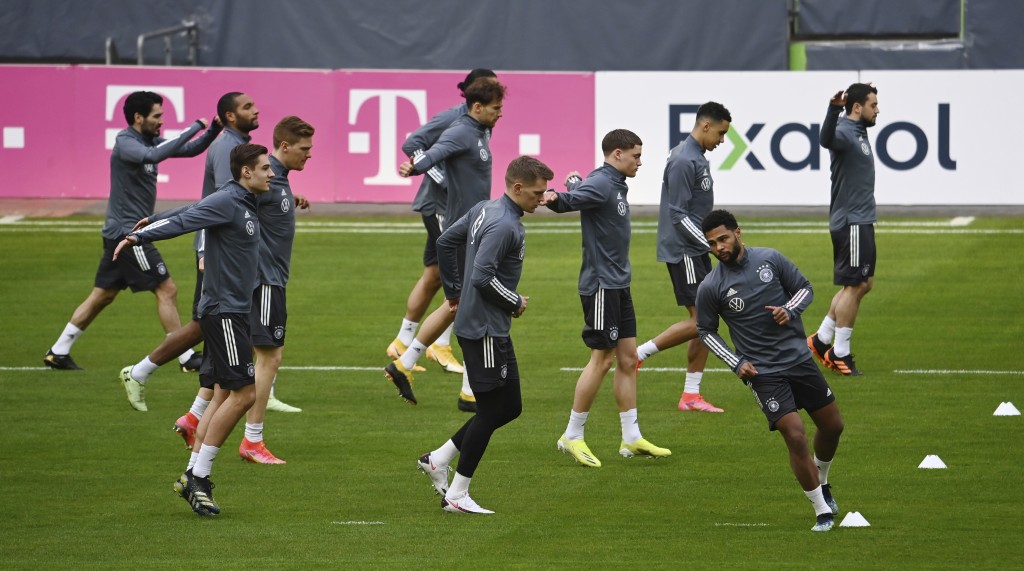 1. Outwork Your Teammates - There is no elevator to success, you have to take the stairs. You've got to ask yourself if you're the hardest worker on your team and if you're not you need to start coming in before and after practice to work on your game. Every player that plays for their national team has outworked everyone in their path to get there including their own teammates. A work ethic that is second to none is the foundation for any great pro player, make it yours too.

2. Develop Both Feet - To truly become an all around player you need to be able to perform every pass, touch, shot, dribble and tackle equally with both feet. Developing both feet will open up doors in the game you never thought possible, "if only it were on my good foot!" is a saying that should never come out of your mouth. Defenders will have a nightmare trying to shut you down when you increase your range of skill and being able to use that skill going to your right and left.

3. Master The Key Patterns Of Your Position - Every position has certain skills, runs and overall patterns that happen about 70% of the time over and over again. You need to find what those key skills and movements are and work on them over and over again, if you're a winger it may be dribbling to your right and crossing, for a center back it may be clearances and driven diagonal passes for example. Next time you watch your own game or a pro game look at your position and see which patterns and skills that position uses constantly. No point of working on crosses if your a striker, it may only happen one time a game, work on the moments of the game that keep showing up in your position game after game.

4. Be The Fittest, Period - We can't control so much about the game including the opponent, weather, the officials, your own playing time and even the physical gifts you were born with. But every player can control how physically fit they are and what level of cardio they possess. There is no reason you can't be on a fitness plan that makes your numbers jump off the page and stand out amongst every player you face. Put the extra work in and add pro level fitness before you even make it to the pros.

5.  Review Your Games - Most players go about playing game after game without ever critically reviewing their performances, how can you expect to get better if you never see where you need to improve? Sure you may think you played great and are a player with very few flaws but what does the tape say? And how many other players are doing this to separate themselves from the competition. Next time you play a game get the tape and take an honest look at your game and pick out the things you did well and the areas you need to improve on. Only from this exercise will you truly understand what type of growth is needed in your game to make the jump to the next level. While you're at it have a coach or someone's opinion you trust review a couple games as well and have them give you their honest opinions, now you will have all this incredibly useful data about your own game that can help you focus on improving certain areas of your play. When this becomes a habit you will start to see the steady rise of your game, plus everyone plays better when they know they are being taped so there's that. 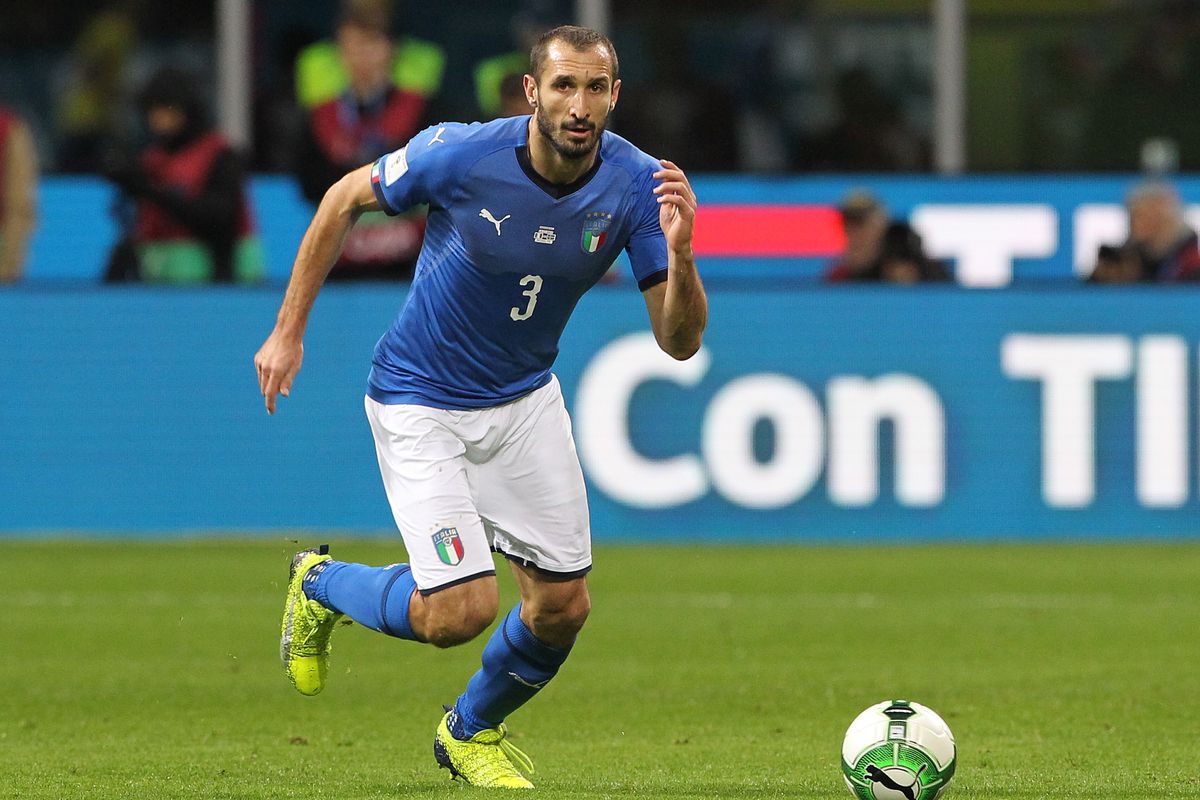 1. High Work Rate - No matter the position and no matter the player one thing you can always count on with the Italian national soccer team and their players is a work rate like no other. On either side of the ball the Italians know how to role up their sleeves and work like dogs for 90 minutes and if they lose it wasn't because of effort.

2. Skillful - Whether it's the back line, midfield line or forward line they all seem to possess a high level of skill with their first touches, second touches, controlling passes or volleying balls one time in the back of the net. There is never a shortage of skill when it comes to assessing a player on the national team for Italy.

3. Finishing Ability - In and around the box players on the Italian national soccer team always seem to thrive and not just strikers either! Good, bad or ugly they always seem to be able to put the ball in the perfect place with their foot, knee, head, shoulder or any other part of their body. The most important thing in the game is putting the ball in the net and they have been blessed with several players over the years who know how to do just that.

4. Masters of the Dark Arts - We all saw what Materazzi did to provoke Zidane in the World Cup final and no matter what side you are on about the whole head butt situation many believe his ability to poke Zidane into losing his head won them the title. Drawing fouls, provoking the other team, wasting time, faking injuries etc are the type of dark arts the Italians have become synonymous for. Like it or not they are all a part of the game and the Italians have used every inch of these to their advantage and they have the silverware to prove it.

5. Set Piece Composure - Whether it's Pirlo hitting a free kick for the Italian national soccer team or any other player scoring a penalty kick for them the Italians tend to be cool, calm and collected when it comes to the nerve wracking moments. All players have that fear of making a mistake or losing the game for their team when they step up to take a penalty kick but for whatever reason the Italians just seem to have nerves of steel in the biggest moments.

For more in depth information about every player on the Italian National Team past and present feel free to find it all here. 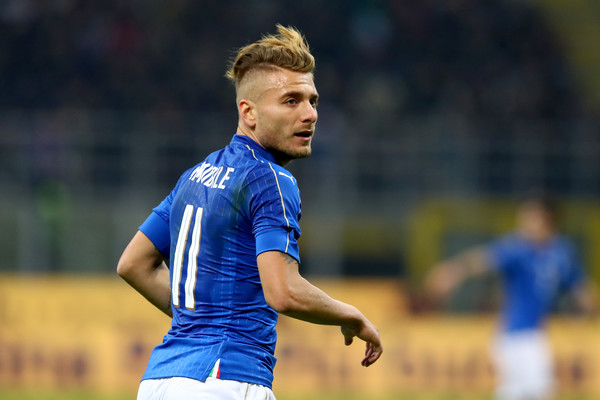 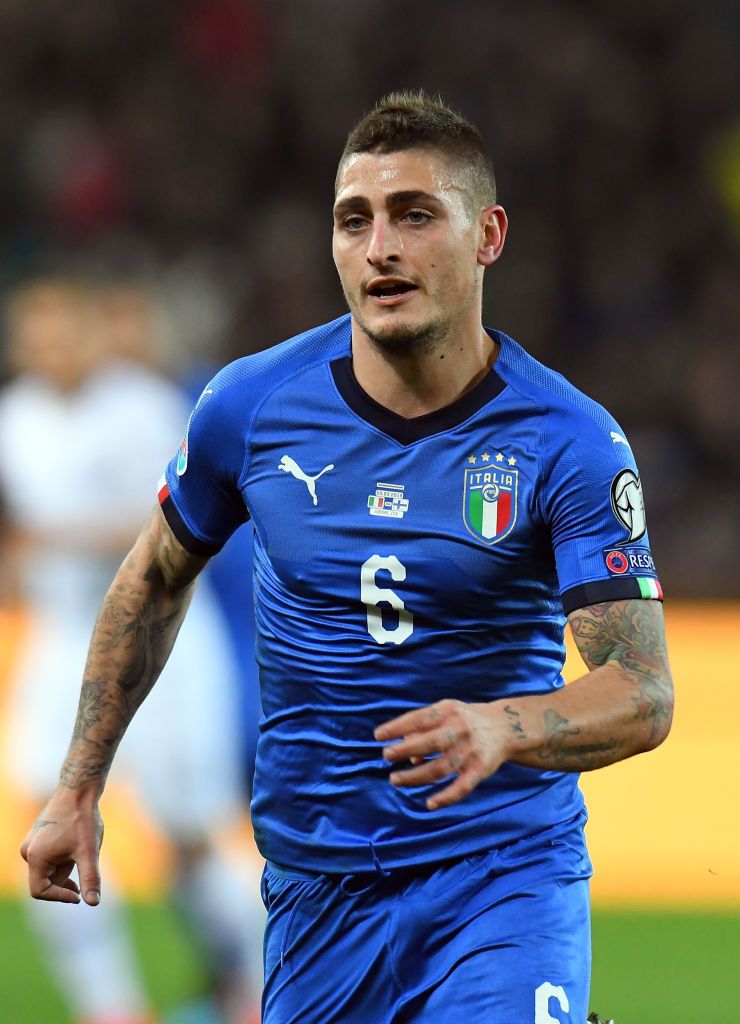 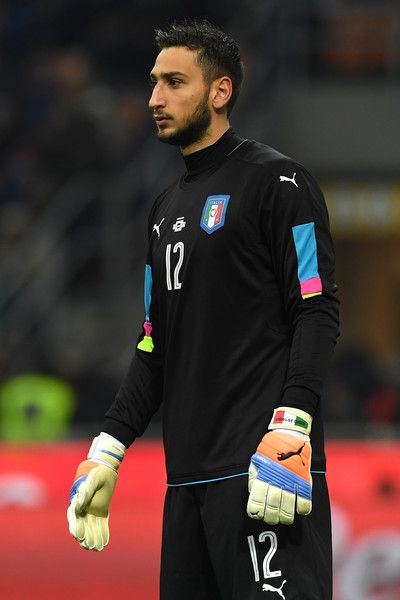 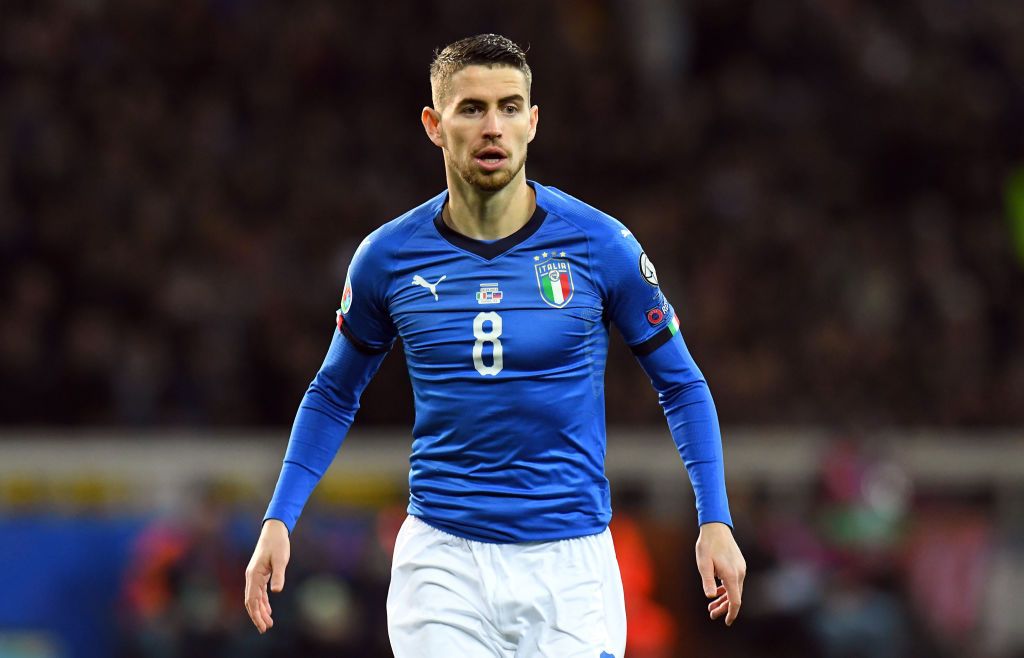 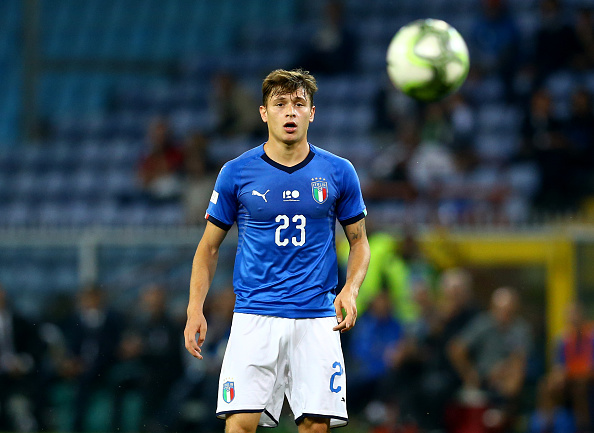 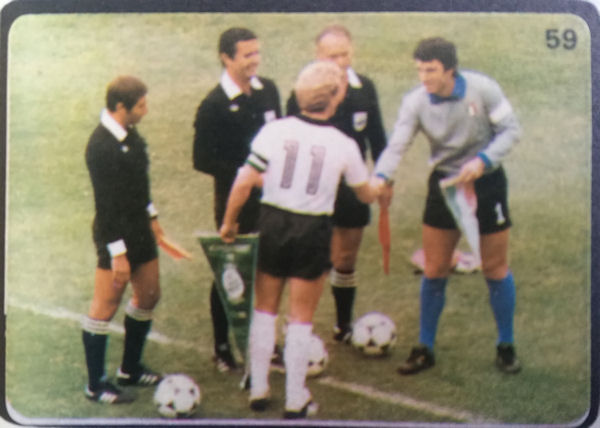 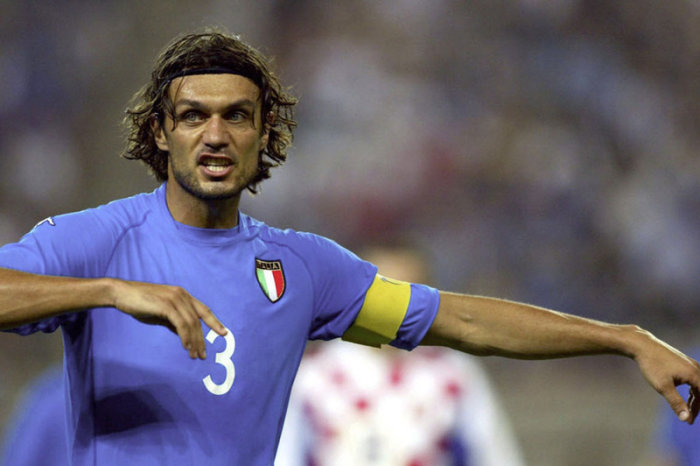 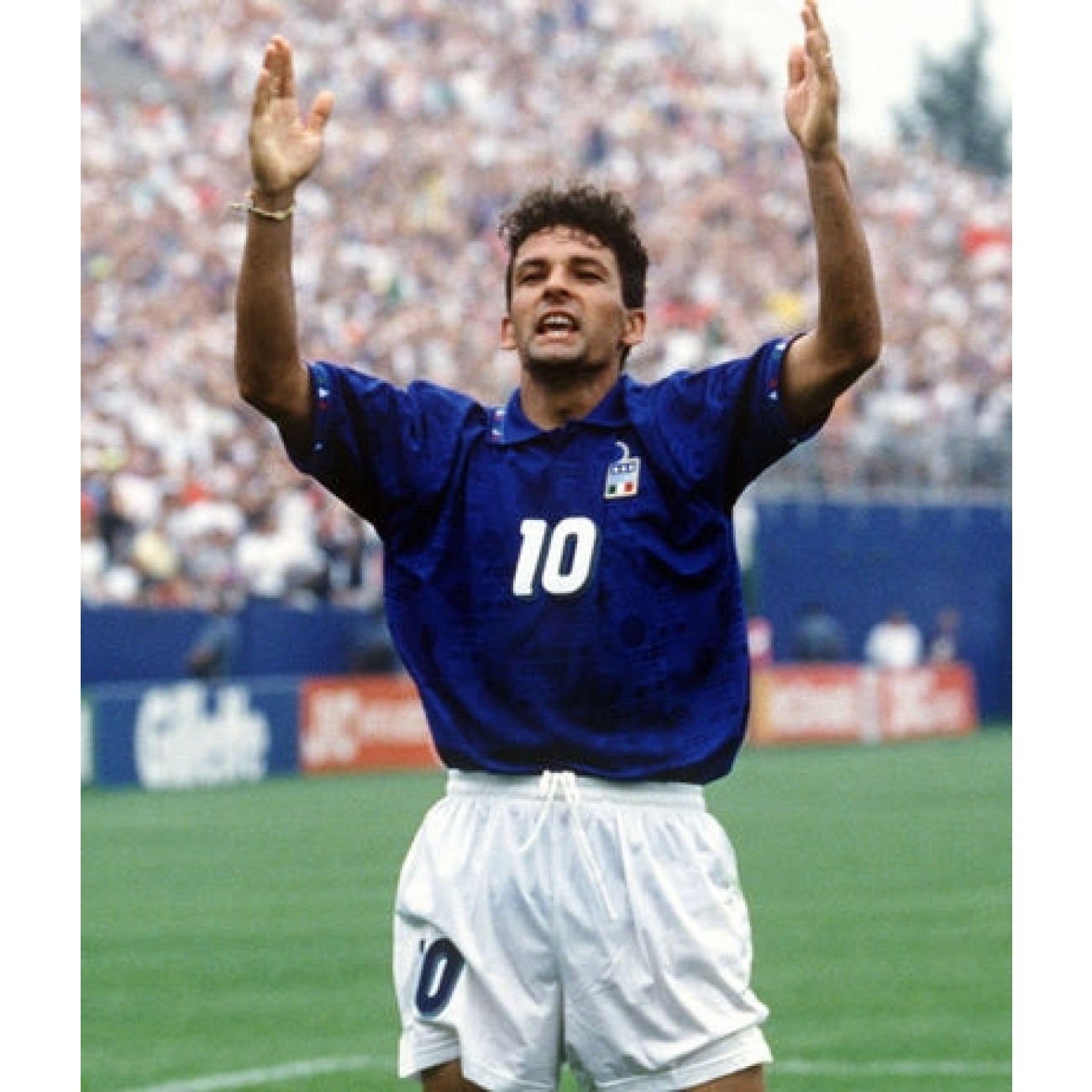 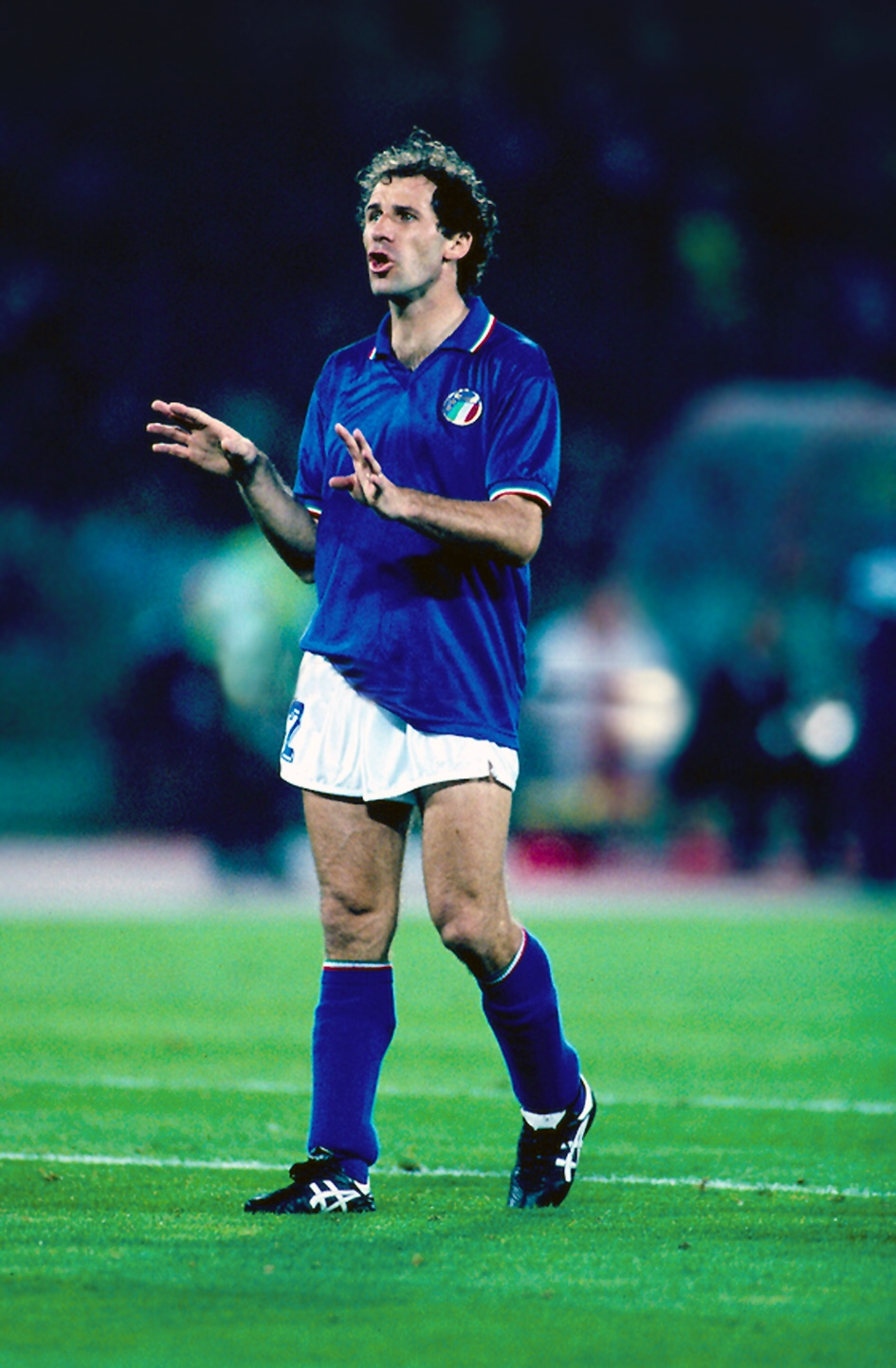 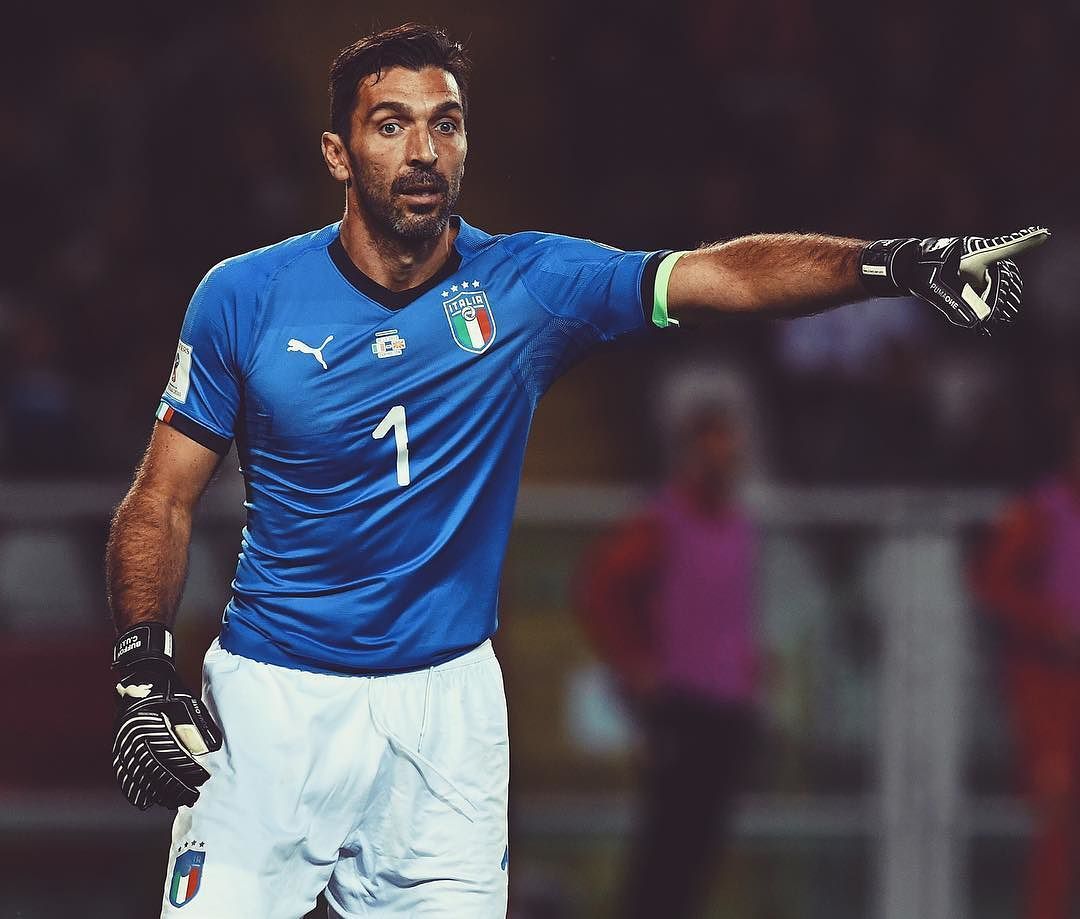 how can i have a chance at making the italian national soccer team?

Making a national team for any country is never a perfect straight line to get there and the Italian national soccer team is no different. First off and I hope this goes without say you need to be Italian born or have an Italian citizenship to be considered and eligible to play on the team. Depending on what age you are you're going to want to start getting in contact with some agents to represent you who have the right contacts that can start placing you and giving you tryouts to the top teams. This brings me to my next point, the best players in the world or on top teams, it's rare for national team players to be selected from 2nd division teams or even from lower 1st division teams. Lastly you have to be among the top 5 best players in your league to have a shot. No matter what level you are currently at if you can't say without hesitation you're among the top 5 players in your league you've got a lot of work to do. Of course being selected to the Italian national team is essentially the choice of the coach you need to have an elite work ethic to get an agent and play for the top teams to be selected, there is no substitute for putting your head down and putting in the work, good luck young Totti!