wow what another great save from iker casillas!
how can i get that good? 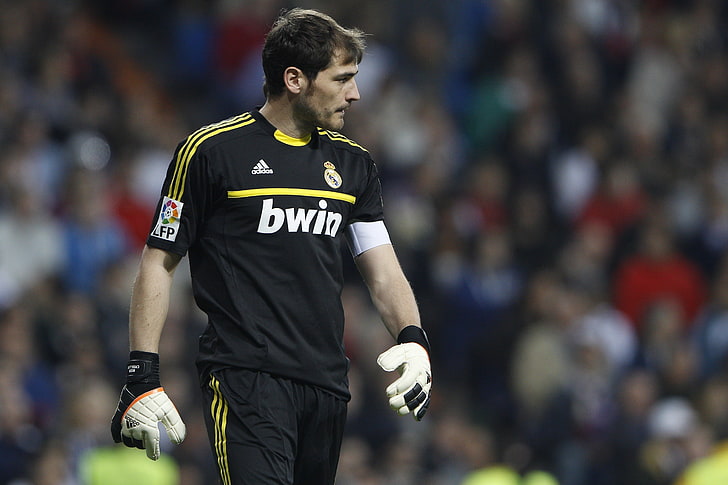 Iker Casillas with another amazing save and Spain wins the World Cup!!!!! Not a bad intro right? Iker Casillas the Spanish goalkeeper who was so incredible to watch left us with some incredible memories throughout his career. It's one thing to watch and admire him and totally another to learn how to improve your game by watching and analyzing everything that he does. If you're looking for tips and advice on what made Iker Casillas so great and how you to can improve and try and get to his level then then you've come to the right place.

Not only was he a master of his craft between the goal he was also plain and simple winner, he has won every team trophy that exists at the club level and of course the European Cup and World Cup with his national team Spain. Although his career is littered with success not all good things end well, a bit of a messy ending to his legendary time at Real Madrid lead to some bad blood and a tough breakup that left him and the world in tears. For the entire story from his greatness, ways you can play like Iker and how it all came to an end all below so kick back, relax and enjoy the brilliance that was the great Casillas.

1. Anticipation - Whether he was jumping off his line to stop a breakaway or collecting a ball off of a cross Iker's ability to read the game and anticipate the opponents every move was second to none. Understanding and knowing how the play is going to develop before it does is an incredibly valuable skill to have as a goalkeeper. The fancy dives and goal line saves may look the best one the eye but the keepers that can put themselves in positions to stop the danger before it happens is true soccer IQ.

2. Athleticism - Most people don't associate the word athleticism when they think of Casillas but his ability to shift laterally and fly through the air to save shots was an attribute that went unnoticed in his game. Whether it was for Spain or Real Madrid Casillas was able to move in any direction at a rapid pace and dive through the air with his god given athletic ability.

3. Distribution - His ability to be able to start the attack with short throws, passes or long drop kicks are also what make him quite unique. It's one thing to be a great shot stopper and keep your team in it and a completely  other thing to be able to initiate the attack as well. To be in the elite bracket of goalkeepers you need to have no holes in your game and distribution was never an issue with Iker Casillas.

4. Leadership & Communication - You don't become the captain of two championships teams like Real Madrid & Spain just because you look good holding up the trophy. His ability to be a quiet leader that led by example with his incredible work ethic, passion and humility were a couple of the reasons he wore the arm band for both club and country. If you've ever watched him play you can constantly see him instructing his team non-verbally with his arms organizing them in every which way or vocally with his mouth to best adjust and motivate his team through the good and bad times on the pitch.

5. Big Saves In the Biggest Moments - Not all saves are created equal, it's one thing to get a clean sheet playing against Fiji and it's another to stop a penalty kick or a breakaway in the finals of the World Cup. Iker Casillas had the ability to not only make great saves throughout his career that would amaze us but he always seemed to come up with the big save when his team needed him most, that is the difference between a great keeper and a world class one. 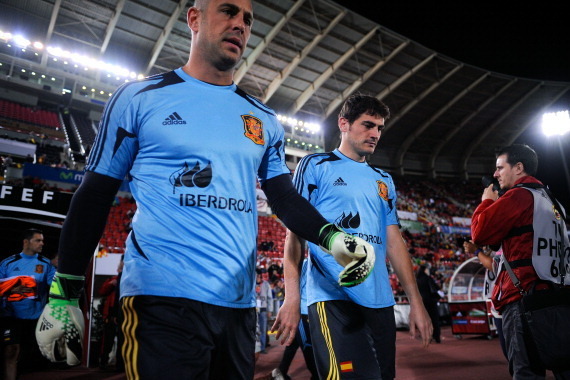 1. Dedication - You don't get to the top of any profession without a passion and commitment to what you're doing. Casillas was the model of dedication to his craft for one club for the majority of his career day in and day out.

2. Professionalism - Carrying yourself on and off the field is an important quality he had and carried out with pride because he knew the importance of representing yourself, your family and your club in a manor that projects a good image to all the supporters world wide. Whether it was showing up early for training, defending his teammates in the press or sportsmanship towards the opponents Iker Casillas knew the importance of his reputation both on and off the field.

3. Work Ethic - Nobody makes it to his level with out the desire and hunger to improve every inch of your game day in and day out. When it comes to work rate there aren't many keepers that can hold a candle to Casillas. You don't play for one club for over 16 seasons without coming in incredibly prepared year after year like he did, he was the gold standard for consistency and work rate.

4. Selflessness - It's easy to be up beat and selfless when you're playing all the time (which he usually was) but you show your true character when the back up does well or when you're the back up (which he was in the ladder part of his career) cheering on the number one. Having a selfless personality and caring about the teams success above anything else was a quality he had until his very last game.

5. Leadership - Whether it was captain for Spain or Real Madrid Casillas knew how to carry himself both on and off the pitch, leadership is partly how you act when everyone is watching but mostly when nobody is. Whether it was having a heart to heart with a veteran player or putting an arm around the shoulder of a younger player Casillas knew how to treat every player top to bottom with respect. A true sign of a leader is when several different coaches rotate in and out of the club and they all decide that he should continue to be the captain. 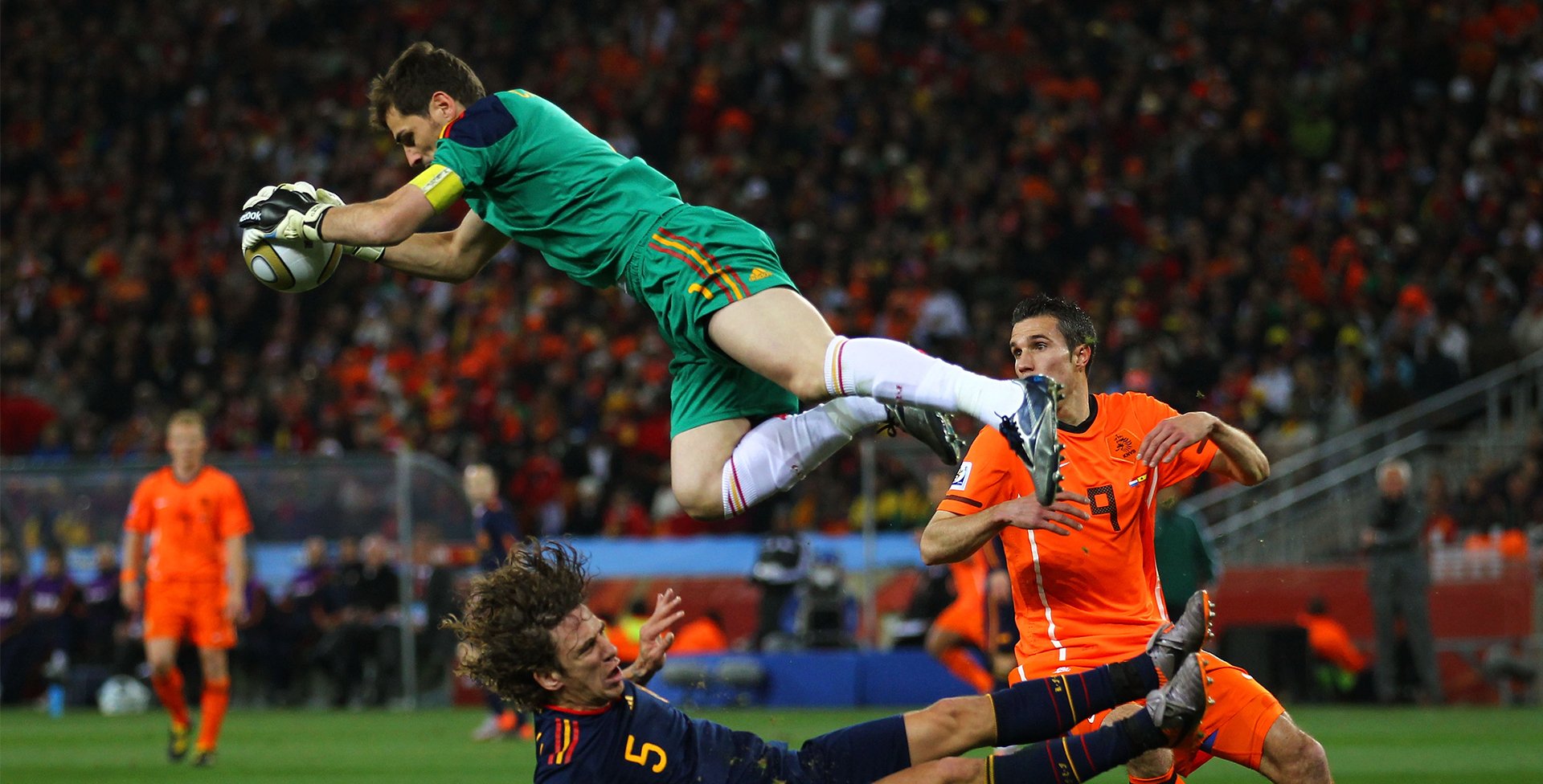 1. Outwork Everyone - If you want any chance of becoming the best player on your club team and making the jump to the next level you have to clearly far and away be the hardest worker on your team. There are a couple ways to check if you are, ask yourself if you're their early at training working on your game an hour before and an hour practice is done, if the answer is no your work ethic is average at best. Then ask yourself how many days a week when your team isn't training are you intentionally working on parts of your game, if the answer is zero again then you have no chance of separating yourself as the best player on your team or in your league. All the pro's (including Iker Casillas) that you watch on TV didn't get their by fluke, every single one had the highest work ethic on their team by a mile and that's why they made it to the level they're at.

2. Analyze Past Matches - To be a true student of the game and understand where you need to improve you should get into the habit of watching your most recent games and picking apart your performance. Look at the areas where you did well and more importantly the areas where you can improve your game. Could you have been quicker off your line? Should have made that save or could have organized your back line a bit better? Whatever the case may be you need to very critical of yourself to understand where and how to improve game after game. I bet none of your teammates are doing this at home, another great way to separate yourself from the pack.

3. Work On Your Weaknesses - It's easy to feel good about and continue to get reps on the the skills that you're good at but do you have the discipline and drive to work on all those areas of your game that need elevating? For some it is their non dominant foot distribution and for others it may diving to one side, no matter what it is you need to tirelessly work on those areas to make your game fail proof. If you don't feel comfortable failing at team training by working what you're not good at then use 100% of your training on your own to work on all those areas that need a boost, this is the best way to become a complete player in your position.

4. Work With Individual Goalie Coach - A great way to get more dedicated reps as a keeper is to have a personal goalkeeper coach you work with outside of your teams training. During training and especially in games keepers don't get many reps to improve their game but if you couple team training and games with a personal keeper coach two or three times a week you'll be getting in all the reps you need to grow your game ten fold, plus you will be breaking away from all the other goalies your age who aren't working their butts off like you. Let's gooooo!!!

5. Eat, Sleep & Recover Like A Pro - There's an old saying that says "don't wait to lift the trophy before calling yourself a champion". What this means in this context is don't wait to sign a pro contract to start acting like a pro because most likely that day will never come with that attitude. Start training, eating, sleeping and overall treating your body like you're already playing at Barcelona or Man City. The sooner you start acting like a pro in all walks of your life the closer you'll get to becoming one, you're never going to catch them if you keep doing what you're doing and waiting around for Pep to knock on your door.

I'm not crying, you're crying! For any fan of the game this is a tough watch to see one of the greatest keepers ever essentially leave his boyhood club against his own will. You can see the passion and love for the sport in every word he says and you can't help but feel for him as he never got the true send off he deserved for all that he did at Real Madrid. Essentially the coach at the time (Jose Mourinho) wanted to go a different direction with the keepers and created a rift between himself and Casillas who was demoted to the back up keeper role.

Although the details never truly came out what seems to be a lack of respect and open communication with the club legend from Mourinho that ultimately lead to Iker Casillas time at Real Madrid ending and the club not renewing his contract. He ended up playing at Porto in Portugal for a few seasons before retiring with a heart condition, still one of the greatest ever to do it Iker left the game on his terms which not many people can say they did.

is iker casillas one of the greatest goalkeepers ever?

Well if he isn't he definitely should be. I can't think of another keeper that sustained such a high level of play with their club and country for such a long time like Iker Casillas did. He is without a doubt in the top 10 greatest goalkeepers of all time for his on field ability, longevity, achievements individually and as part of a team (both club and country level) and his overall impact on the history of the game. For a complete list of all his achievements and story feel free to check out this page for all the info you will need, Iker Casillas Information page.