how do i play on the national german soccer team one day? 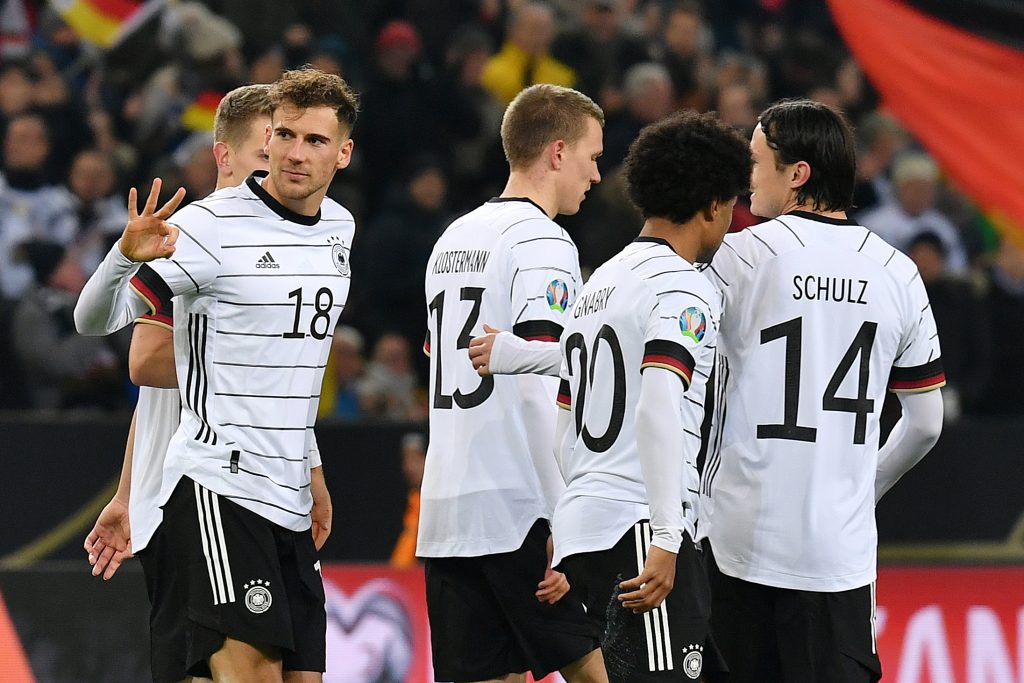 More than just sauerkraut and beer the German soccer team has been one of the world's best for decades with their machine like discipline, precision and team play. In every major tournament the Germans are among the favourites for so many good reasons like their quality of players, quality of coaching and teamwork. Now that you know what makes the Germans so great you have to start thinking about how you can elevate your game to their level to one day be considered for the national german soccer team.

Okay let's first get this one minor detail out of the way, if you want to play for the national team one day you have to be German, spoiler alert I know but just wanted to make sure we are on the same page here. After that the real work begins and below you will find all types of tips and strategies to outwork and outthink the competition to one day put that black, red and yellow shirt over your chest. 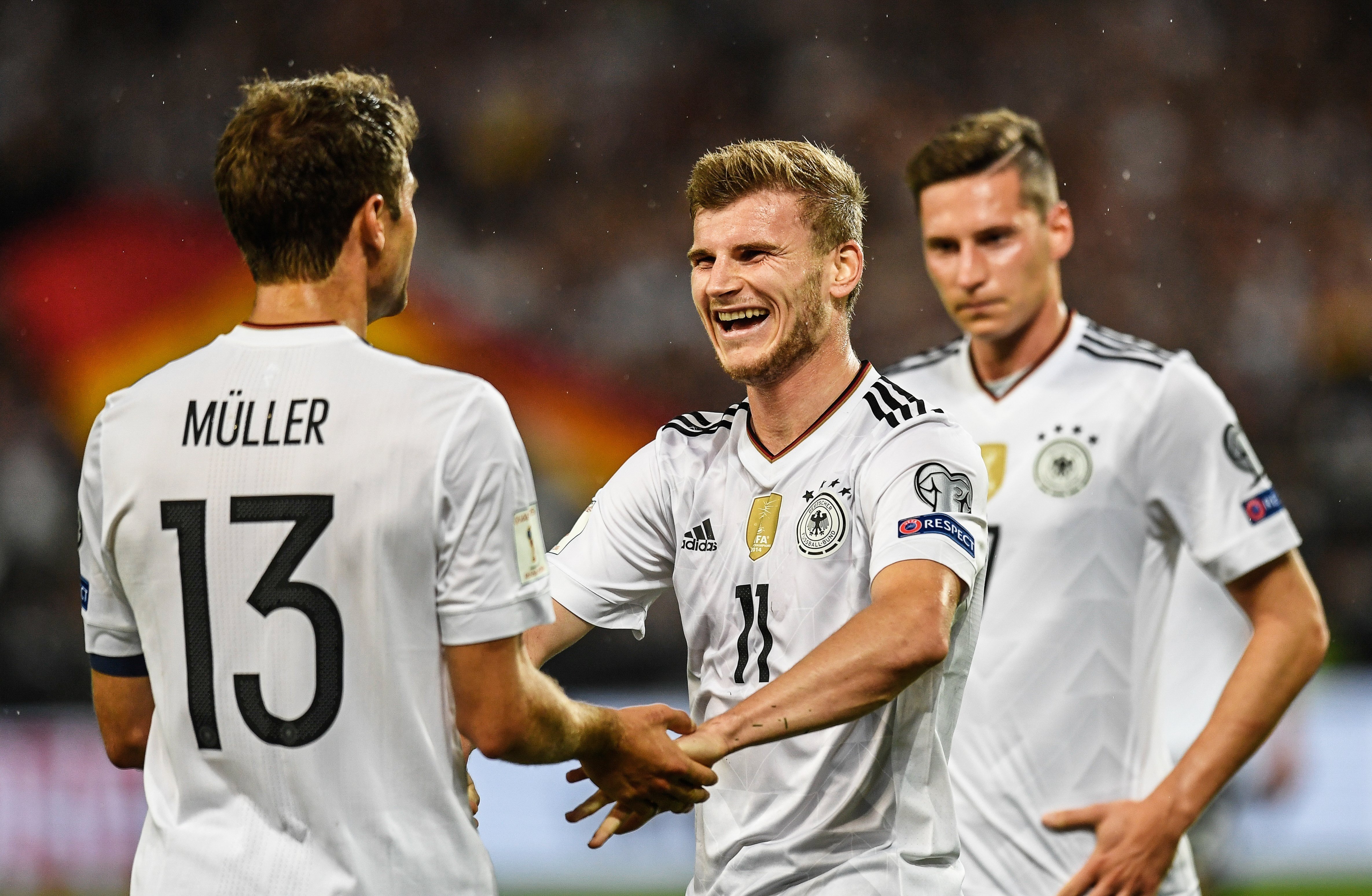 1. Selfless Attitude - If you watch the German soccer team play for five minutes you will understand exactly what I'm talking about here. Whether it's selfless passes in the final third to set someone up to score or a selfless run that draws out a defender to create some space for their teammate the Germans wrote the book on selfless teamwork. If you've ever seen them play it's really difficult to pick out one player who stands out amongst the rest because of their shared responsibilities, synchronicity of play and of course selfless nature in all that they do as a team.

2. Technical Ability - When you hear technical ability everyone immediately thinks dribbling and skillful moves. When we talk about elite technical ability when it comes to the German soccer team we are taking about their technical ability when it comes to their first touch along with their passing and receiving techniques. No team in the world can match their ability to pick out passes around the field and distribute the killer ball in the final third when necessary. The Germans are so fundamentally sound that they are an incredible example for younger generations on how to play soccer the right way using foundational fundamentals and techniques.

3. Historical Elite Goalkeeping - For the past 30 years the national German soccer team always seamed to have a world class keeper and for anybody that has ever built a team at any level they will tell you that the core to any great team defence rests with the goalie. Whether it was Oliver Khan or fast forward to today with Manuel Neur the German goal has always been in good hands, literally! 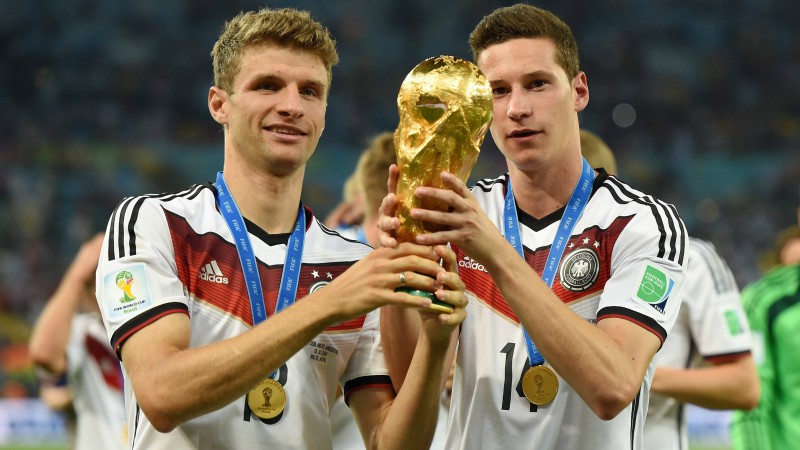 1. Representation (Agent or Agency) - Nobody gets anywhere alone and neither will you if you think your talent and skill will get you playing for the national German soccer team one day. You're going to need a registered FIFA player agent to represent you and set up all your pro tryouts with their long list of contacts in Europe and worldwide. Trying to go pro or play for the national team one day without an agent is like trying to represent yourself in court instead of using an established knowledgable lawyer who knows the in's and out's of the courtroom. Agents only get paid when you do so they work their tails off to get you placed as if they were working for themselves because they are! Don't make the mistake so many players have made before and think their talent will get them places, get an agent and you'll be taking the first step to your dreams coming true.

2. Great Coaching & Feedback - Behind every great player is a great coach and you need to make sure you are in an environment where you are being coached daily by someone who has your best interest at heart and you can learn from to grow your game. If you don't feel you are getting developed by your coach or that they don't seem incredibly knowledgeable you may want to consider going somewhere where you will get that specific attention and information. With great coaching and mentorship comes great honest and open feedback, surround yourself with people who will tell you like it is and not just say you always played great or always played poorly. Finding people who can give you real criticism with the intention to help you is rare to find, you must find people who will support you in this way whether it's a coach, a parent or whoever else.

3. Personal Individual Training - To be able to create a gap between your teammates and your opponents you're going to have to put in more work and going somewhere where you can get individual strength, technical, mental or fitness training is just the place to start. Think about it everyone you know is just training with their team a few times a week and playing games, so basically everyone is putting int he same work, invest in some personal training and start to see how your growth as a player starts to separate itself from the pack.

4. Live Like A Pro - Before you actually make it to the pro level you have to live your life in every area like a pro would or you'll never get there and close the gap on those players. From eating healthy, sleeping right, putting in extra work before and after practice along with analyzing your own games these are some of the steps you need to take to sign your pro contract long before you actually do. Nobody graduates to the next level of play by doing what everyone else in their league is doing, at that point it's just a roll of the dice. You have to be really intentional with what you want and have a well thought out plan with regards to training, recovery and your approach to all areas of pro soccer life. A pro trains six days a week, how may are you doing? A pro doesn't eat junk food, stay up late or drink on the weekends, which of these habits do you have that you need to eliminate or improve to give yourself the best possible chance of playing pro and playing for the German soccer team one day. It's all in your hands.

5. Play On A Top Team - If you have the opportunity to play on the best team in your league even if playing time is guaranteed you need to take that step. Not only will your game develop quicker playing and training with top players every day but there will be more eyes from scouts and agents on your games because of your teams success. Even if you're not the best player on the team the first day you show up to training you will know if you can climb the ladder of this team and be it's best player then you will know you're good enough to play at the pro level. The top club or college teams always get more attention even if your not undoubtedly the best player because of their success and past history of sending players on to the pro levels and bigger better things.  You will also be getting the best coaching to develop along with training with the best players which can only lead to a rapid development in your game opposed to your previous team and environment. 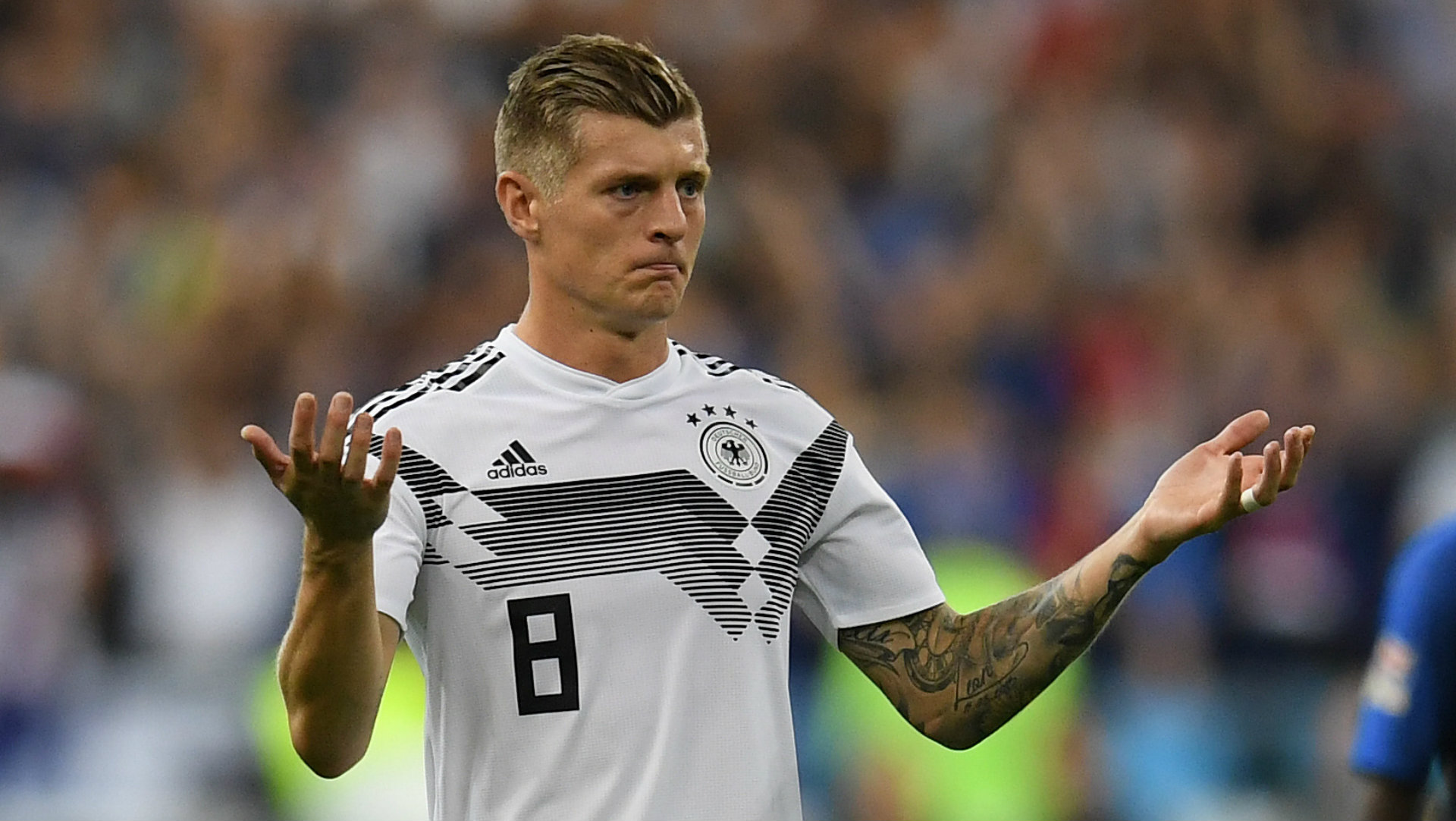 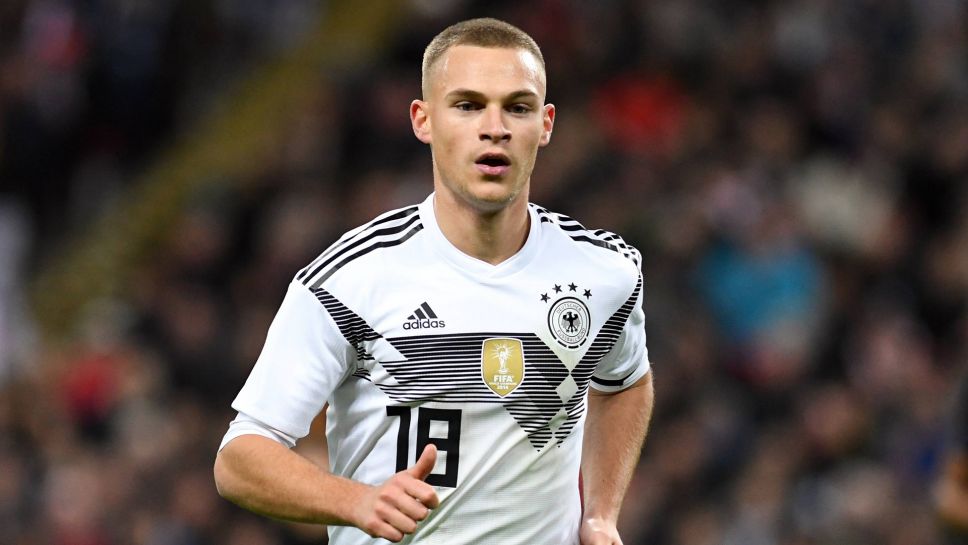 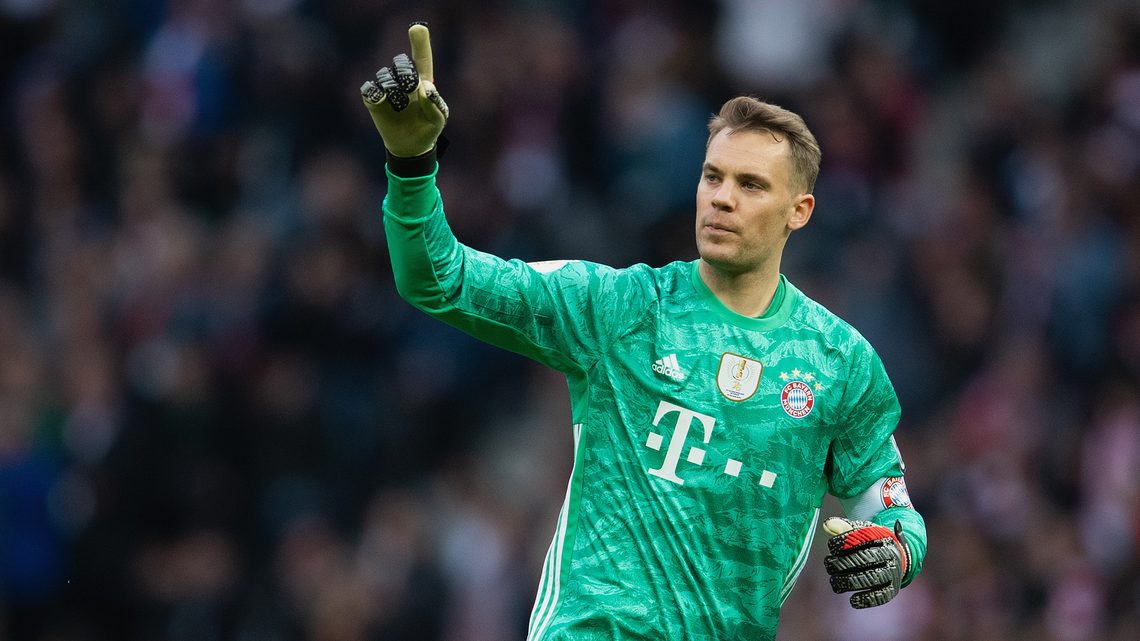 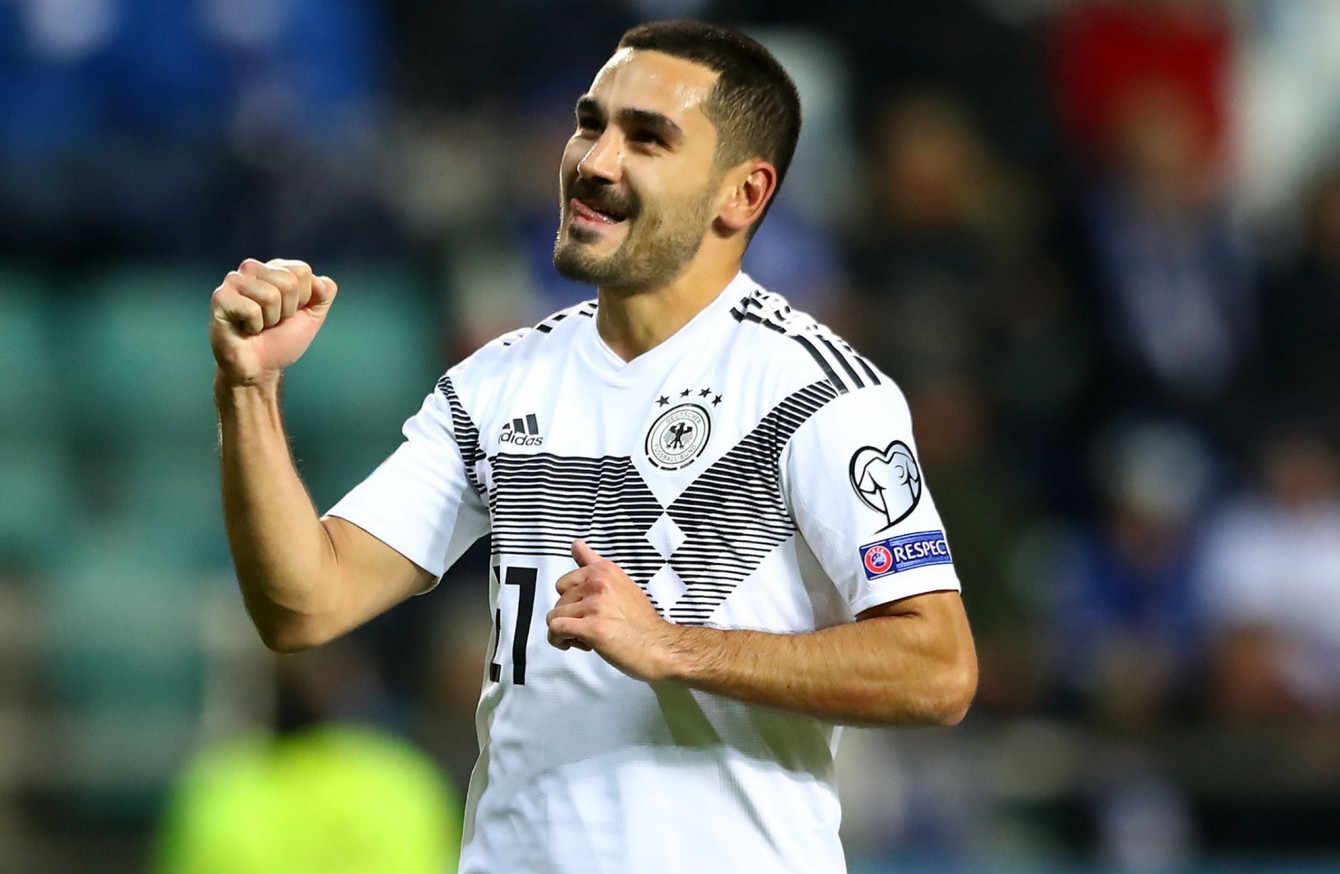 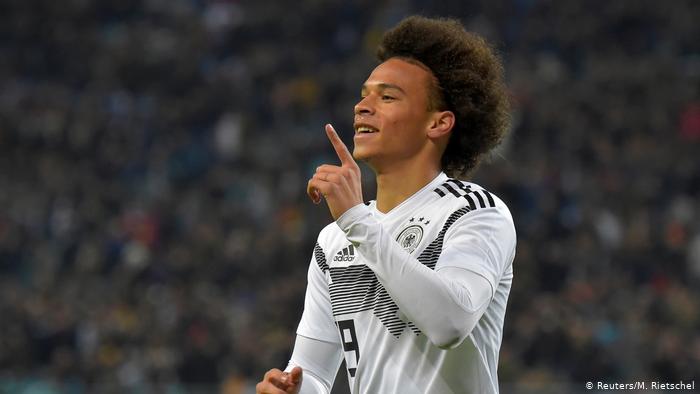 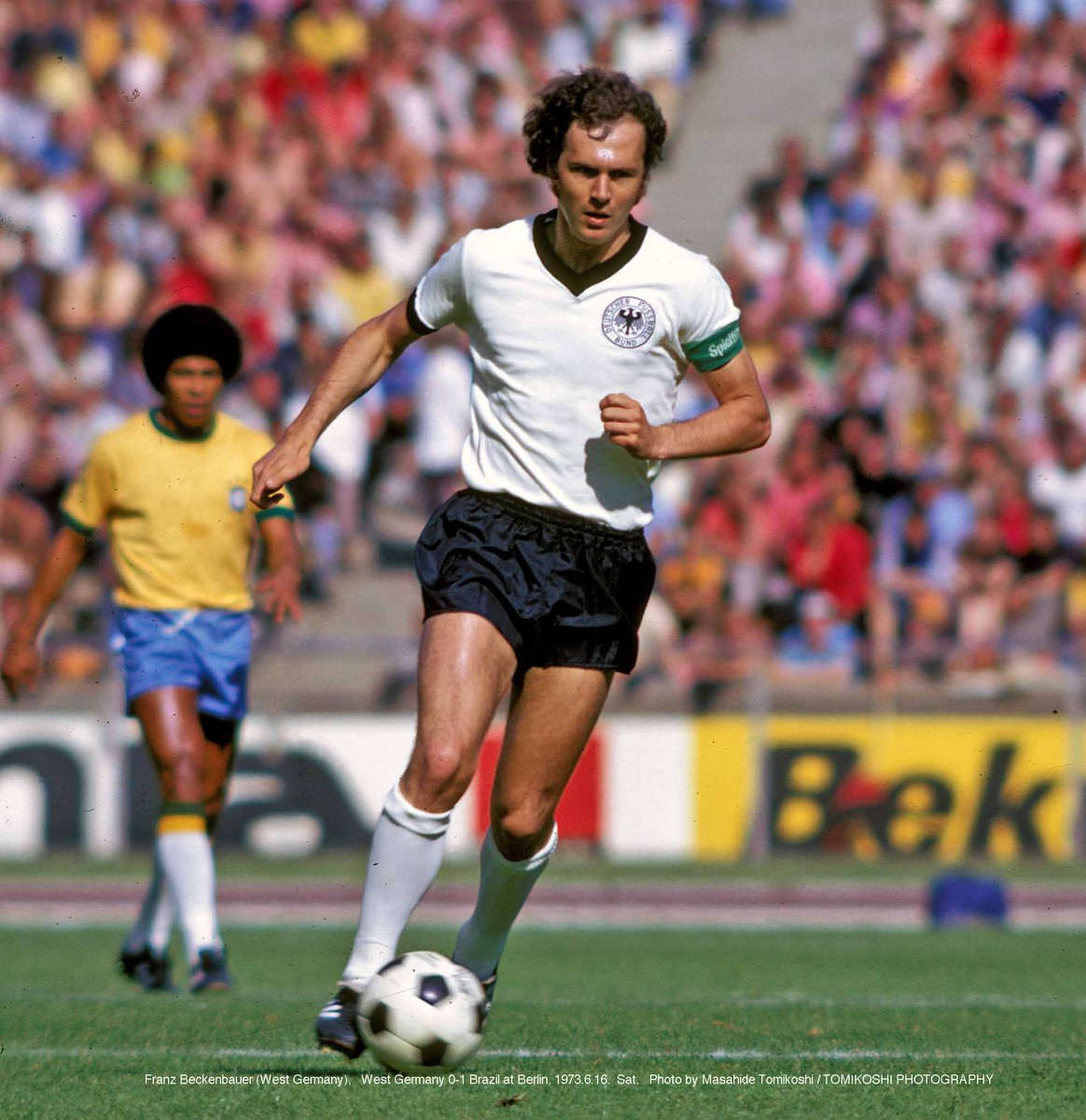 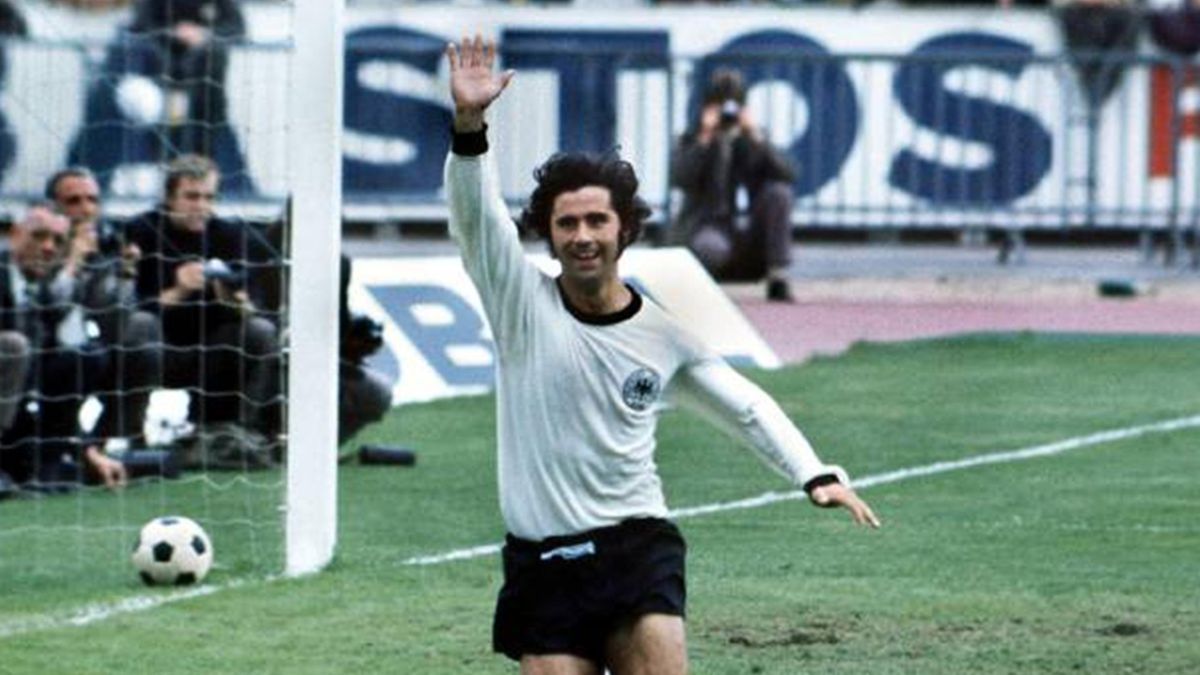 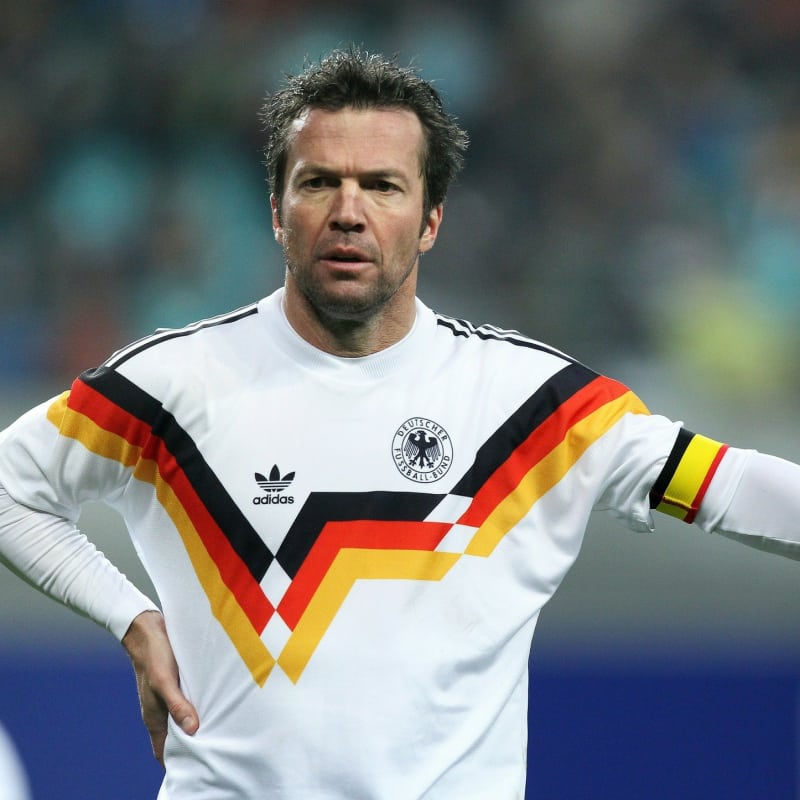 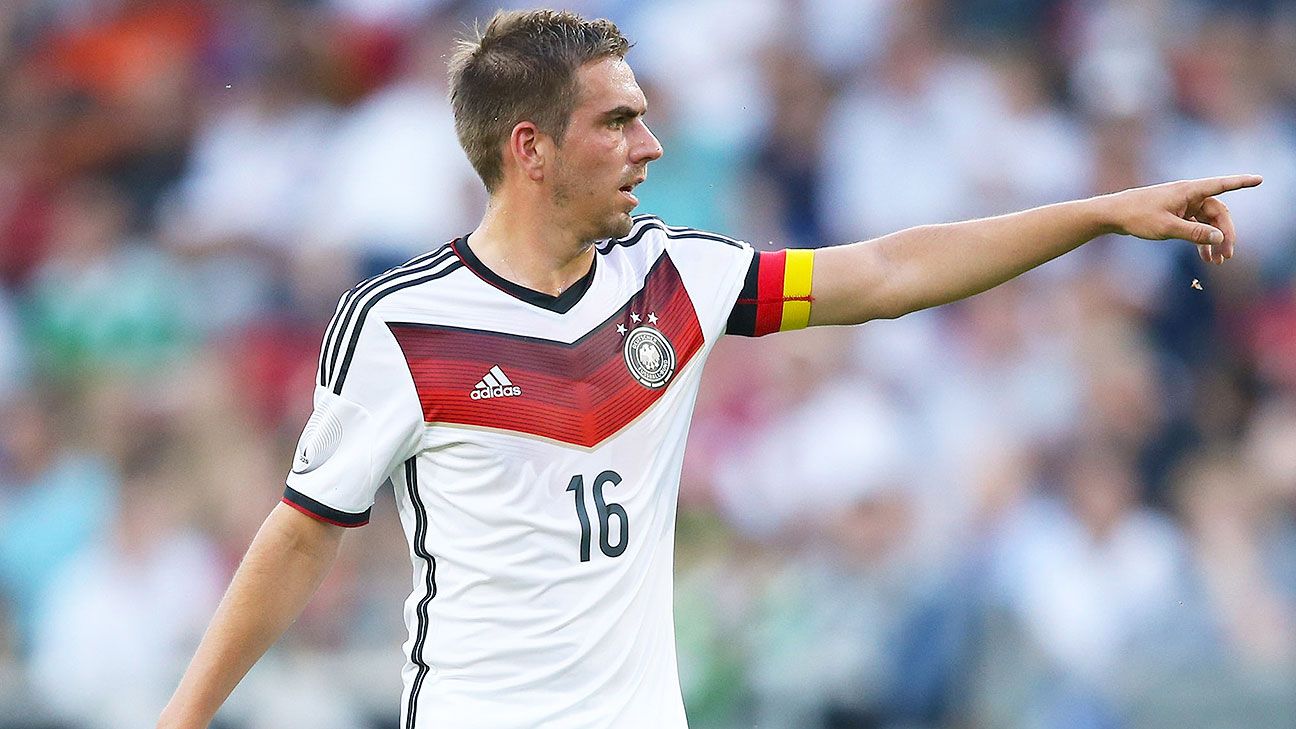 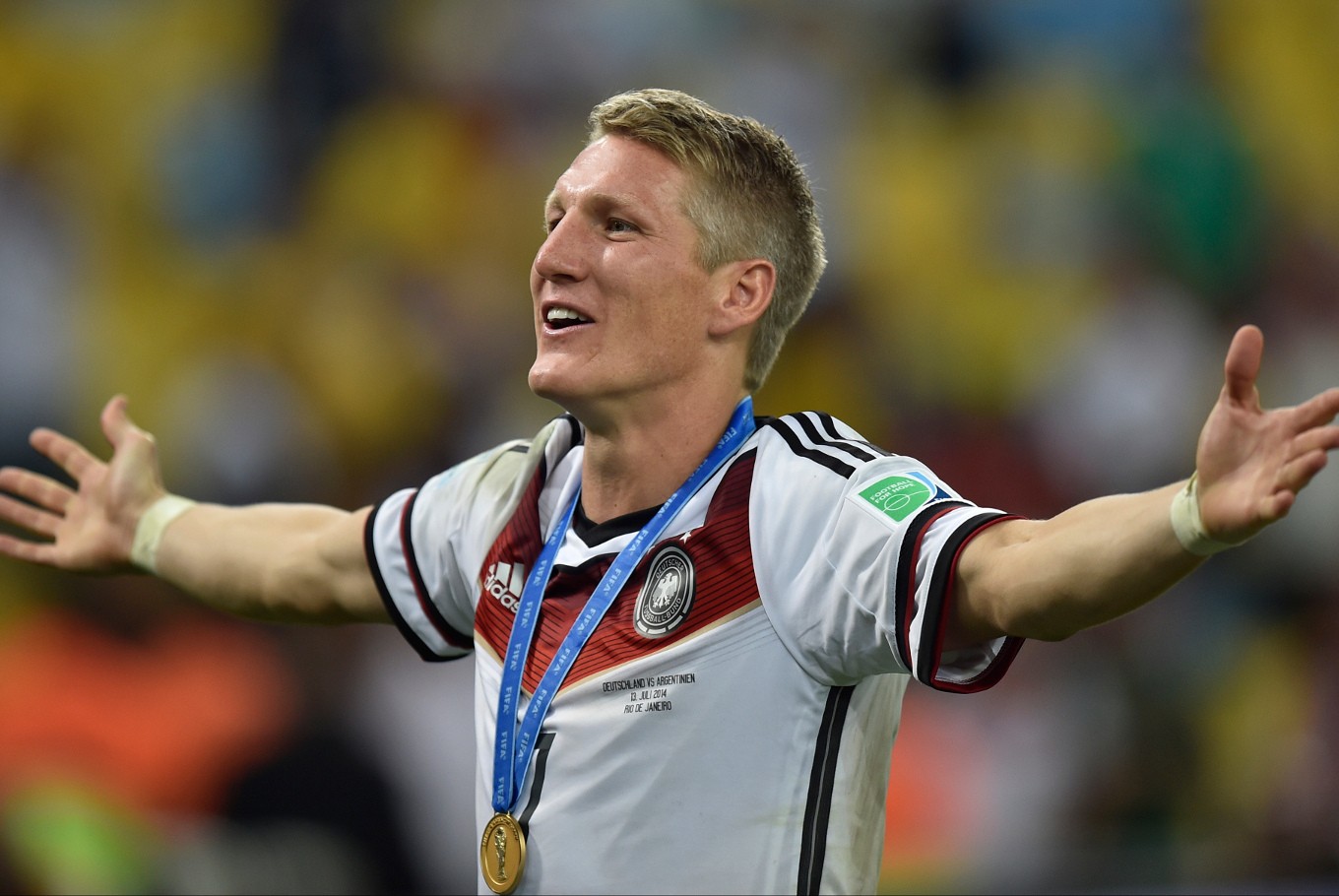 how can i get a tryout for a professional german soccer team?

One step at a time young Schweinsteiger. First ask yourself if you're among the best players in your team, if the answer is yes keep reading. Now ask yourself if you're among the top 5 best players in your whole league? If the answer is still yes then you are going to need an agent who can asses you and look for tryouts for you with professional clubs. You are going to need some accomplishments beside your name such as leading goal scorer, leading assist leader, 1st team all star or all conference, MVP or player of the year if you think you have a chance of an agent signing on with you. After you get an agent the real work begins in preparing yourself for your next tryout by training like a pro up to six times a week until your moment to shine comes. Keep playing regular games, training with a top team and on your own so your agent has the confidence to showcase you to top clubs based on your talent and all that you've achieved. Now trying to make the national German team is a bit of a different story as you will need to be playing at the highest level to even get a national team camp invite. Consistent playing time and performances with a top club team in the world may get you an invite but one step at a time, worry about becoming the best in your league, training like a pro and getting an agent to represent you. You do all of this then playing for the German soccer team one day could be a reality, good luck Beckenbauer!

what's the best german soccer team at the club level in the world?

I hope this is a trick question but without a doubt the dominant juggernauts in Germany at the club level always has been (and might always be) FC Bayern Munich. In every possible argument Bayern has been the best club in Germany and one of the best in the history of football for that matter. With 29 Bundesliga titles and 6 Champions League titles its hard to argue against these European monsters. Some of the greatest players in football history have come through this club and to this day some of the best players in the world have been produced, played or currently play for Bayern as they continue their historic dominance over the German and European leagues.

But what makes them so special you ask? Well for starters the resources they have are vastly superior to those that are competing for their throne. Bayern has such financial resources that they can pay more for a player in salary than any other team in Germany and same goes for the coach so right there they have the best players and best coaches money can buy, that's a good start. Secondly their facilities, sports science, recruiting, academy and technology is more advanced with more coach and staff power utilizing these resources and passing them on to the players than any other team in Germany. In any category that affects the outcome of football wins and development you can guarantee that Bayern Munich as the best of the best and it is this type of investment and high standard that has allowed them to sit on top of the German mountain for decades upon decades with no end in sight. For more information on FC Bayern Munich feel free to check out their official website for all the latest team news and player signings.