Who are the most famous soccer players and how did they get there? 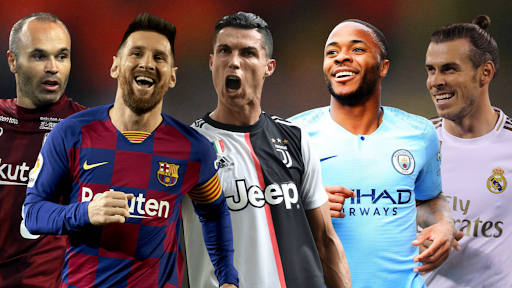 Oh to be one of the most famous soccer players on the planet, what a life. But the real questions is how did they get there and if you have any chance of getting to that level of fame and superstardom, probably not, I kid I kid if they've proven it can be done once then why not again by someone like you?

There are obviously a lot of factors that go into becoming the top of any field and it takes a unique combination of of skill, luck, hard work and so much more to become of the best and most famous soccer players on this planet. You will see as you read on that no matter the level of fame of these soccer players all of them are able to perform where it matters most, on the field. To be able to perform on the field they all share unique characteristics and attributes that got them to these heights and lead to their eventual fame and fortune. As important as it is to do the right things on and off the pitch to reach these levels it's just as important to avoid certain behaviours and not get dragged into the wrong crowds, social circles and habits, just ask so many great players that careers burned out so quickly. You have to be able to walk the walk on the pitch but becoming famous in your sport takes more than just performance on the field, whether it's social media, good looks (which yours truly obviously has both of) and whatever else having the full package of personality and performance leads to sitting on top of the fame ladder in the soccer world, good luck Beckham. 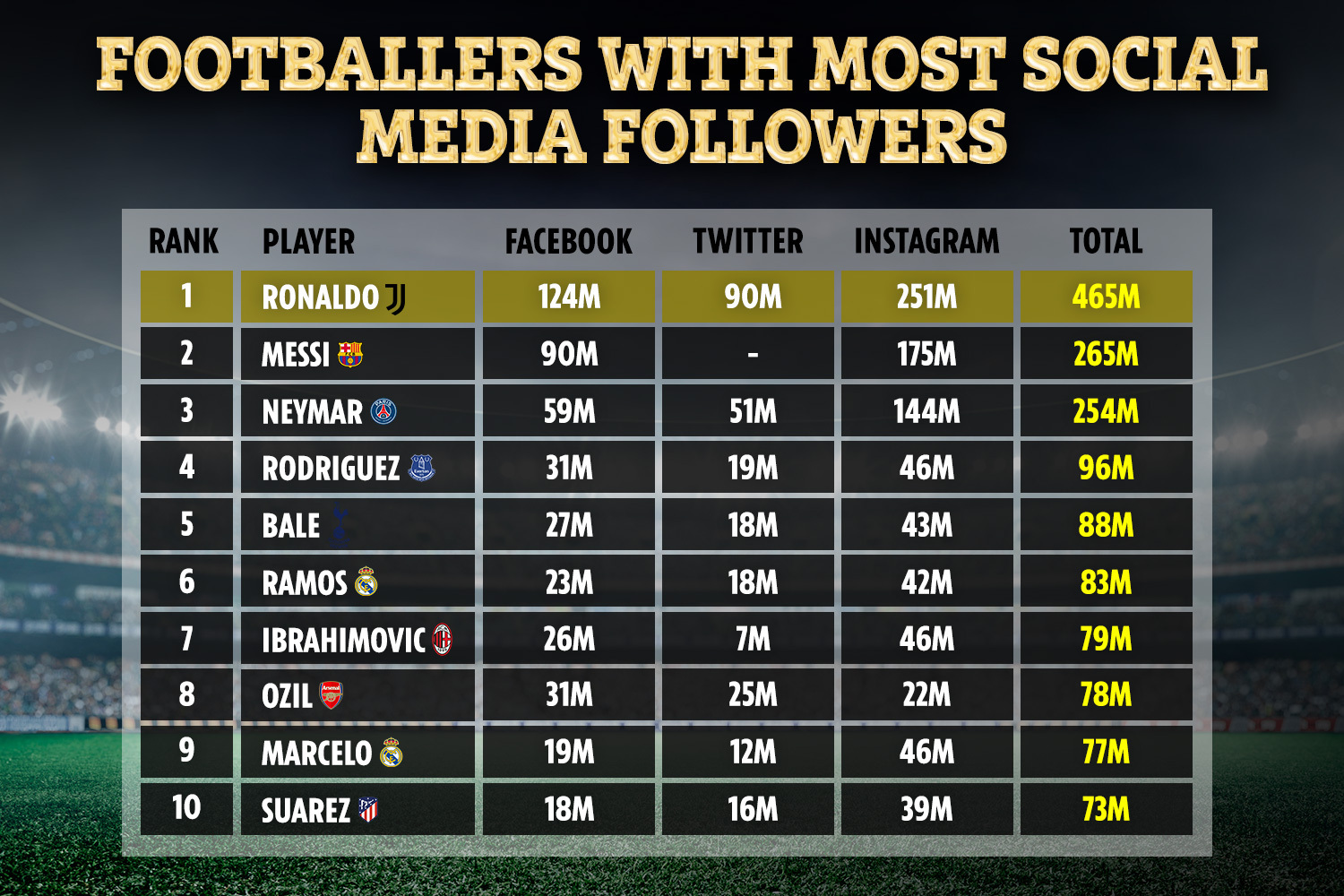 1. Social Media Following - It's the world we live in, growing your Instagram following is important to stay connected with your fans, attract sponsors and give the people a day in the life of mr. too cool for school (aka you). All of the most famous soccer players in the world have hired people to run their social media accounts for them because they know the importance of growing their social identity to be able to grow their fame and wealth. Being able to have a large following attracts sponsors that will pay you to post things wearing their clothes, drinking their product or using their shoes for example.

2. Goals & A High Level of Play - Okay all the good lucks and creative posts online don't mean a thing if you're not quality where it matters the most, on the pitch. It's also not enough just to be a good player, to become among the most famous soccer players in the world you need to be scoring goals and doing it in style like Messi and Ronaldo week in and week out. This day and age the highlights matter more than the actual game so scoring goals, megging players and doing other creative moves and tricks go a long way in raising your stock on the fame charts.

3. Good Looks - Make sure you get my good side! Yup it's the shallow world we live in but your looks do matter when you have millions of eye balls watching you every day. We all know that you will spread a wider web and gain a larger following if you're easy on the eyes and a fantastic soccer player too. Whether it's the face, the hair, the body or whatever else it isn't the single most important thing but as good as David Beckham was he's no Maradona but it was his high level of play combined with his chiseled features that made him one of the most if not the most famous soccer players to ever kick a ball.

4. Play At A Top Club & Win - The best and most famous players don't play at your local Sunday league or even on a mid table team in the best leagues in the world. They play at the best clubs in the world and they win and compete for trophies every single year and that's why they are considered the best and most famous because when all the eyes are watching (World Cup, Champions League etc.) they are always there. Nobody follows the world's worst golfer no matter how good looking they are, it's that winning aura that people like to follow and affiliate themselves with.

5. Personality - Imagine if Messi had a little personality to him how much more famous he would be, lucky for him his level of play and the club he plays for is a big enough platform for him. For others trying to crack that most famous soccer players list takes a bit of charisma and an outgoing personality to have the world want to track their every step. Ronaldo is a great example of someone who has the play, looks, trophies and and personality to become the most followed person on Instagram in the entire world, not bad for a kid who started from humble beginnings in Portugal. 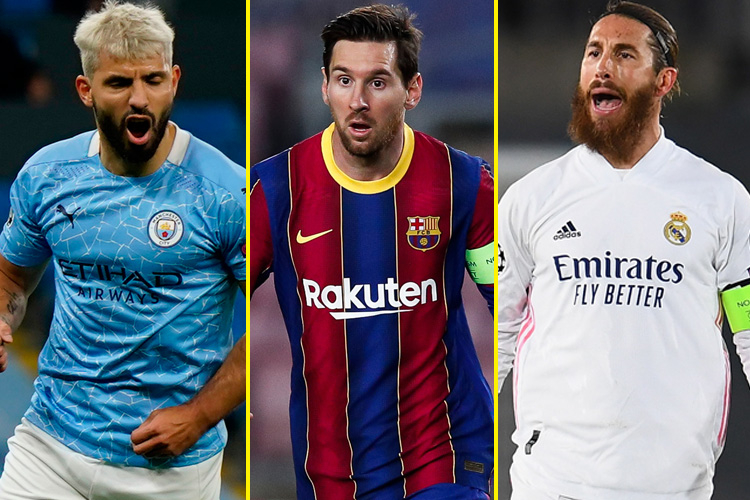 1. Dedication & Hard Work - Nobody gets to the top of the soccer pyramid without an incredible work ethic and dedication to achieve all of their dreams and goals. So before you think you're going to become one of these famous soccer players because you have a bit of god given ability or a nice smile, think again. The amount of hours of dedication that goes into each of these players craft can't be understated and if you want to have a chance at being a part of this group you have to work twice as hard as the next player.

2. Sacrifice - Say goodbye to those friends and families birthday's, new years parties and weddings because your life is now dedicated to soccer, sorry pal. All of these famous players have sacrificed a normal life for the life of fame and fortune, don't get me wrong it may seem like an easy choice to make and we would all probably do it but that doesn't mean it isn't difficult to miss your brothers wedding or your best friends birthday. Sacrificing all the little things can be tough sometimes but that's what it takes, ask Ronaldo or Messi the last time they went to their Mother's birthday party.

3. Consistency - To become a top player it isn't enough to do it in one game or one season or even a couple of seasons, it has to be year after year of top performances to have a chance of being among the best. Ronaldo and Messi are great examples of famous soccer players who have been on top of the mountain for years and years because no matter who they play or where they play they bring a level of football never seen on this or any planet.

4. Passion to Improve - None of these players got anywhere in their careers by being content or satisfied with their performances or skill level. These players all share a hunger to improve year after year tactically, physically, mentally and technically to take their game to new heights never seen before no matter what they accomplished the year prior. If you don't have this you don't stand a chance of staying ahead of the competition because coaches and opponents are too good and they will expose your weaknesses as a player unless you're constantly evolving and staying one step ahead of them.

5. Leadership - It's not enough to be the best player and get the best out of yourself, you also need to get the best out of others and bring them along for the ride. A sign of a great player is how they improve the level of the players around them and how successful players become from playing and learning alongside that elite player. Leading by example with your play is one way to do it but also mentoring younger players, being a vocal leader in the dressing room and raising the standard of hard work on the training ground are all essential in becoming truly elite.

1. Partying - Sorry social butterfly staying up and partying until late hours of the morning isn't going to fly if you really want to be among the most famous and best soccer players in the world today. Unfortunately alcohol and drugs have ended too many great players career far too short and others from even starting. It's okay to be social but partying into the long hours of the night that affect your sleep, recovery and energy levels to train the next day are little shortcuts that other players aren't taking that will leave you playing catch up, no matter how talented you are these things will hold you down.

2. Getting Caught Up In the Fame - Some players get too caught up in the celebrity life and care more about the commercials, movies and rubbing elbows with other celebrities instead of staying focused on what got them to the top of their industry. Being able to stay focused on the daily grind and training that got you to the professional level is so important to maintain your high level of play. The other things on the side are fine but they can't be interfering with your dedication to your sport.

3. Representing Bad Sponsors - Famous soccer players need to be careful who's products they endorse based on the values and actions those companies represent. To you it might just be a watch you wear or car you drive that you got for free only to find out that company supports controversial or views different than yours that can put you in a bad light with your fan base. Do your research on who you do business with and who you represent before it bites you in the butt.

top 5 most famous soccer players of all time

To learn more about these greats feel free to read about them here, 10 of the Greatest Men's Soccer Players of All Time.

is ronaldo more famous then messi?

Well if you look above at the five qualities that make players famous Ronaldo has all of them (looks, play, personality, wins and top clubs and the social media following) where Messi as great as he is on the pitch only really has the play and wins at a top club. This doesn't make Ronaldo better than Messi as a soccer player or the other way around all it does is prove the point that to be a famous player in this day and age you need to have a mix of all five to truly be seen on the world stage as a top celebrity.

Now before all the Messi fans go crazy remember becoming famous isn't the best thing in the world, in fact I'm sure Messi prefers not to be more famous than Ronaldo because he like to live a regular modest life and that's fine. Most incredibly famous soccer players wish they weren't as famous and could move freely around their countries and the world without mobs of people around them so it really depends on what type of life style you want. If you're reading this and trying to get to this level of fame remember the most important piece is your level of play and performing on the biggest stages, after that the rest will come if you want it to, (well maybe not the looks, if you were born with a face for radio there's nothing I can do to help you now) enjoy!