How hard could it really be to play on the england national soccer team? 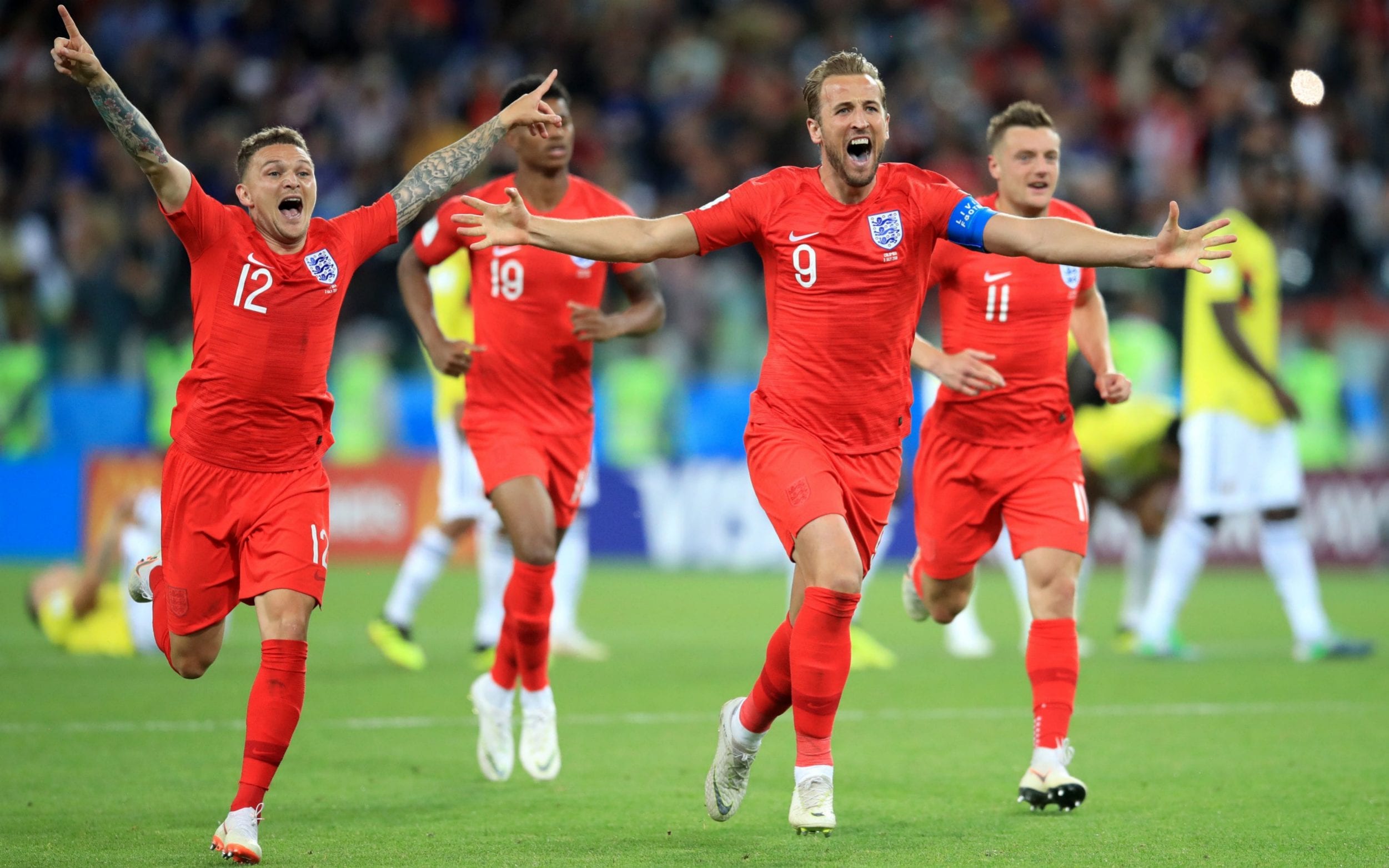 Think you're good enough to play on the England national soccer team one day? You may be right but what else do you need to know on and off the field to make sure you can play and be scouted for to that level? Here you will find different ways you can improve your game to try and get to the level of the national team players along with what steps you need to take to make the jump from where you are to the pro level to help you get showcased to wear the three lions across your chest one day. Do you have an agent? No? Well that's a must if you want to be taken seriously so start looking or you and your talent might just be left behind. Playing at the highest level takes all types of dedication, sacrifice, skill and luck so don't leave anything to chance and outwork everyone until your national team dreams come true, or you could always coach right?

So the real question everyone wants to know is who is the best English player playing toady and who is the greatest of all time? Two debates that can split any room, find out if its Shearer or Beckham back in the day and who takes the top spot for current players? Sterling or Kane maybe? Do you think that the England national soccer team currently has what it takes to win it all? Whether it's the Euros or World Cup are we looking at an English team that can bring the UK back to World Cup glory? 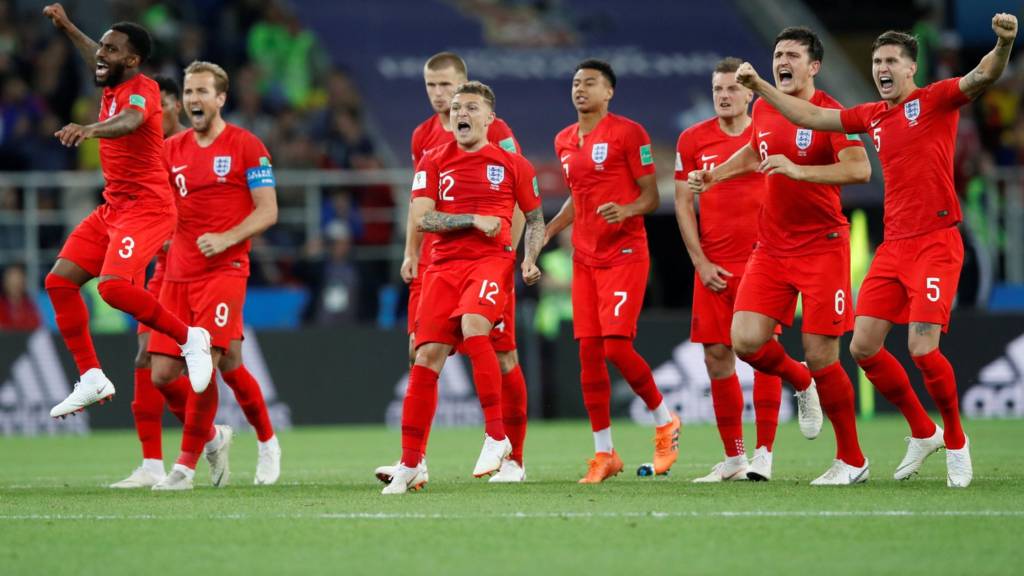 1. Multiple Weapons - From back to front this team has whatever weapon you need for the job on that specific day. Speed, power, technique you name it this team can beat you in so many different ways. The real trick will be getting the right weapons on at the right time and knowing when to make an adjustment at the right time, good luck with that one coach!

2. Youth - When it comes tournament time and you're playing several games with short rest times you're going to be thankful you have some fresh young legs that can handle it. With youth also comes players who want to play for the team and have something to prove to be selected for the next game so it brings a nice jolt of energy into the team that everyone can benefit from.

3. Depth - You could probably have a decent run at a major tournament with the B team from the England national soccer team at this point. With their incredible depth the English have all the right ingredients for a team that can make a deep run and challenge for any trophy. Depth is obviously incredibly when it comes to injuries, players being out of form and the coach being able to switch up their game plan on a whim.

4. Organized Defensively - Having a strong team shape without the ball is critical if you're going to hold a lead and advance in any major tournament. With a well set up team behind the ball with players who don't mind putting in a tackle and making that defensive play for a teammate the sky is the limit for a team that has quality on both sides of the ball. The only question they will have is can their back line handle the front line of some of the best attacking players from Brazil, France, Belgium and Argentina, only time will tell.

5. Team Speed - Speed not only in attack has its obvious benefits but also in defence can serve as a great advantage not many teams possess. Whether it's a winger flying down the flank or a center back making a recovery run a teams ability to have speed in every position can make it a pain to play against at any level never mind the highest one. 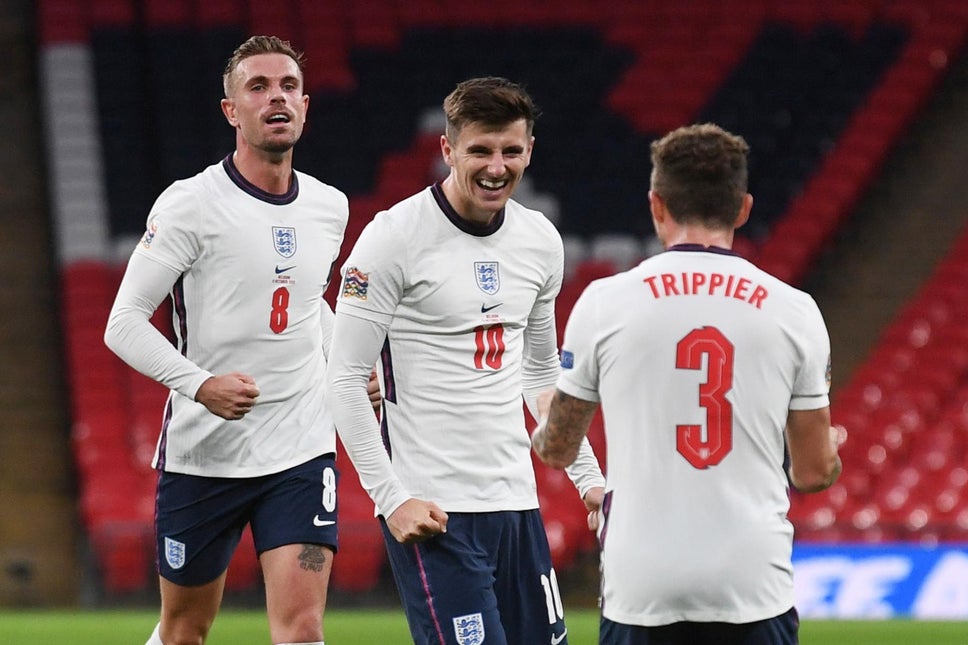 1. Get An Agent - I don't care if you're the next Messi, without a registered FIFA agent in your corner you won't be going very far in this game. Not only does it give you some credibility (like a lawyer in court) they are trained professionals with a career full of contacts with clubs all over the world. They are the ones that will be setting tryouts up for your and shopping you around to clubs you've never even heard of, not only that they will negotiate your contracts so you don't have to. Whether it's to get placed on a pro team or the England national soccer team having a quality agent is a must!!

2. Play On A Top Team - The best way to be noticed and scouted is if you play on a top team that has a lot of eyes on it. It's a good thing if your fellow teammates are also top players as scouts and coaches will be gravitated to tracking that team and the more you remain at the top the more these agents and clubs will pay attention to what you're doing and how you're playing. Not only will you gain more attention you will also grow as a player having to go up against top competition every day at training and fighting for time in games. This is exactly what it will be like at the pro level and the national team level so you better start getting used to it.

3. Sacrifice Everything Else - You only have a small window to make your dreams come true in soccer and for a dream like playing on the England national soccer team everything else in your life must come second. You have to get used to missing birthdays, weddings, prom and any other events because you need to train or play games. Being committed to your craft 24/7 is critical if you want to give yourself any chance of playing for your country one day. It's easy to watch the pro's on TV and think how easy or lucky they got but believe me each and every one of them sacrificed large parts of their childhood and adulthood to pursue their dreams of playing on the biggest stage.

4. Private Training - Look into some one on one or group training outside of your current teams set up. Whether it is position technical training, strength and conditioning or sports psychology you have to look for ways to do things your competition isn't to get better. Even if it's just a couple of sessions a week these small additions can make the difference in your overall growth as a player. You have to be constantly thinking about what other players at your age aren't doing and what are some of the things pro's are doing and try and mimic their training routine as best as possible.

5. Analyze Your Matches - We all have those matches where we wish the tape was just burned but sometimes those are the most valuable moments to learn and grow from. Tape all your games and be very analytical and critical of your play and look at situations and ways you can get better in your position. Only then you truly understand what you need to improve on to have a better overall impact on the game, if you can't see it or if you just want another opinion ask your coach or someone you trust to watch your game and give you some feedback. If you want any chance of making the England national soccer team this is a must! 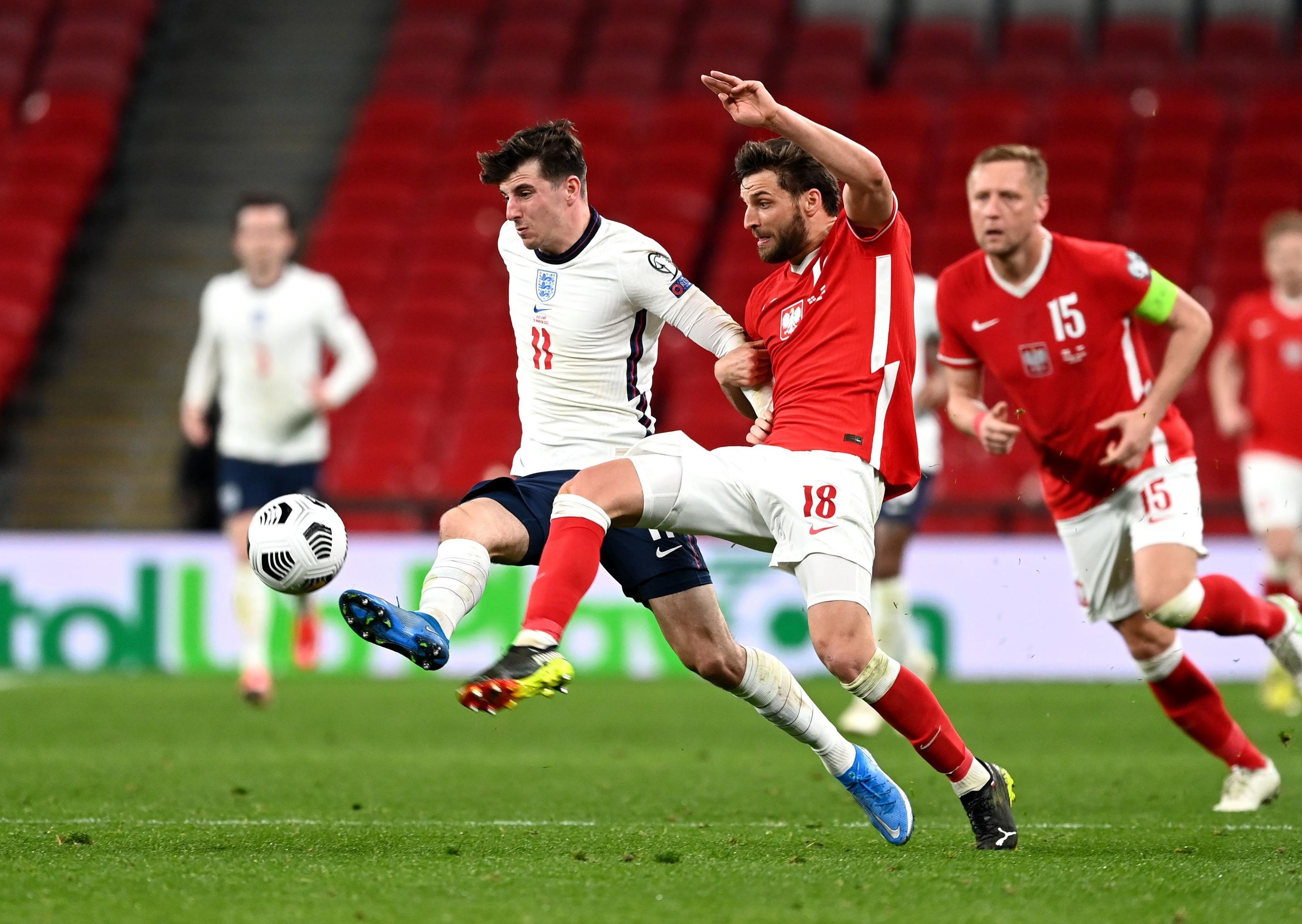 1. Speed - Foden, Sterling, Sancho and Grealish to name just a few but the amount of sheer pace that is on this team is really incredible. We all know that speed makes up for so much in this game and can be the most deadly attribute when taking players on 1v1. Speed also allows a team to play in unique different ways such as high pressing or on the counter attack which is a great asset for any coach to have. The England national soccer team will be using this quality all game long in their search of their first piece of silverware in sometime.

2. Dribbling Ability In the Final Third - They have so many slippery players in the final third that one wrong step or lunge for an opposing defender can be lethal. Whether its Fodens ability to turn a player or Sterlings ability to wrong foot defenders this English squad has the ability to open up a game by breaking down players in isolation. When an opponent sits back you're going to need a little bit of individual brilliance to open up a game some time and with this team you can pick your poison.

3. Composure In The Back - Although their 1v1 defending can be questionable at times one thing the back line does not lack is their ability to pick out a pass and overall composure on the ball. Sometimes this teams best defence is ensuring that their defenders don't have to defend by keeping the ball and picking out passes for long spells. Whether they line up in a back three or back four this teams ability to stay calm in possession is one of their greatest assets with and without the lead.

4. Aggressive & Stuck In - One thing every English player is known for is their ability to get their shirt dirty and be tough as nails. When you have a team filled with aggressive players it can be a nightmare to play against, couple that aggression with some discipline and ability the England National soccer team will be a tough out for anyone they play. Having a bloody lip and grass stains on your kit comes standard with every player that puts that England jersey on like armour.

5. Selfless Attitude - You get a general sense of a team first mentality from these players and even though everyone wants to play of course they compete in a  healthy way and may the best man win. You can see it in in the goal celebrations and the substitutions that the players on and off the pitch are cheering for one another and in each others corners at all times. 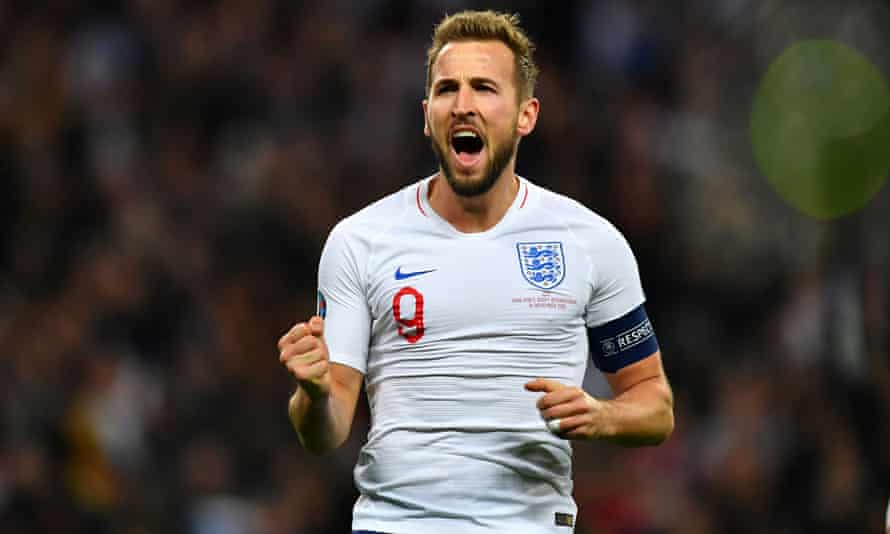 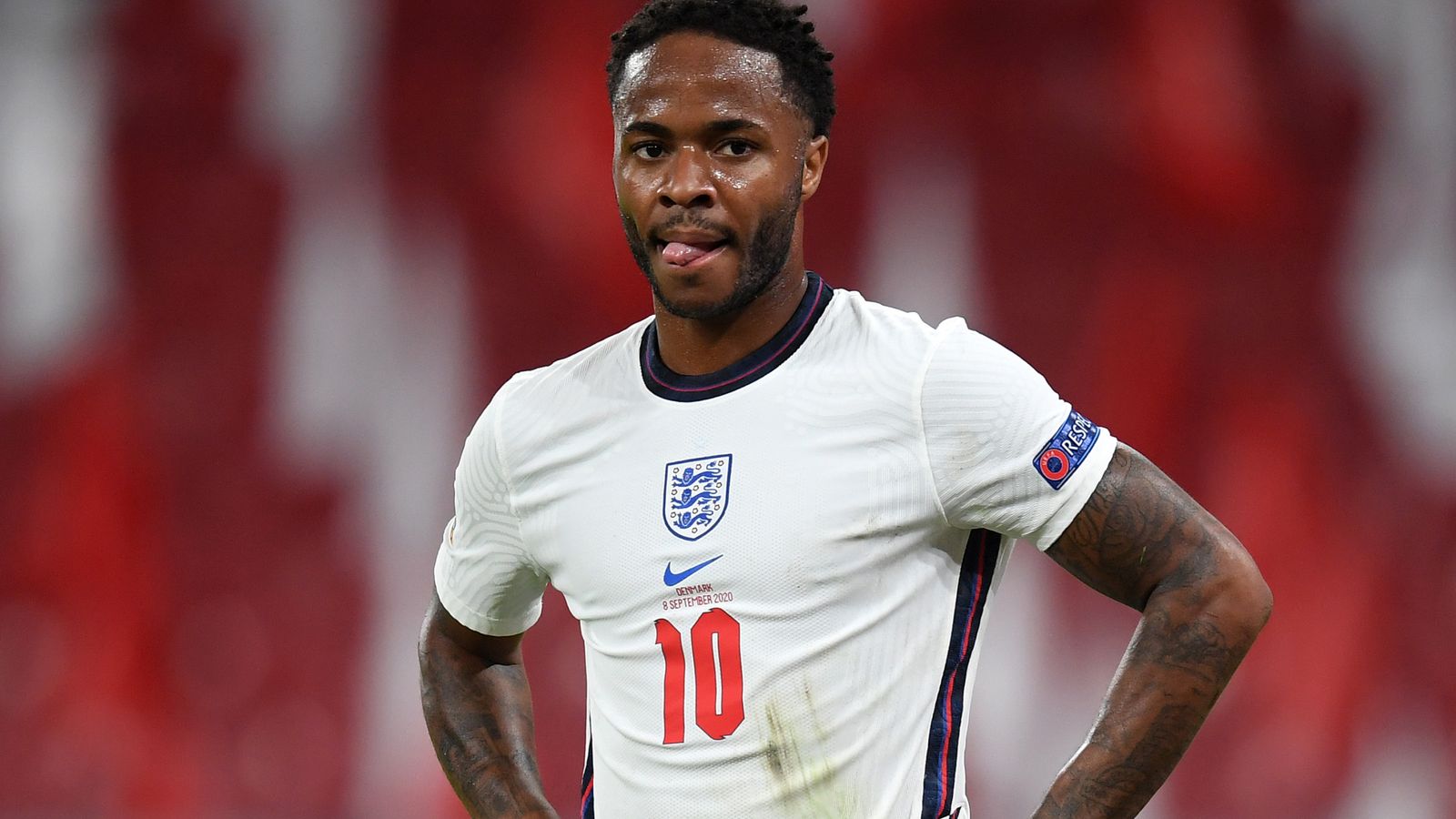 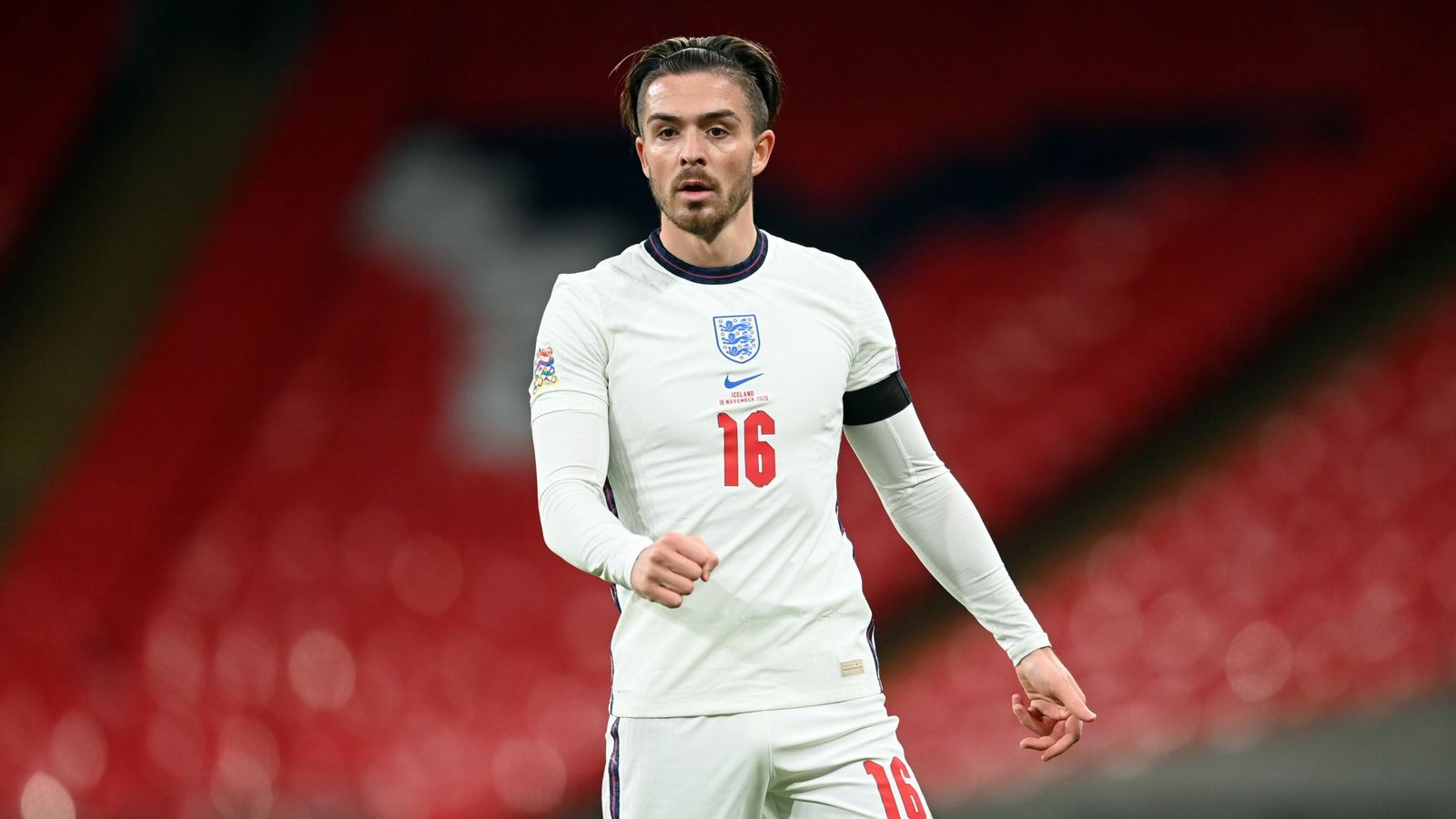 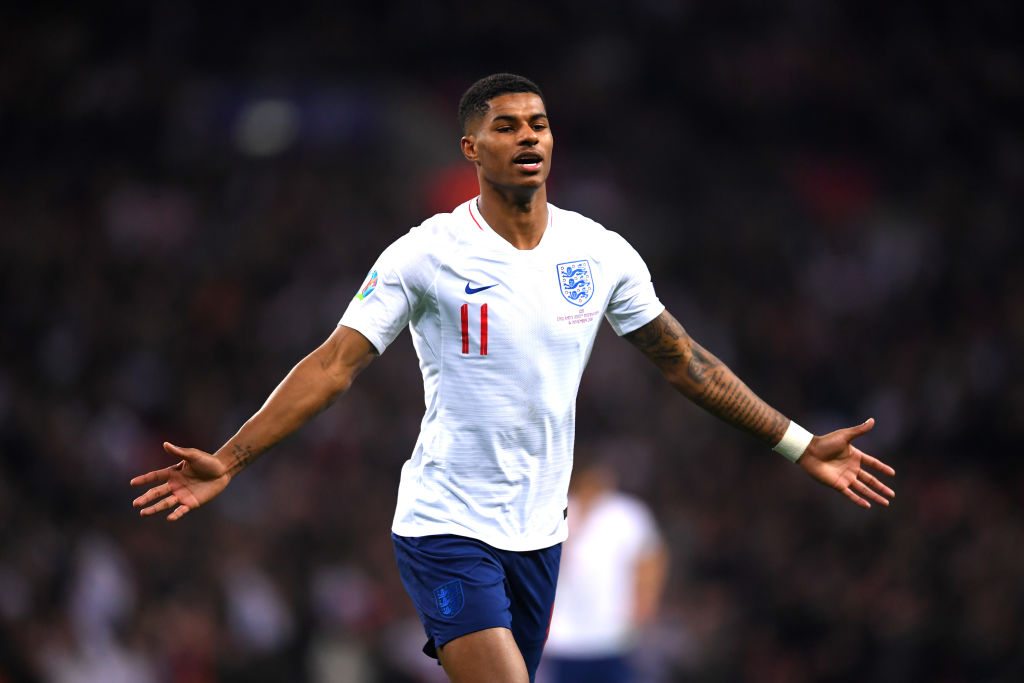 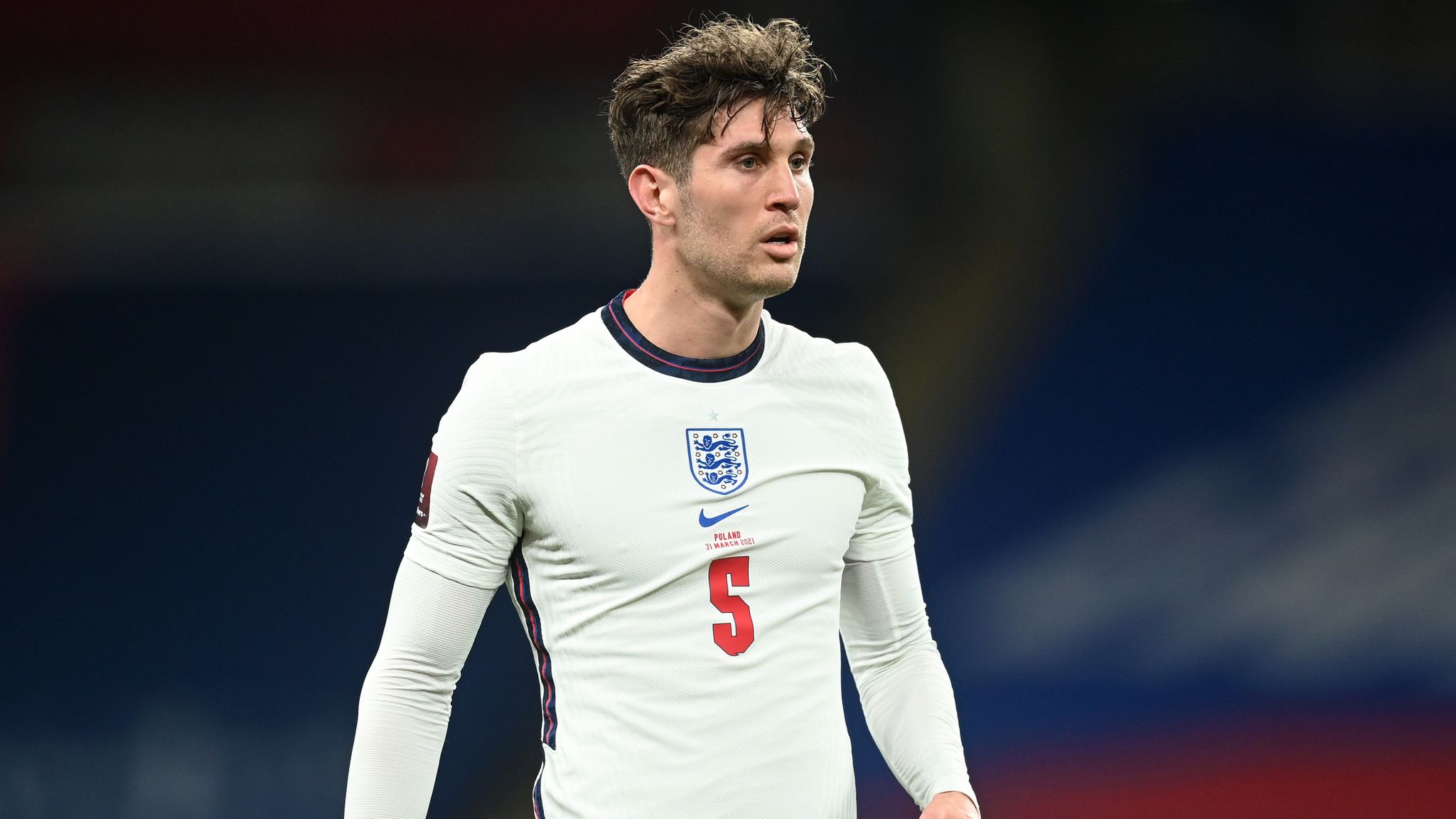 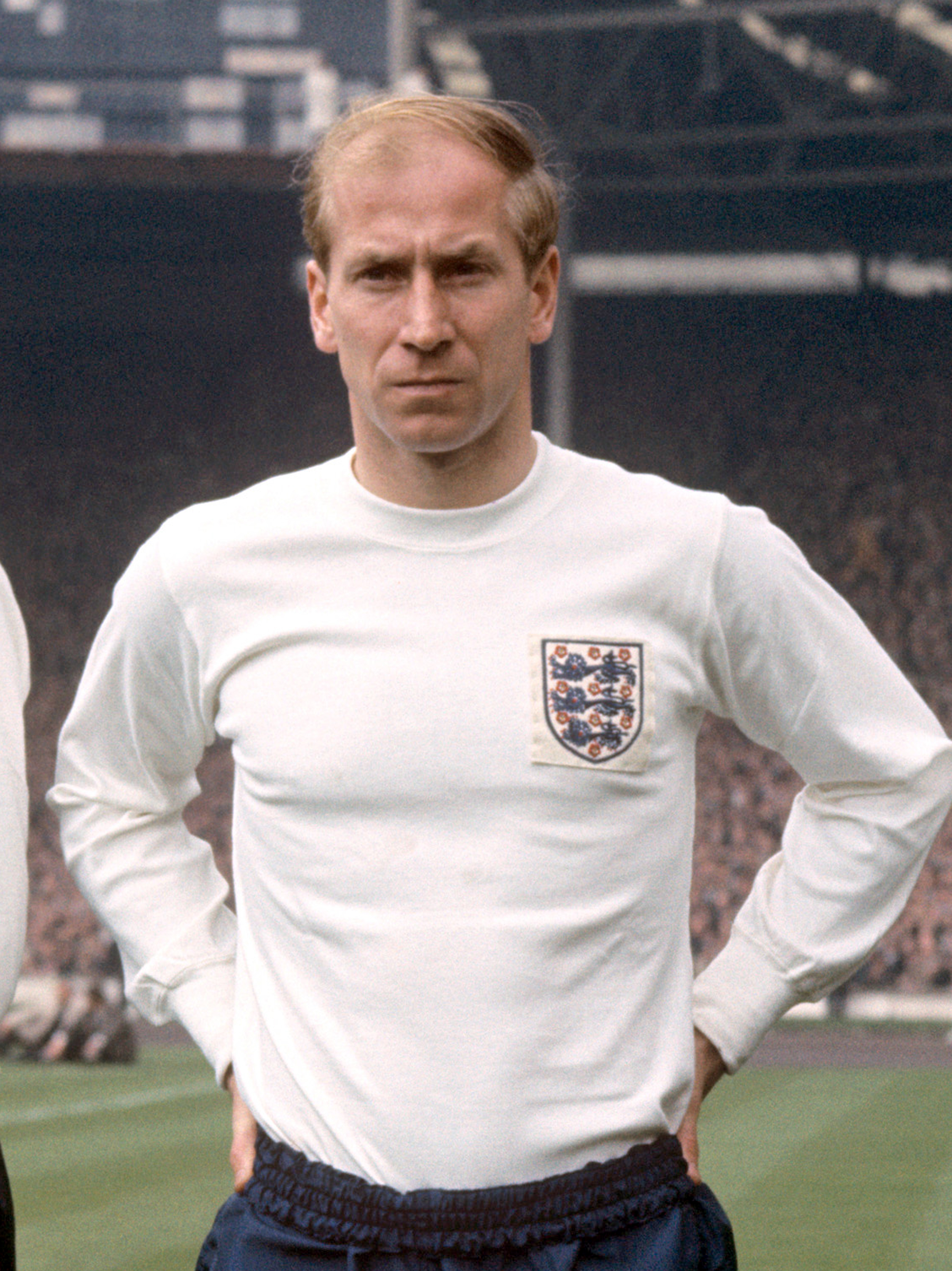 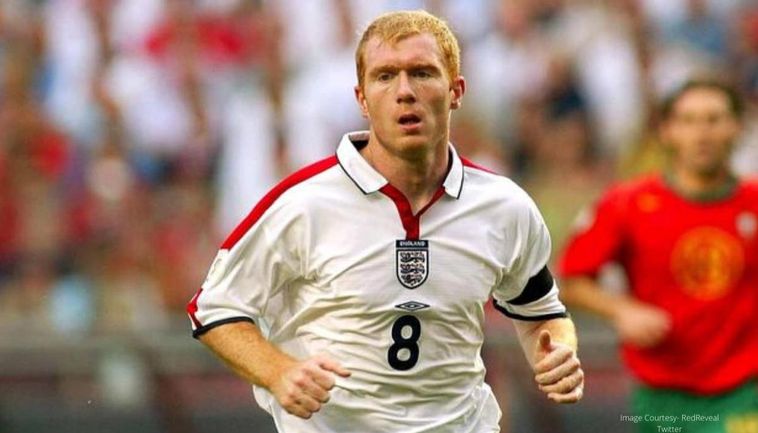 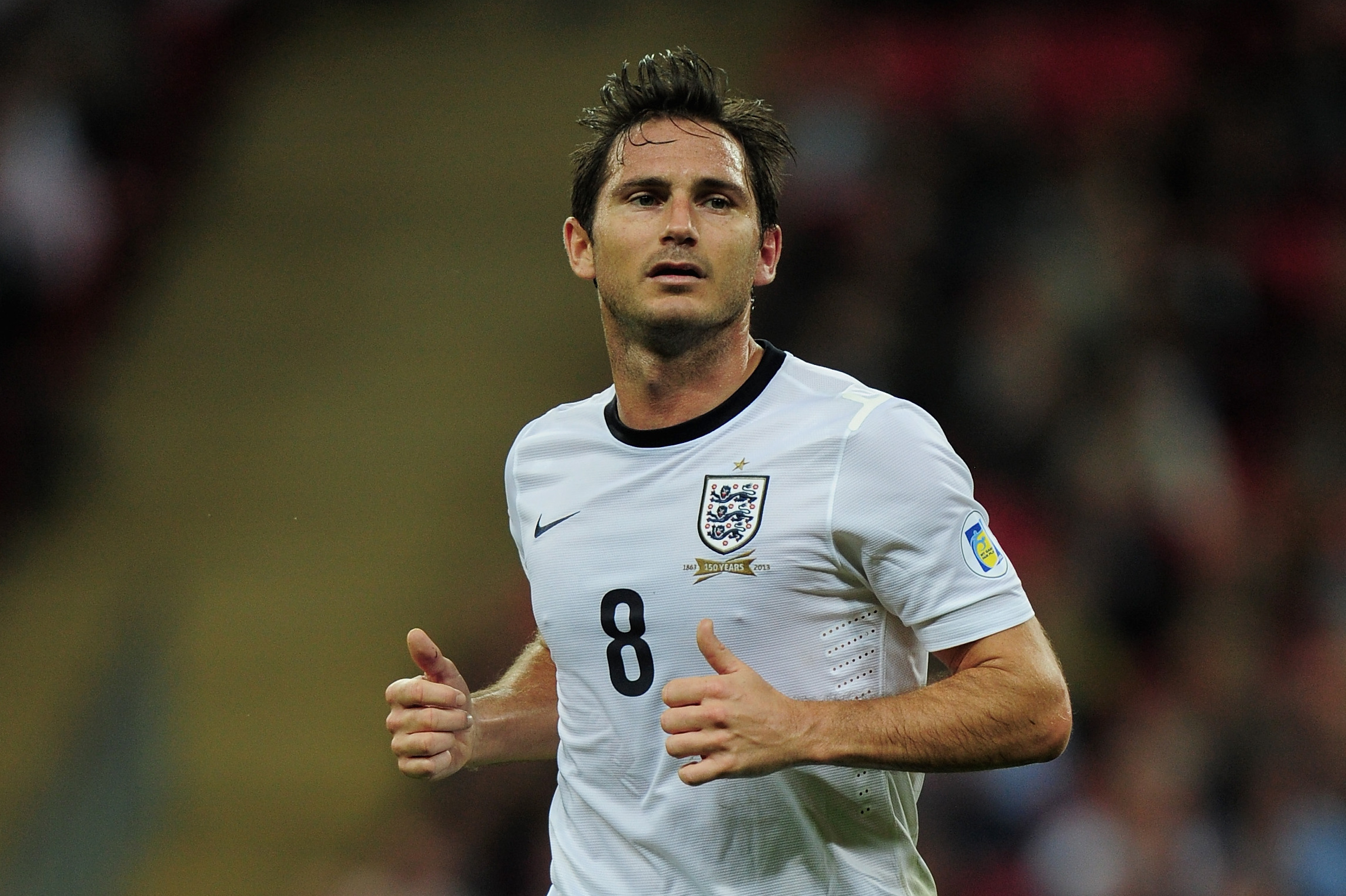 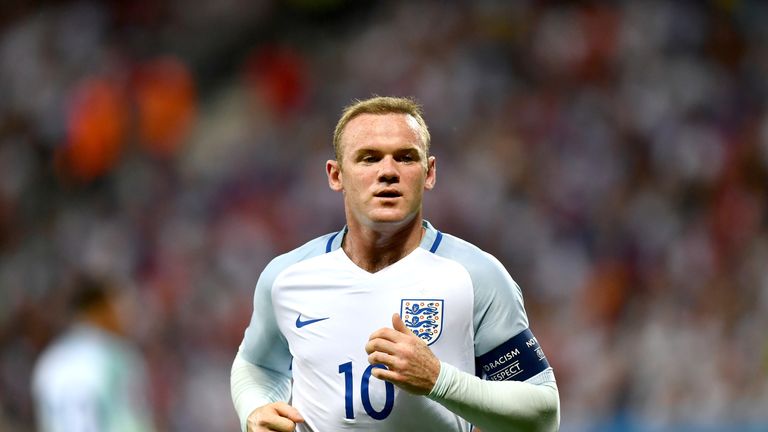 can england finally do it and win the euro or world cup?

If there is ever a time it is definitely now. We are slightly in and entering into the golden age of players for England like we have rarely ever seen before both for club and country. If you look around all the top teams in the world these days that are competing for the worlds biggest trophies and winning their respective leagues you will find English players littered across all of them. Their experience playing at the highest club level and having experience playing with each other in major tournaments and getting some success and carrying the feeling of disappointment with them is starting to create a perfect storm for this group of players entering the next three to five years. So the real questions is can they do it? As things sit right now a few months before the next Euros they are actually favoured to win so yes they can absolutely do it. Obviously that is easier said then done and their team staying healthy, the coach getting the line up just right, making the right adjustments, finishing their chances and getting a bit of luck along the way they have as good of chances as they have in the past 30 years to lift some silverware. You may have to block the numbers of all your England national soccer team friends because they just might finally do it this time. For even more info on the England National Soccer Team feel free to look up their all time roster, goal scorers and much more here.