Driven a Car Before? Perfect, Because the Driven Pass is Nothing Like It 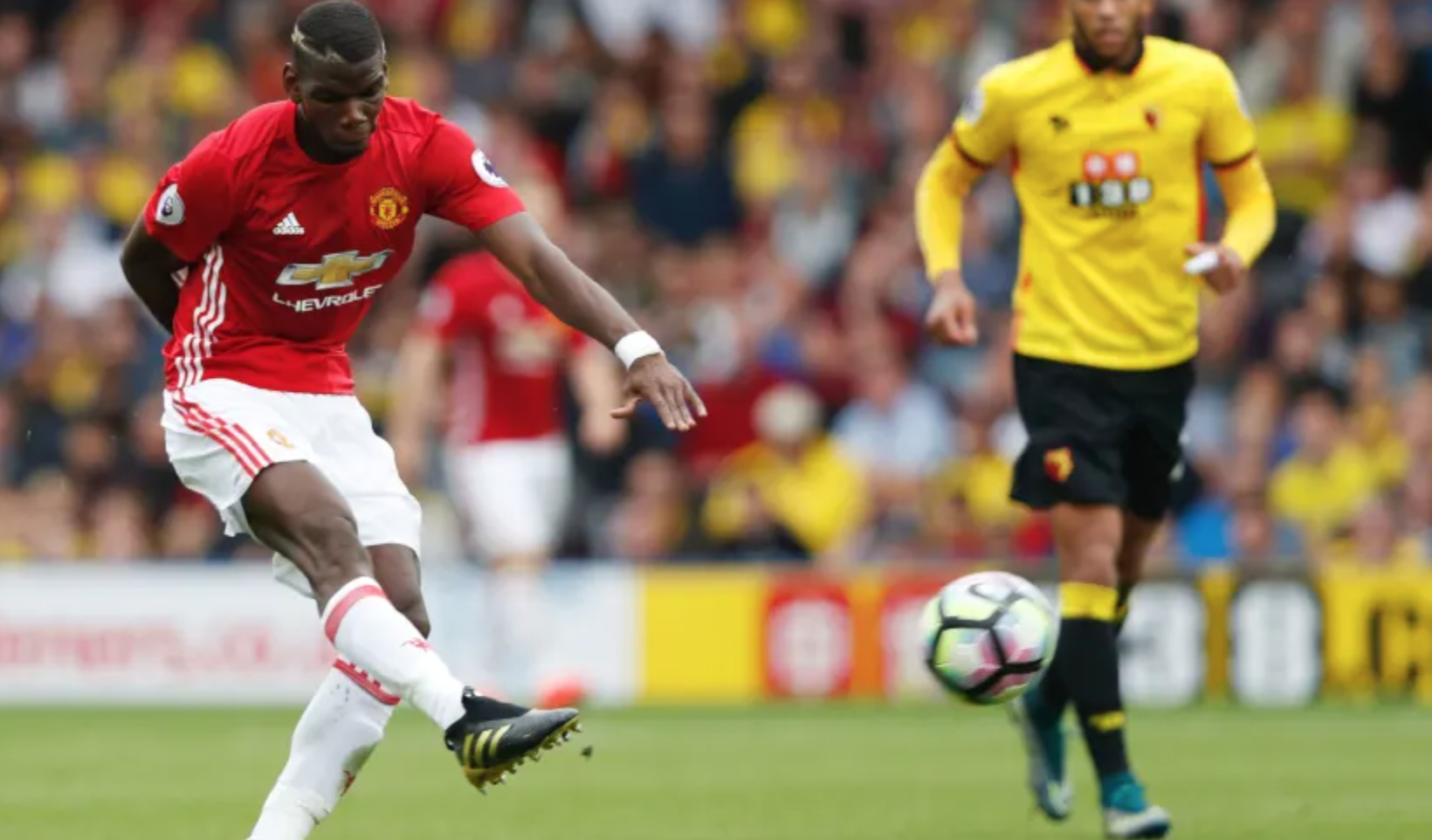 The driven pass is a combination of technique and strength so eat your Wheaties before you start driving balls. This pass can be so effective because of the pace put on the ball (making it difficult for defenders) and it's accuracy. A chip pass is used for going over an obstacle from point A to point B. But when there is no obstacle the quickest way to get to the desired target is with a low driven pass.

Like any great pass you're going to need to stick to the fundamentals and basics, flexed foot, head down and plant foot in the right spot to name a few. If you don't believe me have a look at some pro's hitting some of the sweetest driven balls you've ever seen, just make sure to loosen up that hamstring before you do. When, where and how to execute a driven pass that will have your teammates drooling is the goal here so soak up all the info and head outside to start pinging some balls around the pitch, no ball? Well the dream was fun while it lasted.

Flex that foot young De Bruyne and hit the ball with your laces, it's almost like a shot along the ground but easier to handle. Packed on some carbs while reading? Perfect now let's hit some balls.

LEARN HOW TO PERFORM THE driven PASS VIDEO

TOP 5 THINGS TO REMEMBER ABOUT THE driven PASS

1. Foot Pointed Down - Keeping that foot locked and pointed down through the entire pass is the single most important thing to remember. Keep it pointed down until just before you land, this allows you to make solid and firm contact with the ball. When you flex your foot down it gives you a big open surface to hit the ball with the top of the foot, go ahead you can even practice while you read this at home without the ball.

3. Arm Swing - For good balance, control and momentum be sure to approach the ball while swinging your arm out in front of your body. To be more specific if you're kicking with your right foot take your left arm and make a counter clockwise motion with it from your right hip to the top of your head. Although it sounds weird it's a perfectly normal and natural movement of the arm just before you make contact with the ball.

4. Hit Across the Ball - You want to get slightly under the ball but don't hit it straight on. If you can imagine the ball as a clock you want your foot coming in at it at about 5 o'clock, maybe even 4 o'clock but definitely not 3 or 6 o'clock. Now that we can tell time remember the foot is still locked and pointed and coming in at that 4/5 o'clock angle, good luck Pogba!

5. Head Down - Keep your head down allows you to focus on the most important thing and that is making solid and accurate contact with the ball exactly where you wan to. Pick out your target then keep your head down and focus on the ball until you swing completely through it, and even after it for that matter. The sooner you can pick out your target the sooner you can concentrate on implementing these basic principles of the driven pass.

TOP 5 THINGS TO avoid ABOUT THE driven PASS

1. Admiring Your Pass - Common now keep that head down and quit admiring your pass, focus on the basics and it will all work out. We have this tendency to pick our heads up as soon as or even before we make contact with the ball. What you should be worrying about and putting all of your focus on is keeping your eye on the ball and hitting it exactly where you want it.

2. Flexing Your Foot Up - We have this bad habit at times of flexing our foot up as we make contact with the ball which causes all sorts of issues with accuracy and even worse injury. Keep that foot pointed down all the way through contact until the last moment before you land. Did I mention keep that foot locked and pointed down!!!

3. Inside Of Foot Contact - You are going to want to avoid striking the ball with the inside of your foot and even that part of the bone that wraps around the inside to the top of the foot, you know the one! You are really aiming for the open flat surface on top of the foot beyond the toes and before the ankle. This is where all your accuracy and power will come from so make it a habit of hitting this part of your foot every time.

4. Keeping Leg Straight - It's okay to bend that kicking foot a little Frankenstein. Make sure as you're coming towards striking the ball you give your kicking leg a good bend as you go down into your wind up. After you make contact your leg may tend to straighten a bit which is fine but you really want to sink into the shot to get the right angle and accuracy necessary.

5. Plant Foot Too Close - It's okay we've all kicked the ball with our plant foot sending the ball to move and making us look like fools as we swing our leg through and hit absolutely nothing but air. To avoid that try and get that plant foot about a foot or two from the ball when hitting it and using that plant foot to point in the direction of where you're hitting the ball, the driven pass never looked so easy.

WHICH POSITIONS ON THE FIELD USE THE driven PASS? 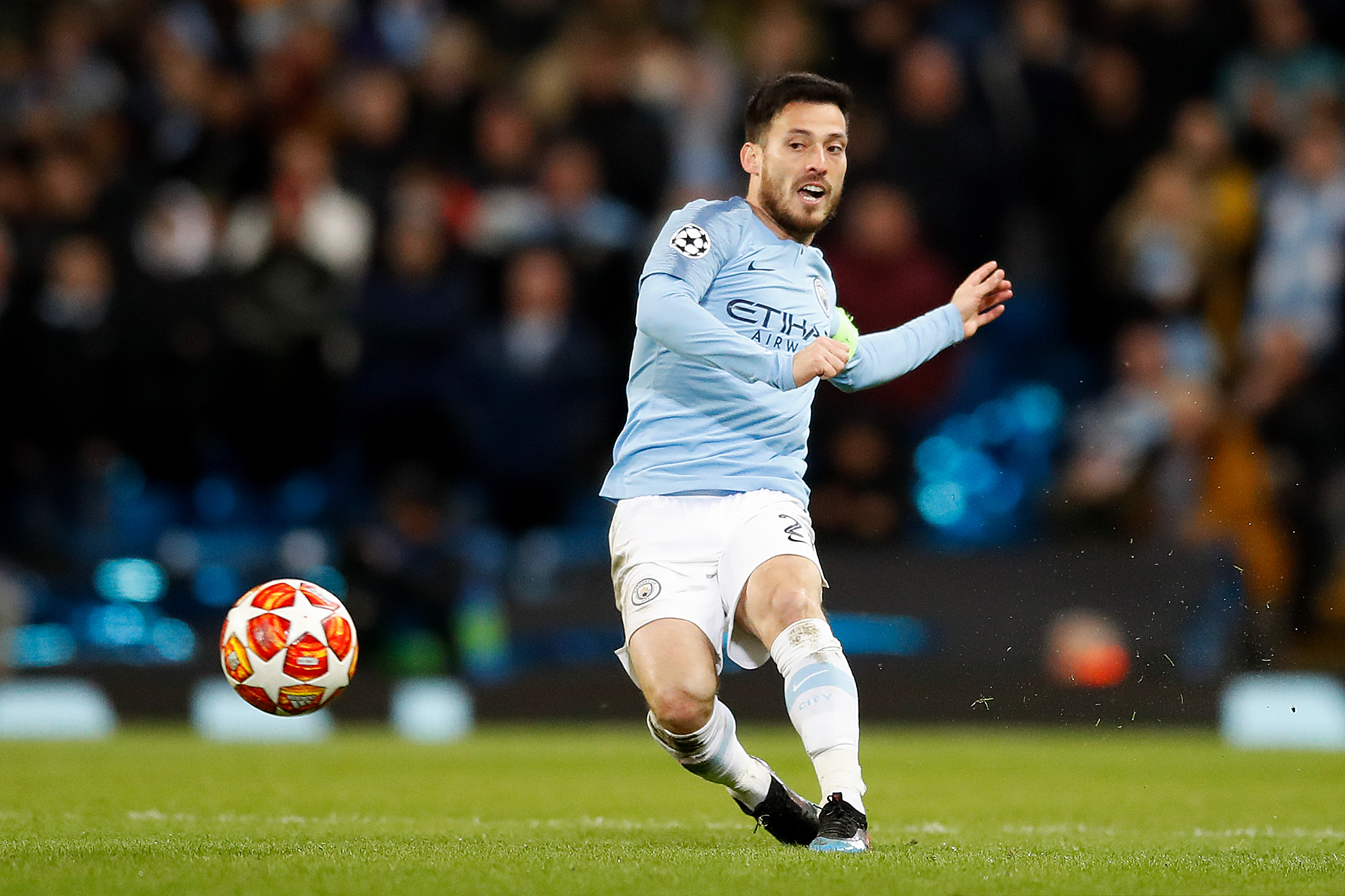 The driven pass at different times throughout the game are used by all positions but like any pass there are a few positions that use certain passes more than others and the driven pass is no exception. This is the when and where the drive pass used on the pitch and by which positions most frequently, get a notepad out, this is going to be good.

Goalkeeper - Keepers love hitting the driven pass as much as anyone and they do it most frequently off of goal kicks, playing out the back finding his wings and direct balls over the top into space for the striker to run on.

Center Back - A center back will use the driven pass when hitting big diagonal balls cross field to the opposite side winger. The low driven pass is also a pass they will use when passing around the defensive line and by passing one player to hit the far player when no opponent is between the ball and the intended player.

Center Midfielder - You'll often see a center midfielder collecting the ball deep in their own end while building out of the back and looking for the weak side winger or full back with a high accurate drive pass.

Winger - Yes even the winger wants to get into the action and typically you'll see a winger hit a driven pass when they are on the end line and crossing a ball into the box, depending on the defenders positioning they will drive a ball high or low.

For a deeper analysis of effectiveness of passes feel free to read this article, Not Every Pass Can Be An Assist: A Data-Driven Model to Measure Pass Effectiveness in Professional Soccer Matches.

WHAT'S THE BEST WAY TO PRACTICE A driven PASS?

To get the driven pass perfected you're going to need to get those reps in and showing up to training and doing it there won't be enough to really master it at a high level. Before and after training try a few of these ideas to work on your driven pass, if you're really serious you are going out to the park and practicing it on your own every day.

Tennis court - Find a local tennis court stand at about where a player would serve from and try and keep the ball low and hit it into the net mimicking a low drive pass. After a few of those back up and change your angle from left to right as you aim keeping it under that net while increasing the power and distance bit by bit. After you've done that now try and it it slightly above the net aiming for a spot on the fence on the other side of the court to practice your driven pass in the air. Same deal as the low one, mix and match your distance and angle and eventually you'll find yourself pinging the ball from every spot on the court. Do this a few times a week and remember to give your non-dominant foot a go as well.

Wall - Good old trusty. Nothing but a wall and a ball does the trick every time. For this one find a wall at a local school, building or where you live and pick or draw a line with some chalk about 2 yards off the ground and another about 6 yards and mess around with hitting low and high driven balls. As always vary the location and distance while alternating feet, try and get at least 50 reps of the driven pass with both feet, by that time you'll be ready for dinner.

Against a Fence - Hopefully it's the local fence or your own not your neighbours but same deal as above, pick a spot use the instructions above and give that fence hell.

The most effective driven pass is the low one on the ground into a target, although the high one is used often but perfecting the driven pass along the ground will give you an advantage over most players considering how many players haven't got it in their arsenal.

some more Things to Remember about the Driven Pass

-After you select your target keep your head down

-Point your toe towards the ground

-Keep your foot and leg flexed at all times

-Hit the middle of the ball with your laces

Like any pass it takes two to make a pass and this pass is no different. Because of its pace and direct line to your target your teammate has to be that much more aware of receiving it. Switching the play, threading the needle and capitalizing on a quick counter are when a driven ball being played can be most effective.

There are several ways you can practice reps of this pass to really get it down. Set up cones or garbage cans or whatever you can find in different parts of the field. Receive the ball and turn or just turn yourself and aim for the target nice and low, as a driven pass is most easily collected by your teammate at their feet. Don't forget about the left foot either, it's not just for getting on the bus ya know.