think you can play for the national colombia soccer team one day? 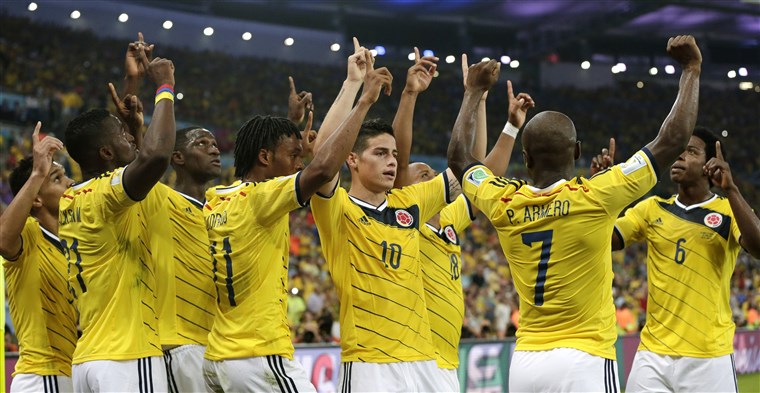 Colombia wins the World Cup!! Everyone can dream right? Hey the Colombia soccer team may hoist the trophy and it may be you scoring that goal one day. Whether that seems like an impossible dream today or not you have to start thinking about what steps you need to take to give yourself a realistic shot of that becoming your reality. How are you training? How are you eating? Are you the best player on your team and among the best in your league? These are the types of questions you need to start asking yourself before you start making excuses and wondering why you're not climbing up the ranks and getting noticed as quickly as you wan to.

Everyone loves watching the Colombia soccer team play but what makes their team so special and what are the attributes that they have that can inspire you and your team to play the same way. Learn how professional national teams play as a unit and what individual qualities each player has that makes them able to play at the highest level for both club and country.

Valderama, James or Higuita? Who do you have as the greatest player ever to put on the yellow jersey for Colombia? Below you will find the answer to who the best top 5 Colombian soccer players are of all time and the top 5 best current players to play for the national team. 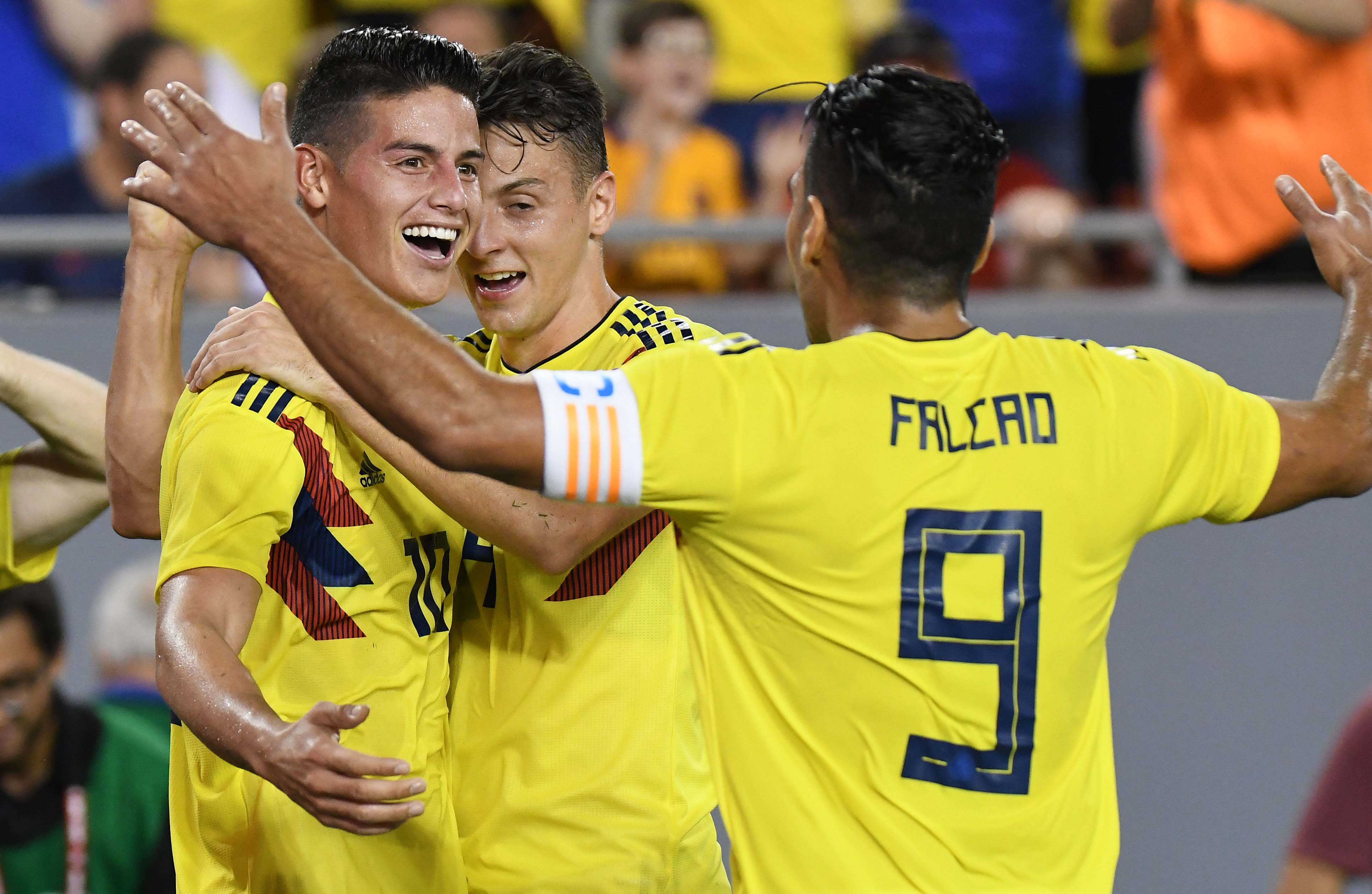 1. Technical Ability - Whether it's controlling a ball, dribbling a player or picking out a perfect pass the technical ability on display from each and every one of the players on the Colombia soccer team is without question amongst the best in the world. The Colombians are known for their incredible ball mastery and technical flare when manipulating the ball along with their ability to play in and get out of tight spaces with their incredible display of footwork and ball skills. No matter the position they play their style of play demands a high technical level from every single player from goalkeeper to striker and everyone in between. I've yet to come across a Colombian player at any level that wasn't incredibly proficient technically with both feet and any other body part for that matter.

2. Athleticism - Compared to many of their smaller in size fellow countries in South America Colombians are known to the tall, powerful and athletic ones on the continent. The Colombia soccer team has a unique combination of speed, strength and overall athletic ability when it comes to the physical side of the game. If you want to have a chance to compete with the best from Colombia you need to make sure you develop at least one outstanding physical quality so you can keep up. Whether it is your conditioning, strength, speed or vertical just to stay on par with them you're going to need to be dedicated to the physical side of the game.

3. Dribbling - If you've ever seen a goal scored by the Colombia soccer team then you've seen their incredible dribbling skills on full display. Whether it's James tip toeing into the penalty area or Cuadrado running at players on the wing this team has a complete team filled of incredible dribblers both in tight spaces and across large parts of the pitch. Every player on that team must be given the green light to take players on because any time a player has a defender lined up 1v1 the only thing that seems to be on their mind is to take them on at full speed.

4. Combination Play - The Colombian national team plays the game at a very high level of speed and their ability to combine with one another while playing at such a rapid pace may be what is most impressive when you watch them. Give and go's, third man runs, flicks off the post you name it the Colombia soccer team knows how to play complete team football and isn't scared to use each other in the final third to combine and make beautiful goals out of perfect one touch football.

5. Passion and Pride - If you've ever seen a goal celebration, a big win or a big loss from the Colombia soccer team you've been able to witness they type of fire and passion they play the game with. It must be in all of their blood because the way they put all of their emotion onto the field when that whistle goes is a true thing of beauty. Being talented and playing as team is one thing but to able to have the same passion to improve and win every time you play is truly rare in sport and the Colombians are never short on either. 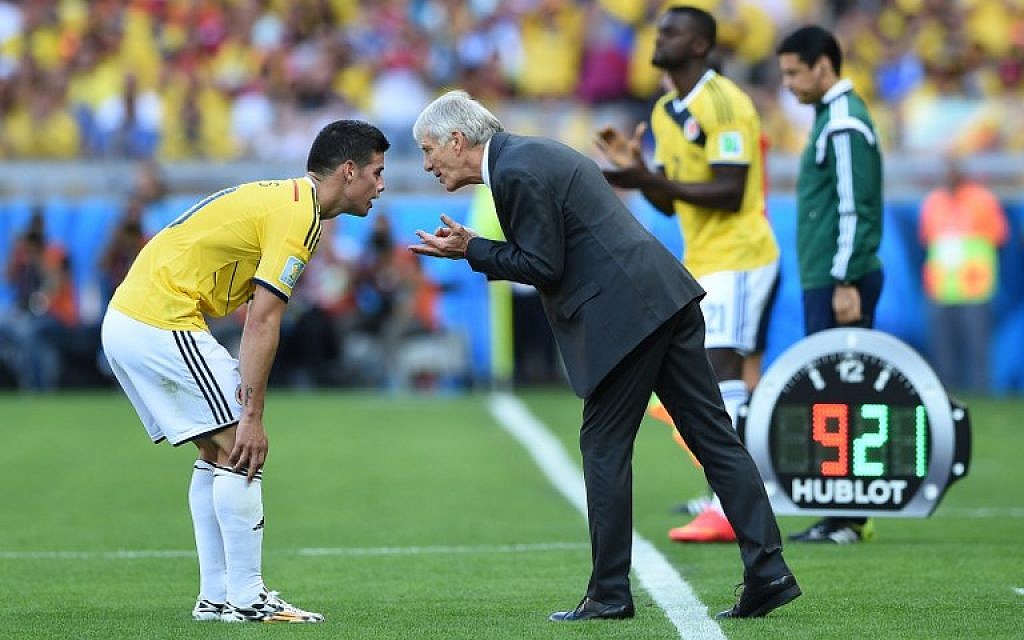 1. Sign With An Agent or Agency- Every player that you see on TV playing in the top leagues has an agent that helped them climb the ranks. Even the players you see in the 2nd and 3rd division have their own agents to open up doors for them when the time comes so why wouldn't you get one of your own? If the Colombia soccer team is in your sights you're going to need an agent to get you your first pro tryout before the national team scouts put you on their radar. Whether you're trying to get your first pro contract or make the jump from a lower level league team having a strong agent is the difference between making that dream move and making sideways moves every transfer window.

2. Family/Friend Connection - This may not be a reality for everyone but if you have a family or friend that works or knows somebody in higher soccer circles you need to see if you can use that to make a leap to the pro ranks. It may lead nowhere or it could lead to that first door opening for you that may lead you to playing for the national Colombia soccer team one day. Sometimes we just need to ask and see if it's a possibility if that hook up will help us out and give us an opportunity, if it's a no then at least that's one thing you can check off your list instead of constantly wondering if they can be of some help to make your dreams come true.

3. Playing For A Top Team - No matter your current situation you need to strive to play for the best team in your league. It's not enough just to be a great player in your league you need to be the biggest star in the biggest galaxy. Not only will playing with the top team get you more attention from scouts as those are the teams they typically watch most you will also start to get pushed even more in the training environment. Training against the countries best players day in and day out will raise your level more than dominating training on a mid table team will any day of the week. Gaining more attention and eye balls on you is one thing but being pushed to bring your best to training every single day will develop you faster than you could ever imagine.

4. Live and Train Like A Pro Starting Today - For an entire week write down everything you do every single day including your training load, what you eat, how much you sleep and have a look at it and see how it compares to a pro player. If you're waiting to sign that pro contract and play for the national Colombia soccer team before you start training and living like a pro then you'll never get there. How are you supposed to close the gap on the players who are training 6 or 7 days a week while you're only maybe doing half of that? Start eating, sleeping, recovering and training like a pro to separate yourself form the competition and get noticed.

5. Analyzing Your Own Games - No matter what age you are I bet that over 90% of the players you play against don't go home after games and watch their own footage and break down their own game. This could be the way you separate yourself from whatever everyone else is doing and critically analyze all the the things you're doing well and all the things you need to work on. After you've done that yourself ask your coach or someone you trust to watch a few of your games and give you some honest feedback that will help you improve. This is the single most important thing you can do that nobody else is to really grow and develop your game on a week to week basis. When we talk about training like a pro this is the type of stuff they are doing so why not do it before you get there? 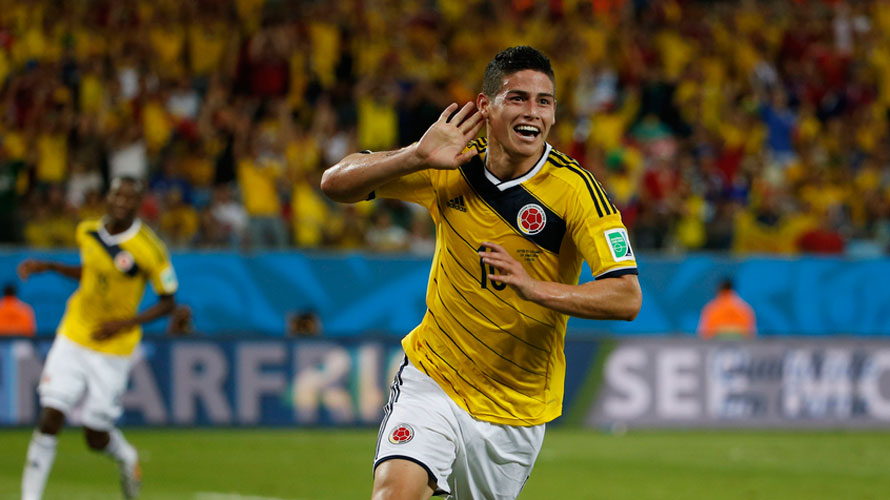 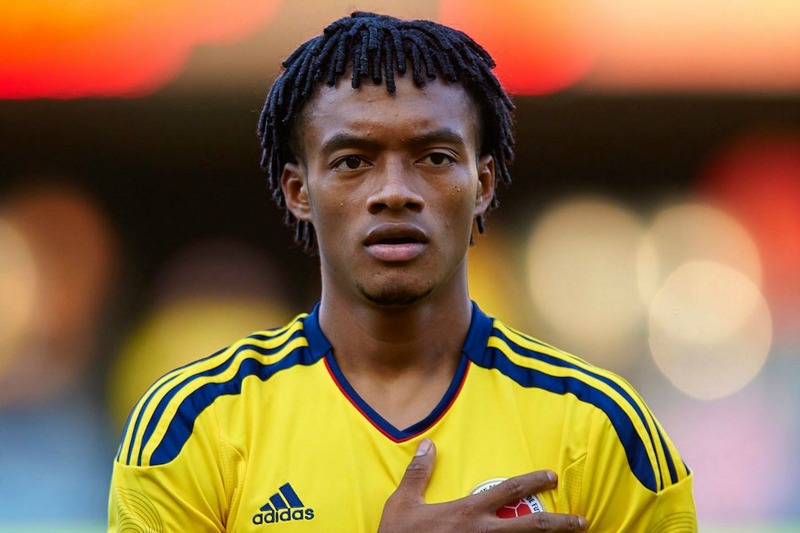 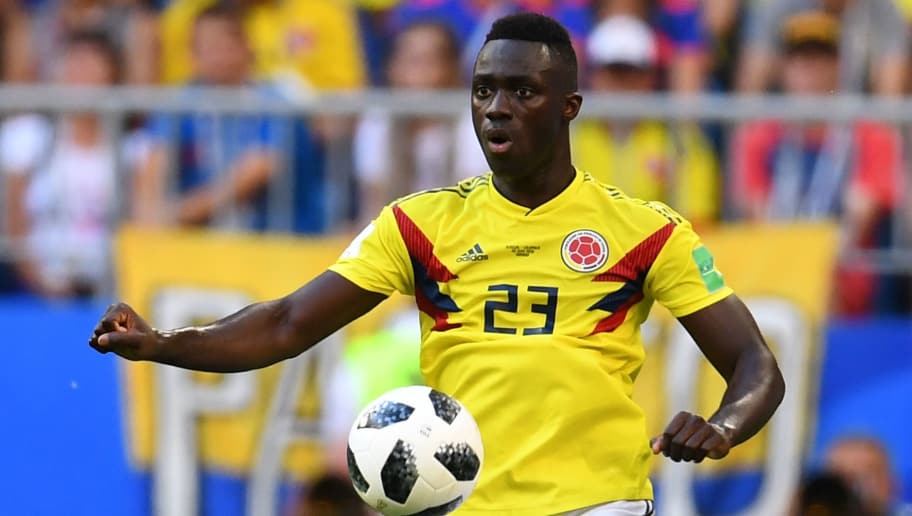 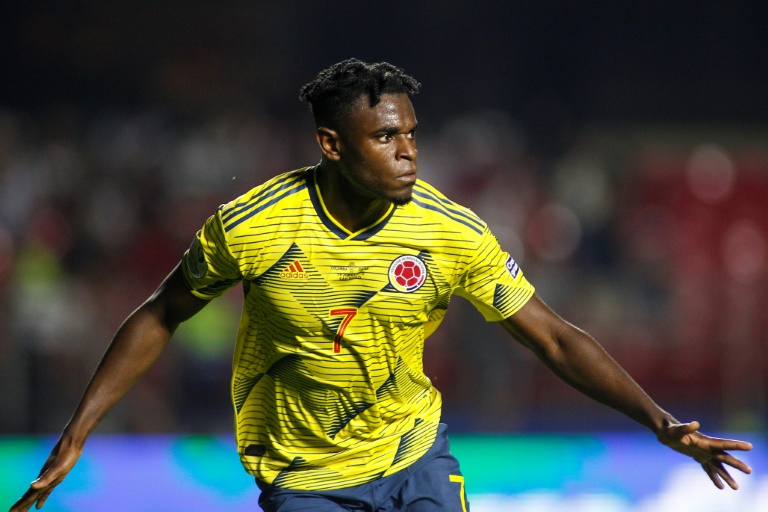 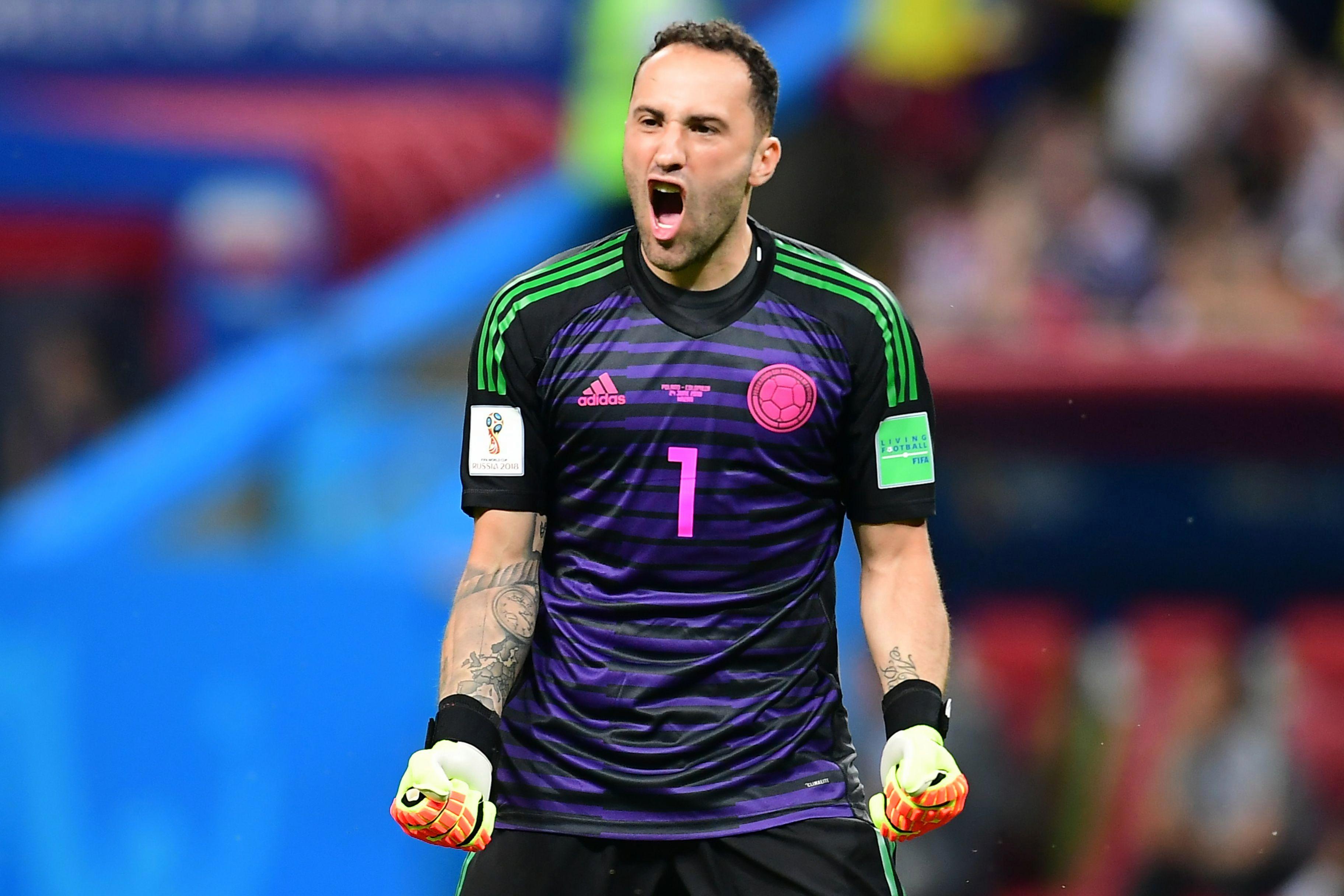 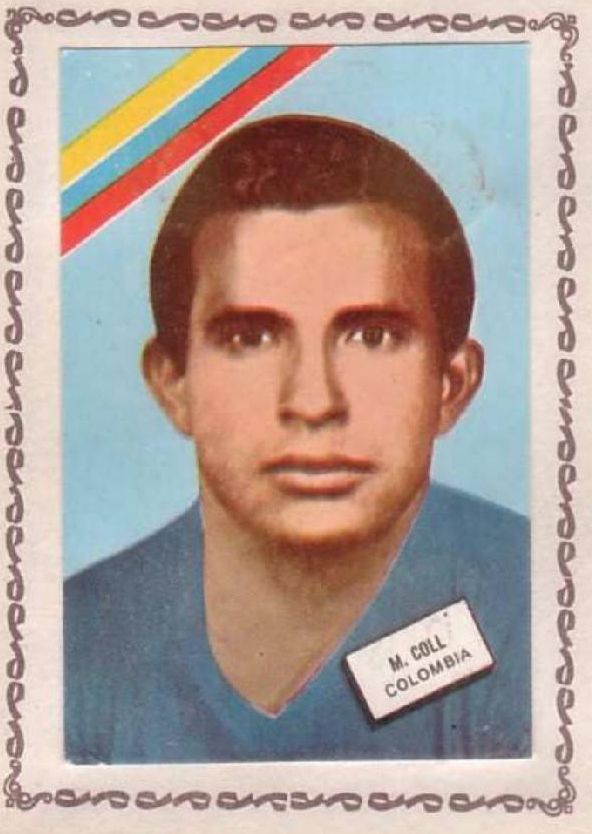 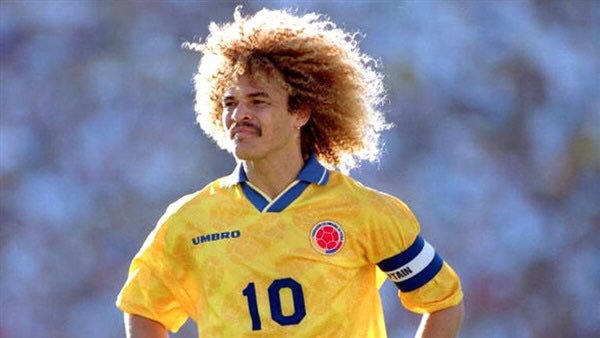 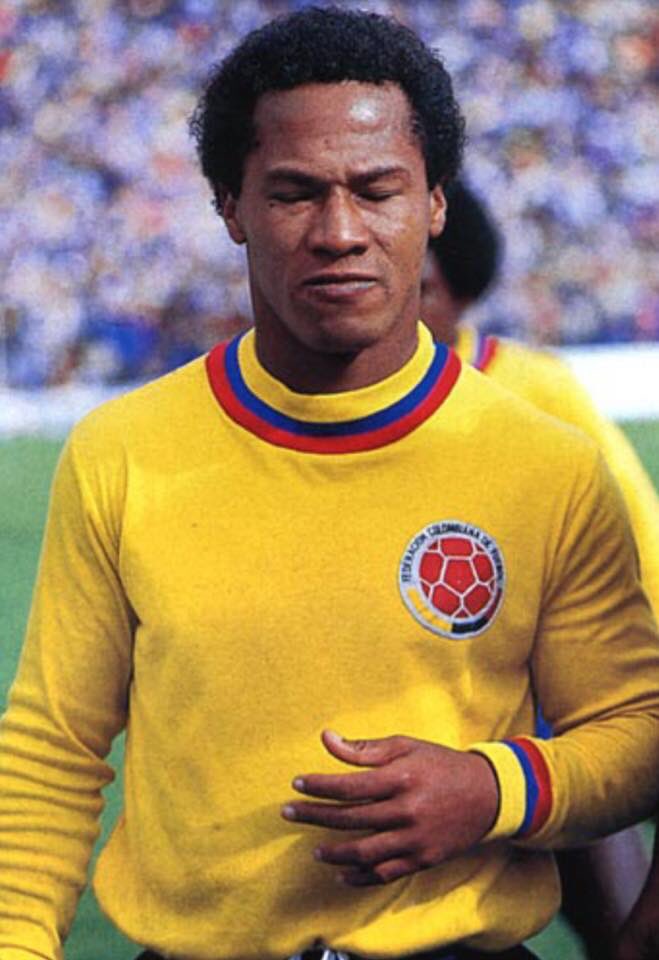 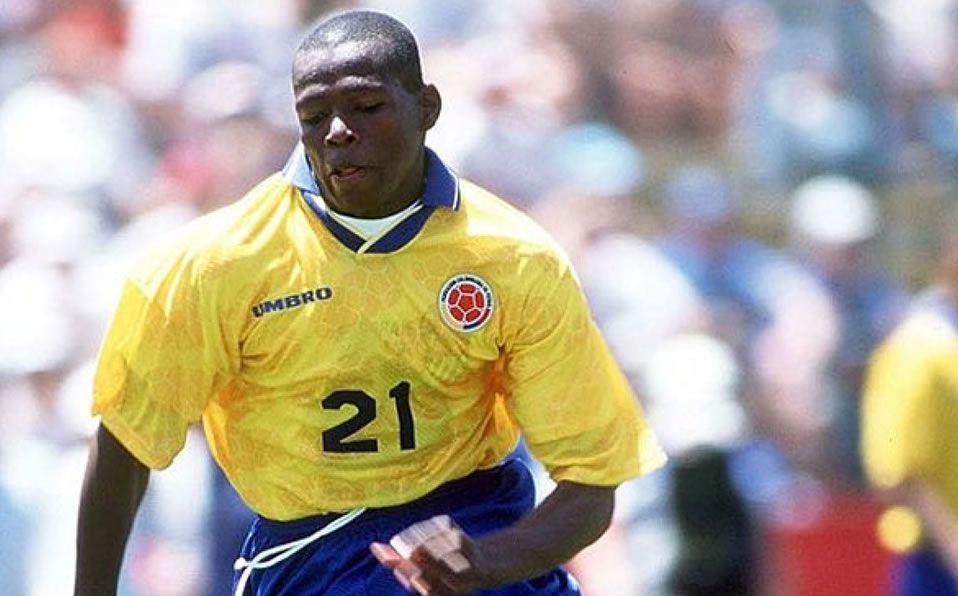 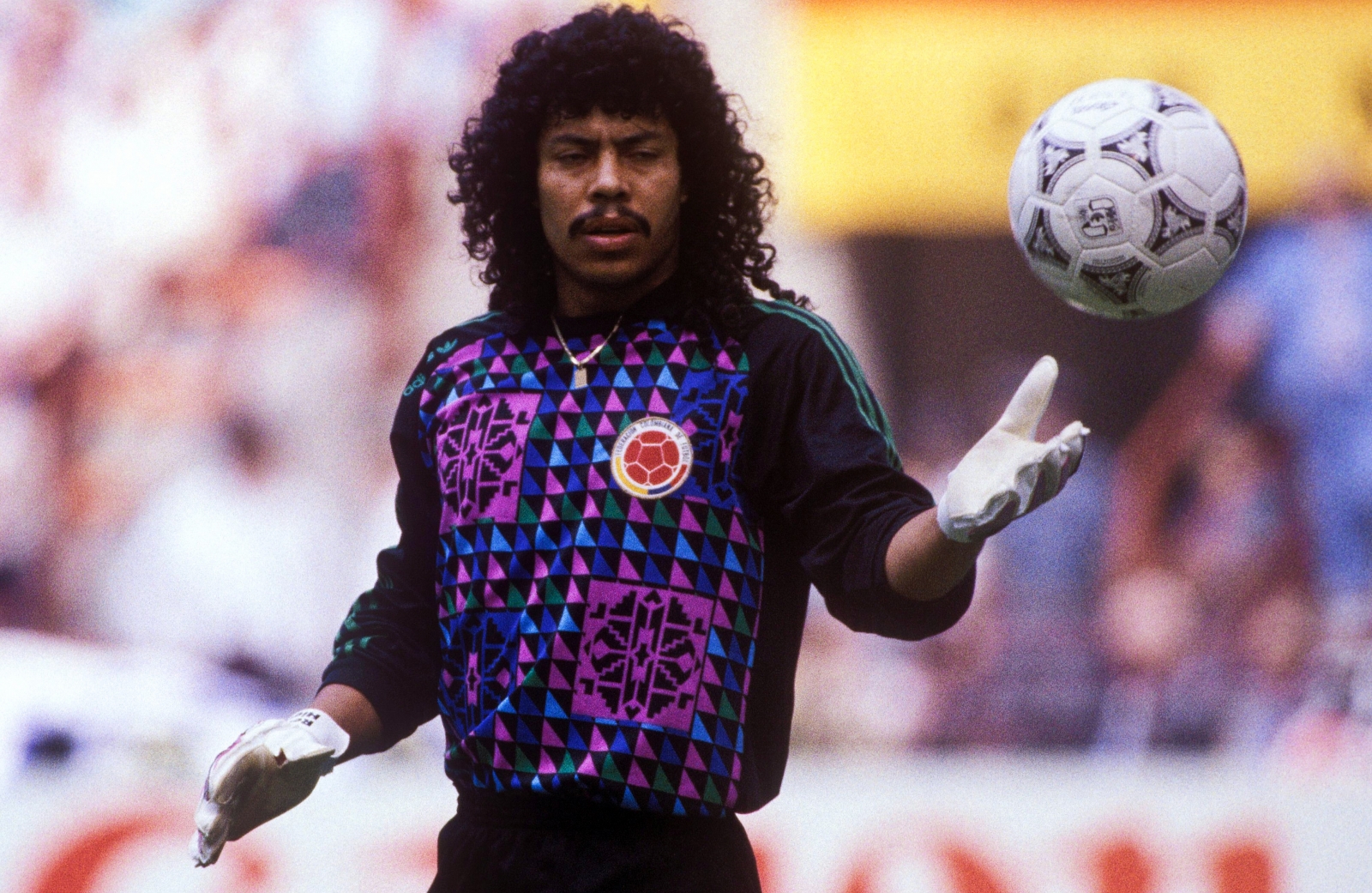 what does the colombia soccer team need to add to become world champions?

The Colombia soccer team believe it or not to truly compete for the world's biggest prize in football needs more than a few additions to make that a reality. I mean they do have some great players in several different positions but don't truly have one world star, and typically you need a couple of those to have a chance. James is probably their biggest star and he plays for Everton, which is a great club but the best of the best are at elite clubs in Europe that challenge for the champions league every season.

They also need some world class defenders and a world class striker, I know that is asking a lot but they have a lot of very good players and not enough elite players in their positions when compared to the Brazil, France and Germany's of the world. Colombia needs quite a bit of work and are now in that second tier of teams that will have a good showing and will be tough to beat but aren't considered among the top five favourites to win the World Cup.

what are the most famous club teams in colombia?

The most famous clubs with regards to winning championships domestically and continent wide or without a doubt Atletico Nacional, Millionares, Cali America, Deportivo Cali & Independiente Santa Fe. These clubs are famous for producing some of the best Colombian talent world football has seen over the past century and are a hot bed for talent at every age. These clubs youth academies are like factories for developing players and sending them off to top Colombian, Argentinian or Brazilian team within South America or even Europe. If you ever get a chance to see a game in Colombia these are the clubs you want to be sure you watch because of the talent and passion on display by each of their players.

has colombia ever won a major tournament like the world cup or copa america?

Copa America yes, World Cup not yet. The Copa America win in 2001 when they hosted was the biggest triumph the country has ever seen and also their first time winning the Copa America and first time winning a major tournament. It's surprising to see that they've only won the Copa America once and it is their lone major trophy, it's obviously a difficult title to win considering the likes of Brazil, Argentina and Uruguay fighting for it every year but you would think a country with it's rich footballing history would have a few more of those major honours under their belts.