Pass the Chips? No No No Chip Pass, Oh Bon Apetit Then! 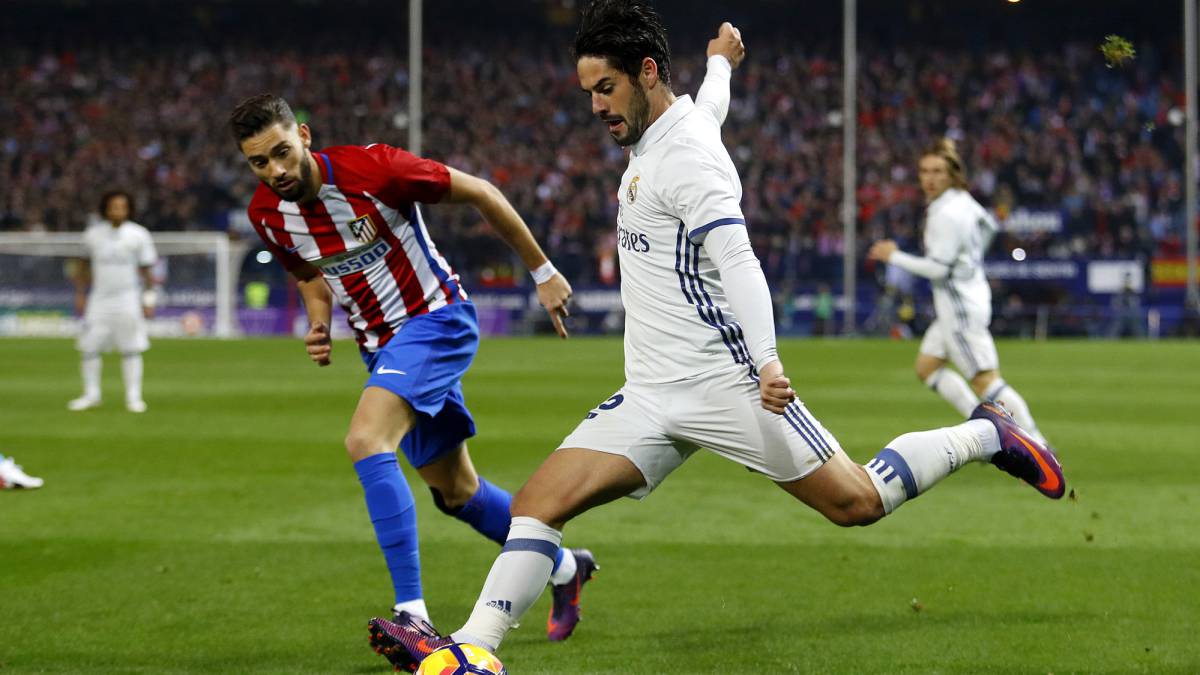 To master a skill like the chip pass it takes more than a pretty face, actually it doesn't even take that. What it does take is execution of the technique involved. If you're like me you learnt this pass before you could read or write because you know how important it is to becoming a complete creative and versatile player.

Not being able to use this skill in a game is really hurting your growth as a player because of its versatility. Playing a big ball across the field or in behind the backs or even on goal the chip is a weapon every great player carries in their holster, ya hear that cowboy? Now if you're really looking to use this pass to its fullest potential you need to start practice doing it one time. Say what?? You already know the game is to be played quickly and you should be playing one time passes whenever you can and the chip pass is no exception, dead ball, moving and one timed are all variations of every pass you should feel comfortable with. Before we get to the good stuff just make sure your laces are tied, just checking.

top pro players who have mastered the chip pass

TOP 5 THINGS TO REMEMBER ABOUT THE chip PASS

1. Prep Touch - The actual execution of the chip pass is nothing without setting the stage properly with a perfect preparation touch right out in front of you. So much of our pass selection depends on how our first touch sets s up to choose the appropriate pass, your first touch is your setter in volleyball, your catcher in baseball and your offensive line in football, always setting you up for success.

2. Pick Out Early Target - You won't even get a chance to execute the skill you've worked so hard on if you don't know where you're going with it even before you get it. Defenders will be breathing down your neck closing down your space so pick out your target well in advance so executing the skill is where all your focus can be.

3. Get Under the Ball - There's nothing worse than under hitting a ball and not getting enough lift on it. Think of it as your golf club, get nice and under the ball and always over hit it. At least if you do that you have your teammate a chance at getting it and maybe even a mistake by the opposing team in tracking it down.

4. Plant Foot Placement - Where you put your standing foot can make all the difference in accuracy, stability and power so be sure to get it in a position that is comfortable for you. Typically half a yard from the ball is the desired space where you're not hitting the ball with it, getting in the way of your kicking foot as well being able to get a good angle on the kick. This plant foot should have its toes pointed towards your target, that way your whole body (foot, hips and upper body) are all pointing in the desired direction.

5. Angle of Kicking Foot - You are going to have to work on this and get the right feel for what works for you over time but a good starting point is pointing your foot outwards at a 45 degree angle. This will allow you to make contact with the ball with a big surface of your foot while giving it enough space to get under it and give it that lift you need for a quality chip pass.

If you're looking for a step by step detailed explanation with photos and videos of the chip pass feel free to read this article for a deeper understanding of How To Chip A Soccer Ball.

TOP 5 THINGS TO AVOID WHEN DOING THE chip PASS

1. No Look - Okay easy Ronaldinho we get it you want to make it look effortless, cut the crap and focus on what works, pick your target then keep your head down to make good contact with the ball. Some players have a bad tendency of trying to do no look passes because they see Neymar or another Brazilian do it from time to time, keep it simple for now.

2. Plant Foot Too Close - Avoid getting that plant foot in the way of your contact with the ball. Even on the follow through the plant foot can cause issues if too close or too far from the ball. Use it as a stabilizer and give yourself enough room for the kicking leg to hit the ball at the angle it needs to.

5. Under hitting - When trying the chip pass in the early days get used to over hitting the ball and then scale it back from there. Overhitting this pass will always be better than under-hitting it. An overhit will still give your teammate something to run on to and give something for the defenders to deal with. Under-hitting will just create the attack for the opponent, when in doubt, over hit! That was supposed to rhyme.

which positions on the field use the chip pass the most? 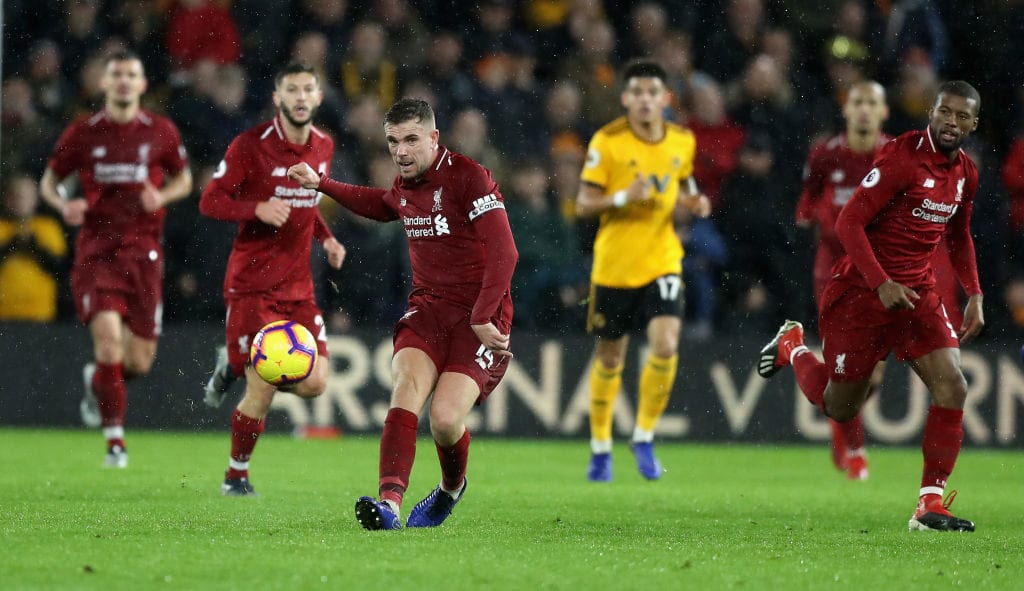 Other than the push pass the chip pass will probably become the most used pass in your arsenal. Now no matter which position you play you are going to need to know how to do the chip pass (yes even you goalies). The positions that will use this pass the most are any position in the defensive line and center midfielders. Those are the primary decision makers on the pitch and the ones that are trying to make that decisive pass trying to break down the defensive lines in one way or another.

This isn't to say that the other positions should not be learning and mastering the chip pass but I would keep it as a secondary part of your game you need to work on. If you are having issues completing these passes have a look at another player on your team who may be strong at this pass and ask them to see if they can give you a few helpful tips. If that doesn't work next time you watch an EPL game make sure to focus on the defenders and central midfielders as they line up this pass over and over again. Really focus on what they are doing well from a technical stand point and why they hit it so effortlessly. They may make it look easy but I can assure you they have put in countless reps to make it look that way.

what's the best way to practice the chip pass before and after training?

Drag all those trash cans around the field onto the pitch, see where I'm going with this? If you have the luxury of working with another person have them serve you balls from different areas at different speeds take a touch and aim beyond the garbage can then eventually inside of it. After that you can try and do some chip passes one time from the pass, these are more difficult and will take you longer to really perfect. Be sure to do the movements before receiving a pass that reflect the position you play. If you are a center back look to receive the ball across your body before serving balls centrally and diagonally. If you are a central midfielder rotate receiving the ball with your back to the opponents goal also side on to mimic the ways you will receive the ball in a game.

If you are away from a field and just want to work on it alone then take your ball and use the side of your house or even better a big wall at an elementary school or condo building and get some reps in there. Remember mix it up using both feet and using a prep touch and just hitting it one time. This is how you become a pro and surpass all your teammates and opponents who are just attending training and nothing more.


should i work on both feet for the chip pass? i mean messi is one foot dominant right?

Well you do have a point and I am a strong believer in being a master of your craft rather than a jack of all trades. The way I always explain it is do the the things that your position demands and do those fundamentals really well. The other stuff that doesn't come up as often for example a striker working on defensive clearances or center back working on finishing with both feet you will pick up as you go but really specialize in the things that present themselves the most in your position.

If your team doesn't track stats get the game tape and take a tally of all the different passes and shots you take. Compile the stats over at least five games then see the different shots and passes that come up most in your position. When you see the things that come up the most (for example a full back crossing the ball eight times a game or a defender playing diagonal balls five times a game) start to really work those into your pre training routine. Now you have the pieces of your game that need and demand the most work from you away from the actual matches.

More Things to Remember about the Chip-Pass:

-Look up, pick your target then keep your head down

-Get under the ball enabling the pass to be lofted

-Keep your hips square to your target

This is one weapon that you can use over and over again and will be useful as long as you play the game. Chips over the top, out wide and even in behind the keeper make this pass so important. To make this even deadlier mastering it with both feet is the holy grail, it just gives you so many more options and confidence on the ball.

As simple as the pass may sound it takes a lot of reps to get it just where you like it. It will take countless hours on the training pitch and many in a match to really feel out how useful it can be. Lining up some balls and hitting 100 reps a day can really go a long way in making this pass your bread and butter. It's really important train position specific so you can master all the different situations that come up in a game specific to your position such as passing skills like this one and others should it be a common occurrence in your game.