brazil soccer players are so damn good! but why and how?? 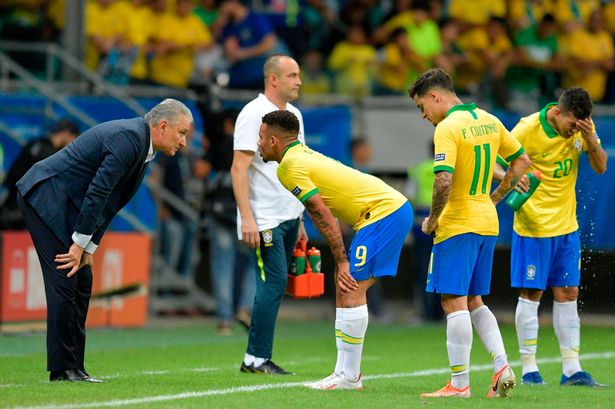 Joga bonito anyone?! When the beautiful game is played by Brazil soccer players there is nothing on this planet better to lay your eyes on. Well except maybe a woman from Brazil but let's stay focused here please, eye on the prize. There has always been this mystique around Brazilian soccer players and that little extra piece of magic they all seem to have in their feet, whether it's Ronaldinho's megs, Neymar's rolls or Ronaldo weaving through countless players the Brazilians are born different.

What you can do to elevate your game and try and play like a Brazil soccer player (instead of trying to change your citizenship) is dissect what makes them so special and try to work on those parts of your game to get at least a little Brazilian in your game. The footwork, the speed, the smile and the swagger all come from their environment and hard work so maybe you too can add a little flare to your next match too. I hate to break it to you but the amount of work that goes into one of these players getting to the highest level can't be understated, being born in Brazil obviously isn't enough.

Last but not least we have to talk about the best Brazilian players both past and present to see what makes them so irresistible to watch and try and mimic. No matter your favourite player there is no way to choose the wrong best five Brazilian players currently and of all time (just please stay away from David Luiz for now please). 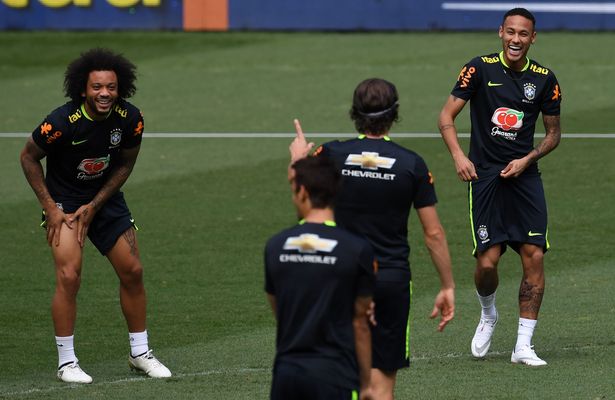 1. Passion & Love For the Game - There is a saying in Brazil that their most popular sport is volleyball because soccer is not a sport to them but their religion! (gotta work on my Portuguese accent). The amount of love and passion that Brazilians play with is something difficult to measure but comes out of their pores as they play. This is probably why you see so many Brazilians have so much joy and fun when they play the game and seeing them smile throughout the match is something so common. When you love what you do you never work a day in your life and when Brazil soccer players lace up their boots you can feel their love and energy for what they do.

2. Elite Technical Ability & Skill - It goes without say they the Brazilians we talk about, watch and love seems to have incredible unmatched foot skills. Whether it's dribbling, passing, shooting or twisting and turning the ability for them to control the ball at an expert level is no doubt a reason they are so great. Many of us have seen Brazilians do things with the ball we couldn't imagine possible and not just at training in games against some of the world's greatest defenders. Don't get it mistaken although they seem like samba dancers on the field their fundamentals of the first touch along with passing and receiving of a ball with all body parts are second to none.

3. Unique Genetic and Athletic Build - Brazilians seem to have that perfect athletic combination of half African and half South American that allows them to be quick, nimble and powerful all at the same time. We've all seen Brazilians that have a lightning quick first step like Neymar, Ronaldo and Pele but also explosive power such as Roberto Carlos and Cafu. Their remarkable mix of power and speed is like bringing all the best attributes from all the worlds athletes and putting it into one country. As if having incredible dribbling skills and footwork wasn't enough they also have to be strong and fast, at least let's hope they aren't good at math or singing and dancing or something, they can't have it all!

4. Brazilian Environment & History - It's almost like they owe it to their country and all the great Brazilians that have come before them to play the game with such grace. Maybe that's it, not only is their physical environment perfect for training for football (sunny year round, little rain and pitches everywhere you turn) but their culture demands them to play the game this way. You can't be the next Ronaldo or Neymar by playing like James Milner or Frank Lampard (no offence) the Brazilians would revolt, it's not enough to play well, you have to look good doing it too if your from Brazil.

5. Humble Beginnings - Many Brazil soccer players either grew up in poor areas of Brazil such as the slums and weren't just playing soccer to get some exercise and meet some new friends like many others but to make a new life for themselves. For many of them succeeding in this sport was life or death for them and their families because if you can't get out of the slums with football you may never come out. This is why you see so many Brazil soccer players play with the passion and heart they grew up playing with because to them it was much more than just a game but a way to provide for their families and change their family footprint forever.

top 5 ways you can play like brazil soccer players too

1. Increase Your First Touch - If you want to resemble the Brazil soccer players that we love to watch you're going to need to work on that first touch. Whether it's taking a ball down from in the air or setting up your next pass from a pass on the ground your first touch will make or break your Brazilian like play. As much as we love watching Brazilians weave, dip and dodge defenders with their fancy feet sometimes it's their deadly first is the only one they need to get by a defender.

2. Ball Mastery - Whether it's dribbling, megs, step overs and so much more complete ball mastery is necessary to resemble anything like a Brazilian. Pick a part of the body and a Brazil soccer player can pass, shoot and control a ball with it so you better work on total body and ball mastery to start being stopped in the street and mistaken for Neymar. Your goal should be over 1000 touches of the ball every single day no excuses, this will get you to a level of skill only seen in Rio and Sao Paulo (that's in Brazil Columbus!)

3. Flare In the Final Third - As nice as it is to connect passes and do your job on both sides of the ball what Brazil soccer players do best is light it up in the final third. Brazilians make defenders look like pylons on their way to assisting or scoring goals in the final third so if this is a part of your game that needs work then reading this is your first step to improvement. Fake shots, step overs, rainbows and whatever else it takes to show some product and outcome in the final third of the pitch. Every great Brazilian was known for their ability to score goals and score goals in style while they were at it.

4. Improve Both Feet - Any great Brazilian will have magic in both feet so if you're completely one footed it's time to step up your game. "But what about Messi!!" the people cry "he only uses his left", well first that isn't true and second he isn't Brazilian so can we stay on topic here? Thank you. To be a deadly winger or striker you're going to be able to dribble, cross and shoot with both feet to get the most out of the attacking third of the pitch, especially if the opposing defender has done their homework and knows you only go left like Zoolander. Brazilians are proficient in doing all things with both feet, they couldn't probably drive cars with both feet if they wanted to do I bet.

5. Play With A Smile - It's okay to be serious and focused but their has to be a level of enjoying what you do to take the pressure off and just play freely and at your best. When you remove the barrier of expectation it's amazing what we are able to accomplish, if you're not enjoying what you do then you really shouldn't be doing it all. It's amazing to see Brazilians who have never lost that love for playing and you should do the same, never forget about how much you loved the game as a boy or girl and how much joy it brought to you and your family on a weekend, let that joy fuel you to play well.

what are the most famous clubs in brazil that the best brazil soccer players started playing at?

As much as we wish these Brazil soccer players just grew off trees in their neighbourhoods countless hours went into improving and developing their game into what we see today. Much of the credit goes to their youth coaches and clubs where it all started. These Brazilians soccer producing factories have a high focus on small sided games with no time to think that require high IQ, speed of play and decision making. Another large emphasis is on foot skills, ball mastery and overall skill with the ball, you can clearly see this in all first team Brazilian pro's as they all have that touch, IQ and speed of play in one way or another. This is why Brazilians are the most bought and sold players in the world, if you're curious what the best Brazilian players from the National team are worth on the transfer market feel free to read about it here.

The five most famous clubs for developing players are Santos, Flamengo, Palmeiras, Corinthians and Cruzeiro.

what do brazilian soccer players do that other kids may not?

By far and away the biggest thing Brazilian kids do to develop their game that others may not is play the game outside of their structured club teams training day and night. If you've ever heard of Copa Cabana beach kids are playing soccer on the beach all day long and then under the street lights on the street and then again the morning at school and at the park with all of their best friends. Structured training is all fine and well but it's not enough reps, getting out with a ball and a couple of nets made out of your shoes is the difference between a kid from anywhere in the world versus a kid from Brazil.

at what age are brazil soccer players scouted at?

You're not going to believe this but soccer players in Brazil can be identified as early as 8 or 9 years old to have certain special qualities to become professional football players. The way you the move, react and interact with the ball are spotted at a very young age and are invited into different youth clubs as mentioned above. From here players are developing their skill and understanding of the game day and night feeding into their god given ability and passion for the sport.

This may seem too early or premature and not every kid scouted to be a young prodigy at this age works out but they don't want to take a chance at missing and grooming the next Ronaldo, Neymar or even Pele. Typically some of the things they look at are decision making, reaction time, technical skills with the ball and physical attributes such as above average speed, strength and overall athleticism. The risk many of these kids run is being released by a youth club at a young age and being emotionally crushed and leaving the sport completely, some say it is cruel and others say that the type of player who is going to make it pro has to have the mentality of overcoming such hurdles at any age.