the attacking center midfielder is your teams best player right?? 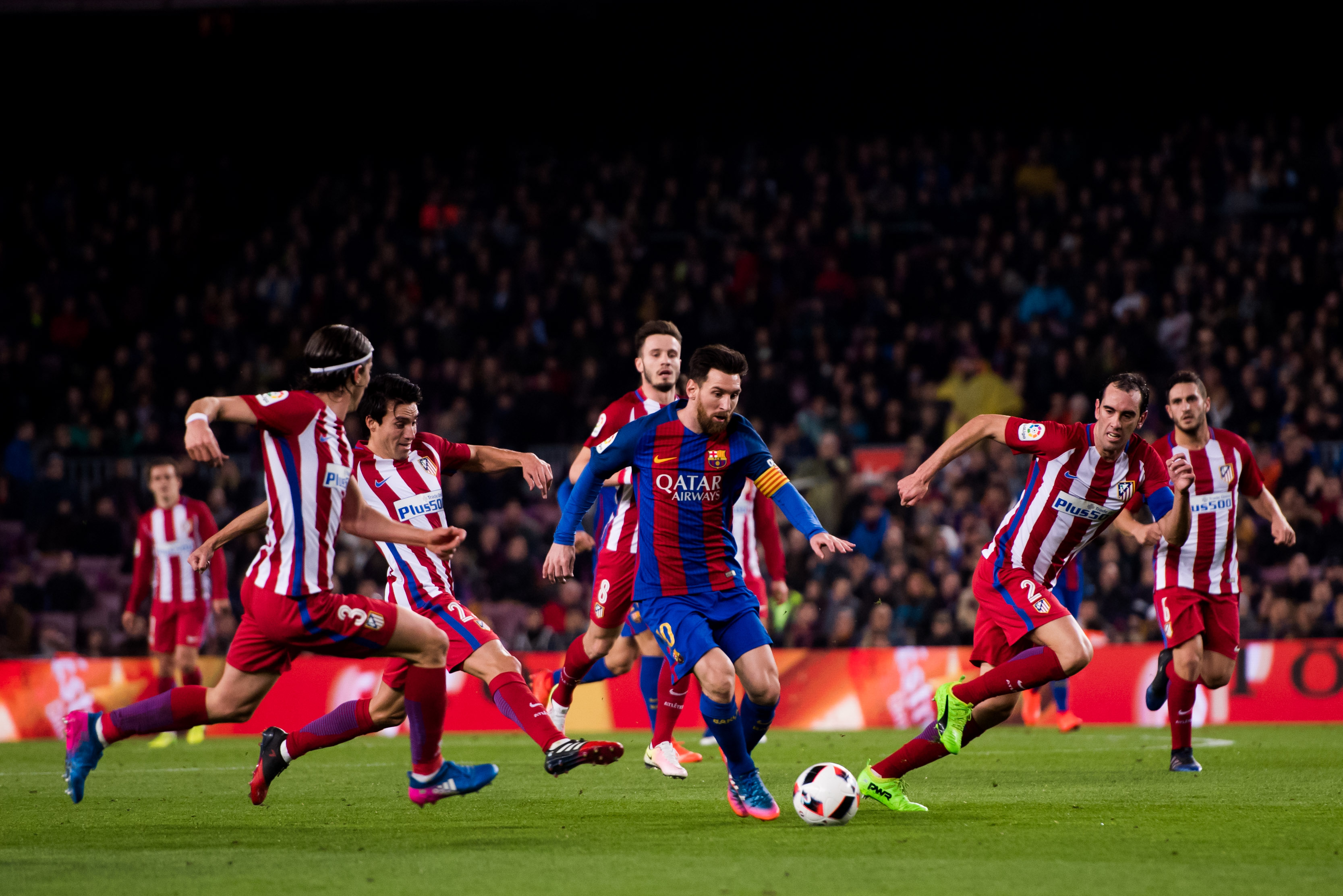 So you wanna be an Attacking Center Midfielder eh? Well there are some important things you need to remember when playing such a unique position. First the coach and team expects you to generate offence and be a threat every time you touch the ball (no pressure Messi). Okay not every time you touch the ball but you need to have a bit better eye for goal then most and don't forget about your friend the striker, he is going to need his fix of attacking chances as well.

So much of this position is making the right attacking play whether it's you taking players on, slipping in the striker on goal or just plain and simple keeping possession and the teams rhythm. Remember though just because this a position that has the expectation of attacking abilities your defensive responsibility doesn't disappear. Believe it or not through your defensive positioning and work rate you may create more goal scoring opportunities than you could ever imagine. Be a team player, work within the system and don't ever take any plays off with or without the ball.

Either you have a talent for being creative on the ball or you're just that lazy player we all know who wants all the glory with minimal running, we've all played with your type don't worry, and at the pro ranks you exist too. Hey but if you help put balls in the net, you won't see anybody complaining. You are the link between the midfield line and the striker, you have dynamite in your boots and your job is to get fans on their feet, go on now make it happen.

TOP 5 THINGS TO REMEMBER as an attacking center midfielder

1. Be the Attacking Link - Don't think you need to dribble the whole team every time you touch the ball while playing in this position. Remember you are the link from the defence to the attacking players so make the right play and facilitate when it's on, drop and collect when you need to and of course take players on when it's on. Be dynamic in your off the ball movements as well, look to run beyond the striker at times, join the wing players to create numbers up situations and drop lower to support the build up play.

2. Reward Teammates - From time to time you will see a full back or a winger make a long darting 40 yard run only for you two step over the ball a hundred times leaving them frustrated and uninspired. If you see one of your teammates make a run who typically doesn't and it's on, reward them with the ball to encourage them to do it again and again. If you try and dribble every time a teammate makes a selfless run all you'll be left with is with your teammates not supporting you when you get the ball moving forward.

3. Play Both Sides of The Ball - I know the word "Attacking" is in the name of your position but that does't mean you only move when your team has the ball. Attacking center midfielders play an important role in defence as well whether it's cutting off the pivot, helping out the center midfielders or pressing together with the striker there is work to be done with and without the ball.

4. Get Side On - Much of the attacking actions of this position requires you to check or stand in pockets with your back facing the opponents goal. Although you can't avoid this at times look to stand in positions where you can receive the ball turned side ways so it is easier for you to turn forward and go forward with the ball. Always check that shoulder and receive in a position where half the turn is already done for you.

5. Be Creative - You're in that position for a reason, so now go on and make the most of it. Make creative runs, dummies, dribbles, passes and anything else that can help the team score while expressing your creative abilities. Of course listen to your coaches instructions with regards to positioning and team tactics but don't feel like you're trapped in a box, show some flare and express yourself in the game.

TOP 5 THINGS TO avoid as an attacking center midfielder

1. Laziness - Nobody likes a player that walks around the pitch, doesn't play defence and only wants the ball at their feet the entire match and isn't willing to move an inch to get it. Show your teammates you're just as committed without the ball then you are with it and you'll be surprised on how much more they give you the ball and support you in the attack.

2. Trying to Do Everything Alone - Have some deception in your game Neymar, you can't be rainbowing and dribbling players every time you touch the ball. First it won't work, you'll become predictable and your teammates will be frustrated with you and not support you in attack the way a highly functioning team does. Share the ball and make the best soccer play that helps the team creating goal scoring opportunities no matter who gets the goal.

3. Blind Turns - Nothing is more frustrating than a team that works so hard to get the ball in possession and one player turns it over time and time again by turning blind. This position will have the temptation to turn blindly constantly because of where you will be checking from, resist this urge and check your shoulder to see where the opponent is and only turn when it's on.

4. Crowding the Striker - Give the striker on your team room to operate and don't drag defenders into their space. Often they will try and post on the last defender to isolate them or keep possession and the last thing they need is for you to be on top of them attracting even more defenders. Of course you want to link up and support the striker but back off for starters and support them after they've received the ball.

5. Not Wanting the Ball - Remember the team is counting on you to be that creative attacking spark for the team and they can't get you the ball if you're not demanding it all game long. You won't be perfect (nobody is) so don't shy away from the ball, be assertive, confident and always look to get on the ball as much as you possibly can.

What Are the Defensive Responsibilities of an attacking center midfielder? 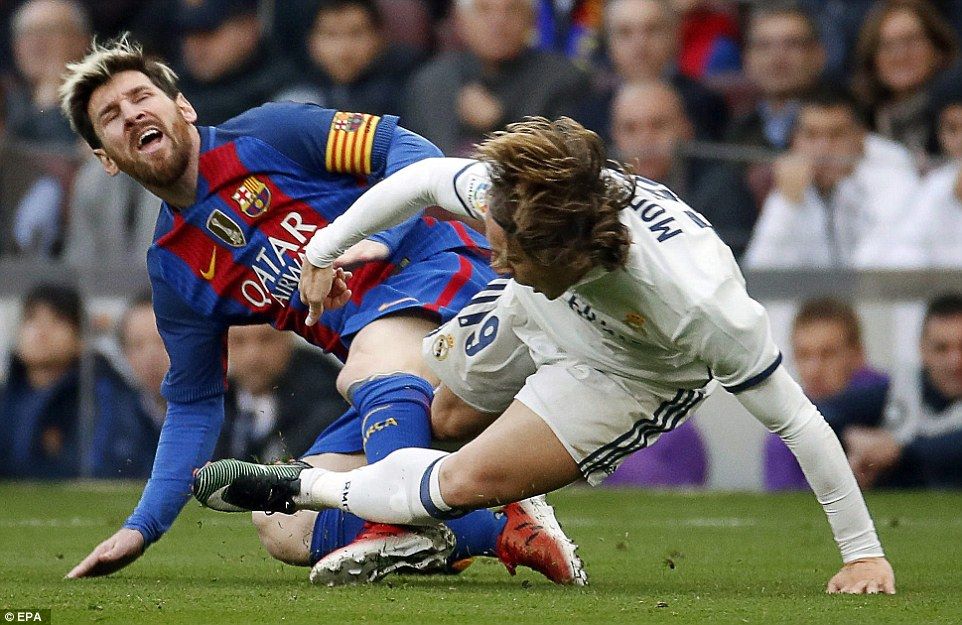 Believe it or not the position does come with a set a of defensive responsibilities much like every position on the field. The most important element of a sound defence is ball pressure and that is what is required from the position. Putting opposing sides center backs, outside backs and center mids under pressure goes a long way in your teams ability to shut down an opponent from the root of their attack.

An attacking center midfielder can also create much of their attack through this pressure. Players coughing up the ball, taking bad touches and serving balls into difficult areas allow your team to capitalize on those potential mistakes. Another important defensive responsibility is to helping out your own center midfielders when they are being out numbered by another team playing with three in the middle. Whether you drop in and become the top of the triangle or one of the two end points you need to be able to recognize when your center mids need your help and when they have it under control.

1. Ability to take players on at speed in the final third

2. Linking up with the striker

4. Pressure on the opponents back line

Why Do Teams Play with An Attacking Center Midfielder? 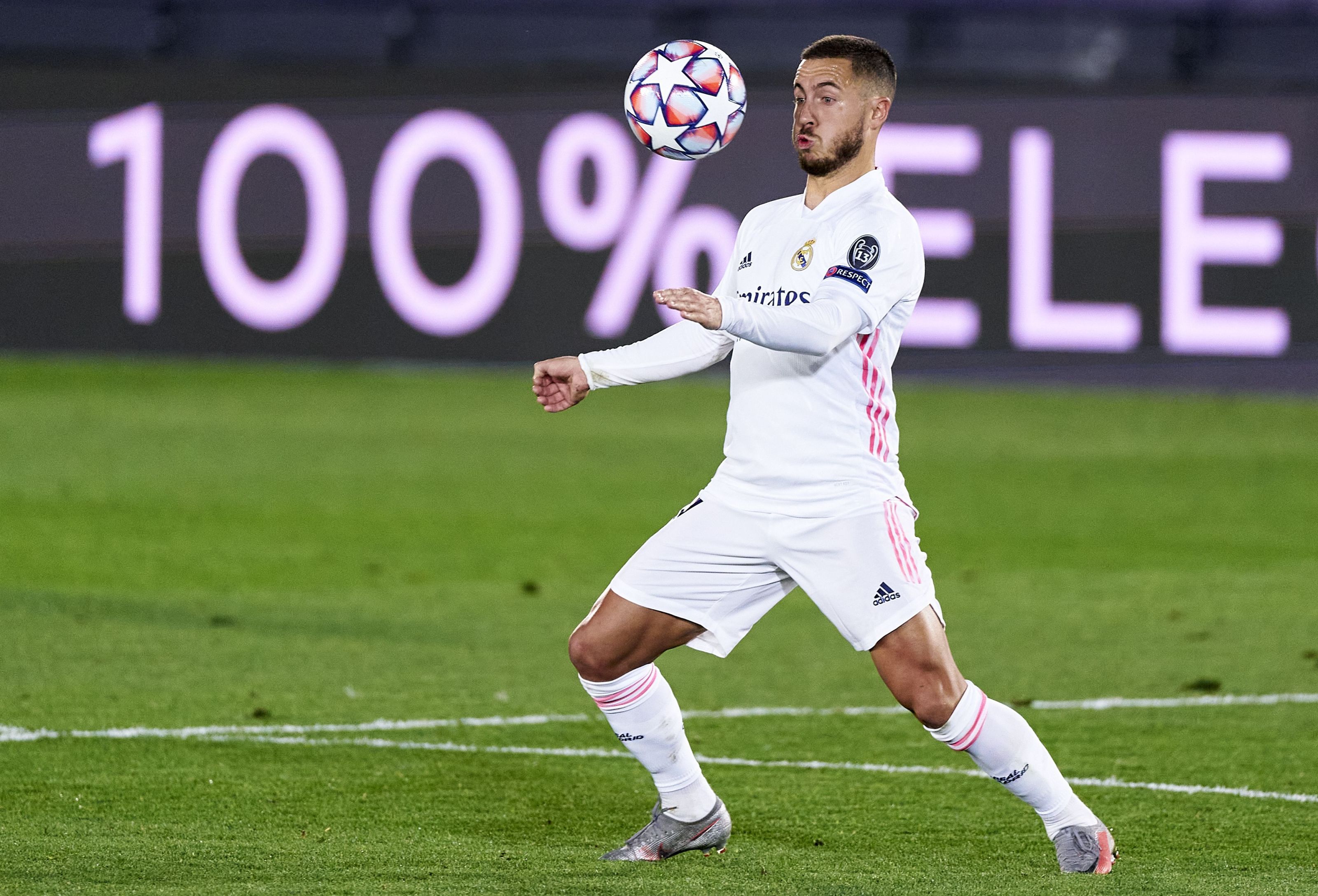 Well most teams will play with an attacking center mid versus a defensive one is for many reasons such as:

3) The striker needs an early link and compliment not being able to do it all on their own.

Is it More of A Central Position or A Wide Position?

Generally the position is played in the middle of the field just above the center mids and below the striker.mIn terms of where to play on the field throughout the course of a match really depends on the instruction given to the player from his/her coach. Generally the player in this position has the freedom to roam as they see fit whether it be central, deep or in wide areas. Your ability to recognize numerical superiority is a key factor in understanding where to be, you can overload one side by joining out wide or crowd it if a player has space in front of them.

Defensively it is also typically a central position in which you will occupy but can also vary from team to team. At time you may need to play a little deeper to support the central midfielders, wide to help out wingers or flat with the striker for certain defensive presses or low blocks. A great attacking central midfielder is versatile in both defence and attack and knows the value of their role in all phases of the game.

-Technically gifted foot skills (able to take players on, play in small spaces and keep the ball under control in all positions)

If you're looking for some exercises to help with your strength development for this position feel free to read this article The Best Gym Workouts for Footballers.

-A threat every time they touch the ball

-Creative in tight spaces in and around the opponents box

-Clinical finisher of the ball

-The link from the midfielders to striker

It isn't necessary but a quality that never hurts to have in any position never mind this one, is pace. Pure out and out speed to run at defenders terrorizing their defensive shape and confidence until the ref blows the game dead.

It takes a special player to play in this role. They need to be creative, dangerous and persistent in their attack. The player that plays here is aware that they have the ability to score and create but is looking out for the striker and their confidence knowing that they need to be on the end of more goals than them. An attacking center midfielder is a player to key an eye on if you're a defender all game long, because all it takes is one moment for them to change the game.