Sub ref!!!! Get fit and come play in some of the top & most fun adult soccer tournaments in the world 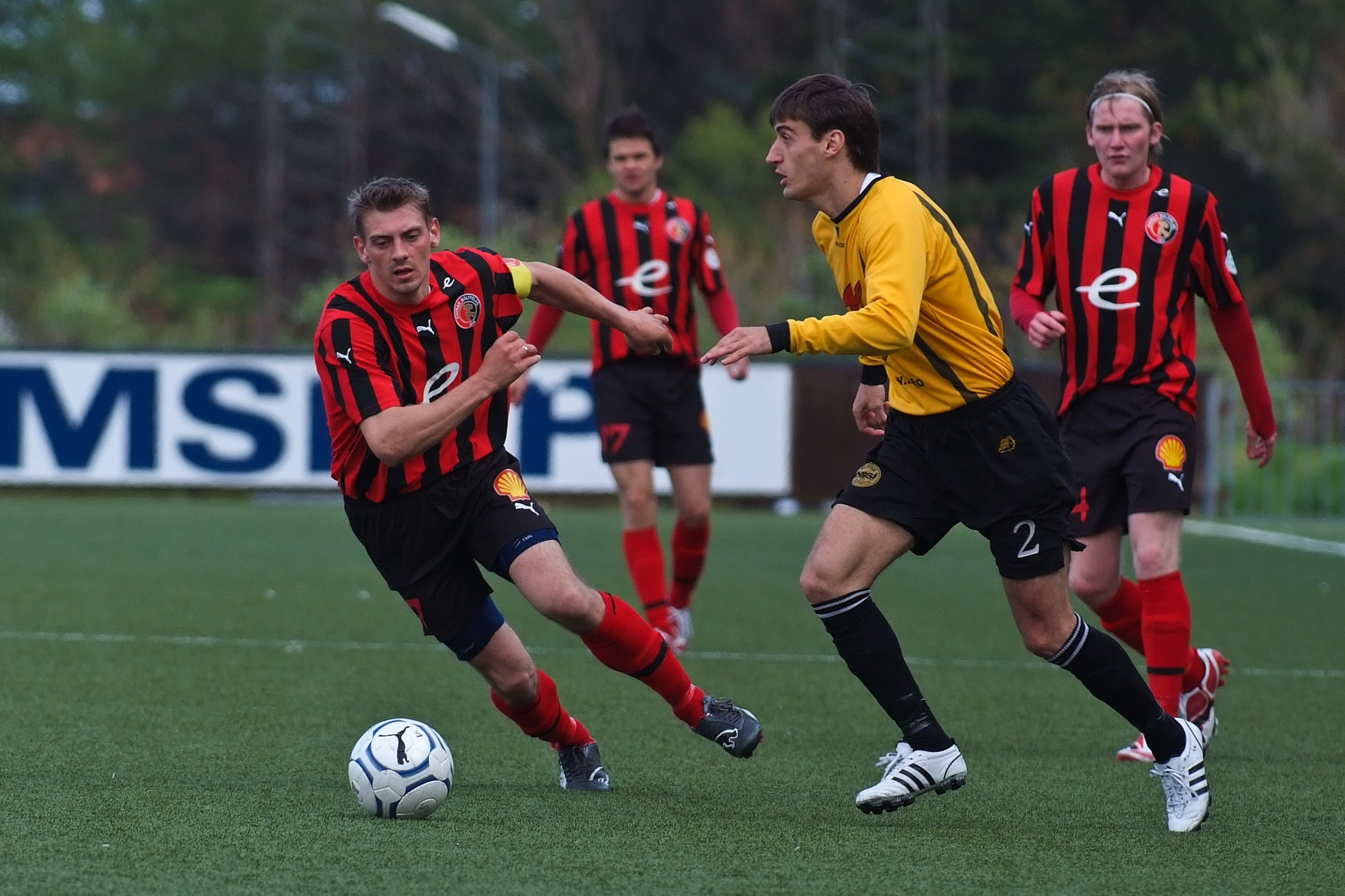 Are adult soccer tournaments everything they're cracked up to be? As fun as they may be you really need to know what you're getting yourself into before you decide to join or make your own team. Some adult soccer tournaments are a good laugh and a good run, others are intense, competitive and anything friendly. Be sure to know what level, age and category you're signing up for before you show up looking to chase butterflies around the field and get two foot tackled from behind and have to explain to your boss why you have a limp.

Here you will find all the advice, tips and things to avoid you will ever need when looking to play in one of many adult tournaments both indoor and outdoor in the coming months. Some are just for fun, drinks and trophies while others can be a little more intense and are being played for cash and city glory. Here's a free tip for you, don't just come off the couch and try and play in one of these tournaments, the drive to the field may last longer then your involvement on the field (not that hammy again!).

Oh and if you've ever wondered what the best adult soccer tournament in the world is, how you can enter, win and travel the world then you've come across the best page on the internet (other than catsplayinstruments.com of course, gotta love that site).

top 5 things to remember when playing in adult soccer tournaments 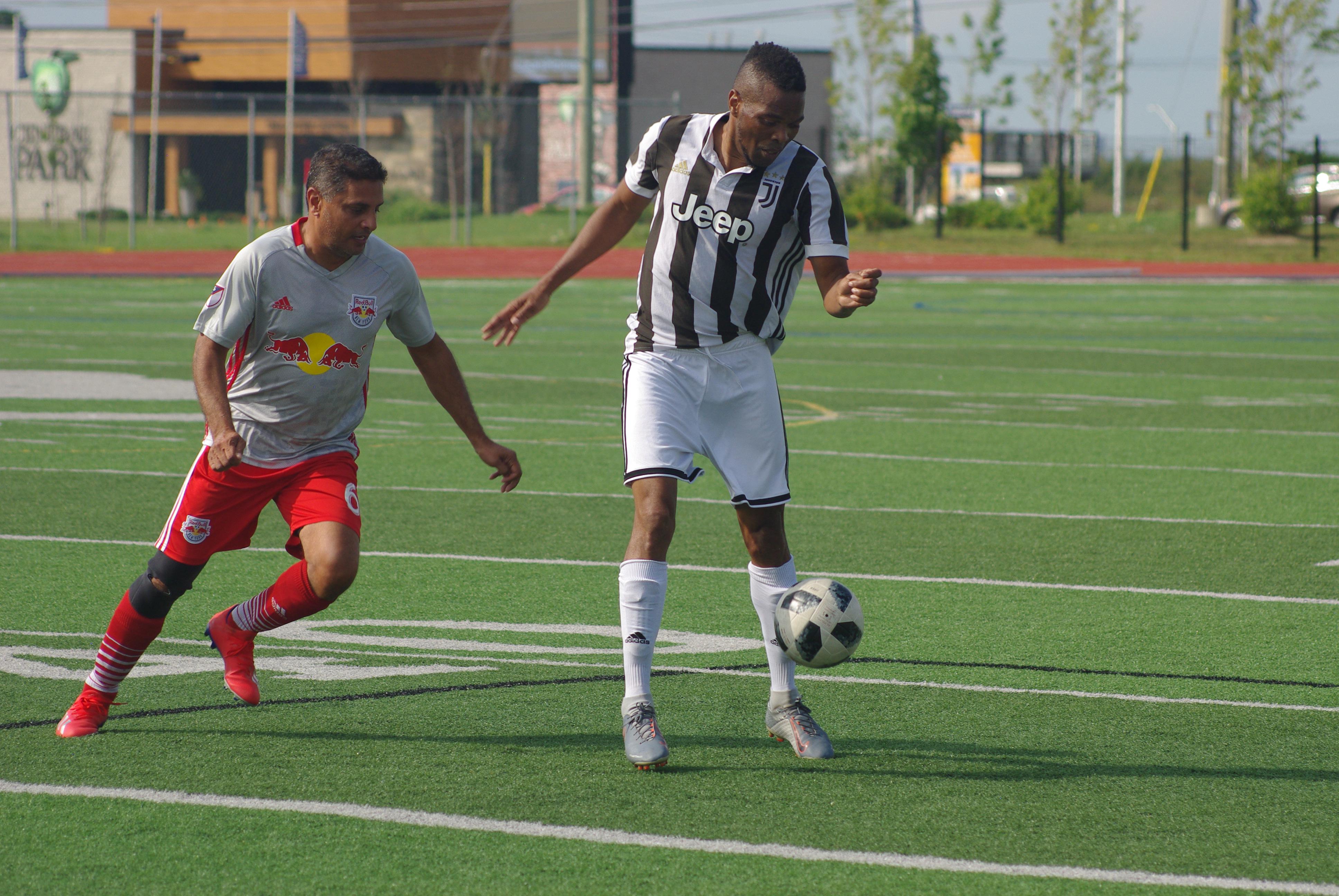 1. Pick The Right Players - Make sure the team you are putting together or being a part of is filled with players who are at a good level and are good people to spend an entire day with. Know what you want to get out of the day and pick the team for it, if you just want to kick a ball around get a little exercise and have some fun then do it with some friends or players that are a good time. If you want to win, play at a high level and compete then go with a group of players that are serious and have a good playing background. Of course the best combination is to have both of these together, people and friends you know that are quality players, that way win or lose you'll have a good laugh while you do it.

2. Pick The Right Division/Level - There are kinds of level in these adult soccer tournaments from recreation (lowest level) to competitive (highest level) and everything in between. If you go in a lower level and beat up on everyone that's not much fun and if you go in the highest division and you're not quite up to par then getting destroyed every game isn't much fun either. A good rule of thumb is always go in one division lower than you think you should play in. There are even co-ed divisions (guys and girls mixed) and these can be a lot of fun and a good option for some players that want to mingle with their friends of both genders or people in relationships that want to play together.

3. Have Some Back Ups Ready - Whether you're organizing the team or not make sure you have a couple players that are ready to jump in should some of your current players bail list minute (which they will), get injured (which they will) or can't make it or can only stay half of the day. It's always good to have some friends that don't want to pay to play but will help you out if you're in a bind should someone drop out for any reason. The best players to get are the ones that live close to where your'e playing so it's easy for them and they can get their quick should it be time sensitive.

4. Get Fit First - If your'e reading this chip crumbs all over your shirt and the adult soccer tournaments you're looking to play in are next weekend you may want to go for a jog. Don't try and jump into one of these tournaments right off of the couch no matter how old you are, this will only lead to injury or disappointment in the way you played. Get a few weeks in at least of running, core work, touches on the ball and some stretching and flexibility while you're at it, you'll be ready in no time.

5. You're Supposed to Enjoy Yourself - There's no point in going to these adult soccer tournaments if it feels like a chore to go or if you're miserable the entire time you're there. This should be something you look forward to and something you enjoy doing while you're there, if it's anything but those two things you need to ask yourself if it's the people you're playing with or if it's you. Either way if it's not enjoyable you shouldn't even sign up in the first place.

top 5 things to avoid when playing in adult soccer tournaments 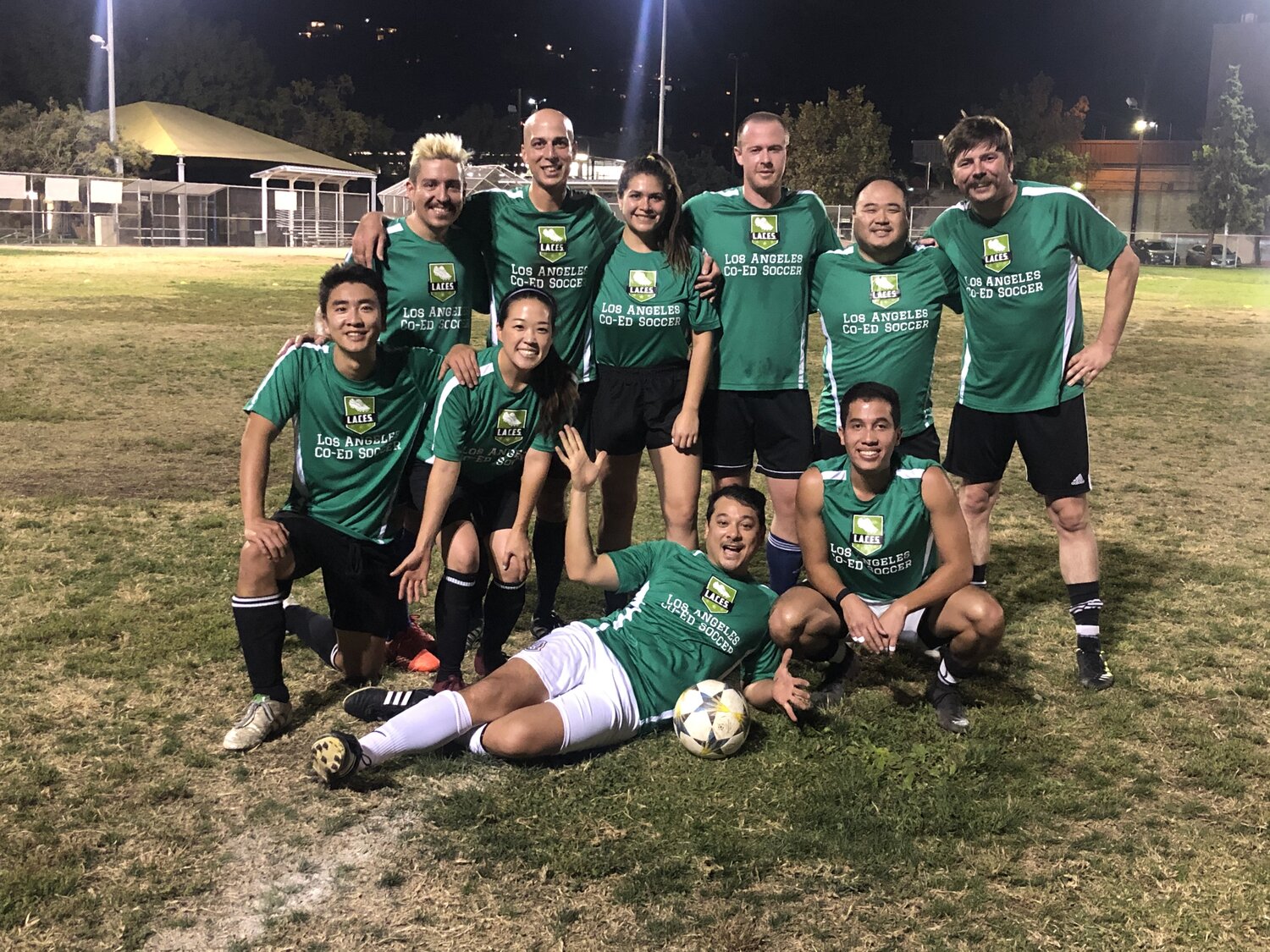 1. Having People Pay You Later - Get the money up front, not only will you not have to hold the burden of putting it all on your credit card but also people are more likely to show up if they have paid. You could get someone drop out last minute who hurts the numbers on your team and hasn't paid as well making the cost per person go up. Get the payment up front or move on to the next person.

2. Getting Too Few or Too Many Players - Getting too few players is almost as bad as getting too many, have about a sub and a half per position is a good rule of thumb. Believe it or not if you need 11 players on the field getting too few like 13 or 14 is better than too many at 20 to 21. Players don't want to come off the field and will want to play every minute so aim for 15 to 17 players but know 13-14 will probably do the trick as well. It's and indoor tournament 8 to 10 is more than enough, trust me people don't get injured and want subs as much as you may think.

3. Forgetting To Warm Up - I know this one is obvious but so important no matter your age. There is a lot of breaks and stopping and starting at these tournaments so it's important to get a decent warm up in before every game even if it's light. There's nothing worse than forgetting to warm up and injuring yourself and having to watch the rest of the day because that old hamstring injury came out of nowhere. Slow jog, juggling a ball, some lunges or just short sprints will do the trick to get your body ready to play and avoid injury.

4. Don't Be That Player That Never Subs Off - Every few minutes you're on the field you should be looking towards the bench to see if someone wants to sub for you. There's nothing worse than playing with that one player who never comes off and thinks nobody notices. Keep the shifts short and sharp you're not the only one that paid to play in the tournament so be aware of it and be generous with your subbing, even if others aren't.

5. Taking It A Little Too Seriously - It's important to know the balance between having a good time with your team and the opponents and taking it seriously. It's okay to be competitive and want to win every time you play but not at the expense at swearing at the ref, opponents and teammates while tackling people and making a fool out of yourself. Take it seriously but don't cross the line, these adult soccer tournaments are not the World Cup.

top 3 sites to find adult soccer tournaments in your area

which of the adult soccer tournaments is the most popular in the world? 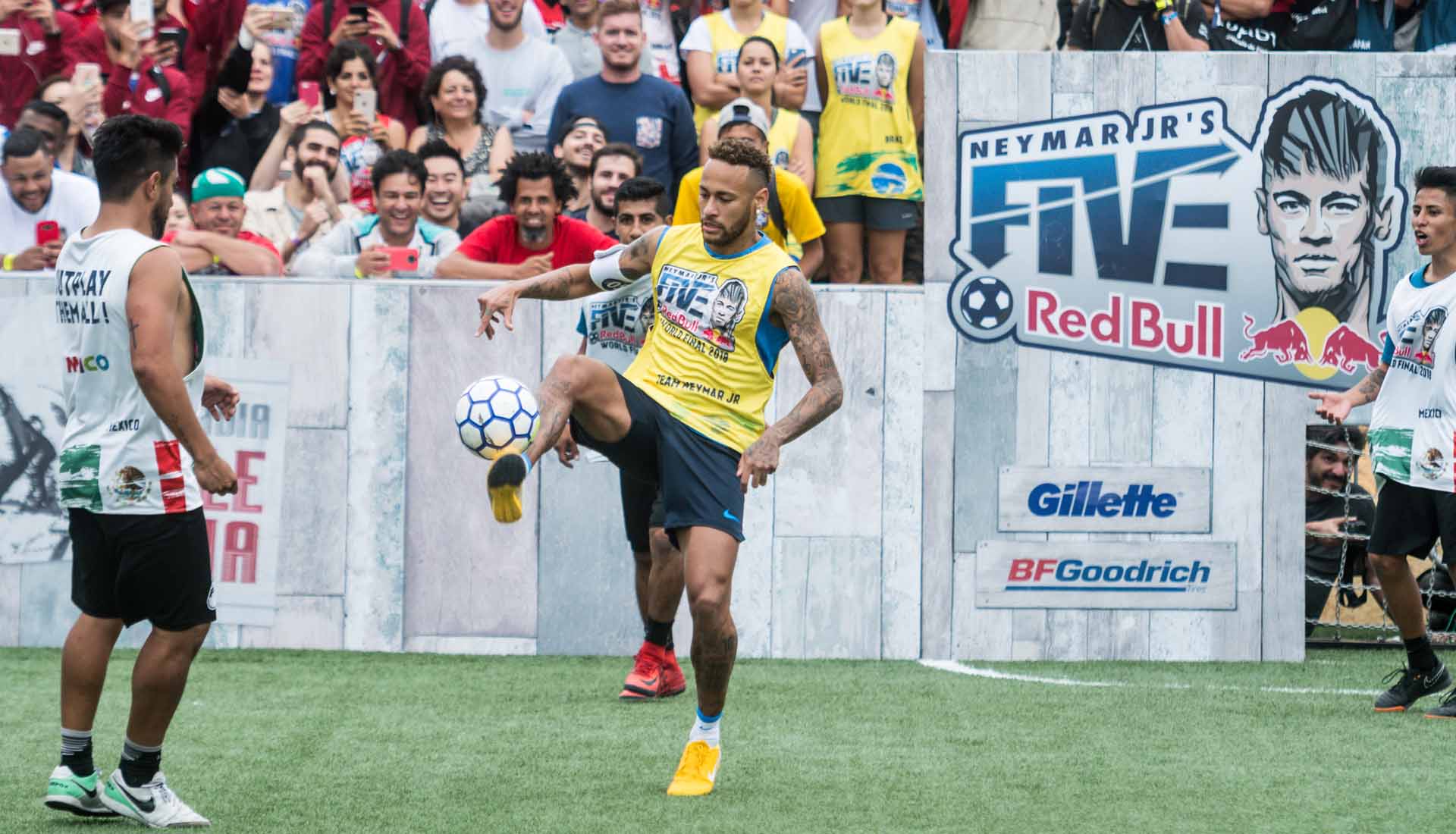 The best adult tournament in the world and the most popular is no doubt the Neymar 5 tournament. Now this tournament has a few unique rules but is a full on international tournament played by countries all over the world where the winner gets to play against Neymar himself and his team (pretty amazing right?).

Now the rules are a little different but amazing, the game is 10 minutes long and if time expires the team with the most players remaining wins, if both teams have the same amount of players it goes to a 1on1 full field face off. If at any point a team scores the opposing team loses a player, if all your players are gone the other team wins. There are no goalies and you can't step inside the area in front of the goal or the other team gets a penalty shot from half with nobody defending it. Pretty straight forward right? This tournament is so great and the best in the world because ever country has team that goes so the tournament has some of the best players in the world playing. It is such a great tournament to play in and if it comes to your city I highly encourage you to play and see if your team can win your city and countries Neymar tournaments to be able to go to the world championship tournament usually held in Brazil. Make sure you have a really strong team to stand any chance of getting past your local Neymar tournament and qualify for the world one.

how much does it cost to enter a team? are jersey's provided?

It really depends on the tournament but a player typically can expect to pay about $30-$50 to play which will typically give you three games guaranteed plus as far as you go in the knockout portion of the tournament. Most teams just get the same colour shirt if they aren't playing on a league team already but can also buy some nicer jerseys that will run each player another $60 or so. Tournaments don't provide jerseys, ball, water or anything else really just the platform and registration to play in these adult soccer tournaments. A team entry fee will cost you anywhere from $400 to $800 to enter so depending on how many players you will roughly pay between $30-$50 a head. For a day or two of soccer, exercise, some laughs and some drinks I'd say it's a day and money well spent.

what's the difference between regular adult tournaments and money tournaments?

Typically money tournaments bring out all the best players for obvious reasons and typically happen a little bit more in indoor soccer then in outdoor soccer because of all of the outdoor leagues running. If you think you're at the level and you have a team or group of friends that can really play then testing yourself at a money tournament is worth a shot, it will be a great learning experience either way. Oh and don't expect all the teams to be holding hands either, this is competitive in your face football, good luck.