Adult Soccer Leagues... Kick A Ball, Meet Some Friends & Have Some Drinks After 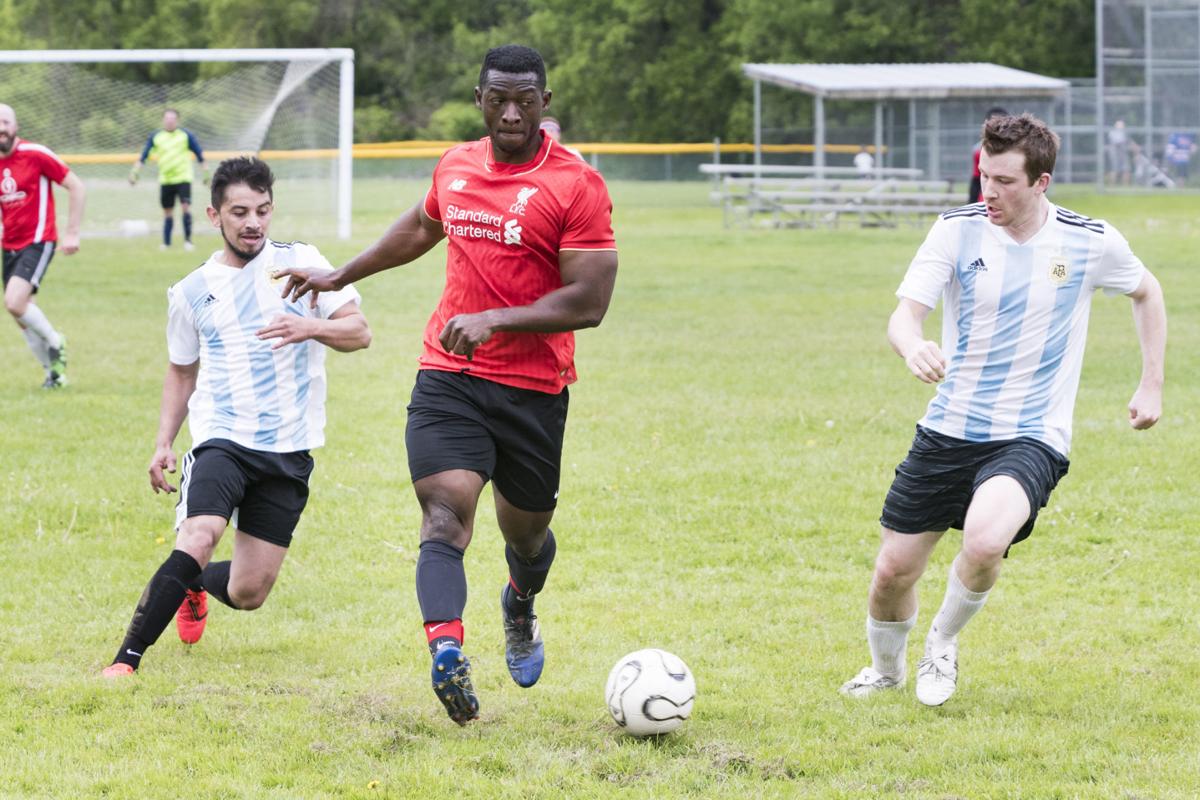 Looking to get a run in then adult soccer leagues are for you? There's nothing like meeting up with some friends, kicking a ball around, scoring some goals and having a couple of drinks afterwards.

Before you jump right in there's a bunch of things you need to make sure you have to run a team the right way (assuming you're running the team yourself).

How many players do you want? Who's on the team? How much will it cost and of course the most important question of all, what jersey's are we wearing?!

If it's prices, how to join a team or what level you should play at in these adult soccer leagues I've got all your answers here, oh and remember you can join as an individual too if you're new to the area or don't know anybody on the other teams.

Most nights of the week their are leagues you can join but if there is a certain day you're looking for you may be out of luck, shop around a little if there are a few places near where you live and see what they offer.

Typically in terms of the amount of games you will get to play in one session is about 10-12 games guaranteed and then playoffs. So dust off those old turfs or polish the new ones and get back into the game.

How Much Does It Typically Cost To Join A Team In Any Type Of Adult Soccer Leagues? Is The Uniform Included?

Typically teams have about 12 players on a team which allows you to have 2 subs per position plus accounting for the days when not everyone is able to make it you are looking at about $200 per person on the safe side.

The uniform typically is not included in that price, some venues offer you to buy a jersey from them for your team for additional cost of about $50 (you'll get a decent looking and quality jersey).

Sometimes team captains will offer to the team to buy a jersey and pitch $50-$80 for a jersey of an actual soccer team like Manchester United for example. If you're not into that you can just bring your own red, white, blue or whatever your team colour is shirt from home and you'll be all set. Make sure the shirt has a number on the back so the league and referees can track your number should they need to.

If you can't think of a name to give your team and you're looking for something creative, playful and funny then check out this great list of team names at 80 Funny Soccer Team Names.

Should I Start My Own Team Or Join Another Team Alone? 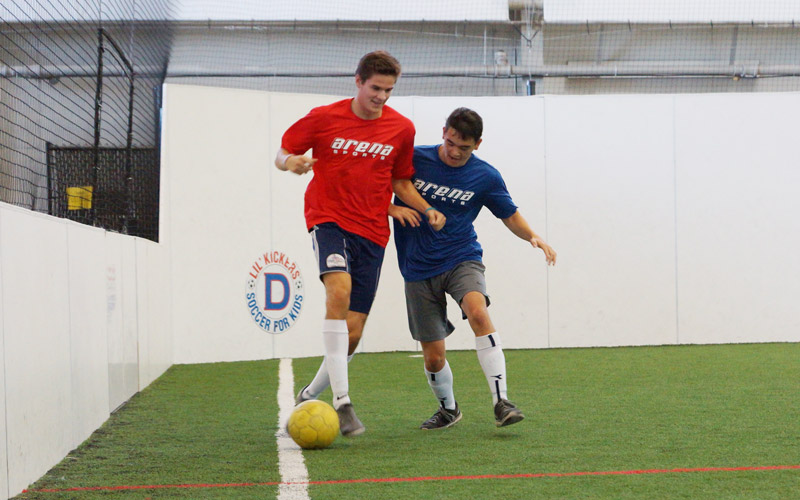 Well the question you should really ask is how many of my friends or people I know that actually play soccer and more importantly want to play on this team with me and make the time and financial commitment.

If you have five or six reliable friends that are a good time and decent at soccer and commit to play finding the rest should be easy and in that case you can make your own team.

If you can't then either register alone or get the info of other team captains and see if they are looking for players. One thing I have to mention about starting your own team, running it is such a pain in the you know what.

People cancel, don't pay on time, don't show up etc etc etc. It's better to be a guest at a party (join another team) than throw the party (make your own) and get all of the extra work thrown on top of your shoulders when it comes to playing in these leagues, think wisely before making this important choice.

Oh and if someone doesn't pay up, you're on the hook Bezos.

Ohhh the eternal debate, no not Messi or Ronaldo but is indoor soccer 5v5 or 6v6? What is the right way to say it?

Okay so against popular belief the actual amount of players is 6 on the pitch for each team, so it is actually 6 players versus 6 players aka 6v6.

But for some reason when talking about indoor much like when you say a formation in outdoors you don't include the goalie. Teams play a 4-4-2 formation not a 1-4-4-2, even though it is accurate nobody includes the goalie for whatever reason.

So yes it is 6v6 when you include the goalie but nobody does when saying formations so that's why everyone says 5v5 for indoor soccer, there you go, case solved.

Do Adult Soccer Leagues Allow You To Join A Team By Yourself?

Yes of course you can, registering into a league as an individual is pretty straight forward. You show up, pay your fee (about $200) and they first look to put you on a team with other people that have signed up as individuals as well.

If there is not enough players to form that team they may look to a team that needs some players and distribute some of you across a couple of those teams.

Basically the answer is yes but you should also consider reaching out to the teams in the leagues directly and see if you can join them first, either way it is a great way to kick a ball around, get a workout in and meet some new people.

What Are The Different Levels You Can Play In Adult Soccer Leagues?

The million dollar question and I'm glad you asked it. First off there are usually a few different levels ranging from Elite, competitive, semi-competitive, recreational and co-ed.

But be sure to be aware that not all levels are offered every day of the week, the level you're looking for may only be played on Sundays or Wednesday nights so part of the decision of what level you're going to play at may be made for you already depending on your availability.

What Is Co-Ed Soccer? Should I Play It Or Not? Do They Offer This In Most Adult Soccer Leagues? 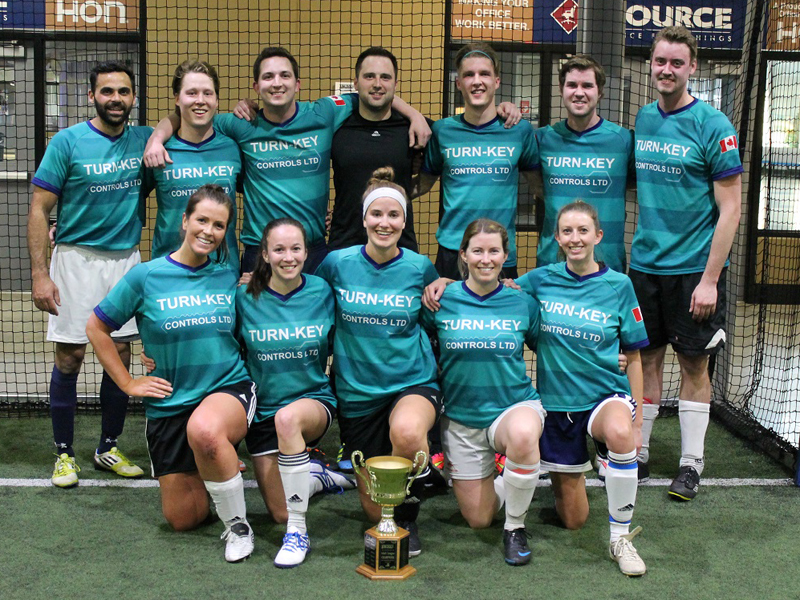 Typically there are rules around how many of each gender is to be on the field at one time, this varies from league to league so be sure you know the rules before stepping on the pitch.

Co-ed is actually so much fun and as you get older you will prefer it over anything else, it's hard to explain but playing with both men and women gives the game a different element and is a lot of fun all around.

If you have a girlfriend or boyfriend then it is a great way to do something together and make a team with other couple friends you may have, believe me no matter what you think it is a blast and the adult soccer leagues that offer them is the way to go.

Is It Fun To Play In These Adult Soccer Leagues? Does The Team Go For Drinks After?

The best part of playing in any adult soccer leagues at any level is of course the social aspect of it.

Soccer is of course fun, getting some exercise is great too, but the best part is the comradery, the laughs and times you spend before and after the game just sharing stories and a drink or two.

If you just want to play soccer no problem but you won't get as much out of the experience so be sure to engage with any social activities your team may do before and after the games.

1. Get Fit Before You Start

2. Get Your Workout In

3. Try Not To Take It Too Seriously