why does every one play the 4-2-3-1 Soccer Formation these days? asking for a friend 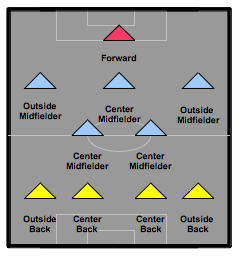 The 4-2-3-1 soccer formation will flex that early muscle you want. Want the middle of the park? Line up like this and you're well on your way to getting it. Strong spine and well rounded supporting cast can make this formation tougher to break down then the Berlin wall, too soon?

This set allows you to establish an early rhythm to the game and feel out your opponents without giving too much away. Compare this to professional sides that line up this way and understand why it works for them. Know your role and shut your mouth! okay don't shut your mouth but no your role on the pitch. Along with roles and responsibilities of each player in this formation you will also see and explore other ways you can play this set up. What are you still looking at me for? Look below for yourself.


video explanation of the 4-2-3-1 Soccer formation

Before we get into the meat and potatoes of the 4-2-3-1 soccer formation here are the 3 simple basics to think about.

2. The flexibility lies in the 5 midfielders being able to push them high, low and out wide as needed

3. Typically seen as a more defensive formation due to the high numbers in central midfield and low numbers in the striker line.

what are the top 5 advantages of playing the 4-2-3-1 soccer formation?

1. Flexibility in the Center Midfield - With essentially five different positions being played in center of the park you have the flexibility to fill these positions with a wide range of players. If you are lucky to have an abundance of central midfielders you now have 5 different places you can play them all. We know that center mids are the most adaptable players to other positions this works well with their skill set and ability play a touch out of position.

2. Numerical Advantage In The Middle - Having the luxury to mix and match five central players into any formation (diamond, flat, stacked etc) you can adapt as the game changes without having to worry or make any substitutes throughout the match. Like in chess control of the middle of the board is vital and with five sitting in there you will always have a strong foundation to work from.

3. Balance Across All Lines - Other than the striker line the other two lines are packed with numbers that can do the job both defensively and in attack. Having balanced lines allows for a good defensive foundation and great spacing in attack.

4. Defensively Sound - Any time you can overload the middle and provide width in defence you will always have a good base to work from defensively. Having three lines staggered also allows for one pass, dribble or shot not to beat all your lines of defence at once.

5. Counter Attack Friendly - This formations ability to absorb pressure is a great way for it to hit a team back on the counter attack. As teams start to get frustrated and commit more numbers forward this will leave gaps in their defence in transition the other way.

what are the top 5 disadvantages of playing the 4-2-3-1 soccer formation?

1. Lack of Attack in the Striker Line - You won't be making any friends if you have a striker who likes playing with another striker and even more so if you have a more than capable striker on the bench. The lack of combination play can be a challenge with only one striker doing primary movements.

2. Wingers Nightmare - True wingers that like playing outside and just patrolling the wing channel taking players on and so forth can be frustrated in this formation. Not to say the players in the line of 3 don't go out wide from time to time it just has more central demands than a typical formation with wide players.

3. Pressure From the Top - If you need to chase the game or you want to play high pressure having just one striker won't do the trick at times and you will have to start moving pieces around. Once you do this the integrity of the structure may fall apart and players roles may start to become confusing both defensively and in attack.

4. Wing Play Challenges - Your typical wing play combination such as overlaps, underlaps, give and go's etc become a challenge when the outside back has no immediate wide player to combine with. If a team is playing with only 3 in the back and you want to exploit them out wide you may not have the necessary bullets loaded to best fight that battle.

5. Lack of Defensive Coverage in Wide Areas - Similarly to wing combination in attack at times the outside back may feel left out to dry without a constant defensive partner if a team overloads one side.

what does the 4-2-3-1 soccer formation look like in attack and defence?

Well I'm glad you asked. All formations have the potential to look different in attack and defence should you want them to (and you should want them to). The 4-2-3-1 soccer formation is no exception in its flexibility potential and depending on the objectives of your team, the opponent, the weather and your players available you can tinker with this formation to meet all of your needs with and without the ball.

It's important to know how this formation can take a different shape both when you have the ball and when you don't, even more important is specifically which ways you can tweak the formation in the different parts of the field. Consider these adjustments based on what is presented to your team from the opponent in all three thirds of the field with and without the ball.

Your Defensive Third - You have the option to bring as many as three center midfielders deep to help with building out of the back effectively, typically one or two should do the trick.

Your Middle Third - Having one center midfielder drop in the pivot while another joins a wing channel to start creating numerical superiority is always a popular choice when you have so many midfielders to work with. This will give you balance in possession and great spacing.

Your Attacking Third - Get your wide midfielders up high to join the striker to create a front line of 3 and have a center midfielder play as a 10 and get right in behind the striker, now you have some serious fire power going forward.

Your Defensive Third - To have a strong defensive structure bring back the outside midfielders in the line of 3 to the line below them to form a midfield 4 while dropping the other two center midfields into a deeper central position. You will know have a 4-1-4-1 with lots of numbers in important areas behind the ball.

Your Middle Third - Having the midfield line of 3 tuck in to protect centrally or shift out wide to protect the wings are commonly popular shifts in formation in this phase of the game.

Your Attacking Third - Pushing your line of 3 high to help the striker high press is an option turning your formation into a 4-3-3 high pressure one is another option you can take on should you see fit.

If you are looking to see how this formation compares to others feel free to read the 4-2-3-1 Formation Explained.

What are some other Benefits of the 4-2-3-1 soccer formation ?

The 4-2-3-1 soccer formation gives a team defensive stability in the middle as well as a compact unit with the ability to attack in wide areas. You might be thinking, "but there's only one striker how in the world is a team ever gonna score". Patience young grass hopper, don't let this set fool you, although it may come off as defensive to the untrained eye, this formation can provide some knockout power going forward.

So Where Do The Goals Come From? 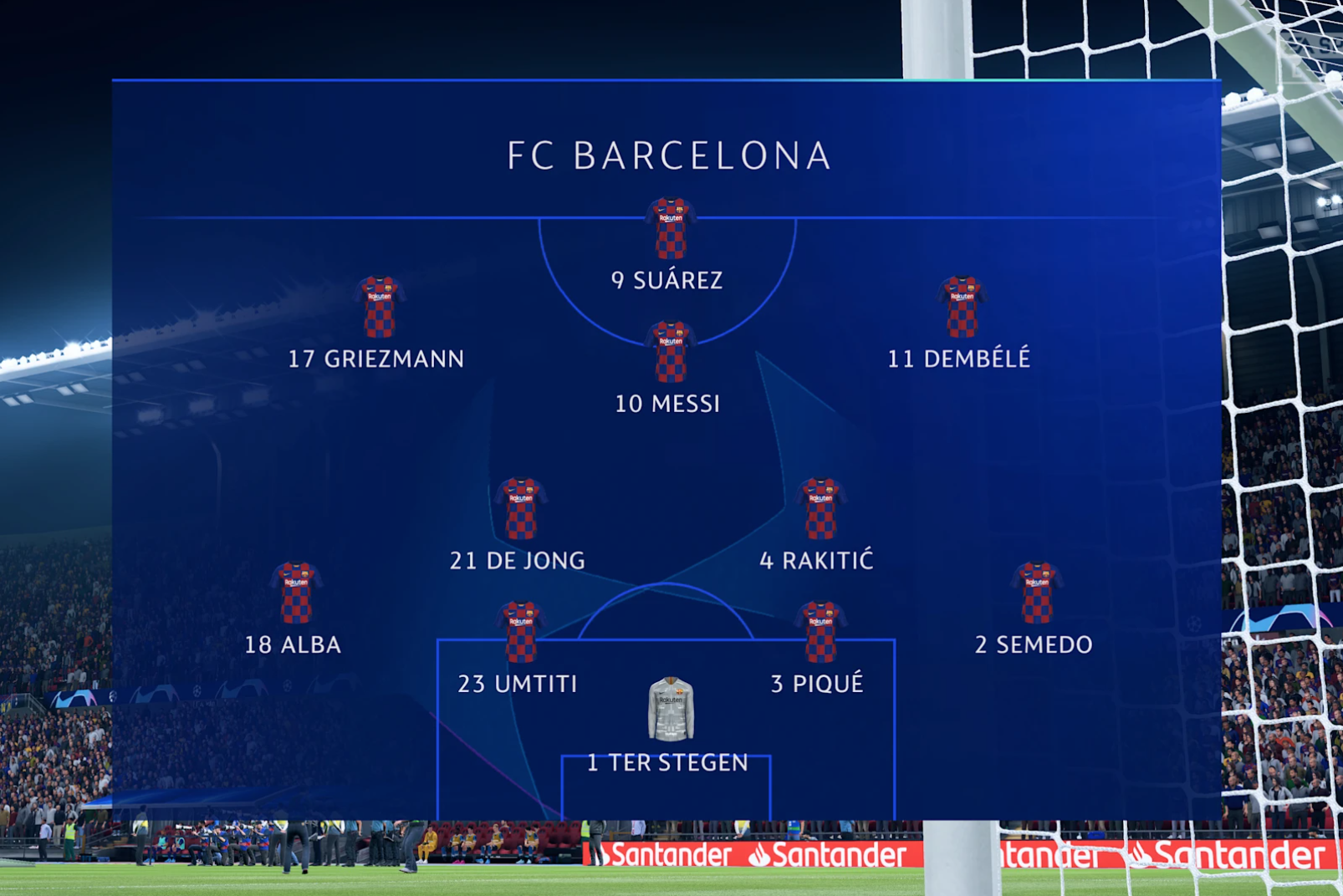 Like I said, although it may seem like a defensive formation when going forward this formation (if everybody is doing their job) turns into a 4-3-3.

If hitting a team on the counter the wide players fly up the field and the center mid also joins the attack giving this seemingly defensive formation a transformation a plastic surgeon would be proud of. As long as the players know their roles both in attack and defence you can have every coaches dream which is a strong compact defensively sound team and a dynamic attacking.

Oh side note, it's not uncommon for strikers to be a little frustrated working all alone up top defensively in a 4-2-3-1 soccer formation but when is a striker not unhappy really?

-Flat back 3, with a Sweeper in behind protecting in behind the last line of defense

-Able to provide cover for each other and other backs

As a unit the midfielders should:

-Support outside backs when necessary when not on the ball

-The striker in this formation plays the lone target man. A high work rate and clinical finishing is asked of this player

-Play as the post, holding the ball up waiting for team to collect themselves in higher areas of the pitch

-Ability to pressure the back line

Like any formation the philosophy behind it is what's most important. If you tell your players that defending is thier primary responsibility and that attacking is secondary you need a formation to reflect those values. The 4-2-3-1 doesn't have to be the formation you choose in all circumstances, but it's about matching up talent with a formation that is going to help that talent flourish.

Now you know everything there is to know about the formation. It can be as simple or complex as you want it to be but don't be fooled by it's percieved defensive nature. The 4-2-3-1 packs a punch that only few teams know how to throw, now it's on the coach to bring out the best in their players.

Return From 4-2-3-1 to Soccer Formations Page