Learn How to Blast the Ball Like a Professional 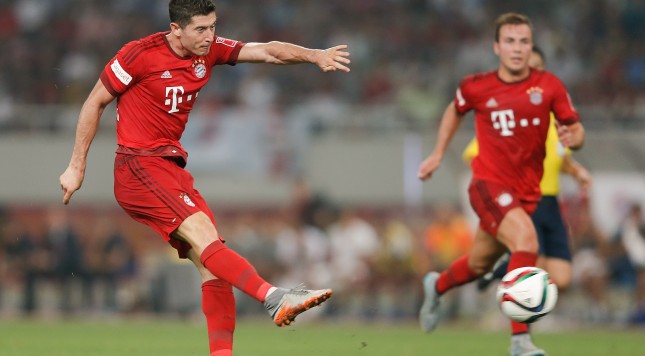 If only I could blast the ball like that I'd be playing at Real Madrid! Well maybe you can! If you've ever wanted to improve your shot like you see some pro's on the TV it's not some magic potion they took it's dedication, repetition and some help along the way. Being able to strike a ball and rip the back of the net is something anyone can learn and improve on, but the difference between good and great shots is the amount of extra work you put it in.

I know the pro's make it look easy but believe me the reason they make it look so effortless is because they've worked tirelessly for years to make it look that way. Next time you watch a game and a pro play watch all the little things they do just perfectly from recognizing when to shoot to all the technical details they execute flawlessly. Please worry less about the flashy shoes, haircuts and social media that we associate with pro's and focus on the fundamentals that allow them to glide around and blast the ball from any spot they desire.

Learn from videos, tips and advice on how to stand out on the pitch with that cannon you call a shot. Soon enough you will have to declare your legs at the boarder as deadly weapons after putting in the work and following all the information below. I know you're supposed to work on both legs equally but hey if Messi can learn to go and shoot with one leg and master it, why shouldn't you? Put fear in the keepers eyes every time you put your head down and line one up young Ronaldo!

1. Land on Shooting Foot - You should be hitting through the ball with so much forward body momentum that it should lit your plant foot in the air as well as your shooting foot and as you come back down to land the first foot that should hit the ground is that shooting foot again. Think of it as someone slide tackling you from the right side (if shooting with your right foot) and you having to get out of the way by lifting both legs to avoid the blow.

2. Hit Through the Ball - Don't stop with the leg swing when you get to the ball, really swing through it like you are trying to get all of it. If your technique is right the ball will stay down and you will get max power, win win for all, well except the keeper of course.

3. Foot Locked and Toe Pointed Down - You can do this one at home while watching tv, push the foot back and point the toe to the ground, now really bring the toes back and flex the whole foot. Now you have a solid surface to strike a ball with, and remember don't flex the foot or toes up during or even after contact with the ball. Only bring the foot back up when you're about to land to brace yourself properly and avoid injury.

4. On Target - If you can get your shot up to the level where it's so powerful with some swerve on it then putting it on frame should be your first objective. After you have that down then start slowly aiming for the the corners but never forget that you shouldn't bail the goalie out by hitting wide and over the goal because you were trying to go for the spectacular, blast the ball as hard as you can but on frame.

5. Prep Touch - Nobody likes hitting a ball that is stuck under them, too close to them or too far away from them so that touch you take to set up your shot is so important. Like a good hitter in volleyball is only as good as his setter, it's important to be thinking two steps ahead looking to prepare the first touch to the optimal position to blast the ball like you know you can.

1. Leaning Backwards - In a perfect world you want to be leaning over the ball and at least have the top half of your body leaning forward. What you want to avoid by all means when shooting on net is being straight up or leaning backwards. The further you lean back the more rotation in the leg swing forcing the ball to get some air under it and go high and wide.

2. Plant Foot Too Close/Far Away - Getting your plant foot in the right position will take some feeling out but eventually you'll find it will be roughly about a half of a yard away from the ball and pointing towards your target. Too close and you'll risk hitting your leg and not getting a good angle on the ball and too far away will hurt your accuracy as you won't be able to swing across the ball, find what works for you.

3. Aiming Top Corner Every Time - Okay baby steps Lewandowski, let's worry about the power first then the aim later. The margins are so small aiming for the top corner that you will miss so many shots that may have went in should you have put it more conservatively on goal. Worry about striking the ball as hard as you can on goal, aim for the middle of the net if you have to and good things will start to happen, then move on to accuracy later.

4. Hitting it With Wrong Part of the Foot - I know we see all these fancy knuckle shots and outside of the foot shots etc and yes there is a time and place for those but to blast the ball like a pro stick old trusty, top of your foot aka laces. The biggest most solid bone in the foot is on top of it so aim for that bad boy at all times.

5. Forcing It - Okay I get it you want to show off your new shot and be chased around the field, but nobody is going to pass you the ball anymore if every time you get it you try and shoot from half. Pick and choose your moments, every player has a certain angle and set up they like to hit the ball from, when that presents itself and you are within 25 yards of the goal then go for it. Other than that play the game and wait for your opportunity.

top 5 pro players who can really blast the ball

how do you learn to blast the ball like the pros?

Learning to really strike a ball like a pro takes several different things. First the proper technique is without a doubt the most important attribute to learn how to blast the ball for power. Without this you can have tree trunks for legs and a foot like a frying pan but if your technique is off then it’s a waste.

You might switch on to a professional match on TV and see players striking the ball at 100mph from any and all angles and wonder how they do it. Well if you’re looking for some magical answer, there is none.

It’s really a combination of technique and repetition that has gotten their skill set to that level where it seems every strike is a dangerous one.

what's the proper technique to blast the ball with power? 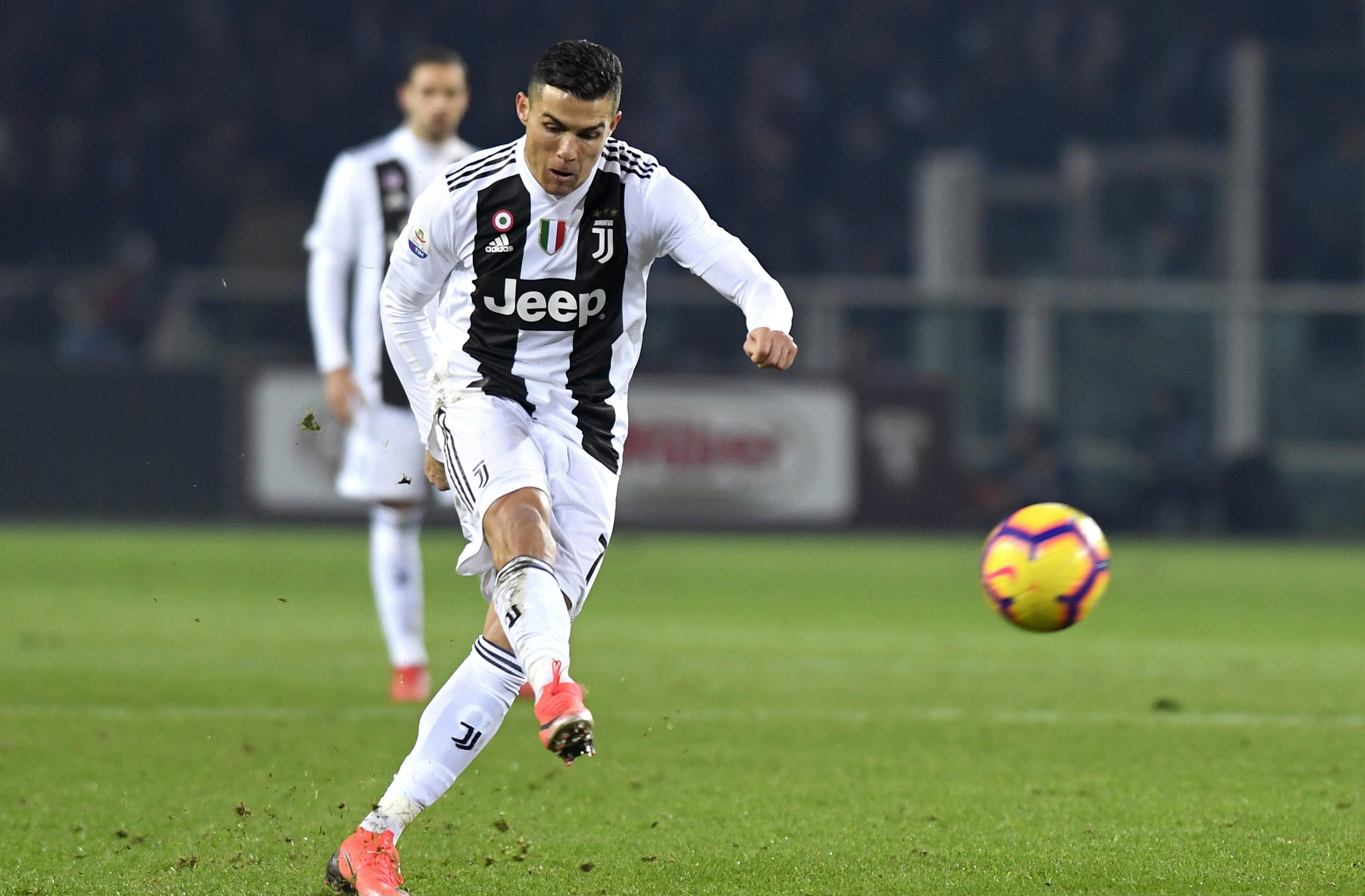 Step 2: Flex your foot, pointing your shooting toes down

Step 4: Connect with the top of your foot (laces) closer to your ankle then your toes

-The momentum of your leg swing on your shooting foot should carry you forward to land on that foot first.

-Aim low, even if the ball gets away from you a bit it will still end up on frame, where as aiming high has less room for error.

Understanding the technique is half the battle, after that it’s about perfecting the action through repetition. It’s easy to fall back into what you know or what comes naturally but to develop a new skill like this one it will take some tough times in the beginning.

You’ll feel like you’re not getting anywhere before you start to feel the progress and that’s normal when learning anything new. So no matter the situation look to use the techniques above to truly develop the skill the way it’s meant to be developed.

So your job is to stick with it, no matter the difficulties you face in the beginning and no matter the situation (a match, training or kicking a ball around alone) you must remember to implement the right technique and not fall back into your old habits. If you're looking for a program to help you shoot the ball with power check out this SoccerU Training Program on How to Shoot the Ball with More Power.

Should You Use the Top (laces) or Inside of the Foot for Power?

If your goal is to strike a ball for power then laces is preferred. You can hit the ball with some power with the inside of your foot as well but nowhere near the amount of power you can generate using the top of your foot.

Ever wondered how pros effortlessly blast the ball? Take a closer look and you’ll see that it’s all in their technique and fearless mentality to bulge the back of the net. The power doesn’t come from some fancy shoes, bright socks or the most expensive equipment but from driving the top of your foot through the ball and perfecting the shooting technique.

Does the Type of Ball You Use Matter?

As we all know a poor craftsman blames their tools. In this case as long as your technique is right that’s all that really matters. Sure you might come across a ball or two that may not be to your liking and we’d all love to be playing and practicing with champions league balls all the time but it doesn’t always end up that way.

Does the Type of Shoes I Have On Make a Difference?

If you haven’t developed the skill through hours on the training pitch and perfected the technique then an expensive pair of fancy boots isn’t going to help you.

It takes hours of dedication to learn how to really blast the ball and no you cannot buy that skill for a couple hundred dollars. So next time you look down and think to blame your boots for a shanked shot don’t go blaming them, blame yourself for your boots not being more worn out then they are.

should i aim high or low?

How low can you go? Shots from distance when you’re trying to blast the ball can have a mind of their own at times and get away from you. By aiming low you are giving yourself the best opportunity to put the ball in the back of the net.

Not only are shots that are hit low the most difficult for a goalie to reach they also can pick up speed if the surface is slick and also most susceptible for deflections which are nightmares for goalies.

Return From Blast the Ball Page to Soccer Shooting Page